Fallout 1st is Creating a Class Divide Among Fallout 76 Players

Last week, Bethesda revealed a premium subscription service for Fallout 76. Things started rough with glitches erasing player supplies and private servers that weren’t all that private after all. Now there’s another problem: growing tensions between regular and premium players splitting the community on economic lines, and creating a burgeoning class war in digital Appalachia.

Fallout 76’s premium service, called Fallout 1st, seems to have caused more problems than it solved. While the service offers a suite of special perks – private servers, a limitless scrapbox for crafting materials, unique armour⁠ – the implementation has led Bethesda to acknowledge to Polygon that the situation is “not what players expected.” Underneath this is a debate between players over what is or is not “pay to win,” with an ongoing argument that’s spilling into the game itself. Reports of players attacked for having premium status and hunkering down to defend themselves from normal players have captured attention on social media and Reddit, though these stories haven’t been corroborated. Regardless, it’s clear that Fallout 76’s community is split. 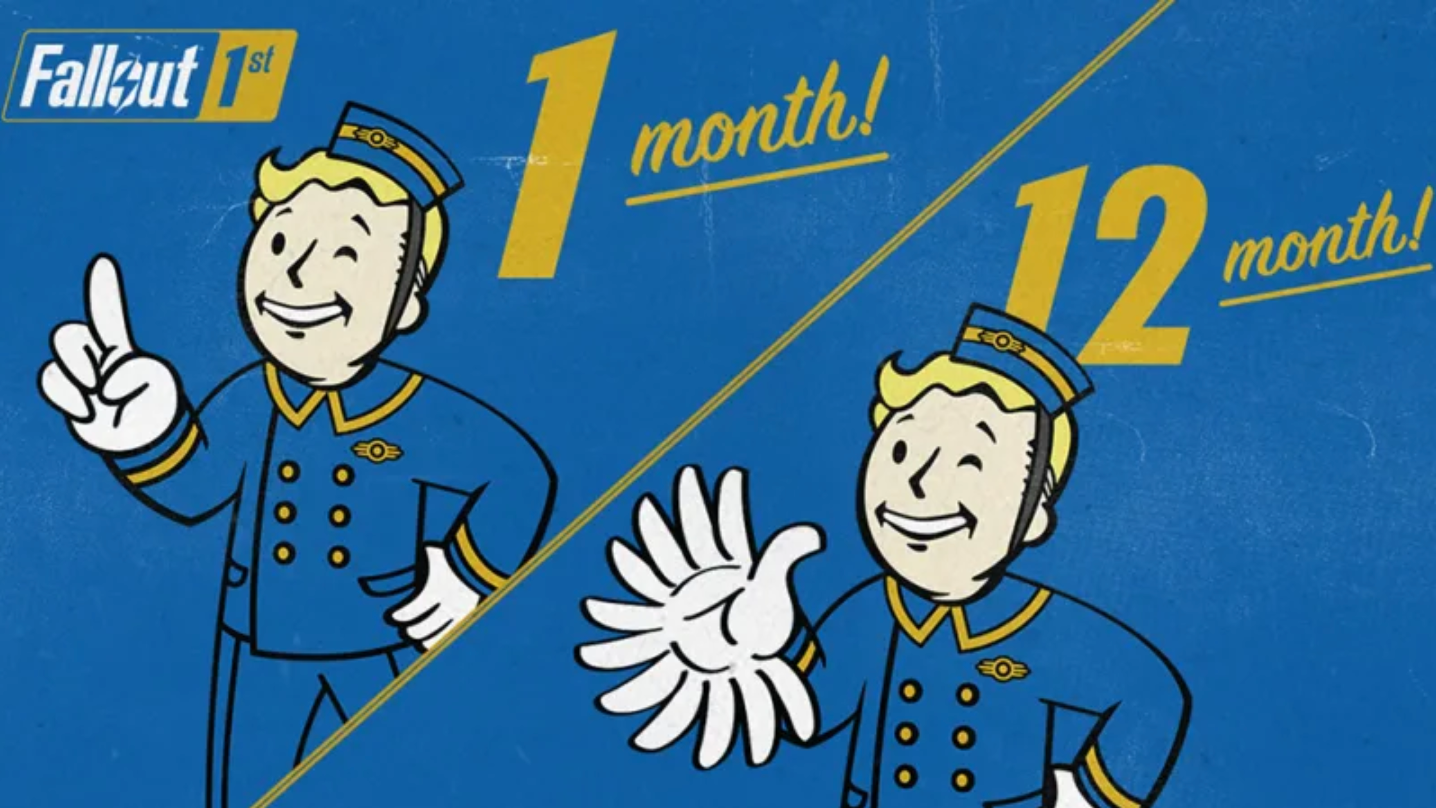 Much of this has to do with the benefits that Fallout 1st players gain with their subscription. Given how much scrap and junk players need to use for crafting and armour upgrades, a chest specifically for storing crafting materials was widely requested by the community. The game now has an unending scrapbox, but it is locked behind the Fallout 1st paywall. That has rubbed players the wrong way. This combines with another feature: a tent that can be propped up anywhere and instantly grant access to storage containers. Premium players can avoid the hassles of collecting too many items to move, making looting an easier process. Private servers have led to accusations of preferential treatment when it comes to gear farming. It’s possible to tackle public events like junkyard defence in privacy, scooping up gear and crafting materials freely. Players on a private server can, in theory, launch a nuke on their server and kill the higher level enemies at their leisure to gain powerful items that they can then take into public servers. These features launched with their own issues: the scrapbox seemed to consume players’ items, and private servers were readily accessible to anyone on the owners’ friends list. But their usefulness has angered average players.

“This isn’t an insurmountable advantage,” a player noted on Reddit. “But it is the first step on a slippery slope. If subscriptions don’t sell well as is what stops the introduction of exclusive and superior weapons and armours?”

“Everyone is mad and afraid that your purchasing of the sub will be enough to make it profitable and push the goal posts of what’s acceptable in gaming further,” another said. “Stop killing video games.”

A viral tweet sent yesterday suggests that some wastelanders have vented their aggression by attacking Fallout 1st players in Fallout 76. The game’s subreddit has posts about “1st Hunters,” griefing premium players. One player stated that the behaviour should lead to bans. Another jokingly suggested a “civil war.” Bans have been handed out for egregious behaviour before including a lifetime ban for one player who planned to “eliminate all gays.” These attacks on 1st players have been difficult to verify, and Kotaku has reached out to players for specific accounts. No matter what, trouble is brewing.

Underneath the glitchy subscriptions, possible advantages, and griefing is a legitimate concern: Fallout 1st’s cost. The service costs £12 a month or £100 a year, and while that’s not out of step with modern MMO subscription costs, Fallout 76 is a much more limited game. The result is a perception that premium players are spending money frivolously and, in doing so, encouraging further demonetisation. In a world of premium currencies, downloadable content, and loot boxes, it’s easy to see where player frustration comes from. Though it’s definitely not worth taking out on other players.