Tips For Playing The Outer Worlds

The Outer Worlds is out today, and while it’s easy to be wowed by Halcyon, you might need a couple tips to make the most of your time there.

Kotaku's Paul Tamayo has put together a quick video with tips to get you started. For some more specific help, I’ve got you covered.

There’s A Best Way To Manage Your Inventory

When you’re carrying too heavy a load in The Outer Worlds, you’ll become “encumbered,” meaning you can’t sprint or fast travel. It’s pretty easy to sell the things you don’t need, but you should also consider breaking down weapons and armour you don’t need for parts. In general, when you level up is a good time to go over what you’re wearing and get rid of underpowered stuff. You can do this in your inventory, or using a workbench – there’s a really convenient one located in your ship. Using the workbench will earn you more weapon or armour parts than doing it from your inventory, and if you have a high enough engineering skill, the workbench will sometimes yield a weapon mod or armour mod.

If you’re not sure what to break down or what to sell, you can use the sorting tools in your inventory screen to help you decide. You can sort by value, weight, type, or even the value to weight ratio of your items item.

A Lot Of Things Affect Your Stats, So Pay Attention

A lot of things can change your stats other than levelling up. Your armour, weapon mods, and even the companions you have with you have an effect on your player character’s stats, opening (and closing) new avenues of play. It can be a real bummer to try to hack a terminal only to realise that you’re one point shy of being able to, so make sure to check out what is influencing your stats before you embark on a quest. In some quests, the quest giver will straight up tell you what kind of skills you’ll need, but others require an educated guess. The first story quest on Monarch involves going through a lot of dangerous terrain, and many people warn you that it’s full of monsters. Nyoka, who has a perk that allows her to do more damage to monsters, is a pretty safe bet for that quest.

You can look at your stats in the menu screen, scrolling over to “Character” and then selecting “Skills.” The number to the left is the baseline, and the number to the right in parentheses is based on changes made by your gear and companions. If you want a breakdown of what is changing your stats, scroll over again to “Summary,” which will show you the details. 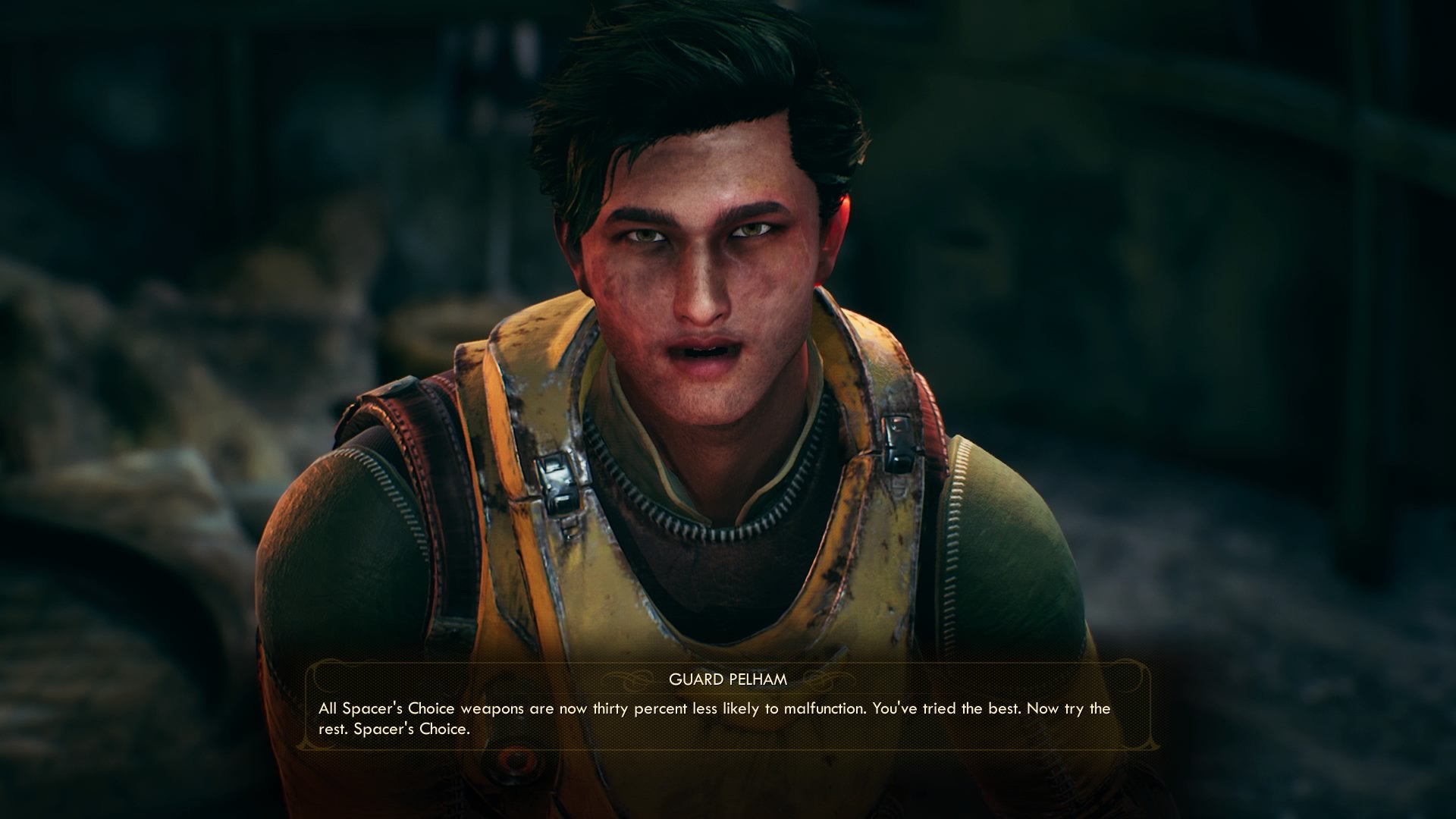 Flaws are triggered by the ways that you suck at the game, giving you a permanent debuff in the relevant area. They also give you an extra perk point for your trouble. Get hit by plasma damage too many times? If you take on the associated flaw, you’ll have an extra perk but also take 25% more damage from plasma. That’s not an insignificant amount.

When you’re considering a flaw, take into account what you’re going to be doing for the next few hours of gameplay. When I kept getting my ass beat by acid-spitting raptidons on Monarch, I opted not to take the flaw for it, because I knew I was probably going to run into a lot of raptidons. I did take the plasma damage flaw, however, because it came from playing sloppily when it came to the robotic automechanicals, who shoot plasma at you. I wanted to challenge myself to take down automechs more efficiently, and also I wanted the perk that allowed me to fast travel when encumbered. It all worked out in the end.

Boss Your Companions Around, And Don’t Forget To Tell Them To Chill Sometimes

When it comes to combat, your companions are a huge boon – or at least a handy damage sponge. If they’re not helping you out as much as you want to, pay attention to the companion commands and also their designated behaviour.

In the menu screen, you can also adjust your companions’ behaviour. By default, they’re all set to use both ranged and melee weapons, follow you at a medium distance, and be aggressive. By going to your companion’s name in the menu screen, then going to the last screen in that sub menu, you can adjust all three behaviours. While mixed weapons, medium follow distance, and being aggressive will do just fine for most of the game, there are some situations where it’ll cause your companions to just totally ruin your plans, especially if you’re trying to be stealthy. Nothing like a companion leaving cover to take a swipe at an enemy that has wandered over to the patch of grass you’re hiding in, thereby alerting all the rest of the enemies. 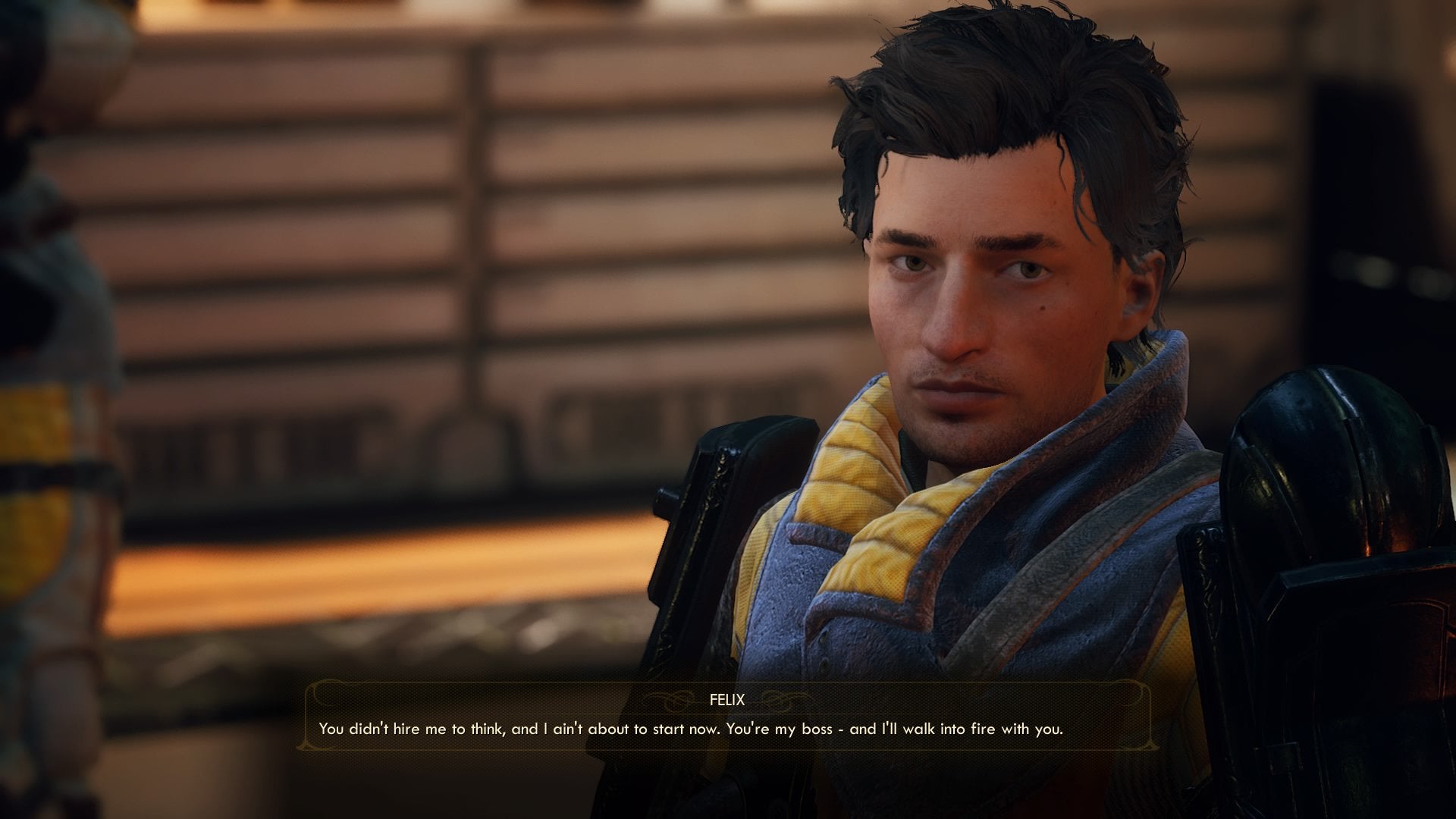 I wish I had known how useful hacking and lockpicking would be on my first playthrough. There have been many times when files on a terminal or a locked door or chest were closed off to me because I didn’t have a high enough hacking or lockpicking skill. Having a high lockpicking skill can also unlock a lot of alternate routes for completing quests, especially near the end of the game.

It also helps that hacking and lockpicking are both pretty streamlined. There are no minigames, thank goodness. Your ability to hack a terminal is determined by your hacking skill, and you’ll also need a bypass shunt in your inventory to complete the hack. For lockpicking, your skill level determines if you can unlock a door, how many mag-picks you’ll need, and how long it will take. At a high enough level, you won’t need any mag picks and it’ll only take a second to unlock a door, which can make being stealthy a walk in the park.

Having high dialogue skills also helps you in combat. The Lie, Persuade, and Intimidate skills can all trigger Dialogue Skills in combat. For instance, if your intimidate skill is high enough, after you shoot an enemy they may cower in fear, allowing you to keep shooting them until they’re dead. How sweet!

When you’re talking to a merchant or using a vending machine, your highest dialogue skill will also factor into getting you a discount. Wish I had that one in the real world. 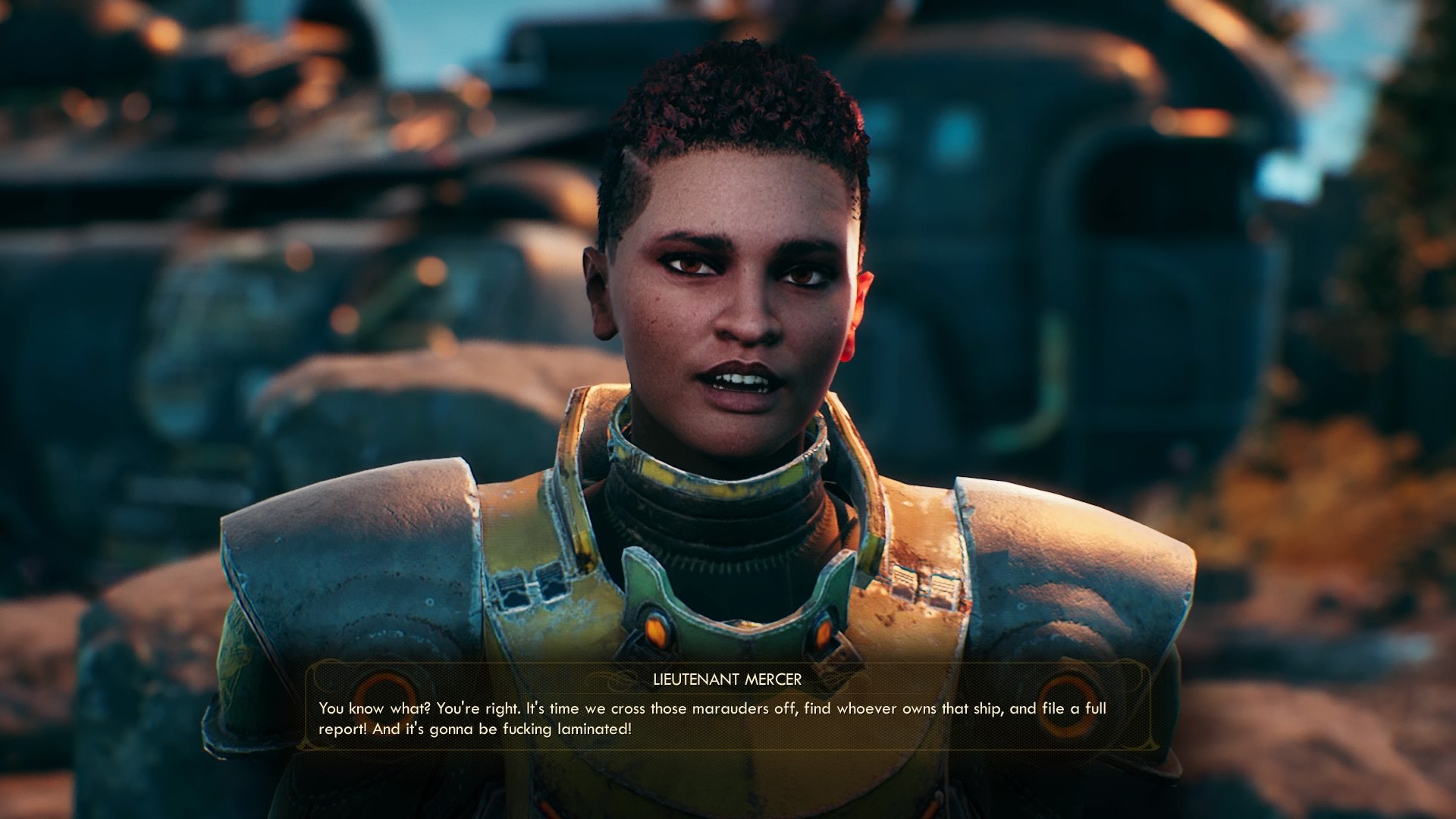 Eat, Drink, And Be Merry

You can use consumables to temporarily give yourself a boost. Given that The Outer Worlds takes place in a society completely controlled by various brands, there’s dozens of different versions of each kind of consumable. While some of them have different stats, for the most part, you can just memorise what kind of effect an item will have based on its type.

Sugary drinks raise your body related skills, and caffeinated drinks raise your mind related skills, so grab a Lemon Slap for combat and a Trip Teaz for hacking. Alcoholic drinks will raise your dialogue skills but come with a hangover that lowers your perception. Cigarettes will reduce your weapon sway, but a nicotine low will make your aim more worse. Consumable foods usually affect your health; carbohydrates increase your health generation, and meat increases your maximum health.

You definitely should give your companions a helmet, but boy howdy is some of the equipment ugly. If you’d prefer to see everyone’s beautiful faces, you can turn off helmet visibility in the setting menu. Go to Gameplay, and untick the box that’s just below the game difficulty. It’s a small thing, but it’s pretty nice not to feel like you’re being followed around by a bunch of Darth Vaders.