Tips For Playing Dungeons & Dragons When You Have Social Anxiety

Dungeons & Dragons may have dungeons and dragons, but its real secret sauce is other people. Dungeon masters and party members make campaigns fun and unpredictable, forcing players into high-stakes games of dice-fuelled improv. What do you do, though, when you want to get in on the action, but you also have a bad, dumb brain that shrieks like a frightened mouse any time it enters an unfamiliar situation involving other people?

I always wanted to join a Dungeons & Dragons campaign, but I suffer from pretty severe social anxiety, especially as it pertains to people I don’t know well. For years, I sat on the sidelines and listened to friends recount tales of D&D glory and trying to be an incompetent ass-clown, and I thought to myself “Aw, that sounds like a lot of fun. I wish I could do that.” Then, last month, I more or less stumbled into an ideal campaign for somebody of my particular predilections, and though I was still heart-in-my-throat terrified at first, I’ve been having an excellent time. From this, I’ve gleaned some lessons that might be able to help other people whose anxiety is preventing them from playing this good, cool game for nerds who need some maths in their stage play about what it’s like to be a wizard.

Play with a good mix of people

Ideally, you’d play your first campaign entirely with lifelong friends who’d never betray you or laugh when you furtively try out an accent. But that’s not always an option, and it definitely ended up being a big reason I didn’t play Dungeons & Dragons for a long, long time. That’s why I recommend the ancient art of compromise: Play with some people you know well and some you don’t. In the group I joined, it’s split down the middle: Two good friends of mine, and two people I barely know.

This has been perfect for me. In regular social situations involving a multitude of strangers, I generally use a close friend or two as an anchor so that I have at least some point of reference in terms of what to talk about, what kinds of jokes to make, etc. Dungeons &amp; Dragons is just a big, long, fantastical conversation. Initially, you can play off your friends until you find a comfort zone. Then you can interact with other members of your party at your own pace and, hopefully, get to know them, too. Suddenly, you have more friends. Who doesn’t want more friends? 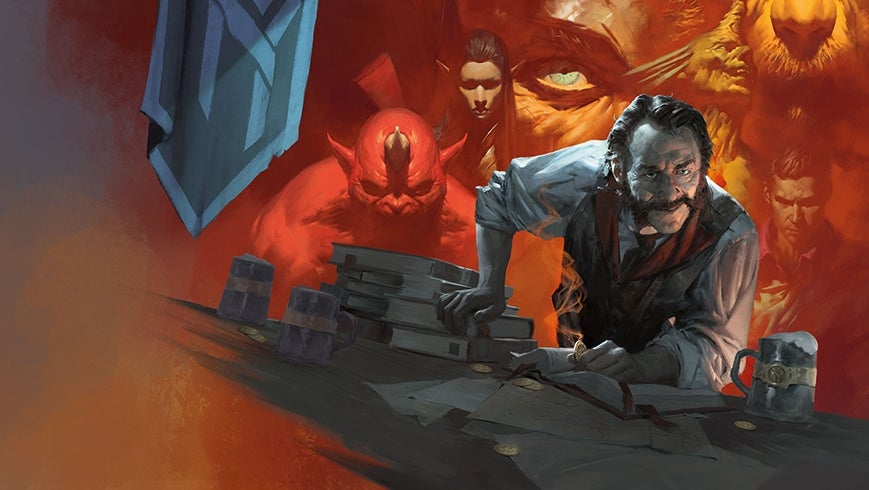 Talk about where you’re coming from

If you know you’re going to be navigating your brain’s most treacherous pathways while also skulking through imaginary dungeons, tell somebody. I recommend starting with your DM, who, if they are a relatively understanding person, can accommodate by crafting an adventure whose early goings aren’t too overwhelming. At the end of our first session, I even worked up the courage to tell the rest of my party that while I had fun, I did struggle a little bit with feeling anxious, and I received nothing but encouragement and advice. Even if somebody isn’t all that socially anxious, playing a game that requires a fair amount of improvisation with other flesh-and-blood human beings and their judgemental eyes and ears can be nerve-wracking. Most people, I’m willing to bet, will understand your dilemma.

Don’t put too much pressure on yourself

One of the specific things I voiced concern about at the end of that first session was doing an accent. I badly wanted to give my character – a human who was raised as an alligator in the fantasy desert equivalent of the Florida everglades – a more southern vibe, but I just couldn’t make the words come out. I was too nervous about how everybody would react, especially if the accent came out wrong or sounded too forced. When I told everybody about this, they were super chill.

So of course, I spent the next week attempting to psych myself up to perform the very serious task of doing a cowboy accent for an alligator man, only to instead completely psych myself out. By the time our next session rolled around, I was a ball of anxiety ready to hatch like an egg and reveal an overcooked anxiety omelette. It took me nearly an hour of playtime to shake off that built-up dread and just enjoy myself again.

Now I’ve decided that, for the foreseeable future, I’m just not going to do the accent. I felt like I needed to in order to be a real role-player or something, but I just kept hamstringing my own good time. There will be other campaigns where I can stretch my wings more. For now, I’m just going to give myself space to learn. 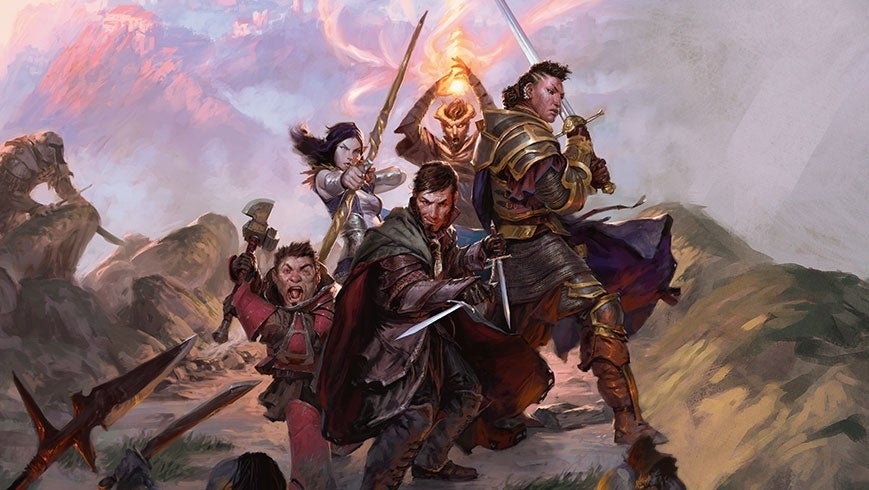 A big hallmark of anxiety is planning. Anxious people like to create structure because it feels like control and shrinks the possibility space in which anxiety-worthy things can happen. As someone who seeks comfort in the form of regular, repeating life patterns, I recommend planning around Dungeons & Dragons. Regular sessions, as opposed to ones that happen unpredictably, allow you to get into a groove and shake off some of the awkwardness that might otherwise grow like moss on your anxious underbelly.

Put some real thought into who your character is before you play, too. Where are they from? What motivates them most? How would they react to hypothetical situations X, Y, and Z? Above all else, what do they want? By answering those questions, I went into my first session with a really good idea of who my weird alligator man was, and I was able to comfortably settle into his skin without worrying about questions like “Wait, would he even say that? Will I have to contradict that later?”

That said, it’s always tempting to over-plan – to prepare for every eventuality and have a partially-rehearsed set of reactions to anything that could possibly occur. Don’t do that! Even if it feels safer in some ways, it sucks all the fun and spontaneity out of the thing. Also, it means that preparation will take forever. Give yourself a skeleton of who your character is. Put flesh on those bones through play. Leave room to surprise yourself. 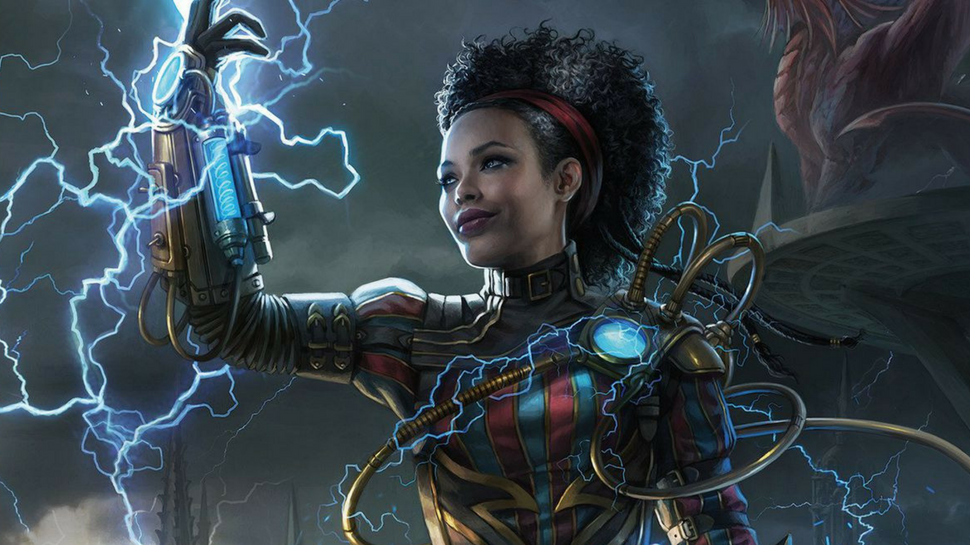 Go with the flow

I recently saw a meme that suggested people go into Dungeons & Dragons expecting to recreate Lord of the Rings or Skyrim, but in reality, they end up crafting their own fantasy-themed episode of It’s Always Sunny In Philadelphia. Based on my experience so far, that is a 100 per cent accurate assessment. I mean, we’re talking about a gaggle of regular folks suddenly let loose in a magical realm. Shit’s gonna get wacky.

This has been extremely funny, but also, because my party members largely concocted these plans, I’ve been able to sit back and comfortably interject with my own additions and observations when I want. Since my party members are currently driving the campaign forward, I’ve also been able to stay quiet and recharge when I’m feeling anxious or overwhelmed. I’ve found that you don’t always have to be 100 per cent “on” during Dungeons & Dragons sessions. You can ease off sometimes and let other people do the heavy lifting.

Really though, it’s just about having fun with whatever the DM decides to throw at you. Don’t be afraid to sacrifice portions of your carefully crafted backstory in favour of dumb fun. When you find your comfort zone, don’t shy away from taking chances. Things might go horribly wrong. You might get everybody killed, or at least severely maimed. But really, what’s an adventure without a lost limb or four?