With the launch of Overwatch on Nintendo Switch, there is officially a worst way to play one of the best games of all time.

There are a lot of sub-optimal things about this port. The timing is inopportune, for one. Overwatch is landing on Switch three and a half years after its original release, and on the tail end of a controversy surrounding its publisher, Blizzard. While the Switch has become a veritable port vacuum, it’s difficult to imagine the game’s target demographic – the sort of person who slept this long on the massively popular team shooter, but is excited enough to try it out on the one console least likely to showcase all the things that made it popular.

Overwatch is about coordination, strategy, accuracy, and positioning. A lot of games are, but Overwatch is an addictive, mind-stretching cocktail of these things in perfect ratio. Unfortunately, the Switch isn’t a great console for online competitive gaming. You have to use a mobile app for voice chat, for starters. Unless you’ve got a LAN adapter and a Pro controller and you’re playing in docked mode, it can be tricky to summon the accuracy and timing necessary to best enemies. Even for people who enjoy playing competitive games casually, these minor technical hiccups can make a relaxing gameplay session frustrating. Overwatch is not immune to this.

On the Switch, Overwatch runs at 30 frames per second. Playing for a couple of hours today on both my brand new Overwatch Switch controller and some brand new Joy-Cons, I noticed some minor to severe lag when shooting McCree’s pistol or Sigma’s rocks at opponents, which often led me to miss. (Note for Pharah mains: The skies are clear!)

Strangely enough, playing in handheld mode felt best, although that meant I couldn’t connect the console to a LAN adapter. Thankfully, handheld mode is where the game is at its most gorgeous, with all the colours and detail of maps like Busan and Paris popping out at you. On a big screen, some characters look a bit fuzzy.

The Switch edition of Overwatch adds something else that, when I first heard it advertised, really blew my mind: motion controls. One Overwatch producer compared it to playing with “a laser pointer,” adding that it can “give a little nudge to your aim and help line up shots.” It also moves the camera, although players can continue using the right joystick to do that, too. 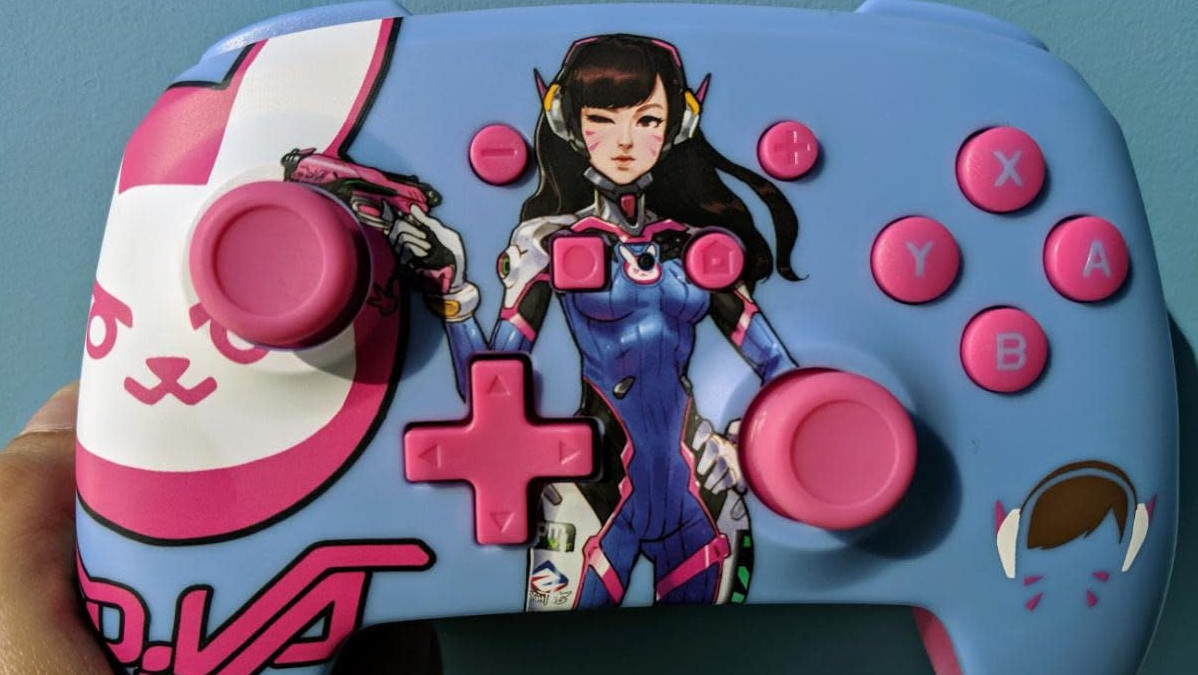 For Overwatch, motion controls are decidedly weird – and I say this as a dedicated Splatoon and Splatoon 2 player who has used motion controls for a shooter before. It was hellish to play McCree with motion controls. His satisfying combination of shoot, roll, stun, and fan the hammer loses all the tightness that makes it a combination at all. In one instance, I missed the first shot, accidentally rolled closer to my enemies instead of away, missed my stun, and unloaded my entire cylinder into the sky. This, of course, is all on me.

I can imagine a far-off world where I get very used to turning my controller a little downwards to pull off a headshot. I cannot imagine one where I get used to swinging the Switch around to check out my backline. Thankfully, the game allows you to map a button to re-centring the gyro camera. I recommend this.

I initially played Overwatch on Xbox One, and then purchased a gaming PC specifically to get more fidelity with this game. I’m not the person Blizzard was thinking of when they put it on the Switch. I’m excited for curious or casual players to try out a game that, three years later, I can’t stop playing – but I feel a little sorry that they won’t be able to experience the very best it can offer.