Maybe you’ve heard of this thing called The Witcher. It’s a book series, three video games, soon-to-be a Netflix show, and a hallmark of Polish culture. Maybe you’ve heard about it but never really tried to figure out what the fuss is. Now that The Witcher 3: Wild Hunt is coming to Switch, you say: “Well, I wish I knew what was going on.” Don’t worry, friends, I am here to help you.

The Witcher started as a book series written by Polish author Andrzej Sapkowski, detailing the monster-filled, politics-laden life of mercenary beast slayer Geralt of Rivia. What started as a series of short stories in the 90s has exploded into one of the most well-respected and well-known fantasy stories.

In 2007, developer CD Projekt Red released The Witcher for PC. It kicked off a storyline that continued in two more games, The Witcher 2: Assassins of Kings and The Witcher 3: Wild Hunt. These games have their own continuity, with monster combat, romance, in-depth roleplaying and more. In 2011, Polish prime minister Donald Tusk gave US president Barack Obama a copy of The Witcher 2. It’s that big of a deal. The Witcher 3 is considered the best of the bunch, and is often considered one of the best games of all time.

Why am I just hearing about this now?

That’s a really good question! I’ll guess that it’s because for all of its popularity, The Witcher can seem intimidating to hop into. Between decades’ worth of lore, multiple games that span hundreds of hours, and the fact that not everyone is comfortable playing an action-RPG, there’s a lot of reasons you might have missed The Witcher. It’s a lot to wrap your head around, but getting into The Witcher is as easy as it’s ever been, especially if you want to finally check out The Witcher 3.

Can you just give me the short version?

If you want to play The Witcher 3, go and play it! While it helps to know the lore and previous games, it’s entirely possible to hop into The Witcher 3 and enjoy every bit of it. The characters are great, the plot has tons of twists, there’s side-quests galore, and it really is a damn fine game. If you want to know nothing else, know that you can pick up a copy and play without months of studying what the hell a witcher actually is or learning the complex political history of the Northern Kingdoms. 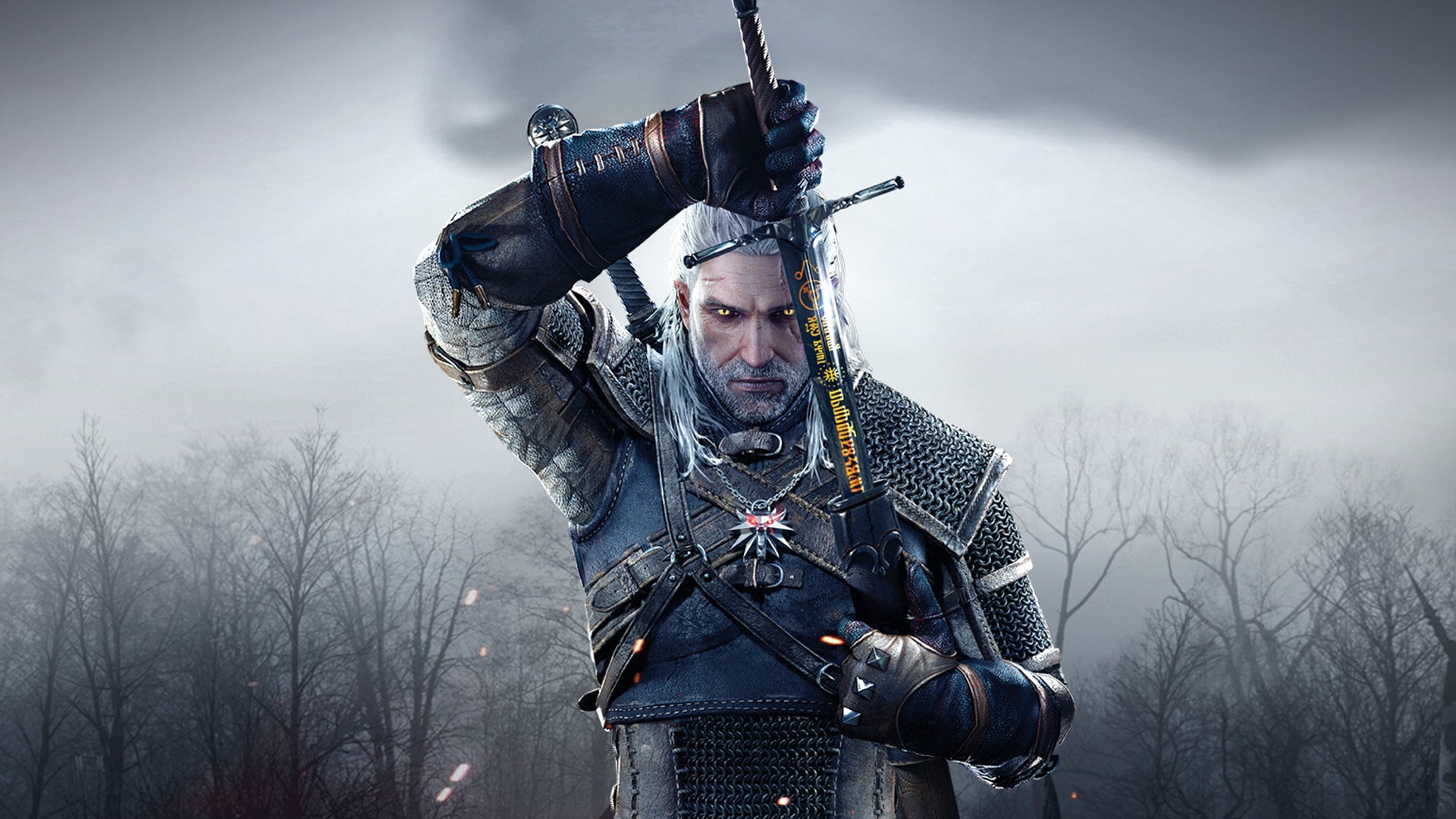 But I want to learn all of that!

Great news! Kirk Hamilton, who apparently worked at this website for a while, wrote a huge lore guide that breaks down The Witcher in immense detail.

If you want a short version of that, here’s the deal: The Witcher 3 tells the story of Geralt of Rivia, a magical monster hunter who roams the land taking jobs to slay all sorts of beasts. Following the end of The Witcher 2, the empire of Nilfgaard is rapidly expanding to claim tons once independent kingdoms. As this occurs, Nilfgaardian emperor Emhyr var Emreis hires Geralt to find a young girl named Ciri who has connections to Geralt’s past and potential claim to the Nilfgaardian throne. Hilarity ensues.

Don’t people get freaky in these games?

Who should I romance?

In order to save myself from the comments, I will respectfully abstain from answering this question.

What’s this “Complete Version” about?

The Witcher 3 received a smattering of free post-release downloadable content like new costumes for characters, but it also had two huge paid expansions. The Complete Edition grants you access to all of this, be it on the Nintendo Switch or any other platform. The first DLC, Hearts of Stone, is a gloomy and emotionally charged side-story. The second DLC, Blood and Wine, works best as a sort of epilogue after the main game. That said, you can access and play them pretty much whenever you want.

Can you break down the campaigns? The Witcher 3: The Wild Hunt

What’s it about? Geralt is hired by Nilfgaard’s emperor to find his adopted daughter Ciri, but things are more complicated than they seem. Ciri is heir to both Nilgaard’s throne and an ancient elven bloodline that grants her the power to control space and time. That power draws the interest of the Wild Hunt, a group of interdimensional elven warriors eager to exploit it for their own ends. Geralt and Ciri are thrust to the forefront of a conflict that won’t just decide the fate of nations but also the fate of the entire world.

The best part: Geralt’s profession as a witcher is highlighted thanks to a string of detailed side-quests that really capture the feeling of being a monster hunter. Ciri is one of the most likeable protagonists in the history of video games. There’s sex on top of a stuffed unicorn, amazingly choreographed fight scenes, and next to no filler content. Everything is worth experiencing and everyone is worth talking to.

The worst part: Every now and then, there’s difficulty spikes in the combat that slow down the pace. The best endings are reliant on a series of very specific criteria that’s hard to know about without a guide. What’s it about? Geralt accepts a job from the cavalier nobleman Olgierd von Everec during which he is captured. A storm scuttles the ship he is held prisoner on, and Geralt soon finds himself dealing with the strange merchant Gaunter O’Dimm. O’Dimm wishes to collect a debt from von Everec. As Geralt learns the two about these two men, it’s clear that something far more magical and terrifying is afoot than mere monsters and murder.

The best part: Incredibly moody tone paints a picture of intrigue and forbidden magic. O’Dimm and von Everec are immensely watchable characters who light up the screen. Bloody revelations constantly change the player’s perception of what’s going on. Geralt allows a lecherous ghost to possess him for a day in order to attend a wedding, and it’s one of the best quests ever put into a game.

The worst part: It takes a while before the real plot starts to show itself. 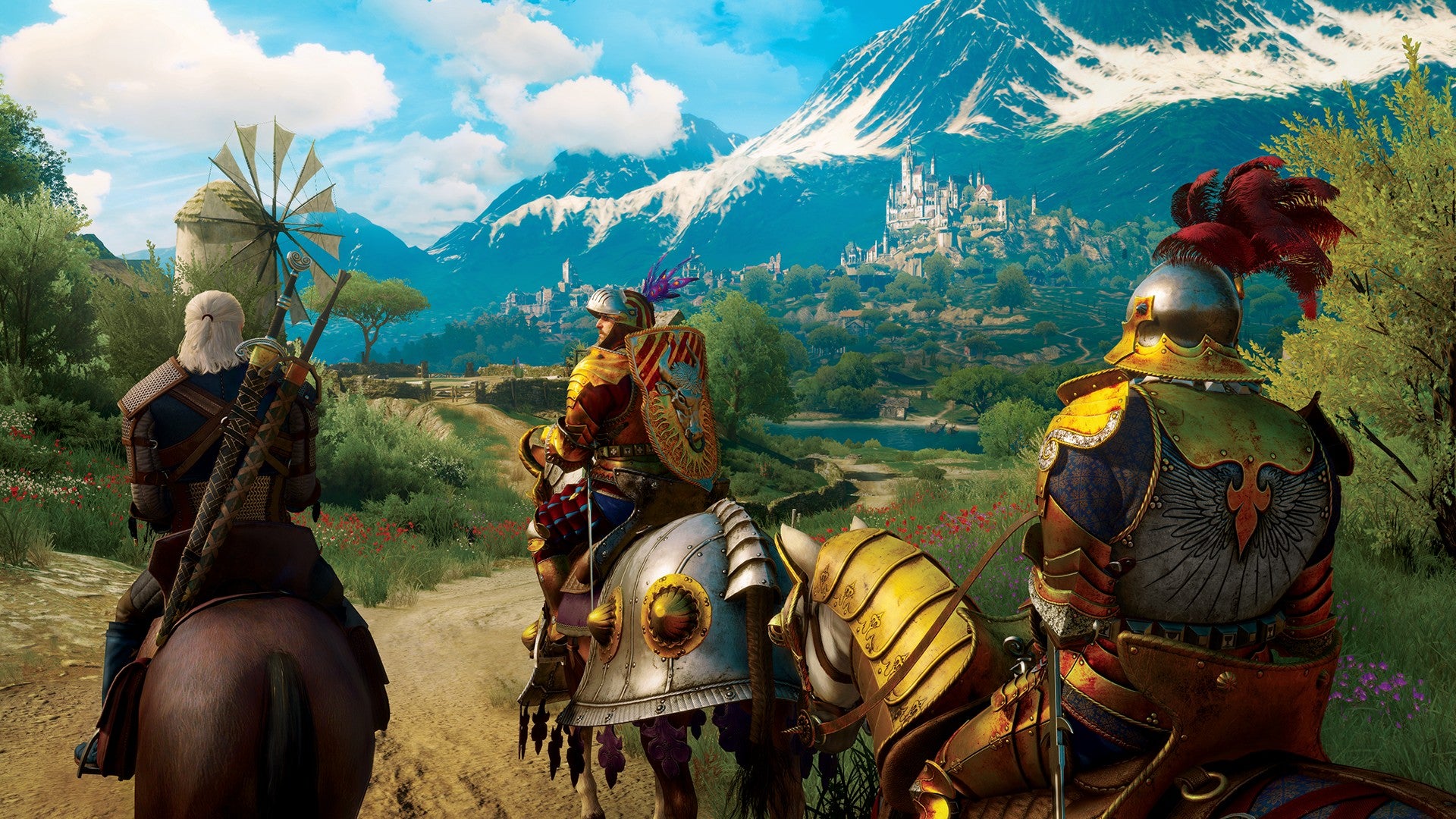 What’s it about? Geralt agrees to help the duchess of Toussaint hunt down a monster that is terrorising the countryside. It becomes clear that the creature is actually a shrewd vampire working with the duchess’ long lost sister. The fate of the nation rests on Geralt’s shoulders, hinging upon his ability to reconcile the two sisters’ frayed relationship.

The best part: Toussaint is absolutely gorgeous. The intricate plot really drives home a feeling of bickering nobility. Vampires, vampires, vampires! Geralt gets high and his horse talks to him.

The worst part: Once again, it takes a highly specific series of decisions to get the best ending.

All of that sounds awesome. What else should I know?

If you ever find yourself too lost, you can use this handy tips post to make sure you have the best armour and abilities. In general, don’t be afraid to look at guides if you need a little direction for quests or combat. The Witcher 3 is huge, and while you should be wary of too many spoilers, there’s no shame in checking out a walkthrough.

The Witcher is great, and the video games have morphed into their own fantastic blend of action and roleplaying. It’s never too late to get started, and it’s even easier now that you can carry The Witcher 3 around on your Switch. Don’t be intimidated. Hop in and get messy, enjoy the story and make mistakes. If you want to check a guide, go ahead. If you really want to read the books or play the old games, you can, but you don’t need to. Take the plunge and you’ll find yourself pulled into an adventure unlike anything else.