Now that the Battle for Azeroth is winding down it’s time for World of Warcraft to take care of unfinished business. The next big free game update, Visions of N’Zoth, pits Horde and Alliance players against the maddening threat of a powerful elder god. More importantly, it adds two new playable allied races, the fox-like Vulpera and cybernetic Mechagnomes.

World of Warcraft game director Ion Hazzikostas really knows how to bury the lede. During the latest developer content update preview video, he goes on and on about players delving into the dark realm of N’Zoth, acquiring items and upgrades to help stave off madness so they can eventually confront the elder god. Haazzikostas talks about N’Zoth invasions of Uldum and the newly-restored Vale of Eternal Blossoms in Pandaria. He doesn’t get to the new allied races until 13 minutes in to the 18 minute video.

The Vulpera are a race of fox looking critters native to the Vol’dun region introduced in the Battle for Azeroth expansion. I’ve written about them before, specifically about their alpacas and how I long to play as one of them. The Vulpera, not the alpaca. Honestly, I’d take either. The Vulpera are the new Horde allied race. Players who’ve completed the Vol’dun questline and have reached exalted with the Voldunai faction will be able to play them when Visions of N’Zoth goes live. 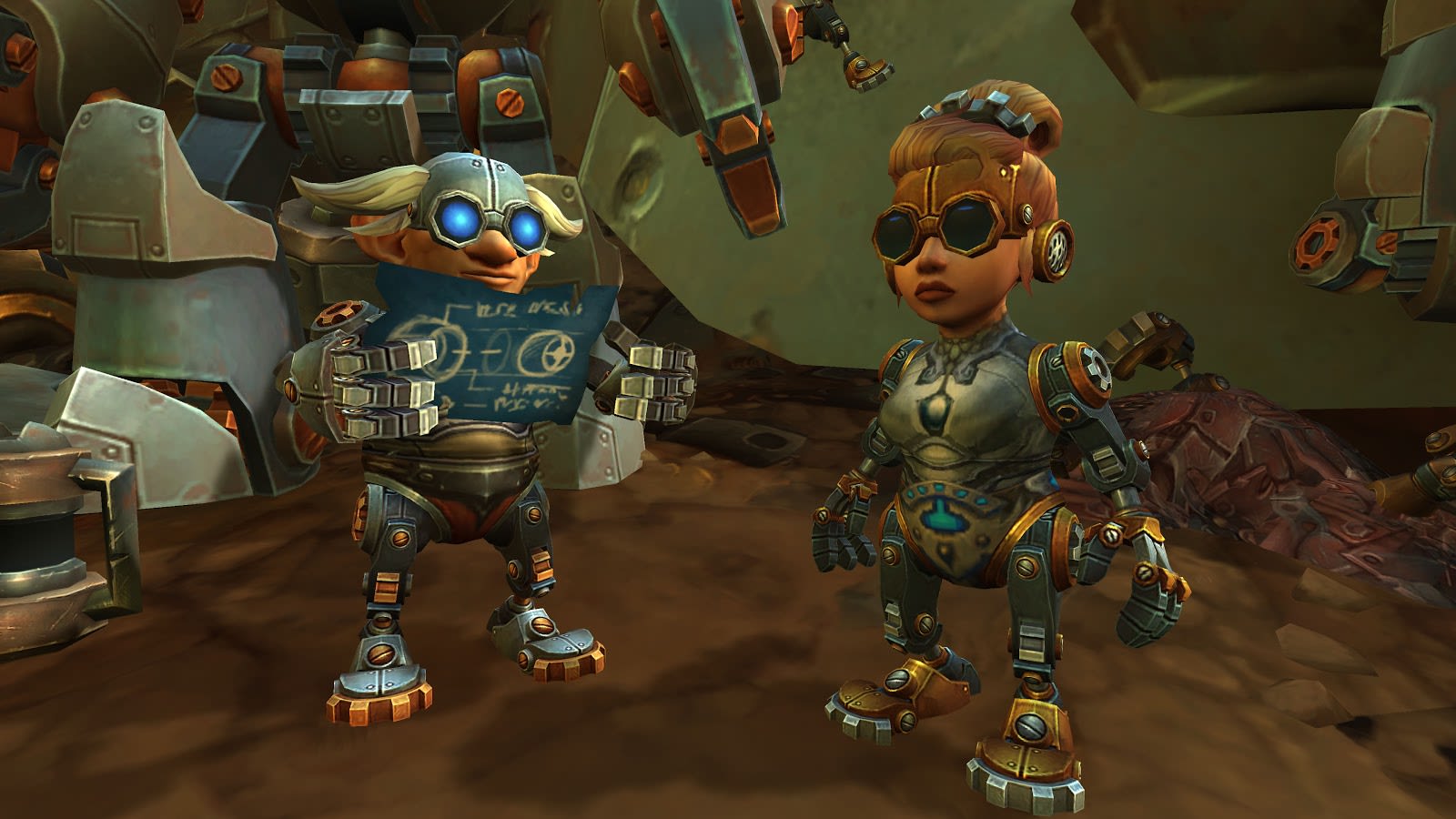 I’ve also talked about the Mechagnomes, residents of the junkyard paradise that is the Mechagon Island zone. They’ve replaced most of their meaty bits with much superior metal parts. Gears, cogs, that sort of thing. Alliance players who’ve reached exalted with Mechagon and have completed a questline can rise above the flesh while remaining below the “you must be this high to ride this ride” line.

Check out the video for more, not nearly as interesting information on Visions of N’Zoth. Blizzard expects the update to be live on the public test realm for players to poke at later today.