Destiny 2's big New Light overhaul today boosts all existing players to power level 750. It also may slightly adjust your progression. Here are some things that stood out at first glance when I logged into the game with my character today.

First, there’s the character screen, now complete with Sparrow vehicle and Ghost along with lots more stats and an inventory slot for the new Seasonal Artifacts. Compare that to how my character looked yesterday morning, before the game’s servers went down to prep for today’s update. 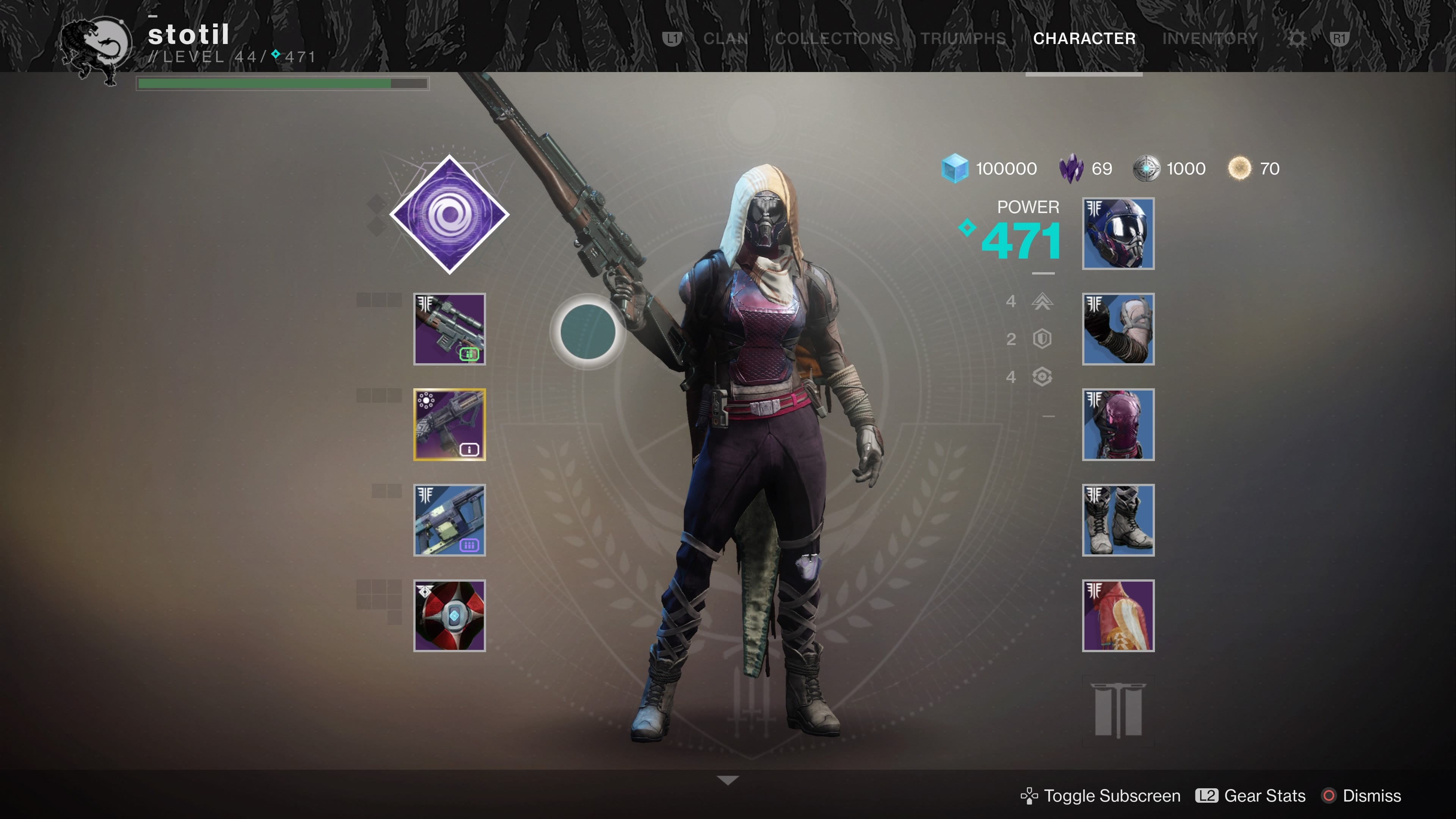 Quite the power level boost, as you can see, from 471 to 750 and a boost of Bright Dust from 70 to 870 (I had pre-ordered the new Shadowkeep expansion, complete with the new annual pass, so it’s possible the Bright Dust increase is due to that).

Drop down to the lower part of the character screen, where you can select your Sparrow and your spaceship, and you’ll now also see an option to equip a finisher. These are the new combat moves added with the expansion and sold in the in-game store.

My Hunter has a forward-spinning attack by default.

I had finished the game’s original campaign and the main campaigns of the Curse of Osiris and Warmind expansions. I had only played the first two missions of the campaign from last year’s Forsaken expansion, and, as Bungie warned, my progress on that one was rewound. I’ll have to start over from its first mission if I want to complete it. (The post-campaign quests I unlocked for the other expansion campaigns remain available to me, so the game definitely was just checking if you got to the end of the main questline as opposed to doing all of each expansion’s side stuff.) 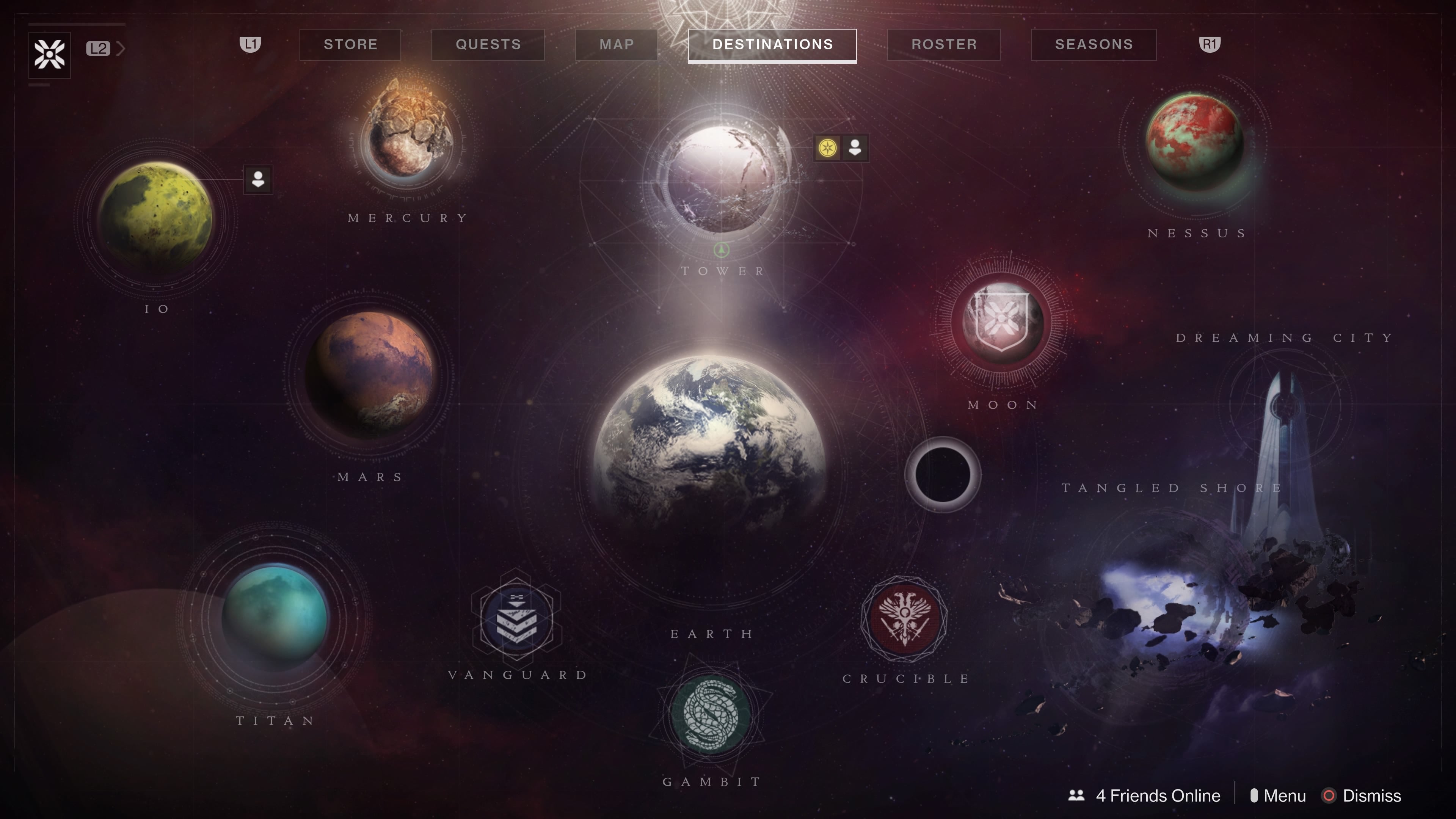 The game’s map is much more open to me than it had been. While I’d not unlocked Forsaken’s Dreaming City, it’s now available for me to explore. And even though I lost my Forsaken campaign progress, I can still visit its opening Tangles Shore zone and its quest-giver, the Spider. I even still have some bounties he gave me. 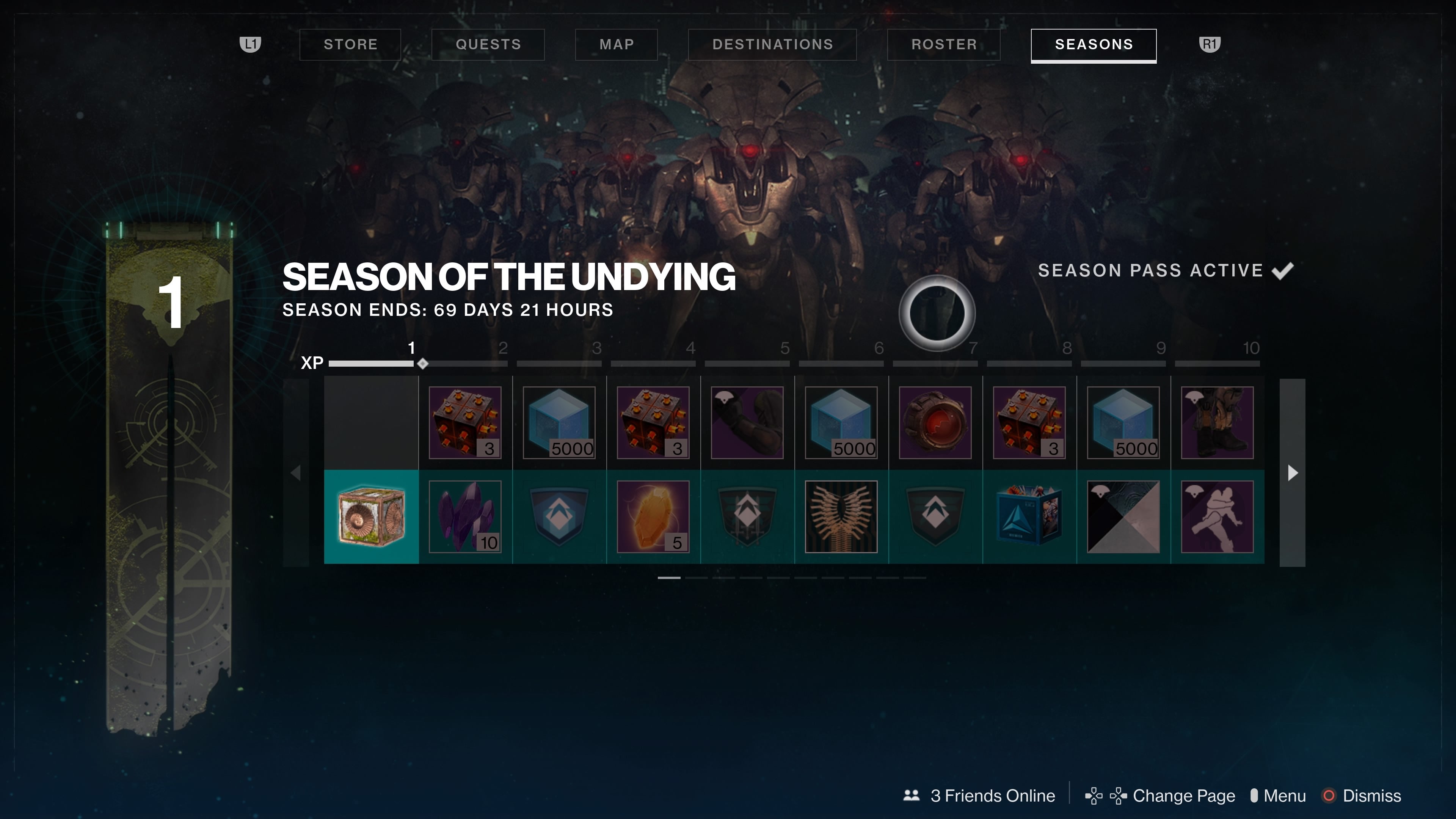 Bungie is pushing its store harder than before, adding it as a tab from the game’s main Director map. There’s also now a tab for Seasons, which is the Fortnite Battle Pass-style stream of unlocks that players get for plugging away at Destiny for the next 70 days. 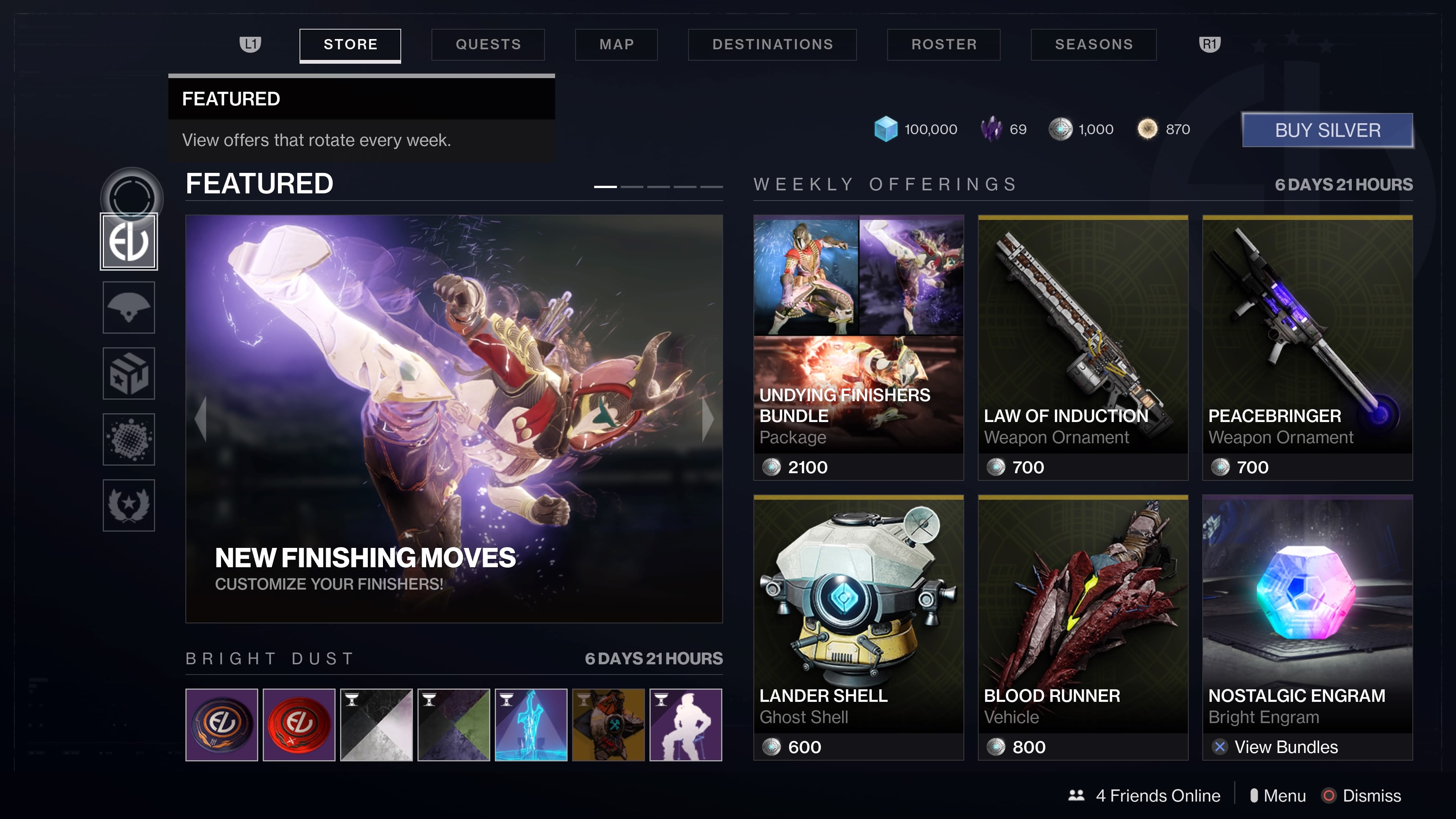 The main event of today’s new Destiny 2 offerings is the Shadowkeep expansion, which I’ve not yet started. We’ll have impressions on that soon, but there are also other things to poke at, including new quests in the Tower to reach power level 900 and one to try out the new finisher.

I can try for that power level 900 quest as long as those servers hold up... 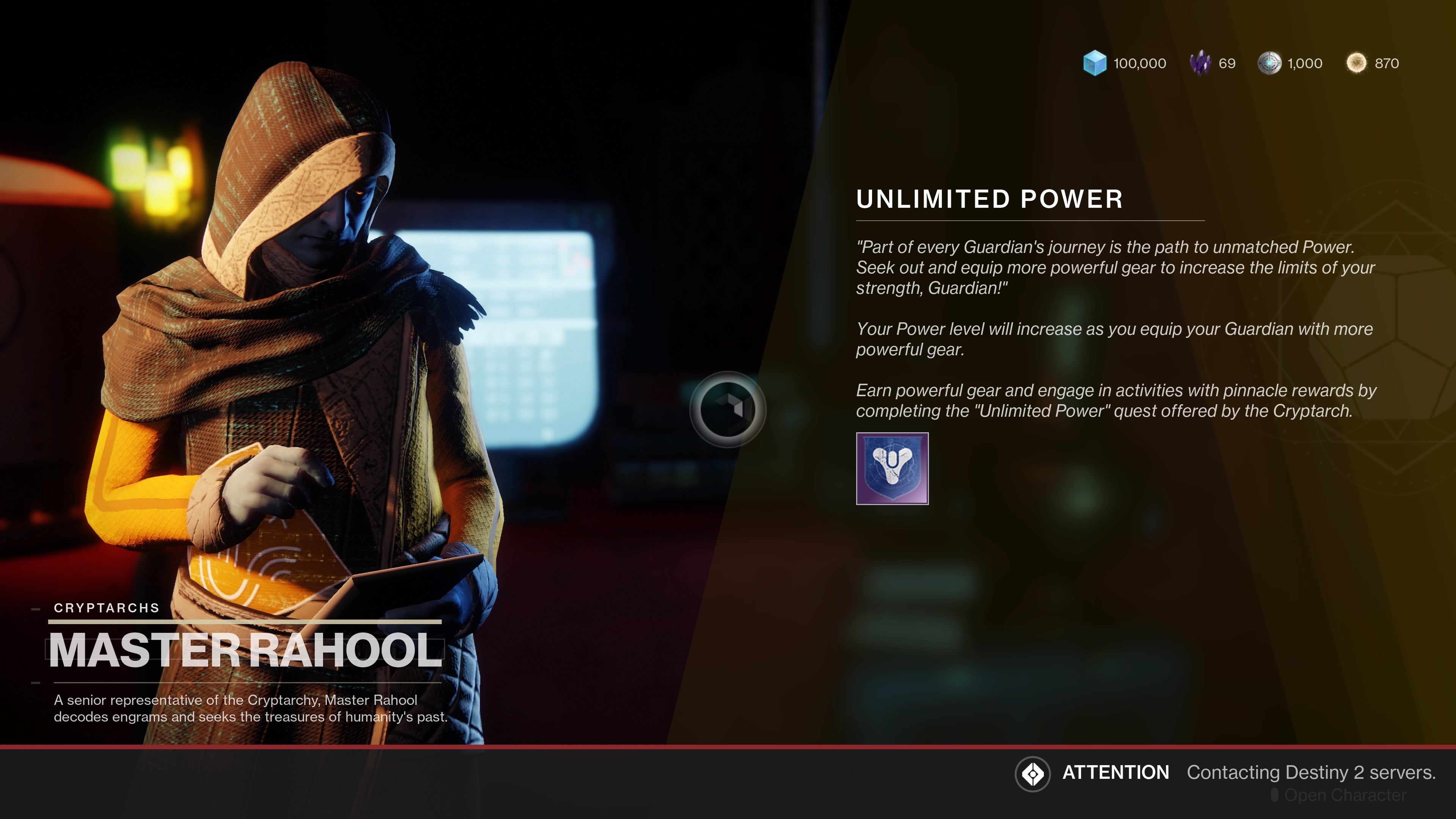 We’ll have more about Destiny 2's changes, including impressions of the new armour system, the Shadowkeep expansion and more in the coming days.