The Gentlebros’ Cat Quest II, available now for Apple Arcade and Steam, is exactly what I wanted from a sequel to 2017’s adorable adventure. It’s got more magic, more armour, more weapons, and more horrendous animal puns, tied together in one approachable action role-playing game. And this time around, dogs get equal screen time.

The original Cat Quest was about one feline hero’s rise to power. Cat Quest II tells the tails of two displaced monarchs, one cat and one non-cat, returning from ages of imprisonment to assume their rightful position as rulers of their respective kingdoms. 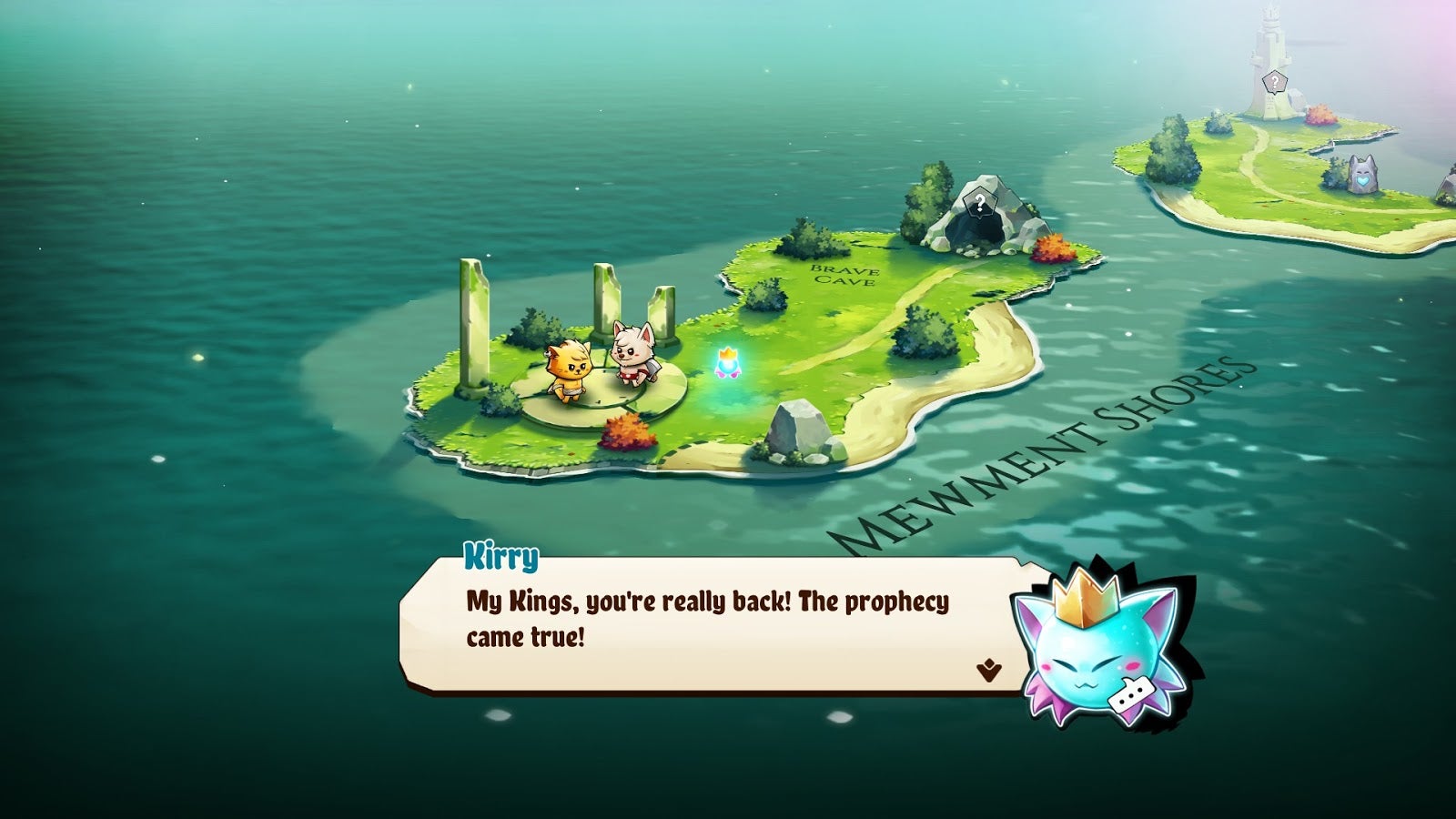 The furry heroes emerge from limbo with little more than the weapons on their backs and the loincloths covering their bits. Only by questing, exploring dungeons, and dispatching the evil creatures roaming the land can they grow in power, re-learn their lost magic, don powerful equipment, and eventually get some dang clothes on. 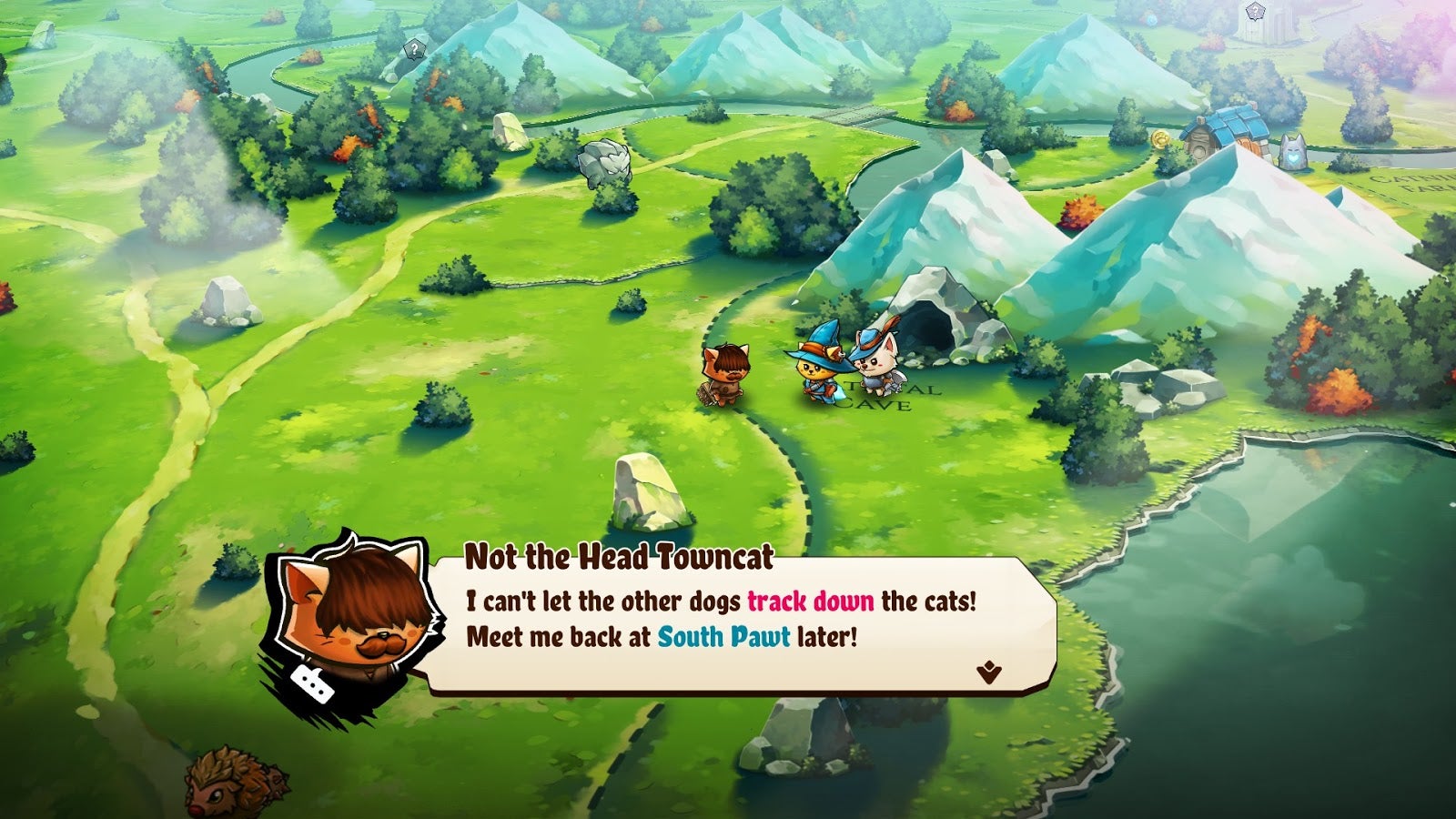 Like the original game, Cat Quest II is a very easy-to-grasp action RPG. Battles, which take place either on the overland map or in deep dungeons, involve swinging weapons and dodging telegraphed enemy attacks. Magic comes into play early in the game, with the heroes learning elemental attacks, defensive buffs, and healing magics. Exploiting enemy weaknesses is important in Cat Quest II, as is keeping an eye out for environmental dangers like pop-up spikes, which can damage lured enemies as easily as furred heroes. Later battles can get hectic, especially when enemies start filling the screen with projectiles, but it’s never overwhelming. It’s simple and fun, the sort of combat design that makes it worthwhile to take an occasional detour from a quest path to fight some wandering monsters.

Cat Quest II stars not one but two mighty heroes. Players can swap between the doggo and the gato on the fly, or recruit a friend to take over one of them in local co-op play. Two characters effectively gives players two load-outs to swap between. In my current playthrough, I’ve got my cunning cat mastering my magic while my dumb dog swings heavy weapons, wears heavy armour, and gets in the way of heavy damage.

Did I mention the game is super-cute and full of puns? Did you notice the canine village in the video is named Pound Town and it’s the home of treasure hunter Barkthan Drayke? And who doesn’t want to cast spells with names like Flamepurr and Freezepaw, even if casting spells is cause for purrsecution? 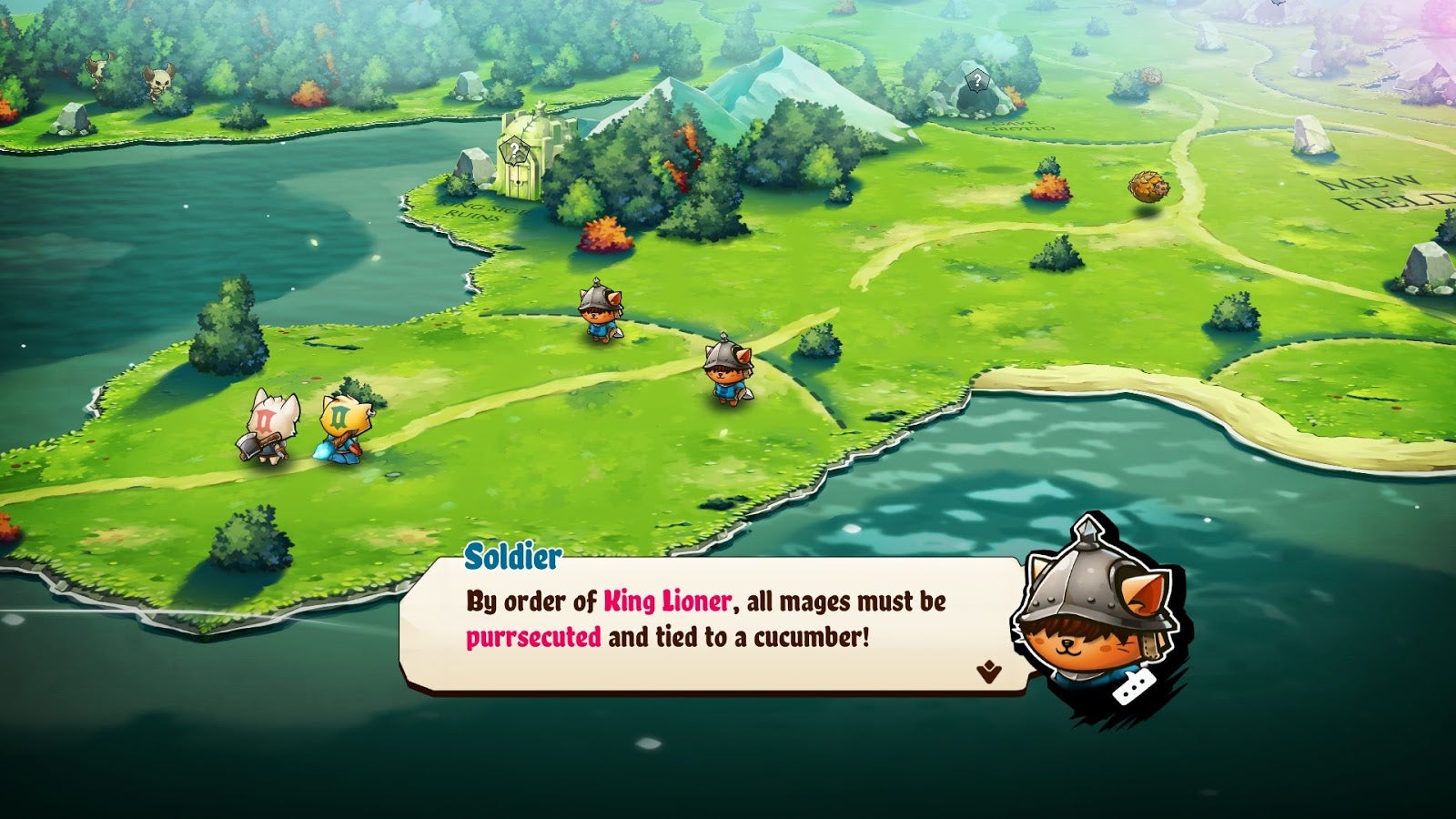 Cat Quest II is my kind of game. It’s fluffy, goofy fun, the sort of game I wouldn’t mind playing with my son when it comes to the Switch later this year, until he asks me why I’m laughing so hard at the name “Pound Town.”