“At this point, it’s no longer pay-to-play,” said a commenter on Runescape’s subreddit. “It’s pay-to-pay.”

Controversy over microtransactions is rocking the community of 18-year-old fantasy online role-playing game Runescape. Criticism of the game’s allegedly predatory microtransactions bubbled over after a recent Parliament report referenced disordered levels of spending in video games, specifically flagging Runescape among others.

Runescape players’ beef with microtransactions started in 2012 with the game’s “Squeal of Fortune” update, which let players spin a wheel in exchange for armour, money, or experience points. Players could buy the opportunity to spin the wheel, too, with 10 spins going for £3.50 and 200 (plus 250 bonus spins) going for £69.99. “This was met with some severe backlash at the time,” said one longtime Runescape player who goes by Jake. “Mind you, in the beginning the XP and gold available for purchase through the gambling was completely not worth it, and pretty miniscule, but people (rightly) were worried for the future,” he said.

“Squeal of Fortune” was replaced by “Treasure Hunter,” which gave players the option to open chests containing random items with keys they earned or purchased. Runescape once offered a promotion in Treasure Hunter called “Prize Pool,” which let players gamble on winnings for better prizes at the risk of losing everything. After player backlash, Jagex explained that they “let the balance tip too far and promotions seemed to dominate the game, especially when coupled with underwhelming content updates. The Prize Pool promotion design was misjudged and it crossed the line.” On top of Treasure Hunter, Runescape has also offered bonds, a Fortnite-inspired RunePass, and paid features like RuneMetrics, which lets players see gameplay stats; more action bars; and increased bank space. A £6.99 monthly Runescape membership unlocks quests, skills, and minigames.

This week’s flare-up happened after Parliament’s September 9 report on “immersive and addictive technologies.” The report references “a member of the public whose adult son built up considerable debts, reported to be in excess of £50,000, through spending on microtransactions in British company Jagex’s online game RuneScape,” which, it says, “caused significant financial harm for both the player and his parents.”

“Jagex told us that it generates about one-third of its revenue from microtransactions, with two-thirds coming from an alternative subscription model. The company’s director of player experience Kelvin Plomer told us that players “can potentially spend up to £1,000 a week or £5,000 a month” in RuneScape, but that only one player had hit that limit in the previous 12 months. The company’s reasoning for setting this limit seemed to stem from fraud prevention, rather than out of a duty of care to prevent people spending more than they are able. Jagex does allow players to “request deletion of the account or suspension of the account or a payment block”; however, crucially in the case of the parent who contacted us, for data protection reasons it can deal only with account holders and so was unable to take direct action in response to the parent’s concerns.”

Jagex said it makes a third of its revenue from the 10 per cent of its players who spend money on microtransactions. In April, Jagex announced their highest revenues ever with £92.8 million made in 2018. Jagex’s CEO described it as the “fourth successive year of significant growth.”

In the intervening days, Jagex also nerfed one Runescape skilling method while offering an “overpowered” – in two players’ words – promotion in Treasure Hunter (today, they put a powerful set of armour on Treasure Hunter, too). Players interviewed said they’d prefer paid cosmetics rather than paid gameplay boosts. After Kotaku spoke with seven Runescape players, it was clear that that Parliament’s statements and recent actions had sent a shockwave through the community. 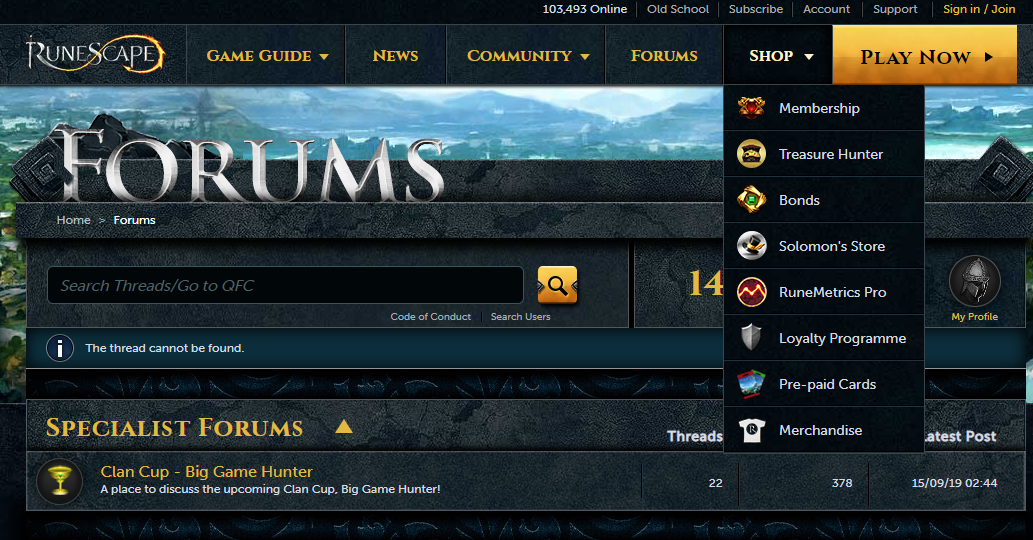 “The nature of loot boxes I do find very predatory, the fact that they hide the true value of items and experience to get more money from players is particularly nefarious. I think that players would be a little less critical if they just sold experience outright,” said a longtime Runescape player who goes by Ben.

Another player told me why he thinks there’s been so much controversy around microtransactions: “A combination of especially aggressive Treasure Hunter promos, a lack of content updates for several months, and a strong feeling from the Runescape community that they are being taken advantage of. Outrage over microtransactions in Runescape isn’t a new thing; there is just an overwhelming sense of ‘this company really doesn’t care about us’ when they keep, keep pushing these promotions after many years of being told to stop, or at least tone down, without any signs of interest from Jagex.”

In the past, Jagex has scaled back microtransaction mechanics that inspired backlash. The RunePass, a Runescape mod said, was “a test to see if we can pull back from other things like [Treasure Hunter].” They continued, “Our overall goal is to deliver you frequent, high-quality content updates, bring the game onto more platforms, and tune MTX to be less abrasive.” Jagex did not return Kotaku’s request for comment by the time of publication.

One player told Kotaku that he’s what game companies would consider a “whale,” a term for players who spend a lot on microtransactions. “When I got older and got a job, I started to buy these microtransactions myself. I’d say I’ve spent over £500 on Runescape’s microtransactions alone. And that’s a conservative amount compared to most games I’ve played,” he said. Eventually, the player said, he began to feel like he “had cheated and hadn’t actually achieved anything” because of the “overpowered promotions.” His friends called him MTXman.

Now, the player only plays the old-school version of the game, which is lighter on the microtransactions. “Because of these microtransactions, it made me realise how much I was spending on something I didn’t even need or enjoy in the end and made me actually stop buying them in all games,” he said.