Some Borderlands 3 players have reported issues with crashes leading to corrupt save files and, more concerningly, some wonkiness with cloud saves preventing players from loading up an older, non-corrupted save file. Publisher 2K Games says that they have a fix.

Yesterday, Kotaku’s own Paul Tamayo fell victim to the unfortunate combination of issues that has led to some Borderlands 3 players losing their save files. It’s caused by a cocktail of game crashes and a specific bug in the game’s cloud save system. Paul ended up losing eleven hours of gameplay.

“I was playing it on PC with Josh [in the office] yesterday, and our PC just crashed, blue screen and everything,” Paul said. “I tried to start the game up in the Epic Games launcher. It asked me to sync the save from a little earlier (right before the game crashed, I assumed), and when I got to the title screen, I only had the option for New Game. I clicked on my profile and got this for my characters.” 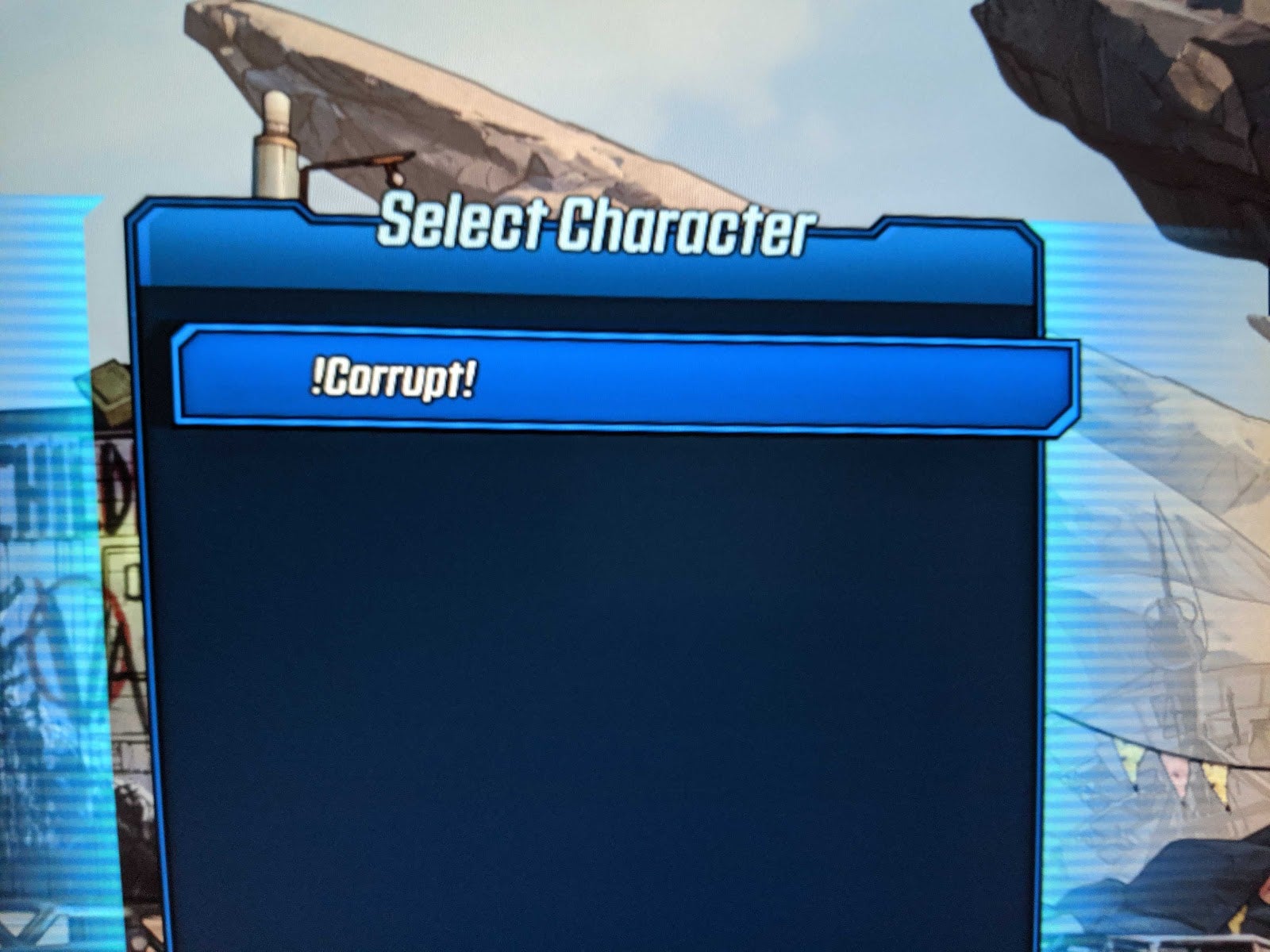 Paul figured that save file was doomed, but he knew he had a non-corrupted save file back at home. That night, on his personal computer, Paul tried to load up that local save file. But then, without prompting him, Borderlands 3 went ahead and synced his corrupt save file from the cloud. “That’s how I lost my 11 hours,” he explained.

Paul is not the only person this has happened to. If you search “Borderlands save” on Twitter, dozens of other people have also reported game crashes leading to corrupted saves. When combined with the unrelated but equally annoying bug of a missing pop-up that is supposed to ask the player whether or not they want to sync their cloud save, some players are losing hours of progress.

“We understand just how frustrating this situation is for those who have been affected, so we’re working with our partners at Epic to monitor the situation and ensure the issue gets fully resolved,” a representative from 2K told Kotaku. “We’re listening closely to our community and players, and will continue to do all we can to ensure the best experience possible for everyone.”

The representative added that cloud save issues appear to be affecting PC players in particular, and that the team has implemented a hot fix to address the pop-up window that will ask players if they want to sync their cloud save or not.

For the players who have already lost progress, the course of action is less clear. Losing progress on a game is always frustrating, but at least in Borderlands, there’s always more loot.