The New Plants Vs. Zombies Shooter Is Off to a Strong Start

Launched last week into a special Founder’s Edition early access period, Plants Vs. Zombies: Battle for Neighborville might not have a lot of content yet, but it’s already a blast to play.

If you enjoyed the colourful cartoony competitive world Popcap Games built with Plants Vs. Zombies: Garden Warfare and its sequel, you’ll probably love Battle for Neighborville. It’s a game that builds on what came before. The gameplay is mostly the same, with a few tweaks here and there; both sides of the never-ending conflict have gained a couple of new troops.

The biggest change to basic battles is the new sprint feature. The previous games had players’ characters running at a slow and even pace. Now every character can sprint at will. Certain skills and abilities for each character class are unavailable while sprinting and health will not regenerate, so there is a trade-off for the extra speed. The main benefit is less downtime between kills and less time spent waddling back into the fray. Plus the characters all look incredibly cute while running. 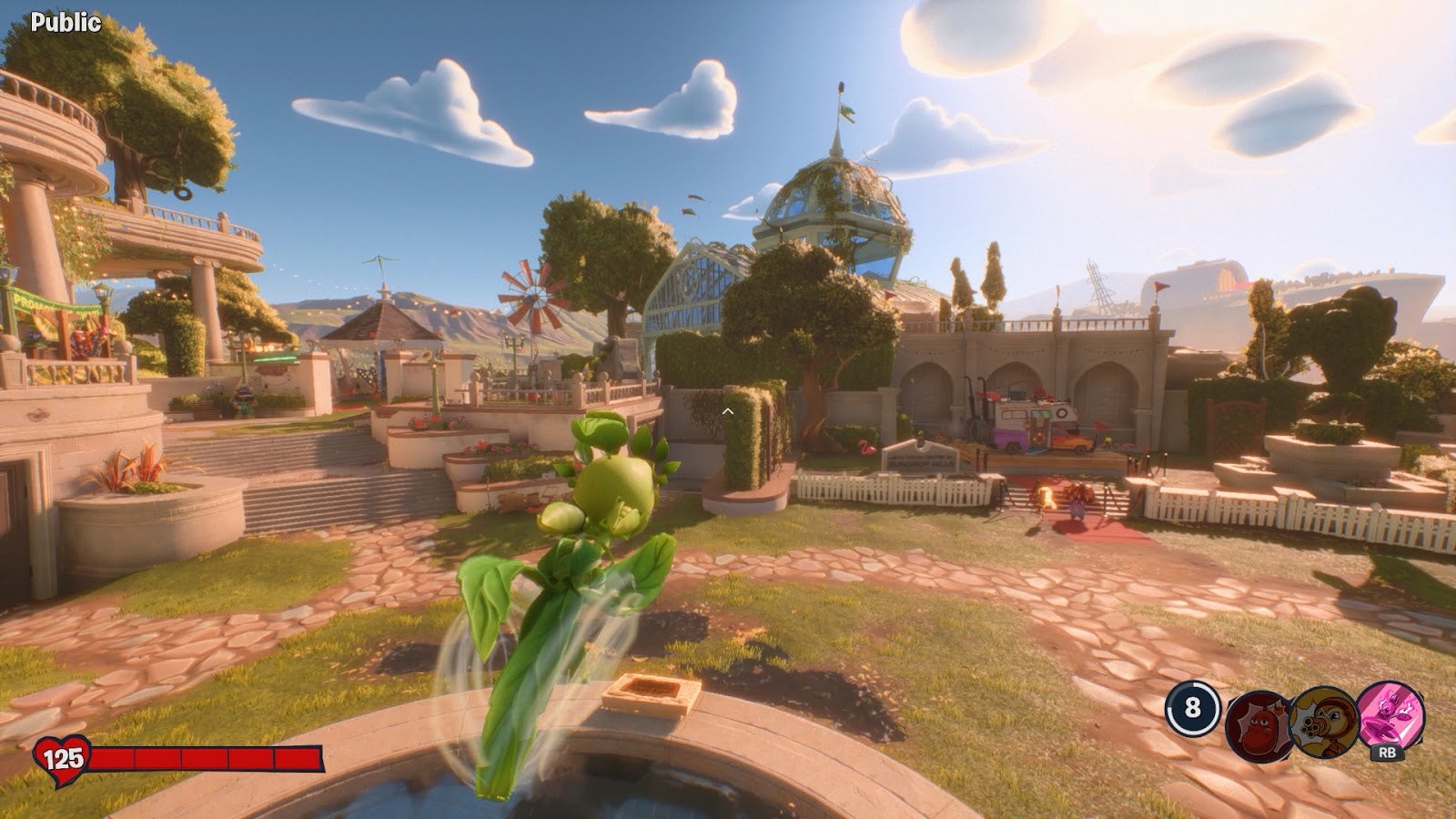 We’re still in week one of Founder’s Early access for Plants Vs. Zombies: Battle for Neighborville. The only content in the game so far is the central social hub, the Turf War player-versus-player mode, and Town Center, which is a free-roaming, player-versus-environment questing area for plants. Still, I’m having a lot of fun.

The central social hub is a free-for-all fairground/battleground with bases for both plant and zombie factions. In these bases, players can spend cash earned in game on random cosmetic rewards or experience boosts, edit their characters’ upgrades and outfits, launch into a player-versus-player battle, or travel to an adventurer zone to complete solo quests and collect rewards. The zombies have a weird little dancing mini-game in their base, those bastards. (The plants sadly don’t have a mini-game … yet.) 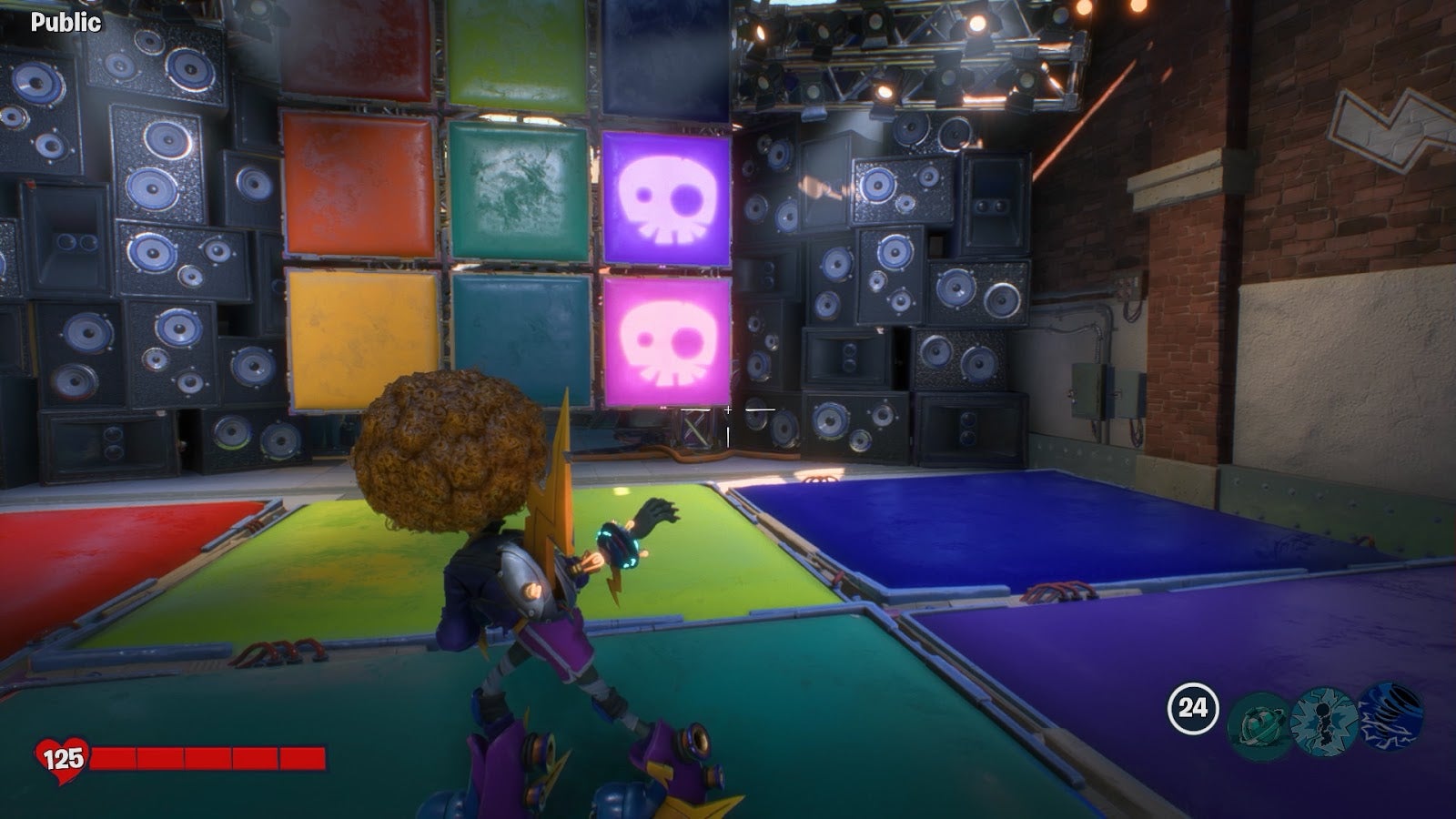 So far, I’ve been having the most fun in Town Center, the plant-based adventure zone. It’s almost like being in a third-person Plants. Vs. Zombie role-playing game. It starts with a mission: a sunflower assigns players to help get rid of zombie machines that are causing plants to dance uncontrollably. Players must seek out an underground dance club, recruiting non-player plants to their side along the way. After that, there’s an escort mission in which the player and his posse must defend a lawnmower, which seems like a conflict of interest. It’s a fun little solo story in this only multiplayer shooter, and it’s the first of many. 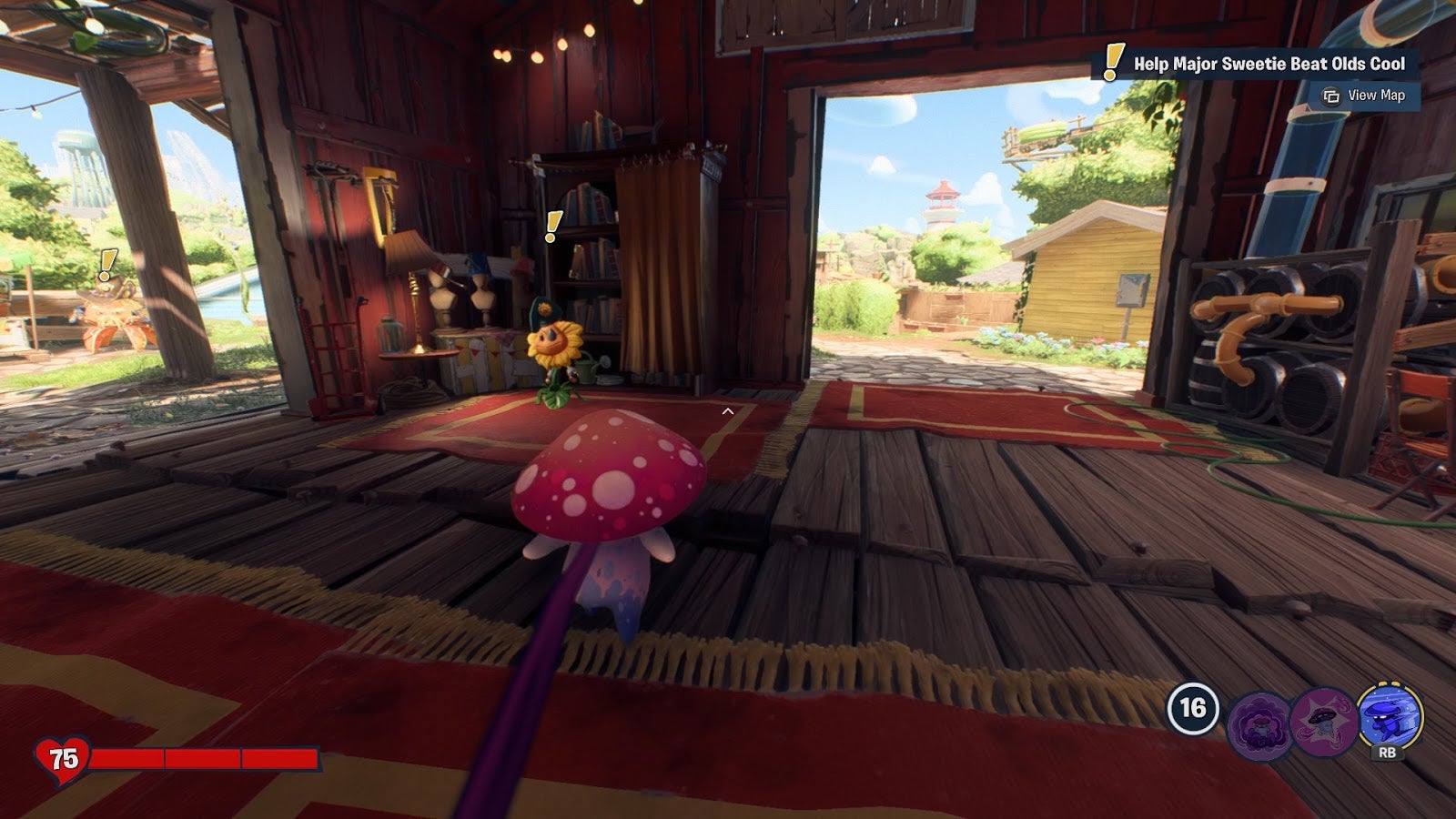 Today marks the start of week two of early access, adding a player-versus-environment adventure zone for zombies and the Team Vanquish multiplayer mode. More new stuff will be coming every week leading up to the game’s October 8 wide release on Xbox One, PlayStation 4, and PC. If the older Garden Warfare games are any indication, Plants Vs. Zombies: Battle for Neighborville will have no shortage of new free content any time soon.