My normal attitude toward exclusive in-game items is “eh.” Limited edition mounts, pets, and equipment are nice and flashy, but there will come a day when I am no longer playing a game, and any cosmetic items my character has in their possession will be nothing more than data stored on a server, waiting to be wiped. World of Warcraft is no different. Just because the series has clung to me for 15 years and shows no signs of loosening its grip does not mean the time will not come when it’s all behind me. However, the game’s longstanding importance in my life has endeared the pets from the first collector’s edition to me more than most.

From around the game’s launch in 2004 until Blizzard created a dedicated pet menu in September of 2012, every new World of Warcraft character I created was born with a gift voucher in their inventory. Opening that voucher would initiate a “Welcome to Warcraft” quest. Turning in the quest allowed me to select from one of three pets—the panda, Mini diablo, or a zergling from StarCraft. I’d receive an item used to spawn whichever pet I chose, which would follow my character around during their Azerothian adventures. World of Warcraft Classic rolls back the clock to before the game’s pet panel. The gift voucher is back. Once again, every new character makes the choice. 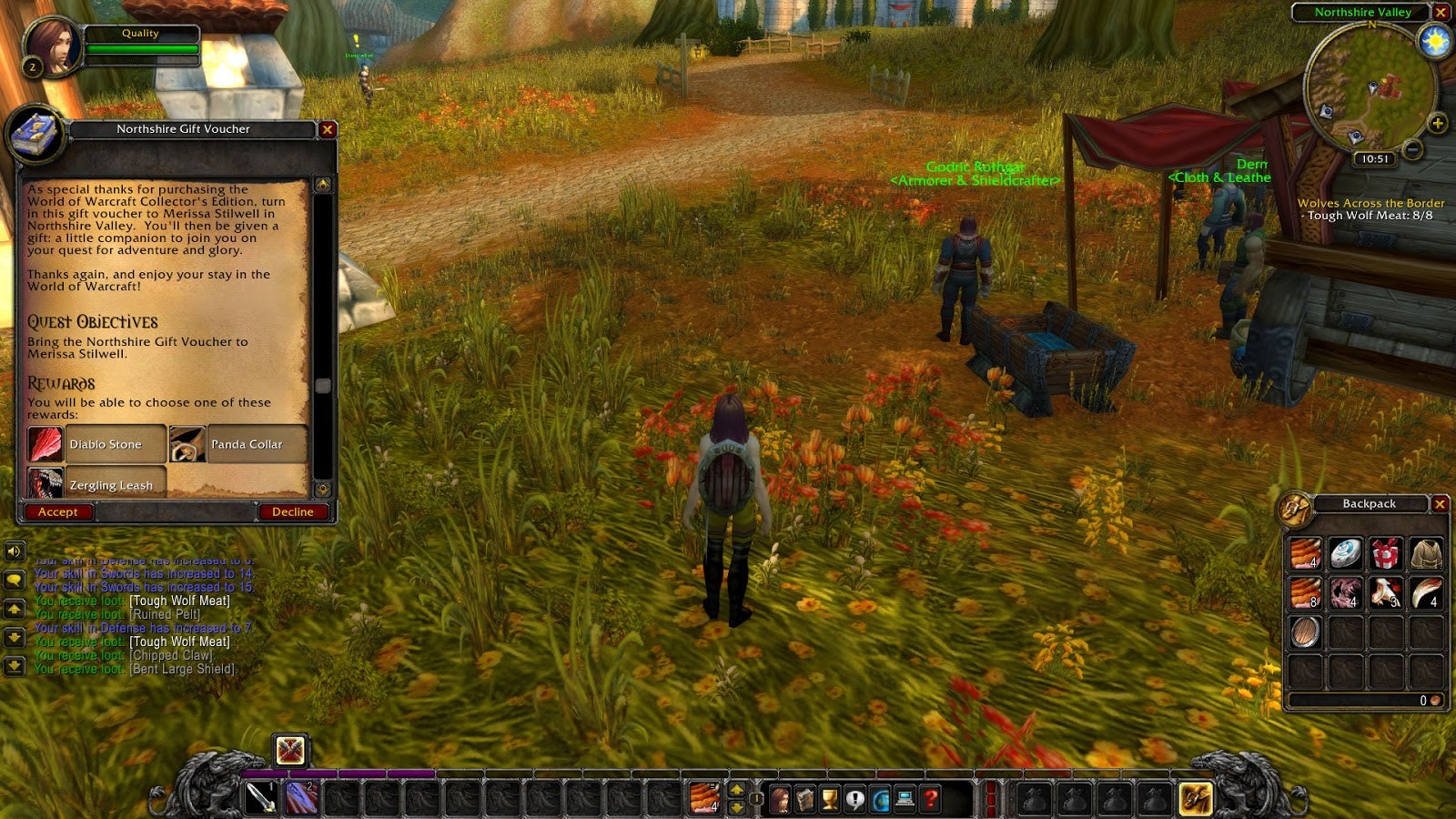 What’s different in the rough-and-tumble world of vanilla WoW redux is that there are no other exclusive collector’s items in the game. Murky, the exclusive pet from Blizzcon 2005, is not in the game. There wouldn’t be new collector’s edition pets until the Netherwhelp included in 2007’s The Burning Crusade expansion. Even the digital flying mounts included with the special collector’s edition version of World of Warcraft Classic can only be spawned in the modern version of the game, since there was no flying until 2007.

Seeing a player running around in Classic with Diablo, the panda, or the zergling is a sure sign that they’ve either been playing World of Warcraft since the very beginning or spent a whole lot of money on eBay. While running around Westfall the other day I ran into a player with a panda while I had Diablo out. We hugged each other’s pets. It was a beautiful.

What’s fun is I never meant to purchase the Collector’s Edition of World of Warcraft. When the game launched in 2004 I wasn’t all that interested in playing. I had fooled around in the beta and did not like the game. I found it boring.

It was my girlfriend at the time who fell in love with the game. I picked up the regular edition on a whim when it came out. I think one of my co-workers at the time was playing. I created a little female gnome and my then-girlfriend all but pushed me out of the chair, taking my place at the keyboard. I was forced to run to the store to get another copy of the game, and by that point all my local games store had left was a single Collector’s Edition. 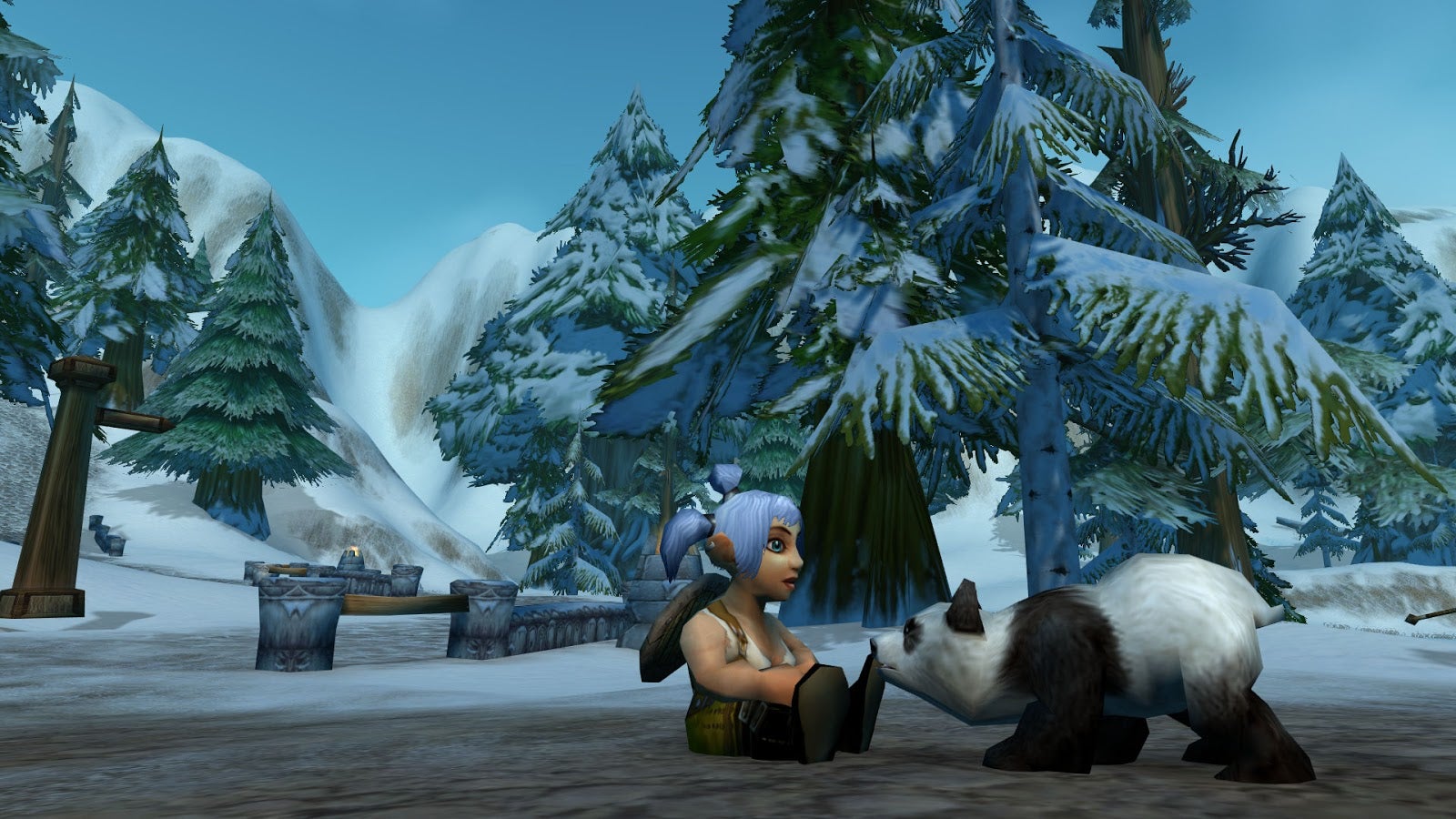 The rest is panda, zergling, and adorable-lord-of-evil history.