Assassin’s Creed Odyssey finally gets its Discovery Mode Tour this month, offering a way to explore the game’s recreation of Ancient Greece peacefully while maybe just learning something. As with all things Odyssey, it is intimidatingly large.

I’ve only taken the quickest of tours in Odyssey’s new mode, just enough to see the game’s map freckled with nodes for some 30 tours and hundreds of educational points of interest. I’m not sure I’m even ready to plunge into this mode yet. I’ve still got piles of quests to clear in the main game, even after playing it for over 140 hours.

Ubisoft introduced the Discovery Tour concept in 2017’s Assassin’s Creed Origins, opening that game’s ancient Egyptian map for educational exploration mixed with a dash of anachronism. The idea was to allow players to play virtual historian, exploring an ancient civilisation without having to deal with the combat or quests of the standard game. 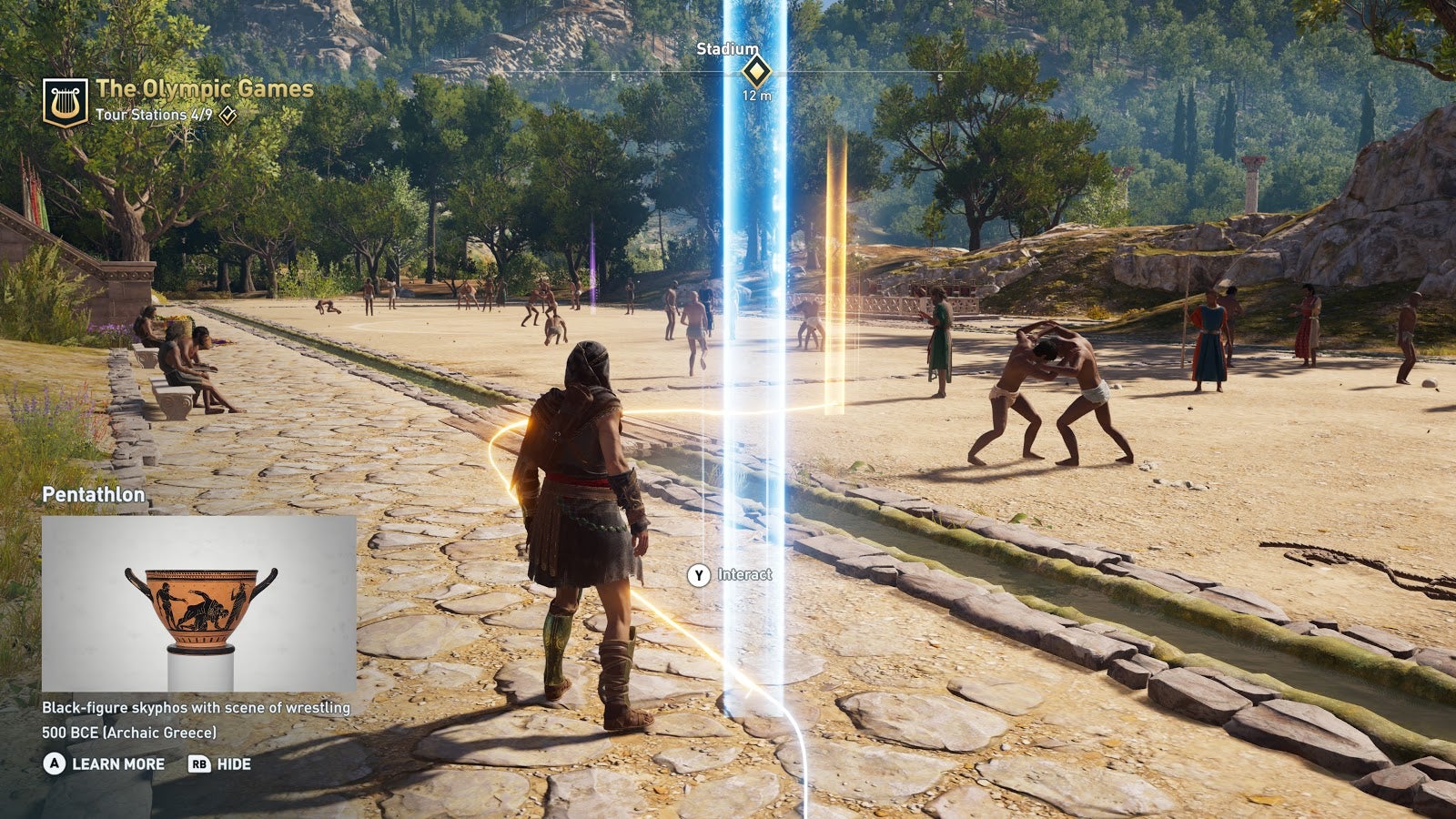 Everything is enhanced in Odyssey’s take, as things tend to be for gaming sequels.

There are tours again, guided walks from node to node to learn about the Acropolis or Spartan politics or the Battle of Marathon. Origins had a disembodied narrator talk players through each tour. Odyssey uses historical and fictional figures who were featured in the main game to guide you. A tour might begin with Herodotos or Leonidas greeting you, offering you a chance to chat before you hear them explain each sight along the tour. The educational traipse ends with a low-stress quiz that doesn’t appear to be scored. 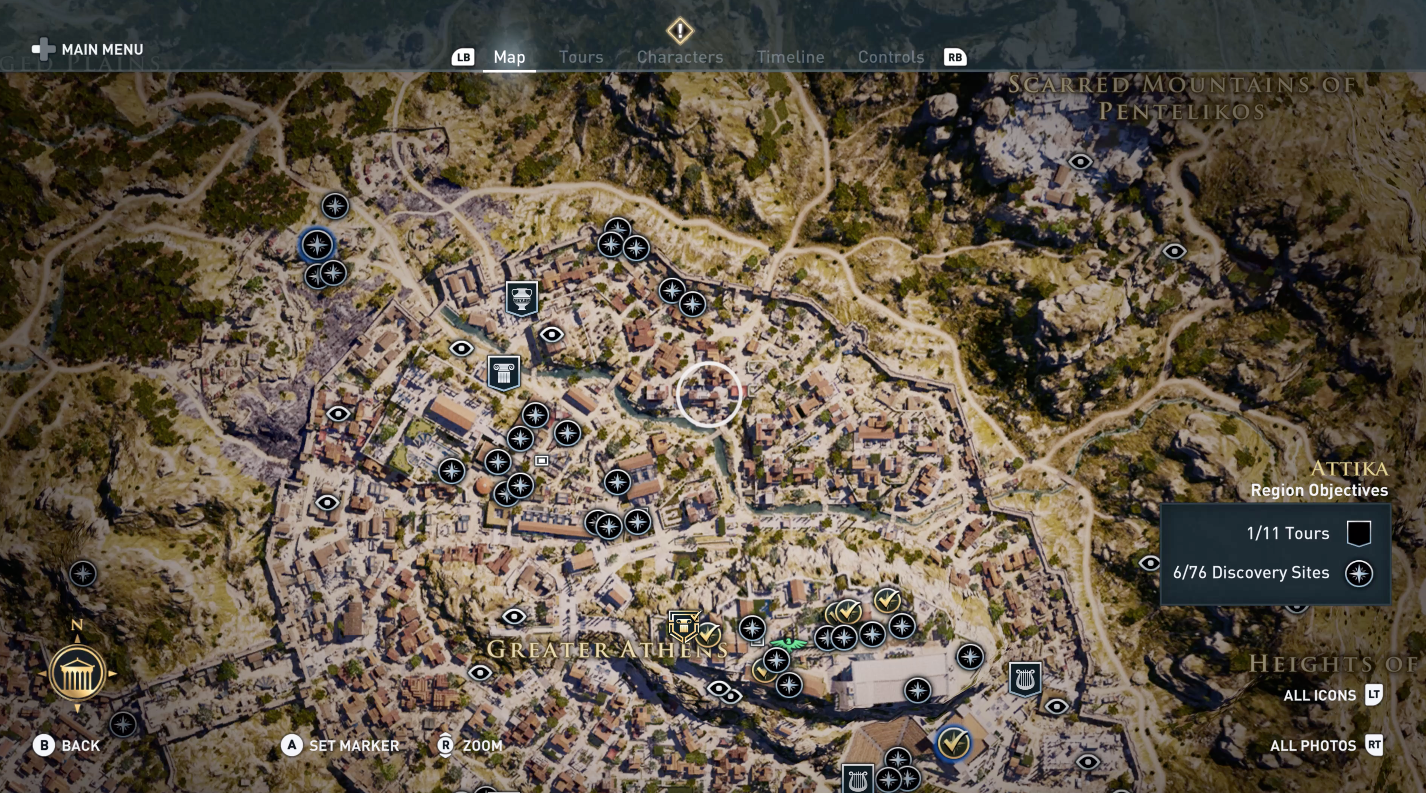 Players can also freely explore in this mode, activating the many markers on the map for quick image-and-text entries about various cultural and historical elements. It wouldn’t be a true Ubisoft game without a tonne of things to clear on a map, right? Frankly, that’s just the kind of thing to hook me in, and I had a good time ignoring the tours so I could poke around and see what individuals nodes indicated about a building or gathering of people.

A small number of these markers reveal behind-the-scenes details about the making of the game, though none that I’ve found yet are all that extraordinary. One node explained the prevalence of music in ancient Greece and the game designers’ subsequent desire to compose a lot of music for the game. 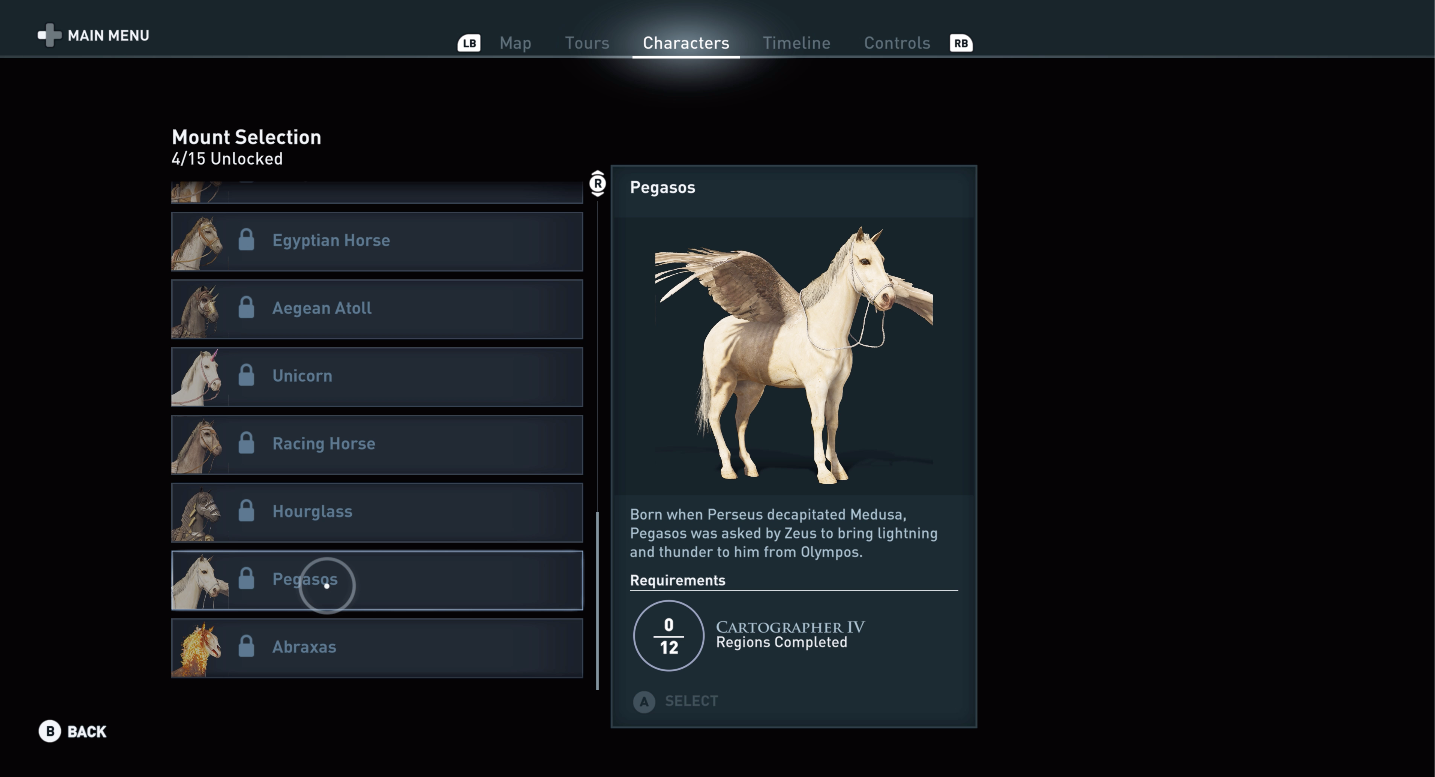 Origins let players choose from a roster of main game characters, some of them initially locked off, to use while walking through the Discovery Tour mode. Odyssey does the same, but adds a selection of horses to ride. Explore enough and the game will unlock more exotic rides like a unicorn or a horse on fire. If that doesn’t make much sense, it didn’t in the main game either, but where better to learn than on the back of a Pegasus?

Odyssey’s Discovery Tour will be added for free on Tuesday, 10 September and will also be sold as a standalone experience on PC for those not interested in the other parts of the game.