Destiny 2's Seasons Will Work Much Differently This Year

Destiny 2 is about to get some big changes with its forthcoming Shadowkeep expansion, out 1 October. Changes so big that developer Bungie has chosen to slowly tell us about them piecemeal, in lengthy blog posts from the game’s director, Luke Smith.

This week, Smith published a post outlining Destiny’s new approach to its seasonal structure, and its changes are substantial. Here’s how the lay of the land will look once Shadowkeep launches:

Throughout the post, Smith notes that the nitty-gritty of some of these plans are fluid and subject to change—like, for example, the rate at which free players may earn loot, and how Destiny 2 might offer Seasonal Rank boosts to let you catch up to other players. (Smith says currently the plan may be to offer rank boosts in the final weeks of a season for late adopters.) There’s a lot to be wary of, but few things about Destiny have ever really sounded good on paper—especially when Smith frustratingly alludes to unnamed new features that can’t yet be revealed because of spoilers. 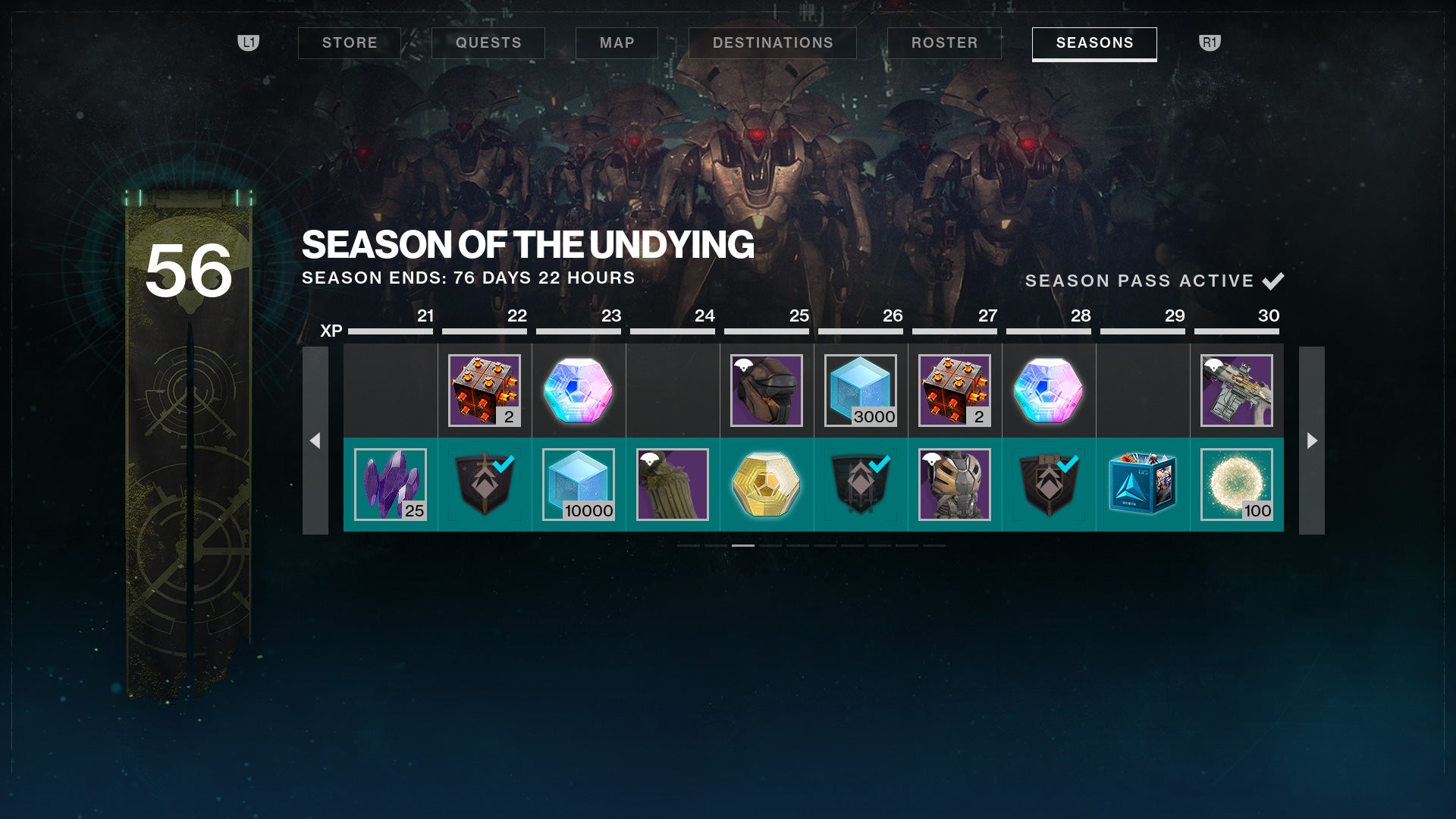 It all might make a little more sense with an example. Here’s how Smith sees it playing out, using the previous year of Destiny 2 content to illustrate the coming changes. It all begins with a countdown timer to a season’s start, culminating in the arrival of Ada-1 and the Season of the Forge.

The Season Pass in the Director is updated, the rewards are revealed, and now Ada and players begin a Season-long experience of refining forges in the world, completing bounties, finding materials, working on Black Armory armour sets, and taking on the new raid, Scourge of the Past. In a twist, Datto and his group are the first to finish.

As players work together to forge weapons early in the track, smithing and building new ones, the room around Ada begins to change. The schematic data from players’ work is resulting in new weapons and mods for players to create. These weapons and mods don’t all require playing the Seasonal activity—some of them are found in new encounters within strikes, some of them are forged in Last Wish (like the Alchemy Lab in Blackwing Lair).

Very late in the Season, players notice Ada’s room looks like it’s being packed up. She’s leaving. The schematics that sat behind her are missing. Over the course of a few weeks, she packs her equipment and, in an event similar to her arrival, she vanishes. Ada, her wares, and her forges are gone.

Banshee-44 reminds players that even though Ada is gone, she left him the schematics for her weapons and armour, and he’ll be rotating them through over time.

We’ve got another full month to go before Shadowkeep. That’s a lot of time to learn even more stuff, like how they’ll fix Strike Playlists so I don’t have to run The Arms Dealer every single time.