Modern Warfare's Alpha Has Me Feeling Good About the Gameplay

This weekend, Call of Duty players on PlayStation 4 are getting hands-on with this autumn’s Modern Warfare. Activision has launched an early alpha of the new 2v2 “Gunfight” mode, and so far it’s mostly good vibes and fast-paced gameplay for Infinity Ward’s rebooted Duty.

Modern Warfare’s alpha was originally scheduled to hit the PlayStation store today, 23 August, but was released ahead of schedule on Thursday. The PS4-exclusive alpha is available until 25 August, no PS Plus subscription required.

Gunfight is a round-based, 2-versus-2 multiplayer mode where the objective is simply to eliminate the opposing duo. If a team isn’t eliminated before the end of the brief 40-second round, a flag will spawn at mid-map to initiate a 10-second overtime. A team must either capture the flag or eliminate their opponents to win the round in overtime. The first team to win six rounds wins the match.

The mode definitely delivers on the promise of fast-paced matches. I played Gunfight until the wee hours of the morning, and the matches were rarely campy or pushed into overtime. However, if both teams hold back in overtime and the flag isn’t captured, the team with the highest combined health wins. The round will end in a draw if both teams camp out and have the same health count, which sounds like an awfully boring way to play Gunfight.

It’s common to see players move slower and play more conservatively in modes like this that only provide one life per round, but playing the safe and campy route isn’t always going to play out beneficially in Gunfight. Overtime generally forces players into action, and 10 seconds isn’t much time to clutch the round, especially as the flag itself takes three seconds to capture.

One of the things I like the most about Gunfight is that every player has the exact same loadout, which is selected at random and changes every two rounds. Customised loadouts are normally great, but I actually like that everyone is on the exact same playing field for this mode. And there aren’t any silly or gimmicky loadouts, so it’s not like there are rounds where players only have a rocket launcher or riot shield. Occasionally, a loadout will offer a launcher as a secondary weapon, but I didn’t encounter many players that even used it.

Gunfight also presents a great opportunity to get a feel for the guns. The selection was limited, and we couldn’t choose our preferred attachments, but most of the guns gave me old-school Modern Warfare vibes with perhaps a touch more recoil. 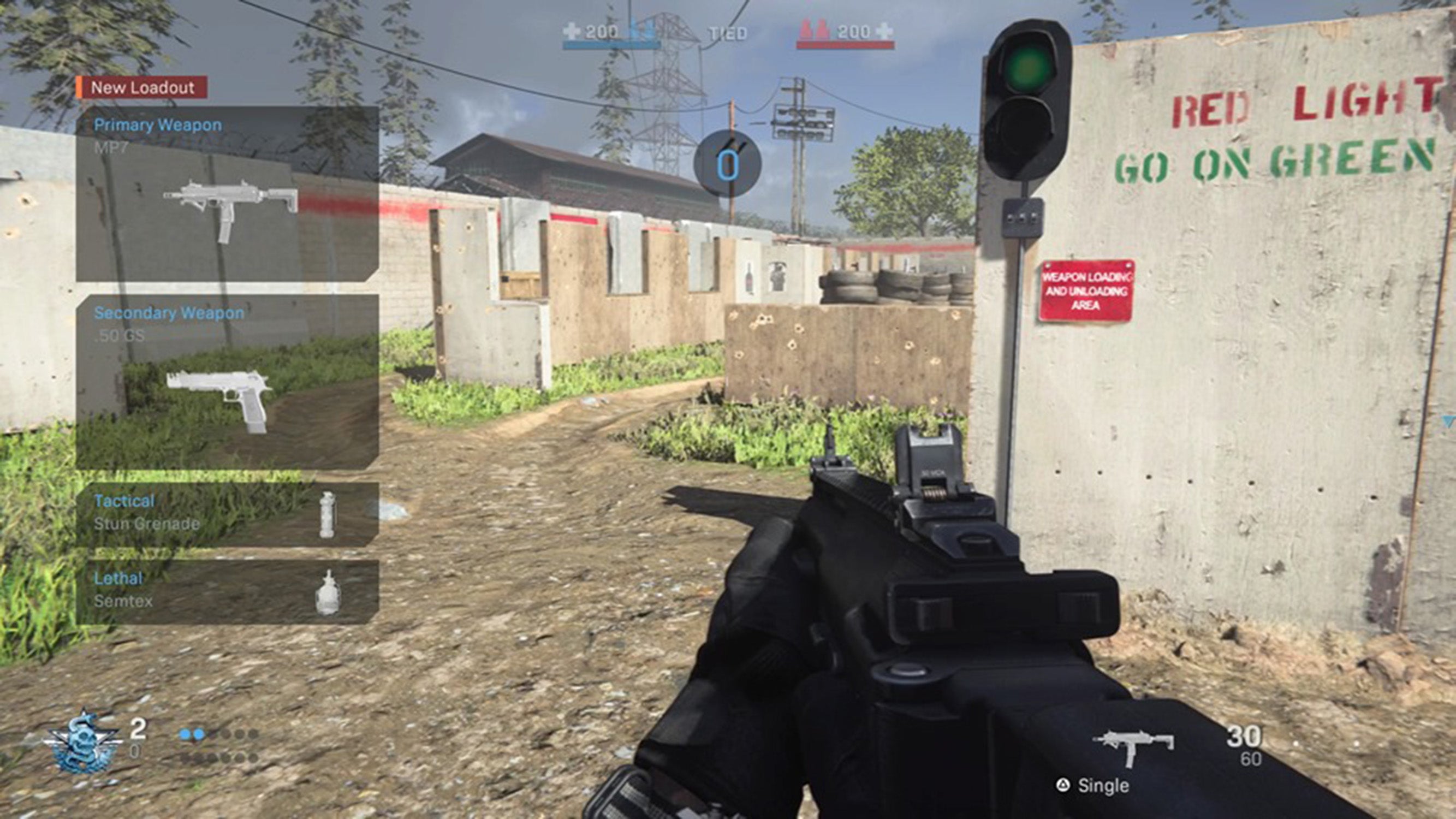 Example of a loadout on the Speedball map.

The three maps available are all small ones specifically tailored for Gunfight. “Speedball” is a firing range map with stacks of tires and low walls that looks like it would be a fun place to play paintball. “King” is a warehouse that gives me pretty strong vibes of the Killhouse map from 2007’s Call of Duty 4: Modern Warfare. My least favourite of the three is definitely “Pine,” as the forest locale is the map most likely to get campy.

As previously reported, the longstanding mini-map has been removed from this new Modern Warfare, but it’s hard to judge how much this will impact the overall pace of standard “core” multiplayer until we go hands-on with the larger-scale modes. In my opinion, no mini-map is fine for 2v2 modes, but I still worry that the pace of traditional 6v6 multiplayer will be affected.

This new Call of Duty now gives the option to mount your gun on certain surfaces. I tested this out briefly, but I think this new feature will be better served in standard multiplayer or the large-scale matches. The Gunfight rounds are short and often aggressive, so it doesn’t really make sense to waste time mounting the gun and posting up.

My biggest complaint about the Gunfight alpha is that footstep audio is almost nonexistent. This really can present a problem on such small maps. Even with a really good headset, an opponent can flank and literally run up right behind you without any audio indication. I can sometimes hear enemies running up the stairs on King if I’m in a quiet 1v1 situation, but most of the time, the footsteps are inaudible. Thankfully, this issue is already being addressed. A tweet from Infinity Ward’s senior communications manager says that the audio will be adjusted, and the changes will be reflected in the upcoming beta.

Gunfight will probably also need some penalties in place for bad teammates who rage-quit matches, and there needs to be a timer to kick out inactive players. I was lucky to have duo partners all night, but there were a handful of opponents put in unfortunate 1v2 situations because their teammate was MIA for the entirety of the match.

A much smaller complaint is the dramatic visuals when you take damage. Blood splatters over your view, which is a common damage indicator in Call of Duty games, but now your screen also goes black and white. This obviously isn’t anything that ruins the game for me, but it just seems like a really odd effect to add on top of the already bloody vision. It’s just an unnecessary distraction. 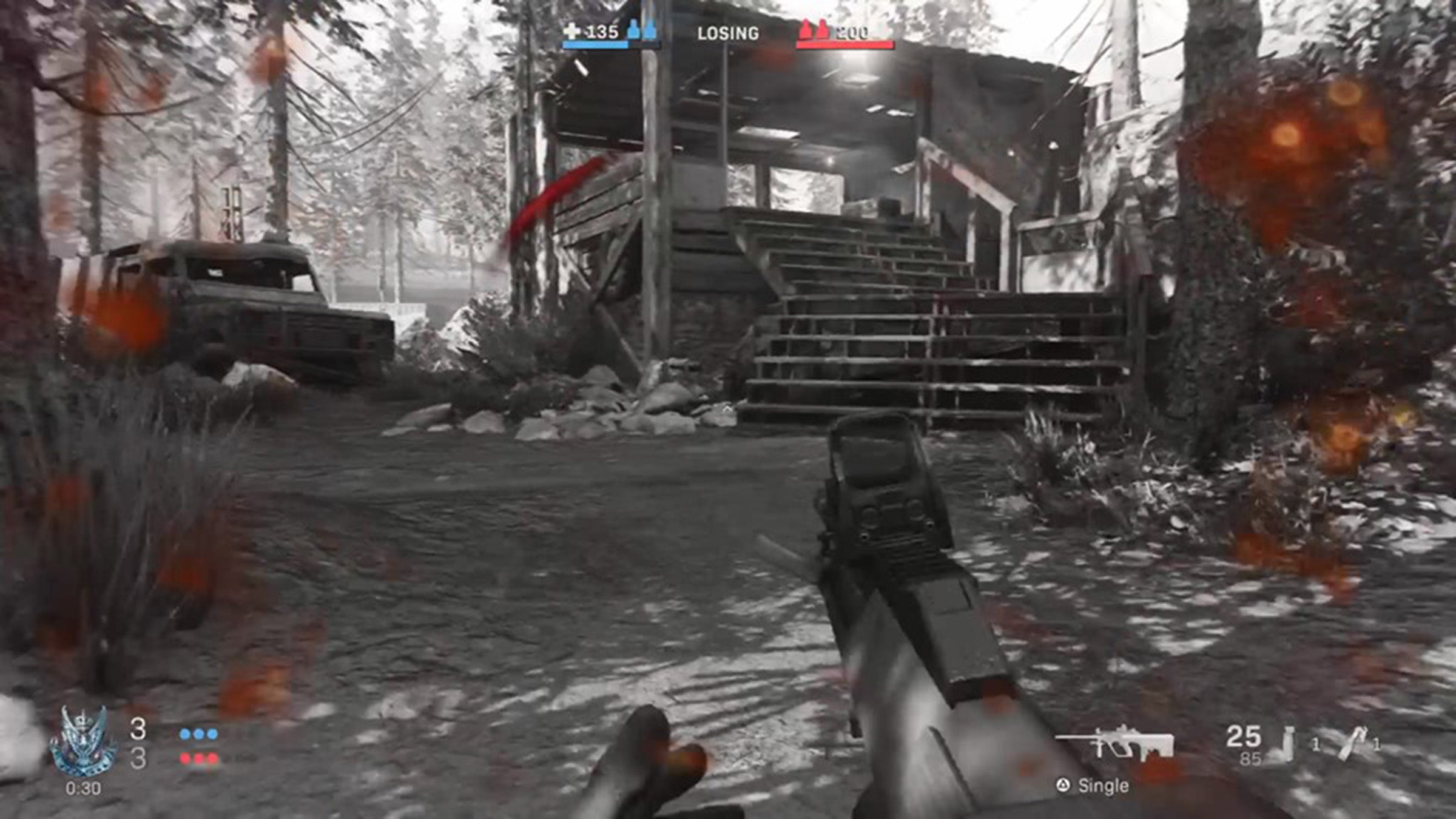 I’ve heard some complaints of Modern Warfare having an extreme motion blur effect, but I wouldn’t know because I turned that setting off before even playing my first match. There are two motion blur settings that are active by default, so if you’re like me and get motion sick fairly easy, you might want to turn those off before playing.

Modern Warfare’s early alpha gives me more positive vibes than negative ones for how multiplayer will feel this autumn. I didn’t experience any technical issues, and the gameplay was fast-paced and addictive. I can’t say how much I’ll be sticking with Gunfight once the full game drops on 25 October, but this is a nice tease for what’s to come.