This week, Nintendo put out a demo for the Switch version of Dragon Quest XI, and it’s got at least a few new features we didn’t know about before. My favourite has to be the toggle that makes townspeople lie.

Dragon Quest XI, which came out last year for PS4 and PC and launches on 27 September for Switch (as an enhanced edition with plenty of new features, like a redone soundtrack and a 2D graphics mode), has a set of optional toggles called Draconian Quest. These options are mainly meant to make the game more challenging—one of them reduces the experience you gain from enemies; another makes monsters stronger, and so on. The Switch version adds a couple of new ones, including Townsfolk Talk Tripe, which I of course selected immediately: 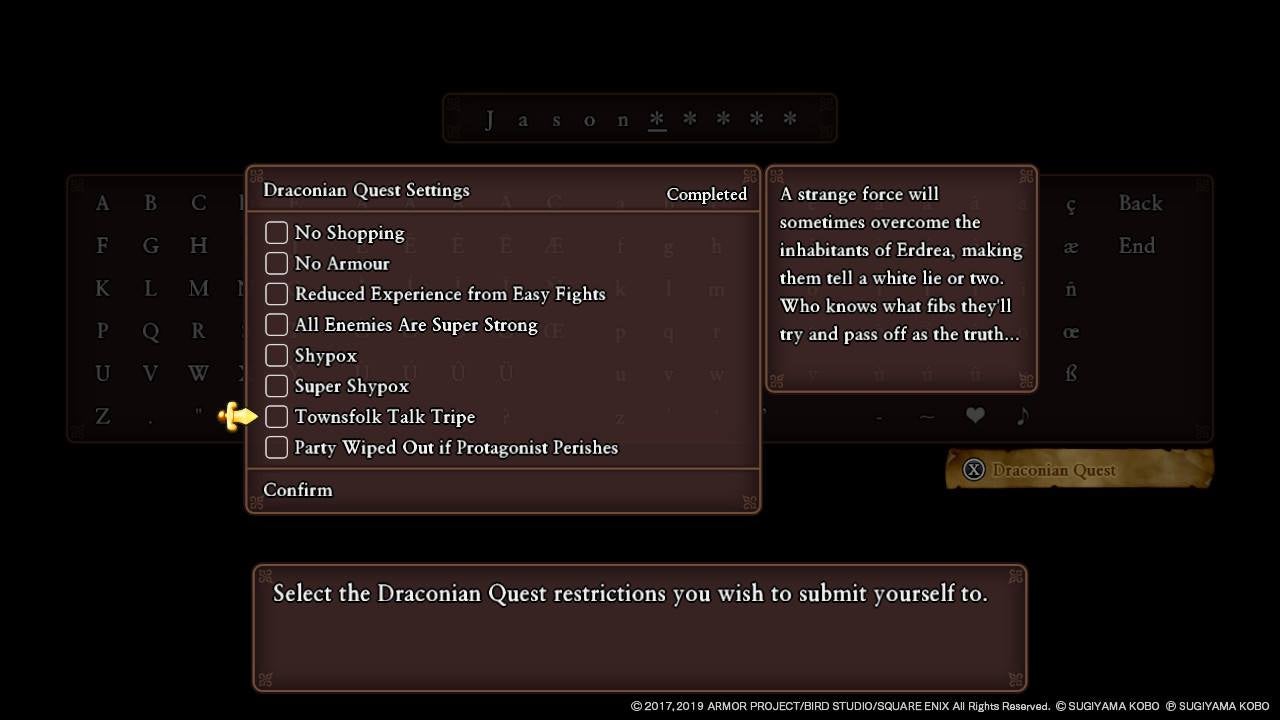 Anyone who’s played an RPG or two knows that when an NPC tells you they heard a rumour about a mysterious sword buried under a nearby waterfall, it’s always going to be true. I love the idea of a massive game like Dragon Quest XI sticking in some lies just to screw with you, and this is a fun wrinkle for anyone who’s already played the game and wants to play again. (I also recommend turning on some of those challenges, because Dragon Quest XI is painfully easy—for this second playthrough, I’ve put on stronger monsters. Plus, if things get too tough, you can turn off these Draconian Quest toggles at any church in the game.)

I’ve just started the demo—which is reportedly 10 hours long and worth downloading now if you plan to play Dragon Quest XI on Switch, since you can transfer your save to the proper game—so I don’t yet know how this will come to fruition, but I for one cannot wait to try to sort out who’s telling the truth. Lie to me, Dragon Quest XI NPCs. LIE TO ME.

Ghost of Tsushima's Kurosawa Tribute is More Than Skin Deep