Metro Exodus' New Story DLC Feels Like It's on Fast-Forward

The Metro series, in its best moments, is icky, verging on downright gross. Plenty of shooters try to capture a sense of place, but Metro bathes you in the grime and ichor that seeps from the clogged pores of its wounded world. The first level of Metro Exodus’ first DLC episode, “Two Colonels,” is no different. Mutated, pulsating “slime” coats the walls, glistening like a fresh scab. Fleshy, worm-like enemies splash your gas mask with muck, blood, and god knows what else. My skin crawled as I progressed through this place. I wanted to give my character several baths. Sadly, that was the episode’s best moment.

(Warning: Spoilers for Metro Exodus ahead.)

“Two Colonels,” Metro Exodus’ first big DLC episode, came out yesterday. It tells the story of a character players only sort of met in Exodus: a colonel named Khlebnikov. In the series’ post-apocalyptic world, people take shelter in metro subway tunnels to avoid nuclear radiation, and Khlebnikov helped run one of these ramshackle societies, Novosibirsk. By the time Metro’s main cast encountered him near the end of Exodus, he was dead, his old home the site of a war with an incalculable body count. Players of Exodus’ main campaign waded through the corpses and cooperated with his son, a precocious but clearly traumatised kid named Kirill. “Two Colonels” intersperses cutscenes of one of Exodus’ main characters, Colonel Miller, exploring that game’s final section with flashback levels where you play as Khlebnikov. It tells the story of what happened to a once-thriving subterranean civilisation that ultimately fell to crisis, infighting, and lies.

Structurally, this plays out less like Exodus—which heaped a buffet of open-world survival elements atop the series’ typical corridor-crawling antics—and more like Metro 2033 or Metro: Last Light. Levels are hyper-linear, with a couple even featuring literal signs that point you in the right direction should you somehow stray from the almost-too-constrained path. The first of these, which I mentioned above, is a fantastic exercise in atmospheric dread. Is it difficult? No. Is it loaded with variety? Not really. But the sheer, gelatinous grotesqueness of its sights and sounds (note: definitely wear headphones to get the full effect) was enough to make me nauseous every time I turned a new corner. You’re there to exterminate the slime—and all the mutated creatures hatching from it—so you’re armed with a big ol’ flamethrower. I was never actually in danger from what was, functionally, a series of canned jump scares that usually involved worms, but I still took to trying to burn slime off walls before entering new rooms, so fearful was I that the suffocating stuff would consume me if I didn’t exercise the utmost caution.

This level also more subtly expressed one of Metro’s best qualities: its willingness to let you marinate in moments. The level itself lasted just long enough, escalating intensity until it reached an ugly, wormy, soupy fever pitch at the end. Mechanically, too, it was slow. Your flamethrower requires not only fuel, but also that you regularly stop to manually pump it so that its pressure-based mechanisms continue to function. This, combined with my character’s slow movement due to the size of the weapon, made the whole task feel laborious—like an actual chore somebody would have to perform in a post-apocalyptic world overrun by organisms that defy human understanding. This level served to establish who Khlebnikov was: a guy who wanted to keep his people safe, whether that meant fighting off threats from the outside world or, more frequently, doing glorified plumber’s work and keeping the sewers free of slime. 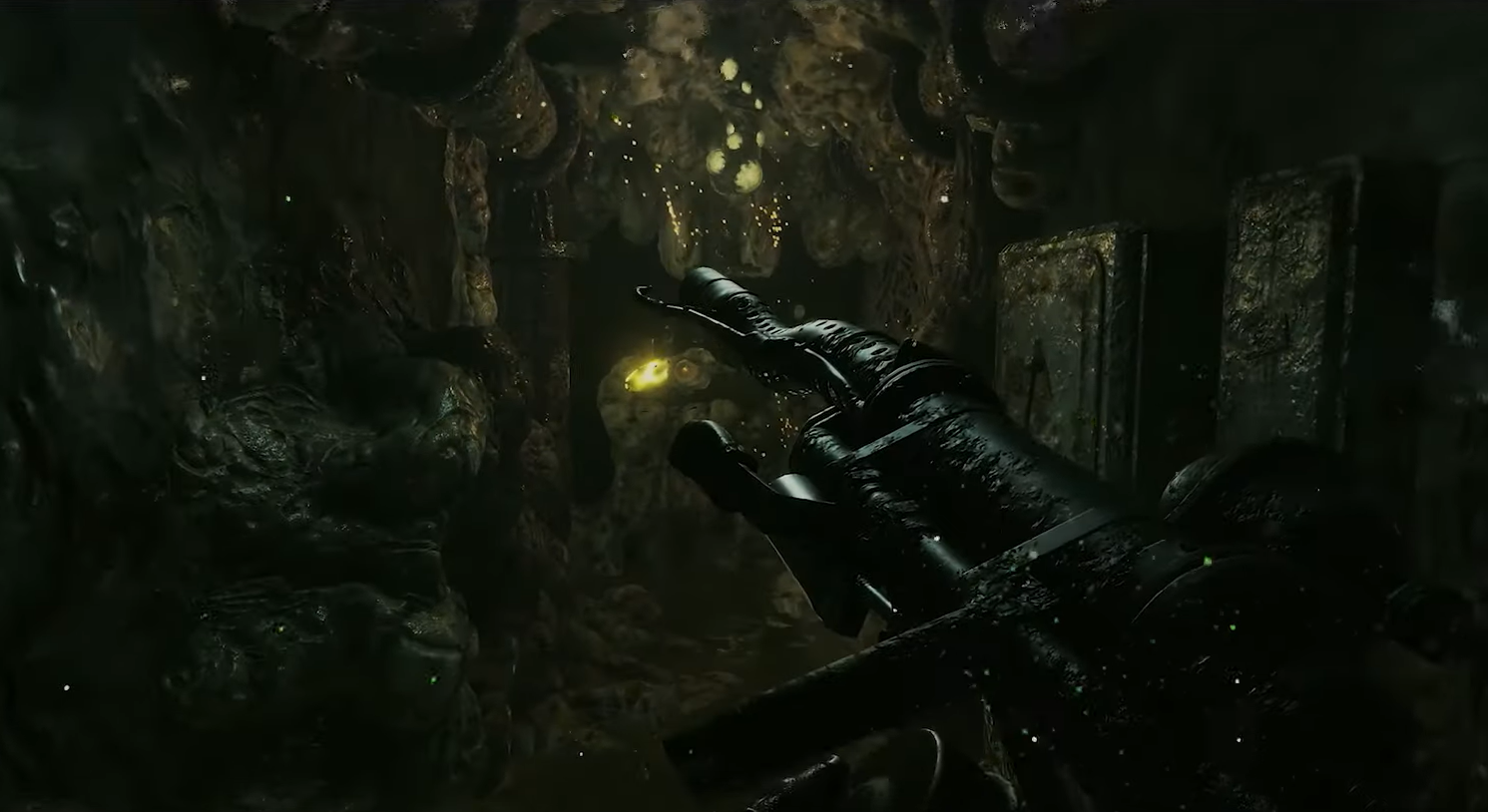 After the slimeathon, you return to your home metro where, in true Metro fashion, you can meander around and listen to people talk at length. I enjoyed these moments; this subway tunnel city, true to Metro’s legacy, felt lived-in—dotted with the messy detritus of mundane human existence. Half-eaten food, grease-stained towels, old liquor bottles, forlorn acoustic guitars. And unlike series main character Artyom, Khlebnikov has a well-defined voice and personality. He gets involved in conversations instead of just letting people awkwardly talk at him. People love him. Khlebnikov, meanwhile, loves his son, so in this section, you make your way to him in a hurry. Then there’s a big underground New Year’s celebration. It’s nice.

Problem is, the rest of the three-ish-hour DLC episode picks up the pace a little too much. Immediately after the celebration, the story skips forward a few months to show you how things have deteriorated. Once again, you wander the same environment, only this time, you have to confiscate precious resources from old friends while the populace glowers at you. It’s a cool narrative device, but it flies by in short order. Then: another flash forward. Then: all-out war.

There are a couple issues that emerge here: First, “Two Colonels” didn’t really have time to establish characters in a way that made me feel attached. The story jumps were too abrupt, too intent on demonstrating juxtaposition to progress organically. Even Khlebnikov’s son, who grew in ways that struck me as compelling on paper, felt pretty one-note in the grand scheme of things, so when events took a turn for the tragic, I didn’t have an emotional anchor. Similarly, I liked the underlying implications of Khlebnikov’s arc, but subtle moments in which I had a degree of agency were quickly undercut by Khlebnikov or his son bluntly blurting realisations that happened as a result of these moments. “Two Colonels” has a bad habit of telling when it should be showing or telling after it’s already shown. As a result, many characters don’t feel like characters—just vehicles for the moral of the story. 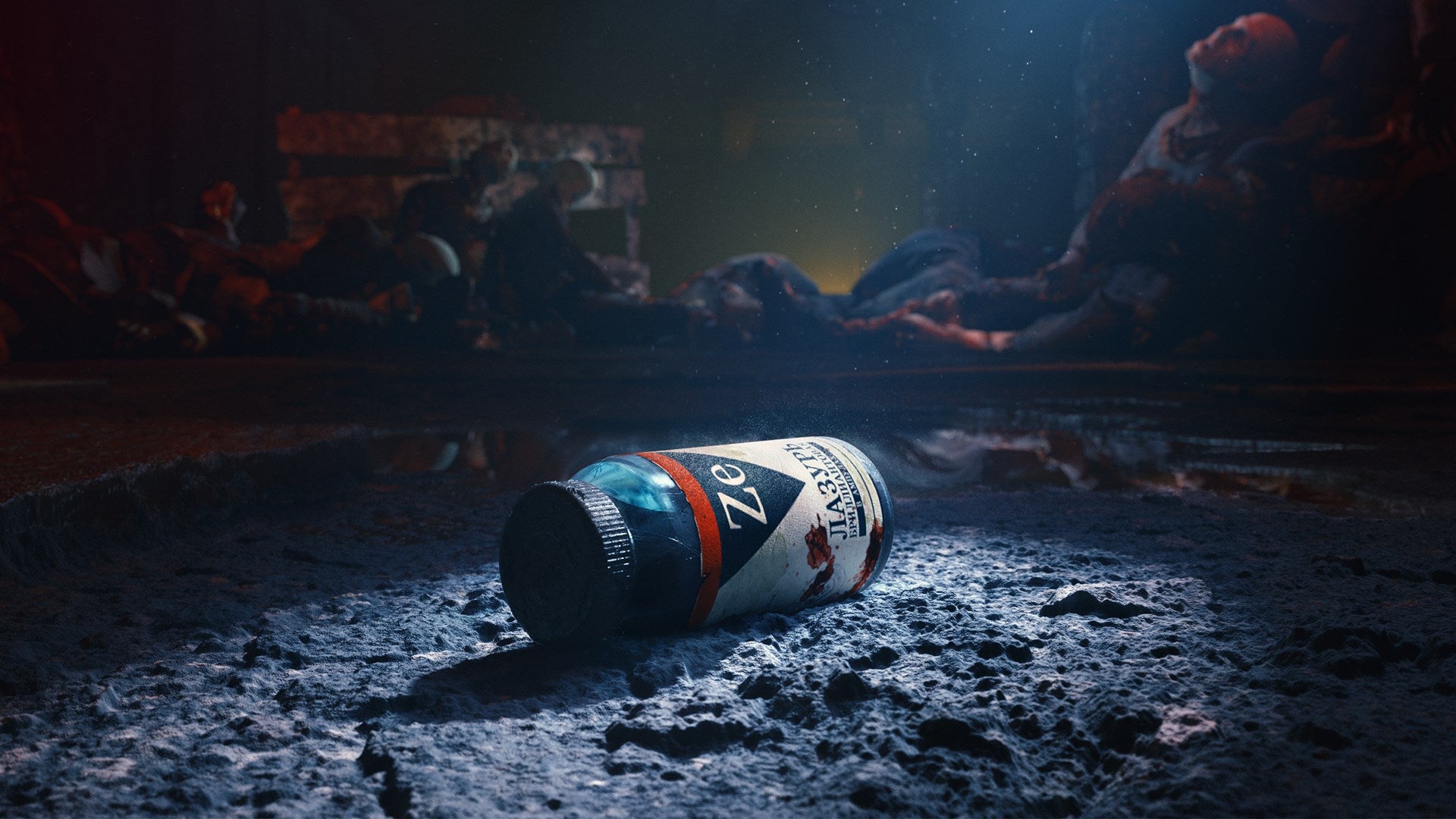 Second, a couple portions of the DLC are so on-rails that I didn’t feel like it even mattered that I was there. Allied soldiers eliminated all opposition for me, or things just happened after enough time passed. Certainly, there were some striking scenes scattered throughout, but it was hard to shake the impression that the game was trying to shove me forward, to progress me to the next big moment ASAP. I felt rushed, which is generally the opposite of what I look for in Metro games.

By the time the DLC wrapped up, I knew I appreciated what it was trying to do. Without spoiling too much, it managed to draw an interesting line between Colonel Khlebnikov and his son Kirill, and Metro main series mainstays Colonel Miller and his “son” Artyom. But it rushed to this conclusion and didn’t trust me, the player, to suss out the connection between these characters. Some tragic stuff happens in “Two Colonels,” but for the most part, I remained resolutely unmoved throughout. That’s a gigantic bummer. I was thrilled to return to environments that felt like they could have been part of Metro 2033 or Metro: Last Light. I enjoyed my brief time in them. I just wish I could have stayed a little longer.