When Origin PC approached me about reviewing its EVO16-S gaming laptop, the representative asked me if I wanted anything printed on the top laptop panel. “A pink unicorn,” I said. “Like a majestic unicorn on the side of a van.” A few weeks later arrived the most beautiful laptop I’ve ever used.

The EVO16-S is the smallest of the US-based boutique PC maker’s EVO line of thin gaming laptops. While the rest of the EVO line is made up of 17-inch laptops, the EVO16-S features the same 144Hz,1080p display panel, just an inch smaller. My work laptop has a 17-inch display, and I did miss the extra real estate, but at 4.5 pounds and .78 inches thin, the EVO16-S is much easier to carry around. Plus it’s hard to quibble about screen size when the back of the display looks like this.

The review unit Origin PC sent out comes with an Intel Core i7-9750H CPU and 16GB of DDR4 memory running at 2400MHz. It’s got a 500GB Samsung SSD for the operating system and a 2TB SSD for storage. For video, the system uses the mobile version of Nvidia’s Geforce RTX 2070—a fine GPU, especially when connected to a less demanding 1080p display instead of something 4K. As configured, the system runs around $2,500 (£2,060).

Mind you, $150 (£124) of that $2,500 is for the custom print on the back side of the case. Using a high definition digital UV printer, Origin PC can put anything on the rear panel of these laptops. Without printing (or painting, a more expensive option) the EVO16-S looks like this. 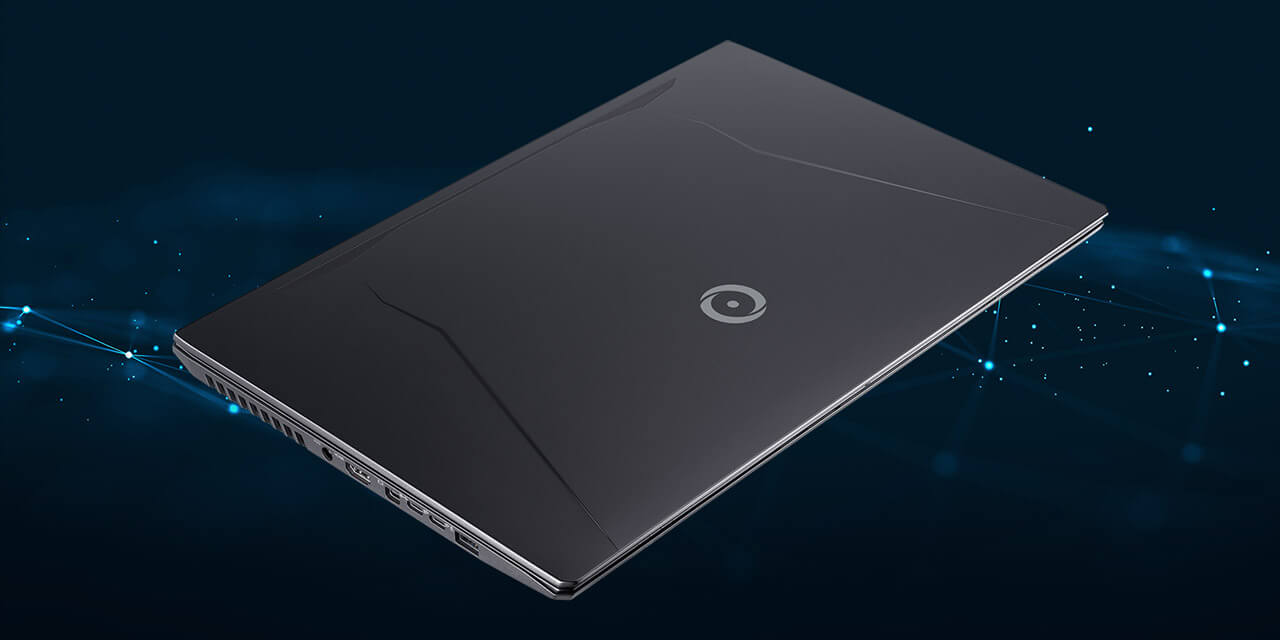 It’s nice, simple, and boring. There’s also a plain red top, for those wanting to be fancy without dropping extra cash. I much prefer this. 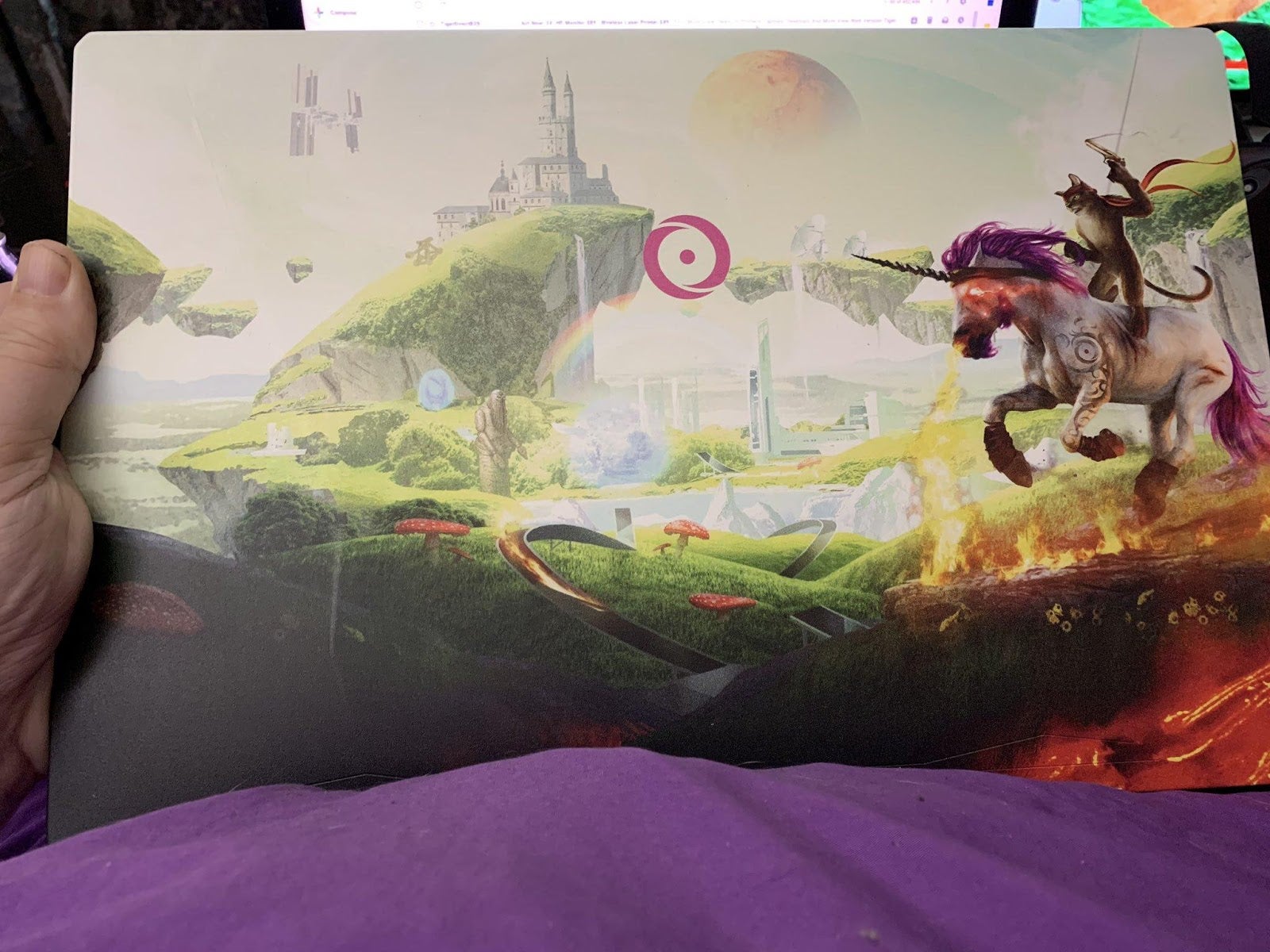 If the image on the unit looks familiar, it’s actually a modified piece of art from the Awesome Max expansion for Ubisoft’s Trials Fusion. The folks at Origin PC just stuck a logo on the horse’s flank and printed away. Not quite the pink unicorn I had originally asked for, but they made up for it by preconfiguring the laptop keyboard’s RGB lighting in my favourite colour combo. 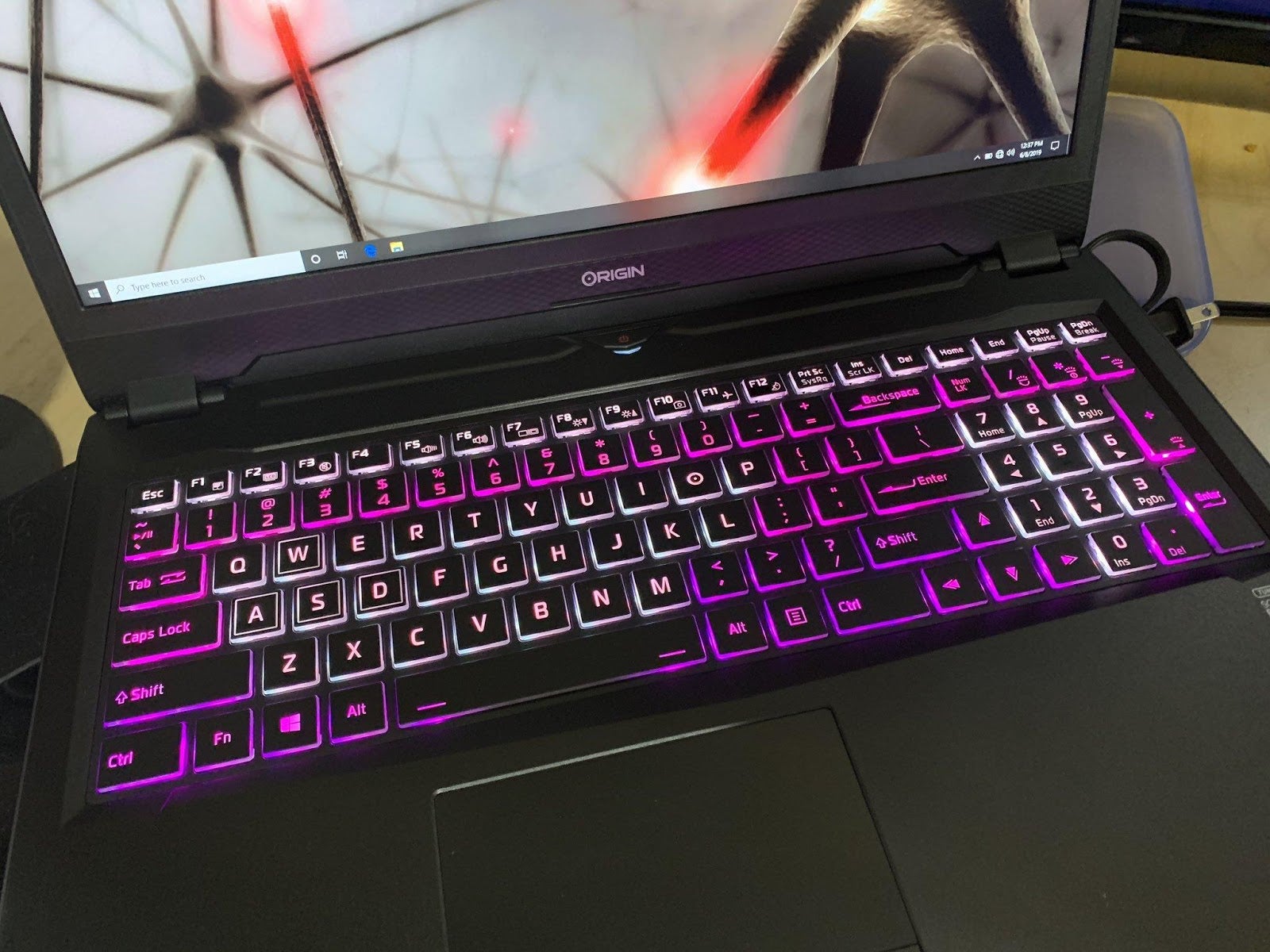 What I Did With It

I spent a lot of time just staring at the unicorn-coated EVO16-S. I received the loaner unit in early June and it sat on my desk until early July. The laptop was open, but instead of the keyboard facing me, I had it turned around in the corner, Blair Witch style. I’d admire its art. Now and then I’d reach out and trace my fingers along the contour.

Eventually I used the gaming laptop to play some games. Lots of Final Fantasy XIV at max settings. I loaded it up with fighting games following last weekend’s EVO tournament, including Street Fighter V, Soulcalibur VI, and Mortal Kombat 11. One could say I celebrated EVO on an EVO.

I also spent a bit of time in coffee shops and hospital cafeterias with the laptop open in front of me, hoping people would come up and ask me about the art. No one did, but that’s more on me for being an angry-looking old man.

Did I Mention The Unicorn UV Print: In case I forgot to say anything about the art on the laptop, it’s really nice.

The Front of the Display: The 144Hz IPS display on the EVO16-S is a very strong argument against worrying about 4K gaming on a laptop. Why struggle to get a good frame rate at 3840 x 2160 when games can effortlessly look and run smooth as hell at 1920 x 1080? When I first ran Final Fantasy XIV’s Shadowbringers expansion on the system it was like the image was flowing across the screen. It was breathtaking.

The Insides Do As Insides Do: I’ve been reviewing Origin PC laptops and desktops since 2011, and they’ve never done me wrong. In the month I’ve been using the EVO16-S I’ve had no major errors, no overheating, and no excessive fan noise. It’s a solid piece of hardware.

The Keyboard and Its Colors: I will always prefer a standalone mechanical number, but the EVO16-S keyboard is no slouch. The action of the keys is soft and muted, but it’s still a tactile response, which makes typing easier. 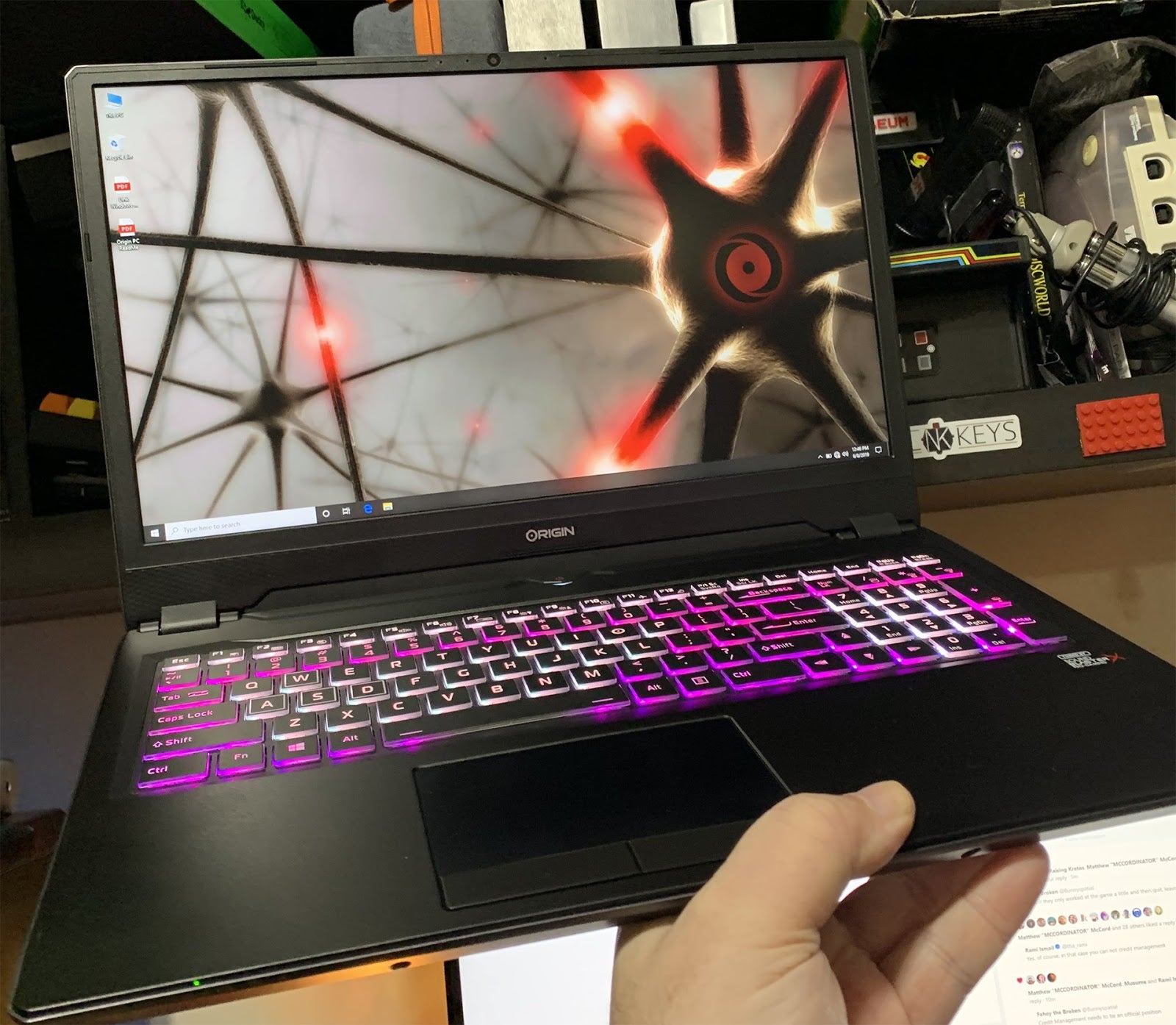 Plus I love the lighting on this keyboard. Not only are the legends on each key lit, the sides of the caps are translucent as well, letting even more light shine.

And the Size: See the picture in the keyboard bit? One hand, easy as you please. At 16 inches, the EVO16-S slips into any backpack I own without a complaint, and I can lug it around without whining.

It’s Oh So Quiet: The EVO16-S does not project sounds very well. I keep a laptop on my bedside table for watching Netflix in the evening. I had trouble hearing with the system at full volume a few feet away from my face. I wound up having to turn on subtitles and eventually hooked up an external Bluetooth speaker.

I Chipped the Art: Now that I’ve spent most of the review hoping no one would notice, it’s time to come clean. If you look closely at the top corners of the printed rear panel, you’ll notice a pair of chips. One is where I dropped my keys on the laptop. The other was my phone. 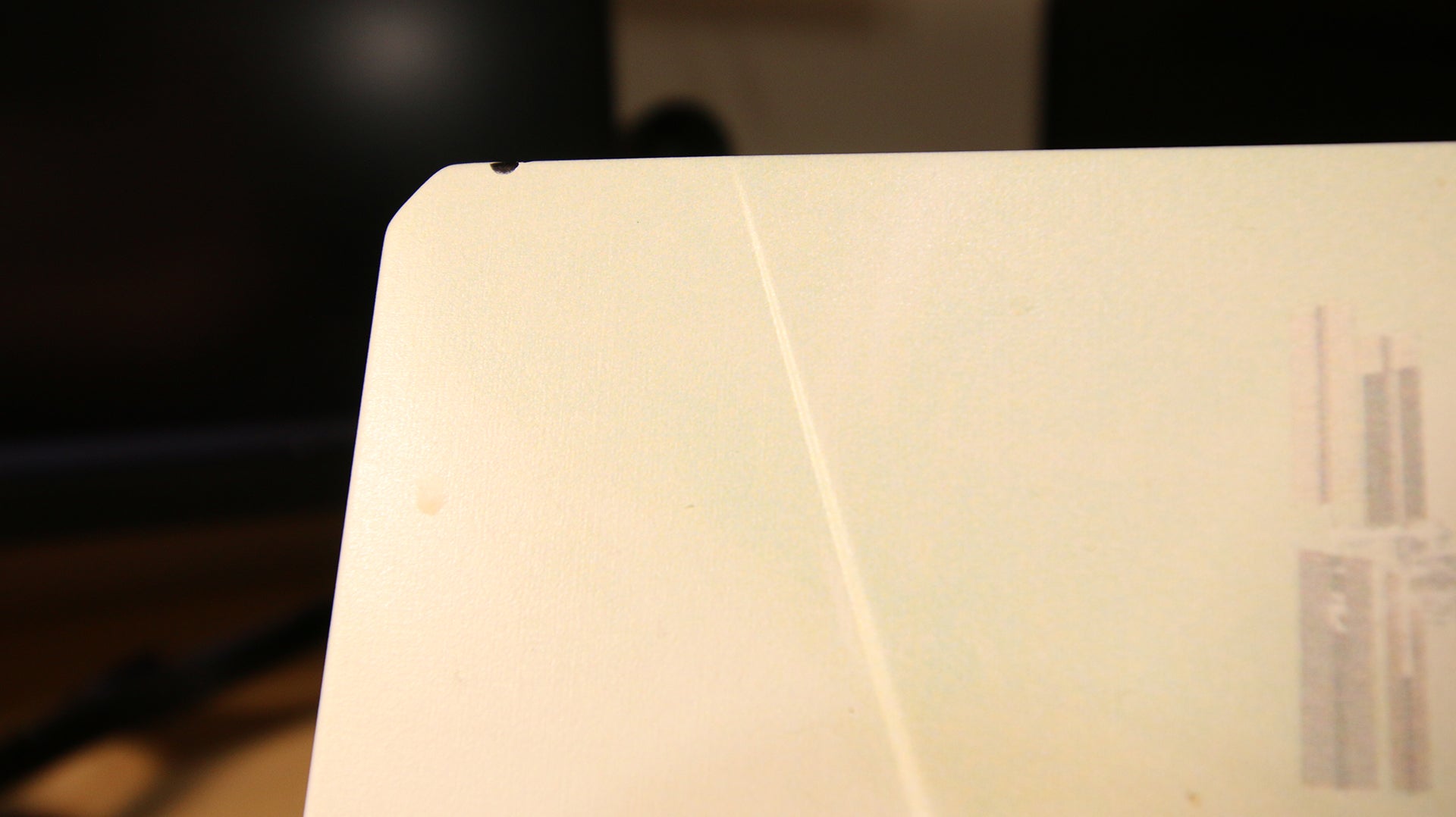 If you do go for a printed unit, I’d suggest some clear protective plastic over the top to preserve the image, just in case.

There are cheaper ways to get pretty art to look at, but this way comes with a laptop. Would recommend.