Resident Evil is one of the biggest and most important names in video game horror. The first three games in Capcom’s survival horror series defined a genre and influenced generations of developers and players. So it’s strange how hard it is to play the original trilogy on modern hardware. It’s a problem that would largely remain unsolved if it weren’t for independent developers like Mathieu Philippe, who recently helped remaster Resident Evil 3: Nemesis in his spare time.

Philippe was an unlikely candidate for remastering Resident Evil games. His first Resident Evil experience was Code: Veronica, and he only played two other entries: Resident Evil 4 and this year’s remake of Resident Evil 2. But after many attempts to get his own projects off the ground, that remake inspired him to begin his work remastering classic games.

“Game development, like many creative endeavours, is mainly a long series of failures,” Philippe says. He had spent a year developing prototypes for a small independent game, grappling with the difficult realities of the creative process. “I needed to release something to prove to myself that I could finish a project. Even if it is something very small and specific like a tool.”

Striking out alone was a slow process for Philippe. Born in France, he graduated with a degree in game design in 2011 and was hired by Ubisoft, where he worked on the publisher’s Might & Magic games as a line designer: “basically the link between the top managers and the development teams for the creative aspects of the projects assigned to them.” 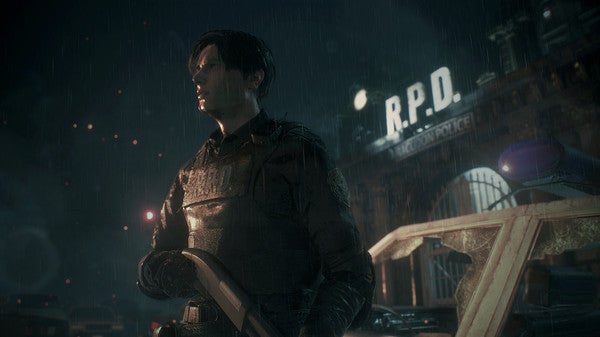 A screenshot from Capcom’s 2019 remake of Resident Evil 2 (Image: Capcom)

Staying in France, however, wasn’t an option. His girlfriend, a Chinese citizen, couldn’t remain in the country, and after maintaining a long-distance relationship for three years, Philippe was able to transfer to Ubisoft Chengdu in a new position as a game designer and move in with his partner in 2013.

“Over the years, my girlfriend and me got married, we had kids, my career was moving forward. I worked on many small projects like a Raving Rabbids mobile game and a Wheel of Fortune game,” he says. “Nothing groundbreaking, but I never wanted to work on big productions anyway. And unlike what we justifiably read about the game industry these days, my work conditions and compensations were great.”

Yet Philippe still wanted out, citing high turnover rates and a lack of mentorship opportunities, which capped his pathway to bigger and better projects. Management, Philippe said, was aware of and working to address these issues, but life was pulling him in another direction. At the end of 2017, his wife got the opportunity to start a school in another city, and together they decided that he would try his hand at making his own games for two or three years, supported by his wife’s income while he spent more time watching their children at home. 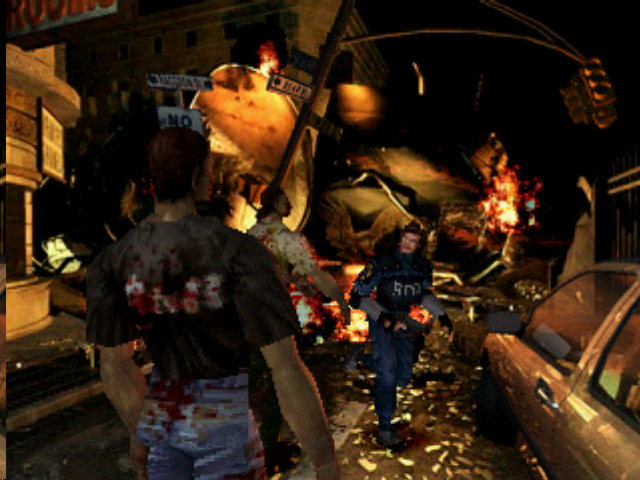 A screenshot from the original PlayStation release of Resident Evil 2 (Screenshot: MobyGames/Capcom)

Then, in the summer of 2018, Capcom showed off the first footage of 2019’s Resident Evil 2 remake. Around the same time, Philippe began to take an interest in the growing popularity of machine-learning applications like ESRGAN and Waifu2x as a means of producing rough upscaled fan remasters of video games. Philippe, in need of a quick, clear goal to get his creative juices flowing, found his project: a machine-learning remaster of the original Resident Evil 2’s backgrounds.

But Resident Evil 2, it turned out, had an obstacle facing anyone who wanted to upscale it: mask textures.

“They are tightly packed sets of small rectangular sprites that are placed by the game engine on top of the background,” Philippe says. “They can be displayed on top of the 3D models (like the characters) to create the illusion of depth. They are key for making the players feel like their character is walking in believable scenery and not on top of a postcard.” 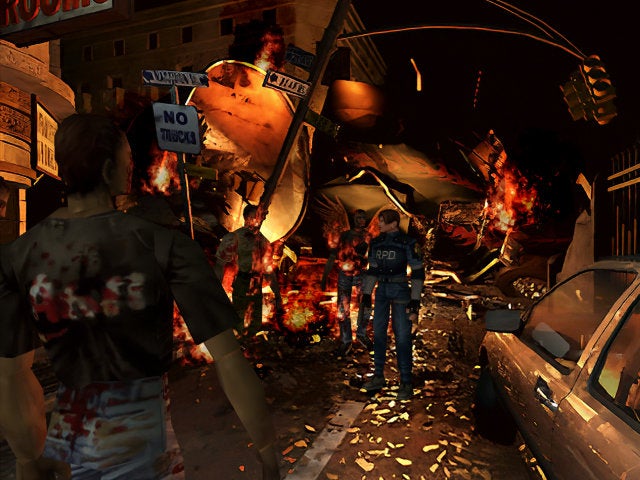 A screenshot from the Resident Evil 2 Seamless HD project.

This makes algorithmic upscalers much harder to use, as the tightly packed mask textures get churned up as the upscalers blend pixels in the resizing process. “For example, a desk and a wall will be blended together,” Philippe says.

After working to solve this problem, he posted a video of his progress and was encouraged by the feedback. Slowly, a team formed from the modding community. Kayael, a texture-pack maker who had released HD textures for both Resident Evil 2 and 3, proposed they combine their work. Over Discord, Philippe and Kayael were joined by Saeed, who did quality control work from Saudi Arabia, and FrankWesker, who contributed art from Brazil. A programmer named Gemini, who worked on the Classic REbirth patches to get Resident Evil 1 and 2 working on modern PCs, offered advice.

“I would love old classics to be easily available and playable. I don’t believe the rare console ports of such games to be a good solution for preservation as they will only last as long as their digital distribution services,” Phillippe says. “Official engine reimplementation and remasters are always great news for fans. But we can’t blame publishers for not remastering their back catalogue every 15-20 years. It is usually very hard to justify economically (as they can be creatively and mechanically tricky to sell to a modern audience) and it can be a real pain technically (when the source code or the assets are lost).

“Considering this, we can be thankful to fans for great unofficial reimplementation of games such as X-Com (OpenXcom) and Resident Evil (Classic Rebirth) which makes these games more playable but also allow their communities to express their creativity with better mod support.”