Fire Emblem: Three Houses offers the agonising decision over which group of students you want to teach and lead in battle. It’s a tricky choice that greatly affects the story you experience and the characters at your command. But it’s also a bit of a personality test, and I’m fascinated to know what house people chose. What I didn’t see myself doing was sitting on the train snooping like a goon to find out a stranger’s house, but that’s exactly what happened today.

It was a strange experience, hopping on the train to work and spotting someone playing their Switch. It happens from time to time, but the claustrophobic nature of the cars means it’s pretty hard to pull out a game console if you’re on a major train line. The young man was hunched over, curled as intently as I’d seen a gamer, and I couldn’t help peeking at what he was playing. It was Three Houses. Neat, he’s playing the most popular Nintendo Switch game. That makes sense. Time to listen to some more music and bob my head. Instead, I found myself peering closer to see what house he picked.

For whatever reason, the question enthralled me. Who did this stranger decide to support? I figured it might tell me about them, like seeing the result of someone’s silly “Which Hogwarts House Are You?” quiz on their Facebook page. To my dismay, it was a little difficult to figure out. Apparently a diehard player far into the game, this stranger had recruited a gaggle of students from many houses. I saw the familiar blue hair of Black Eagle House brawler Caspar, but I also spied Golden Deer slacker Hilda. As they scrolled through characters and ordered them around, I also spied Blue Lion swordsman Felix on the battlefield. I had become the worst type of screen looker, the snoopiest of Press Sneak Fucks, trying to decipher this player’s roster. 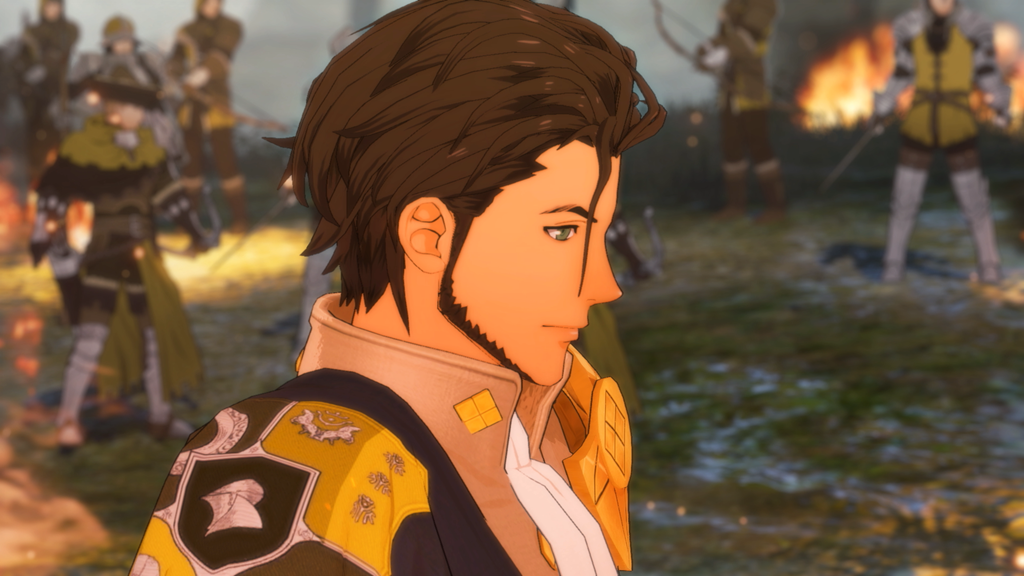 Then it started to come into focus. Leonie, Lysithea, Lorenz. This stranger had chosen Golden Deer as their starting house. It made sense; out of the many houses, Golden Deer is the most laid back and affable. Their focus on commoners and their charming house leader, Claude, makes them an inviting choice for a first playthrough. Great, I solved the mystery. I was done thinking about it.

Or so I thought. As an enthusiastic Black Eagle devotee, I felt a flash of pride for my fictional house, a strange and sudden huffiness that insisted this stranger had made the wrong choice. Of course, there is no wrong choice to be made in selecting a house. You can consult guides for details but the idea is to go with your guts, and his gut has chosen something relaxed and friendly. My snooping and subsequent reaction were silly and intrusive. But there was a kernel of something there, the slightest hint of what makes for diehard fandoms. I had somehow formed a sort of allegiance to Black Eagle. It wasn’t entirely rational, but the gut reaction felt fitting. Really? Golden Deer? Well, I suppose they’re OK.

It was a strange experience. I’m not much of a fandom person. I go with the flow and don’t really build myself into a fervour about which characters to ship or memes to share. I didn’t think I’d care too much about my house but I guess I do. Black Eagles, baby! Woop! Woop!