Video games can inspire us to do strange things. For example, there I was yesterday playing The Division 2, checking whether the shadow or reflection of an obelisk in the game fell upon the statue of a naked woman in a certain sexual way. It wasn’t my idea. It was in the game.

Note: A few instances of NSFW language ahead.

This misadventure began when I turned to my colleague, Kotaku editor-at-large Riley MacLeod, and asked him if he wanted to hear a good video game audio log. Riley’s a good sport so he turned his chair around to face our office TV.

I played him one of the collectible logs in a newly added part of Ubisoft’s post-disaster Division 2 world. The new section is set on the grounds of the fictional Kenly College where there is loot to gain, mysteries to solve and, my favourite, audio logs to collect.

I love in-game audio logs in general, so I’m always pleased to find good new ones. The college contains a bunch, including a trio that are part of a student podcast recorded by a student named Eve Garcia. In the first instalment, she talks about the founding of the college. In the second, she talks about the reasons it went co-ed; apparently, the change was less about progressive values and more about trying to earn more revenue after the potential male student body was depleted by World War I.

The third instalment of the podcast is about the architecture on the Kenly grounds. First, Garcia shared her thoughts on the obelisk: “Could there be a more phallic symbol just hanging out in the quad? We get it. You were a men’s organisation. You need the penis beacon to light your way. It’s just super weird.”

I turned to Riley. See? These games have political ideas in them. You just need to dig for some of it.

Riley was intrigued but wasn’t sure whether we were supposed to be taking Garcia seriously. As we listened on, he wondered if we were meant to see her as ridiculous. 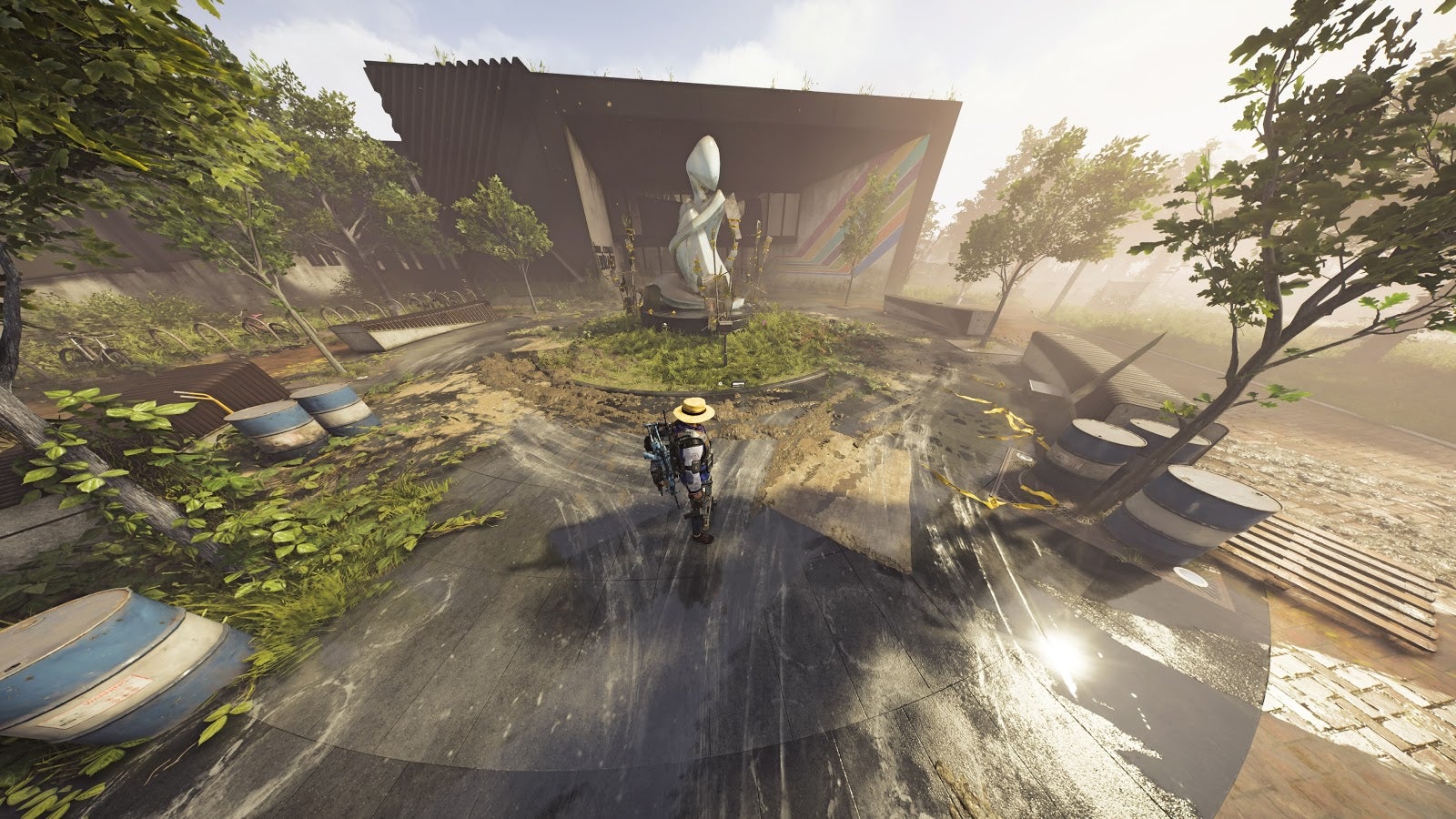 A few seconds later, she talks about a nearby statue of a woman: “... that, like, weird silver lady? You know why that’s there, right? Some chick in the ‘70s got tired of staring at the big dick in the quad, and she was like, ‘We need a naked chick in the quad to counter-balance that shit.’ That’s some white feminist nonsense. Like, not to body-shame or whatevs, but just throwing a naked silver lady that just blinds the fuck out of you on sunny days in front of the library does not offset the huge marble dong that you can see from space.”

I thought it was pretty funny and that the character was making some solid points about how this kind of stuff works, but I couldn’t rule out Riley’s idea that the audio logs could have been meant as more of a mockery of feminist critique.

Soon, though, that didn’t matter, because the next thing Garcia said was:

“And I swear to god: sometimes if that angle is right, that obelisk is right between her tits and she’s grabbing it, like… the mirror-reflection titty-fucking thing is like so not what the artist intended. I probably shouldn’t smoke and then record this podcast. Good thing this shit’s not live.”

Riley wondered if Garcia’s description was accurate. Was she talking about a shadow cast on the statue from the obelisk? And could we see that shadow in-game?

The obelisk seemed too far away, but the in-game weather at the time was overcast. Later, when I checked again during a sunnier in-game day, it was clear the shadows couldn’t reach. 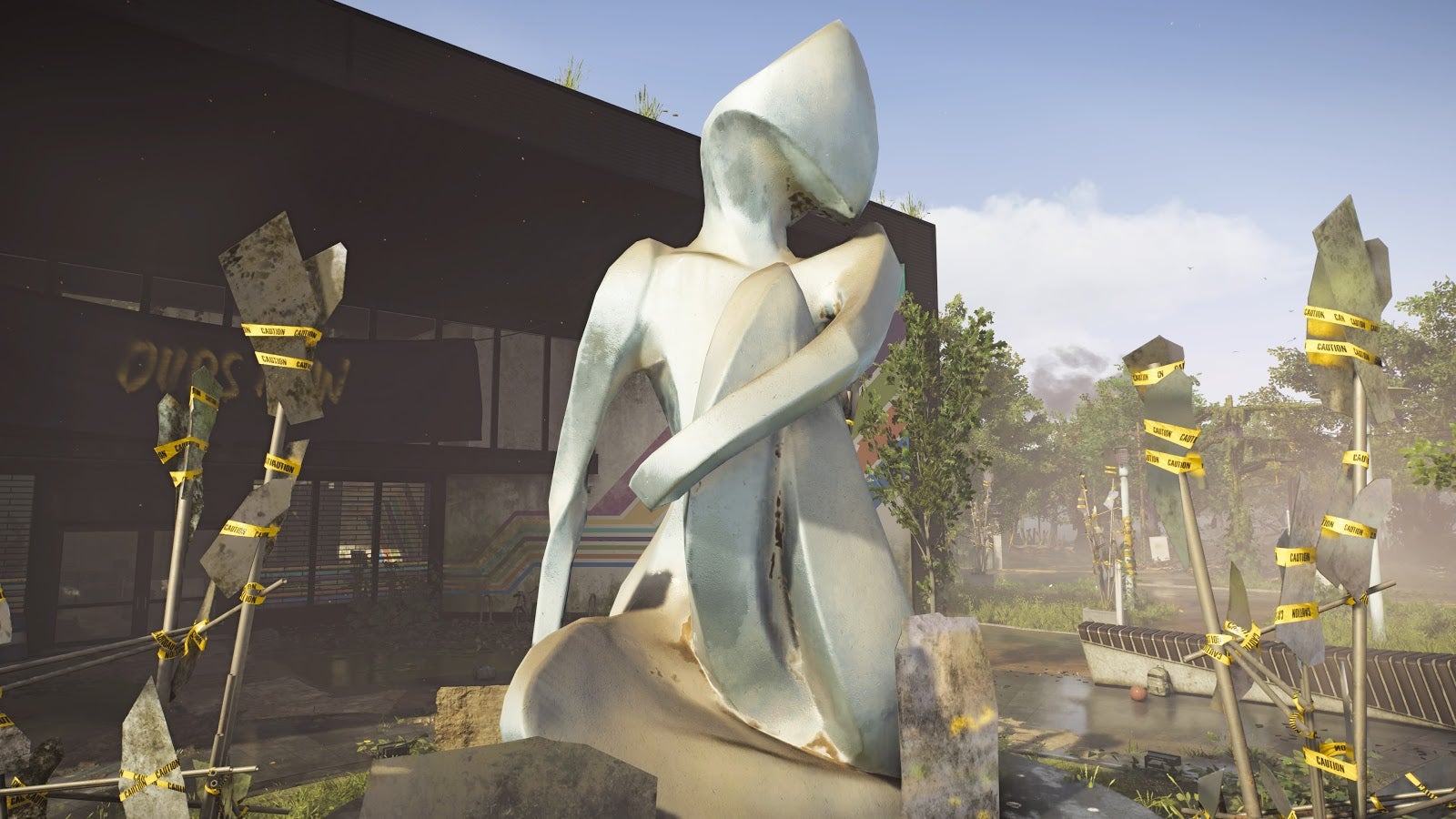 In re-listening, I realised Garcia was talking about the reflection. But the statue isn’t reflective enough.

I didn’t mind this, but Riley took issue. If the audio log says a thing is possible, he reasoned, it should happen in the game. We had a brief but serious discussion about this. Then we stopped. This was too silly. After all, we were talking about whether it looked like one video game statue was trying to have sex with another. We moved on. But, hey, how about those audio logs?