More than half a year after release, Red Dead Online is still mostly what you make of it. As players await fresh content, it’s hard for some not to seethe in envy when they catch a glimpse of, say, Grand Theft Auto Online’s glitzy new casino. One Red Dead player, however, is making his own fun by turning his Wild West wanderings into a photo safari. The twist? He’s photographing cow-men and women he’s never met and sending them surprise snapshots of their own journeys. Even when they murder him.

Aaron “ALG_627” Lutz has been an in-game screenshot junkie for nearly a decade, but in Red Dead Online, he’s decided to share his collection with the subjects of his art. His rationale for this is simple.

“People like having their pictures taken (most of the time), so I saw no reason to withhold their portraits from them,” Lutz told Kotaku in an email. 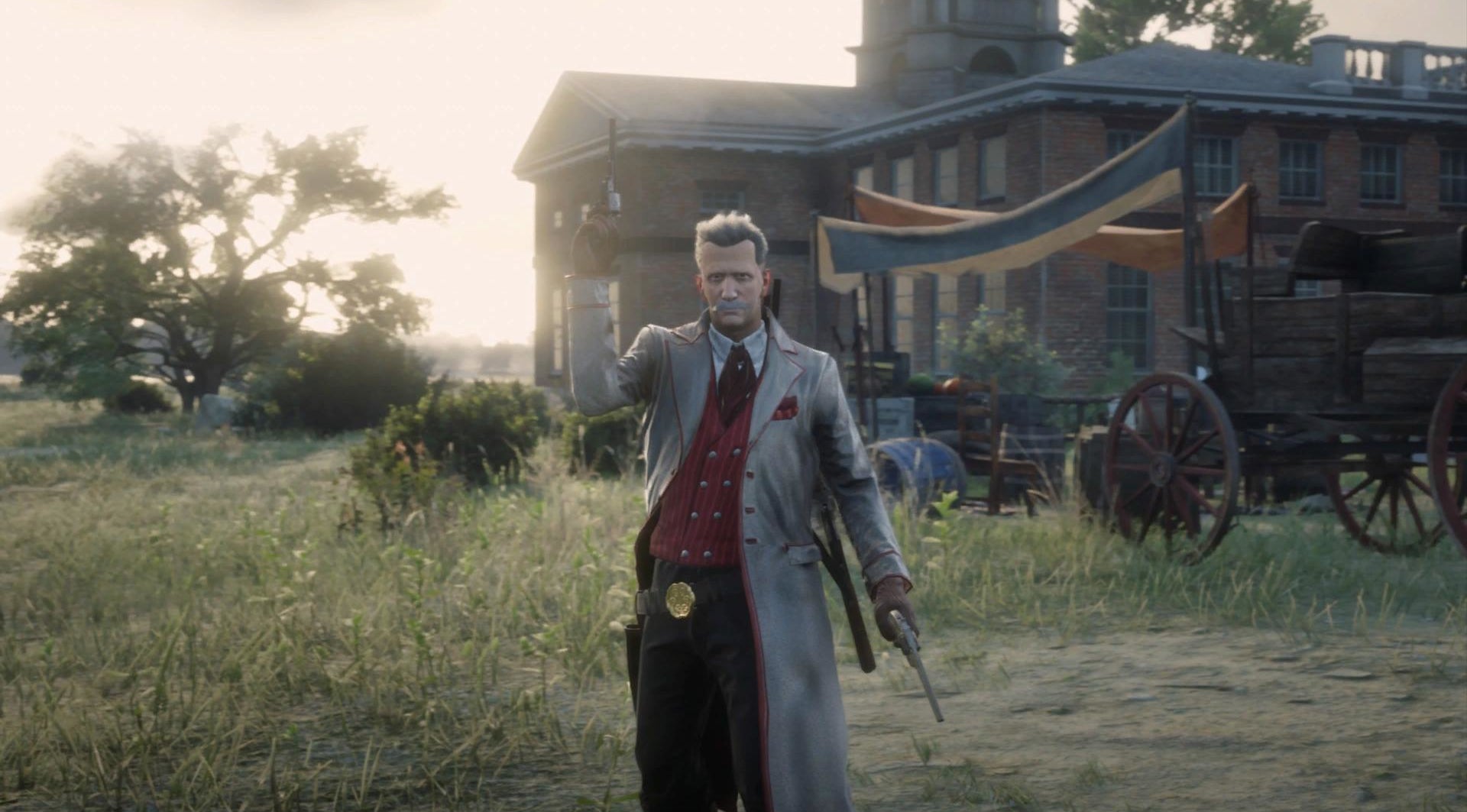 The cowboy who mysteriously lost his eyebrows. (Image: Aaron Lutz)

Most of the time, he said, he gets a simple “thanks” or something along those lines when he messages people with their pictures. Other times, he strikes up bantery conversations, such as when one perplexed player asked where his eyebrows—apparently shaved clean by the screenshot process—disappeared to, at which point Lutz replied “probably wherever your hairline went,” which elicited a perhaps slightly unamused “dude” from the other player.

Red Dead Online’s barrel of buckaroos and bandits can get pretty rowdy, so when Lutz holsters his pistol and draws his camera, it’s not always guaranteed that he’ll survive the encounter. In one shot he posted to the Red Dead Online subreddit, a trenchcoat-clad brick of a man is clearly shooting at Lutz. After he died, he sent the photo. His killer was confused. 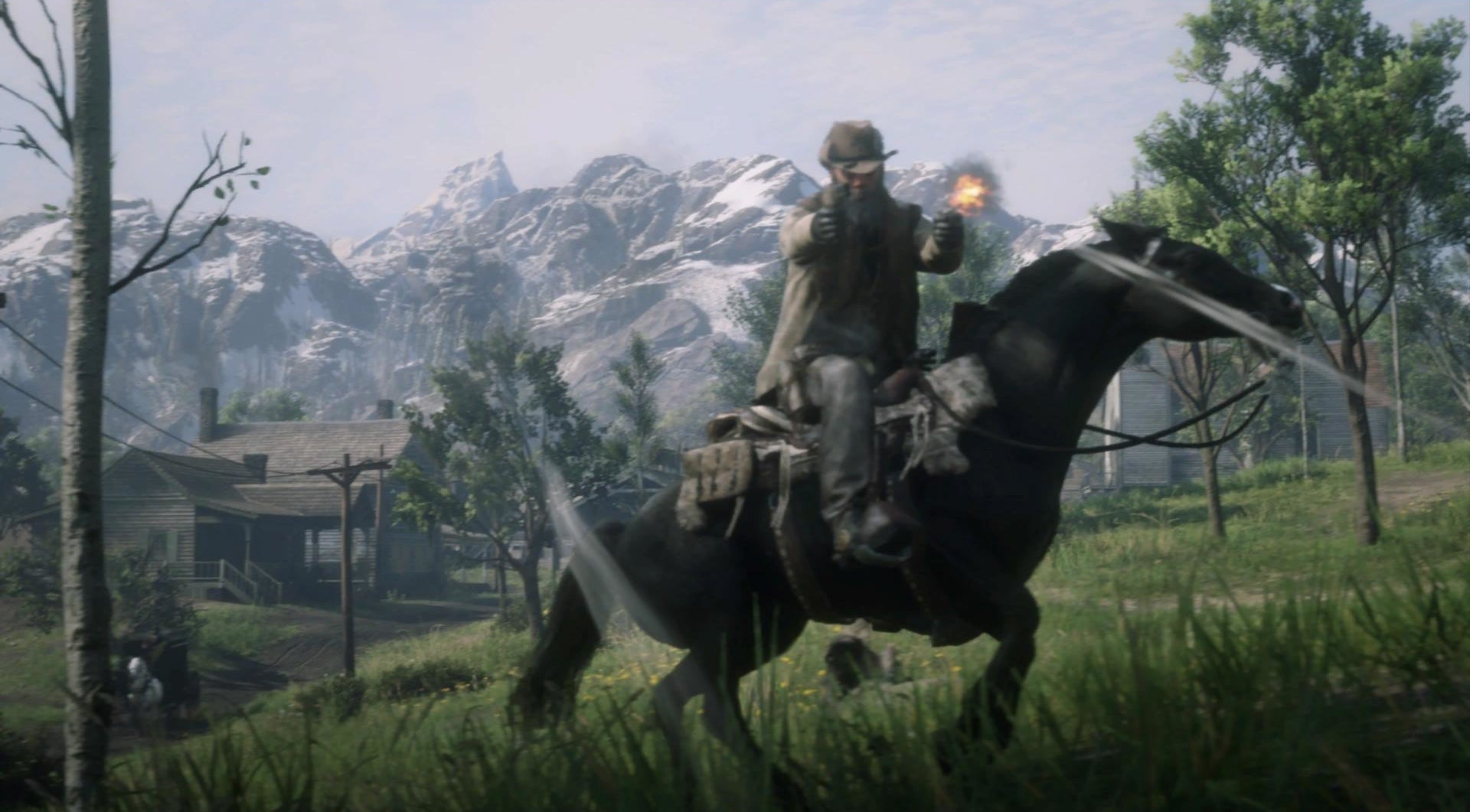 Lutz did not survive this encounter. (Image: Aaron Lutz)

“Ok why are u sending me this,” they asked.

“Because I like taking pictures of people and sending them to the person :),” replied Lutz. “Btw your aim could use some work.”

“Ty for kindness,” said the other player, before adding “I kno I can,” presumably in response to the line about their aim.

Although some players attack him, Lutz contends that Red Dead Online’s community isn’t the violent gang of ruffians some people make them out to be.

“Even when I send a picture to someone who has killed me, they change their attitude towards me,” he said to Kotaku. “Speaking of getting killed while taking pictures, it almost never happens. I’m not out to call anyone in the RDO community a liar, but I rarely run into anyone in-game with super malicious intent. I hear a lot about griefer gangs and constantly getting killed while minding one’s own business, but most of the time I just come across people doing their own thing and leaving each other alone...It’s actually why I prefer RDO over GTAO. I could also just play in defensive mode to avoid such a situation in the future, but what’s the fun in that? Sometimes it makes for a great photo.”

Lutz confessed, however, that he doesn’t think Red Dead Online is in an ideal state right now, and that’s a large part of the reason he’s decided to eschew rooting and tooting in favour of camera-based shooting.

“The number one reason why I started taking players’ pictures was because I became so fed up with Rockstar’s lack of attention to RDO that I decided to experiment with the idea and see what would happen,” he said. “In its current state, RDO is starved for content...While GTA players are getting their casino update along with new cars, missions, vehicles, weapons and whatnot, RDO players are getting by on care packages and weekly hats. If [Rockstar] is busy trying to make the summer update perfect and/or are working on that rumoured single-player DLC, then fine. That 100% makes sense to me. Problem is, Rockstar likes to not tell us anything.” 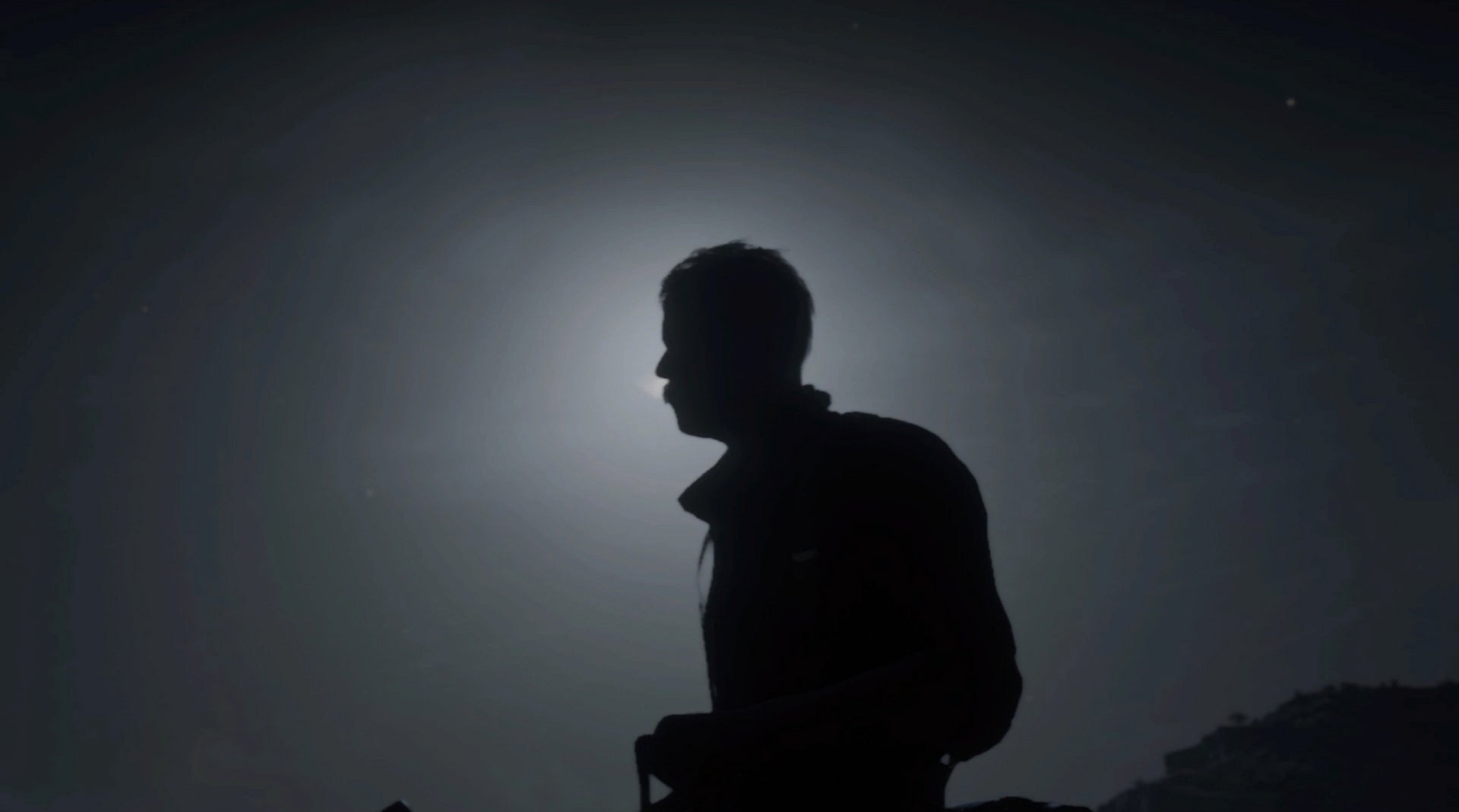 Still, becoming a roving photographer has taught Lutz to appreciate the game’s world in ways he never expected, even as he wishes it were a bit more populated. Recently, he says, he was doing missions with a guy who really needed to vent about the crummy hand life dealt him. “He was letting out a lot of grievances that I frankly wasn’t really prepared for,” Lutz said in his account of the tale on Reddit. “After all, I had just met the guy.” Still, Lutz tried to empathise as best he could. Then, in game, the moon came out. A full moon, no less. Lutz snapped a shot of the moon creating a halo over the other player’s night-shrouded silhouette. He wasn’t sure how this player would react upon receiving it and was worried he might think Lutz wasn’t paying attention to their conversation and get mad.

Instead, the other player was thrilled.

“Yeah dude,” said Lutz. “Moon lined up and I couldn’t help myself.”

“Wow man that… that’s a really great picture actually,” said the other player. “You did that just now?”

“Yeah,” replied Lutz. “I’ve started doing that a lot actually, since there’s basically nothing else to do in this game. Like, take pictures of people I meet and send it to them. Wanna see more? I got some good ones.”

“Sure man, send ’em over,” said the other player. “This is some artsy shit right here, I really like it!”

Then their conversation shifted to other, less weighty topics: the state of Red Dead, the game’s future, jokes, and general silliness. This moment helped Lutz see the game in a new light. “This was essentially the point that I realised how much people appreciate the little things in this game,” he said. “It’s quite an immersive world, yet often cruel and unforgiving. And maybe the harshness of the online Wild West adds to its charm, but so does being kind to your fellow man in spite of the world’s cruelty. We all share this world together, and it’s our actions that shape it.”

Whatever the future holds for Read Dead Online, Lutz doesn’t think he’ll ever stop being the guy who surprise-messages outlaws with snazzy mugshots.

“No matter how many incredible things Rockstar adds for players to do in RDO, I’ll always have a soft spot for putting down the guns and taking pictures,” he said. “It’s become sort of a hobby within a hobby at this point. Maybe even just a hobby all on its own. With all the newly found support I’ve garnered from Reddit these past several days, I’ve felt even more motivated to get better at in-game photography, and sharing it with the community that keeps drawing me back in. Also, if I stopped now, my four Reddit followers would rip me to shreds.”