Put Some Checkpoints In Your Mario Maker Levels

I’ve been playing Super Mario Maker 2 nearly every night since the game was released last week and I’ve encountered some really fun and well-made levels. But I’ve also noticed an annoying trend in many player made courses. It seems a lot of level creators are uploading levels without any checkpoints.

Maybe some creators are forgetting to place a checkpoint into their levels? Or they don’t know how? Or they don’t think their level needs one. Whatever the reason, I find many levels in Super Mario Maker 2 more annoying and time-consuming because of the lack of checkpoint flags. Which is a shame, because some of these checkpoint-less levels are filled with great platforming, action, and puzzles. But I don’t always get to see the end of these levels because eventually my patience runs out. After dying a few times and restarting a long or tricky course, I’ll pass on to a new level.

I understand not putting checkpoints in troll levels or the crazy and evil levels some people make. It’s by design that these levels are extremely hard and annoying. These courses are handcrafted to make players scream and rage. Personally, I don’t like playing these courses, but I understand their appeal and popularity. I don’t want people to think I’m trying to remove this part of the Super Mario Maker community. Keep making your Hellish nightmare levels. I won’t play them, but I’ll happily watch others! 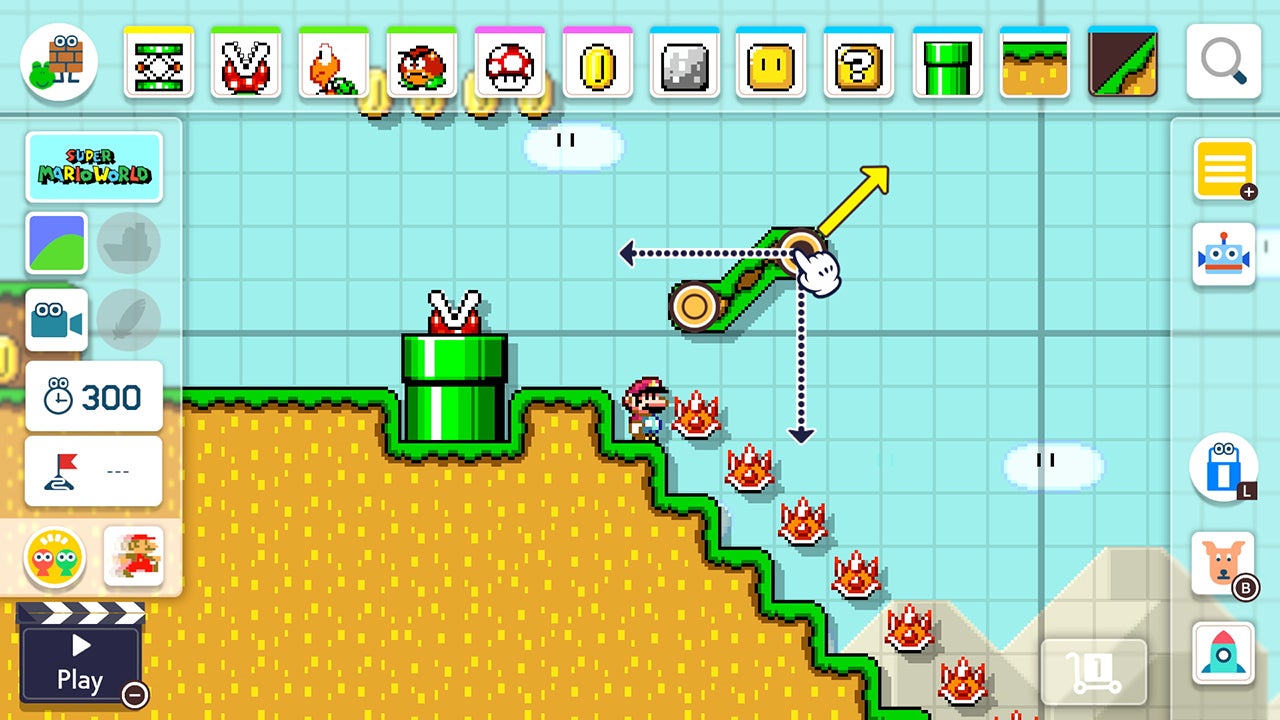 However, I feel most user-made courses in Super Mario Maker 2 aren’t trying to be evil. Most of the levels I’ve played feel like they were built to be fun, challenging and exciting Mario levels. These levels are my favorite when someone comes up with a cool idea of a mechanic or theme. Sadly, a lot of these levels are being uploaded with no checkpoints and that can make these levels hard to finish.

Part of the problem is that many creators are uploading levels with difficulty spikes that can lead to some repeated deaths. With a checkpoint, these sticking points, like a hard jump or pack of deadly enemies, can feel less frustrating to play. Without checkpoint flags, however, any part of your level that is a bit trickier than the rest of the level can lead to players dying and having to restart from the very start of the course.

And watching others play Super Mario Maker 2, it becomes clear that most players aren’t doing this. After three or four deaths, they leave or skip the level and move on. I know I will usually give a level three deaths and then unless it’s really cool or fun, I’ll move on. There is an endless and ever-growing number of levels to play in Super Mario Maker 2, so I just don’t want to waste too much time on something that is annoying me. 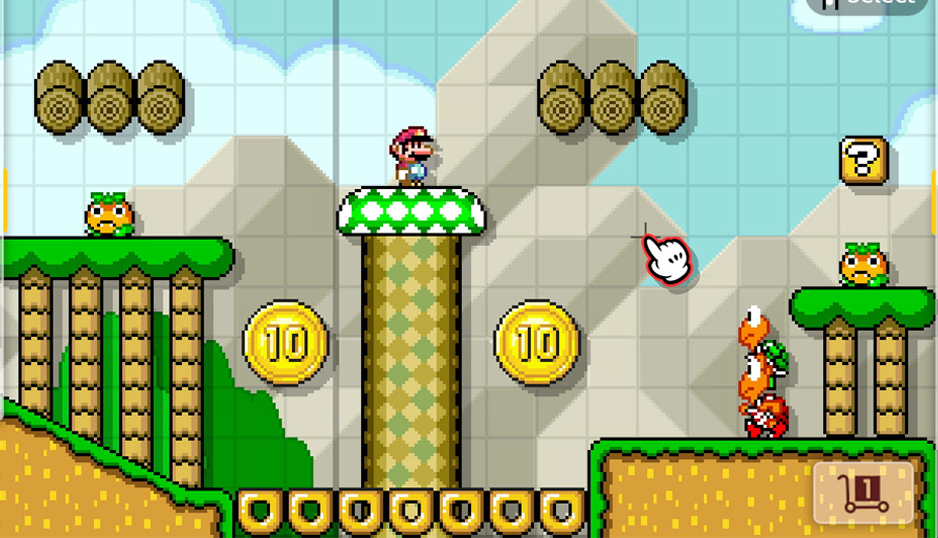 I’ll be the first to admit that I’m not the best Mario player in the world. Sometimes I get stuck on bits that other, more talented players would fly by or never even think about. For these Mario-masters, checkpoints are worthless because they rarely die and are quickly done with most levels.

But we also should remember that a lot of players are more like me or are even less skilled at playing Mario games. The Switch is a hugely popular console, Mario games sell well and kids love making stuff. This all adds up to mean the audience playing Super Mario Maker 2 isn’t as skilled as you might think. So adding checkpoints can be a great way to help get them through your course.

Think about it like this: you spent hours or even days perfecting and tweaking your level. You added tons of details, hidden areas, secrets, massive jumps and a big boss fight at the end. You finally upload it but, because you didn’t include any checkpoints, all that work you put into your level might not be seen by a large chunk of the community because they have to do the whole thing in one go. And for many, that is asking too much and they will move on.

Now if you built this level to be annoying and hard, this is working out how you planned. But if you wanted a lot of players to finish and like your level, the lack of checkpoints is going to be a huge problem for most. 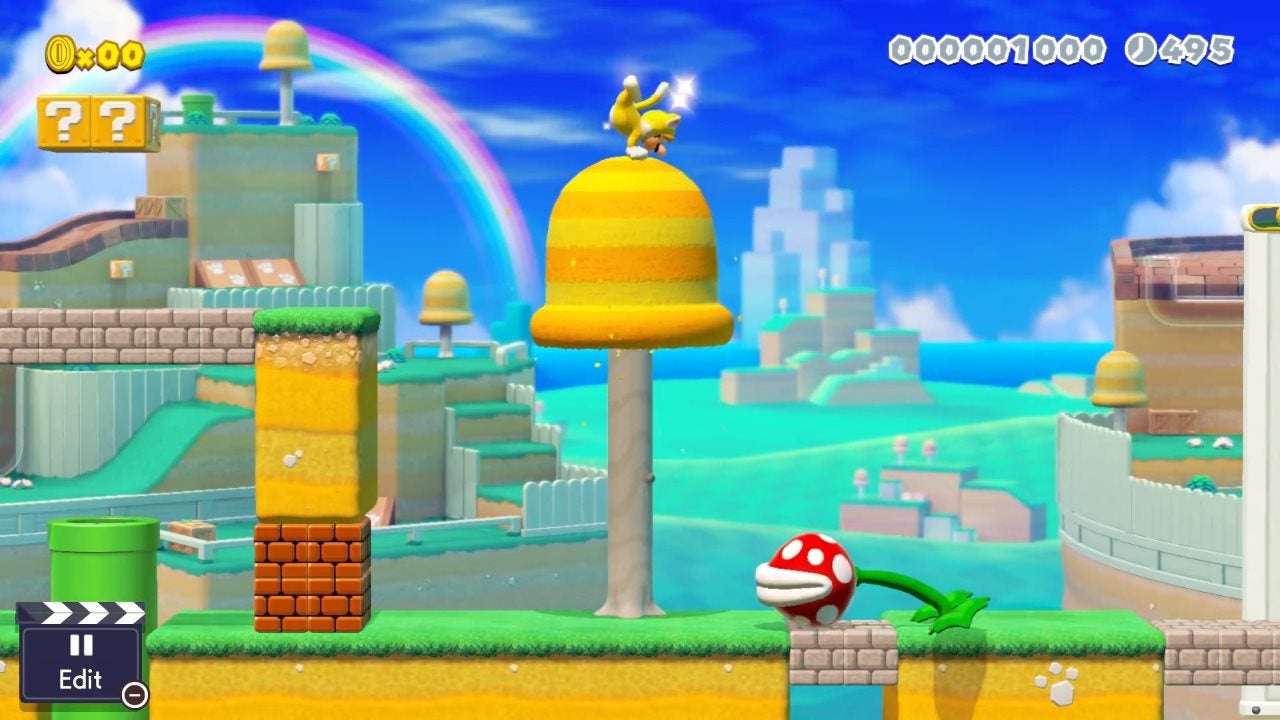 Beyond being a way to help less-skilled players manage tough courses, checkpoints are also a wonderful reward and pacing tool. As you build up the difficulty in a course, adding harder jumps or more enemies, players will get more stressed and nervous. A checkpoint after a particularly hard challenge is a great way to make them exhale, smile and feel like they made progress. For long levels, a few checkpoints can be spread around the course, allowing a level designer to control the pace and intensity of level.

Not all levels need checkpoints. As mentioned early, some levels are built to be extremely hard. Other times you might be making a level where players are hearing a song you made or some other kind of gimmick. And super-short levels can usually avoid using checkpoints.

But most standard Mario levels could surely benefit by adding a single checkpoint. They help make the course more accessible to more players, they add a nice sense of pacing and tension relief and they help make sure players actually see all of the course you spent hours building.