Photographer Captures the Hidden Beauty Inside Stripped Down Gaming Consoles

What do the guts of a Game Boy look like? In a new art series called Assembly Required, photographer Richard Parry takes apart old video game consoles to document all of their internal components, revealing the mesmerising machinery inside their familiar plastic shells.

Parry, an electrician by trade, started with the original Game Boy, the finished image of which he shared on Reddit in early May. It shows the yellow model from Nintendo’s 1995 “Play It Loud” campaign divided into roughly seven different layers, starting with the dot-matrix screen and working all the way down to the double AA batteries that power the system. Each piece, from the circuit board to the individual screws, is set against a crisp, cerulean background that makes everything pop.

Commenters immediately began trying to work out how Parry had put it together. Was it a collection of computer-generated 3D models? Maybe he’d taken a series of photographs and then digitally stacked them to make everything look like it was levitating in mid-air? The truth turned out to be more low-tech. 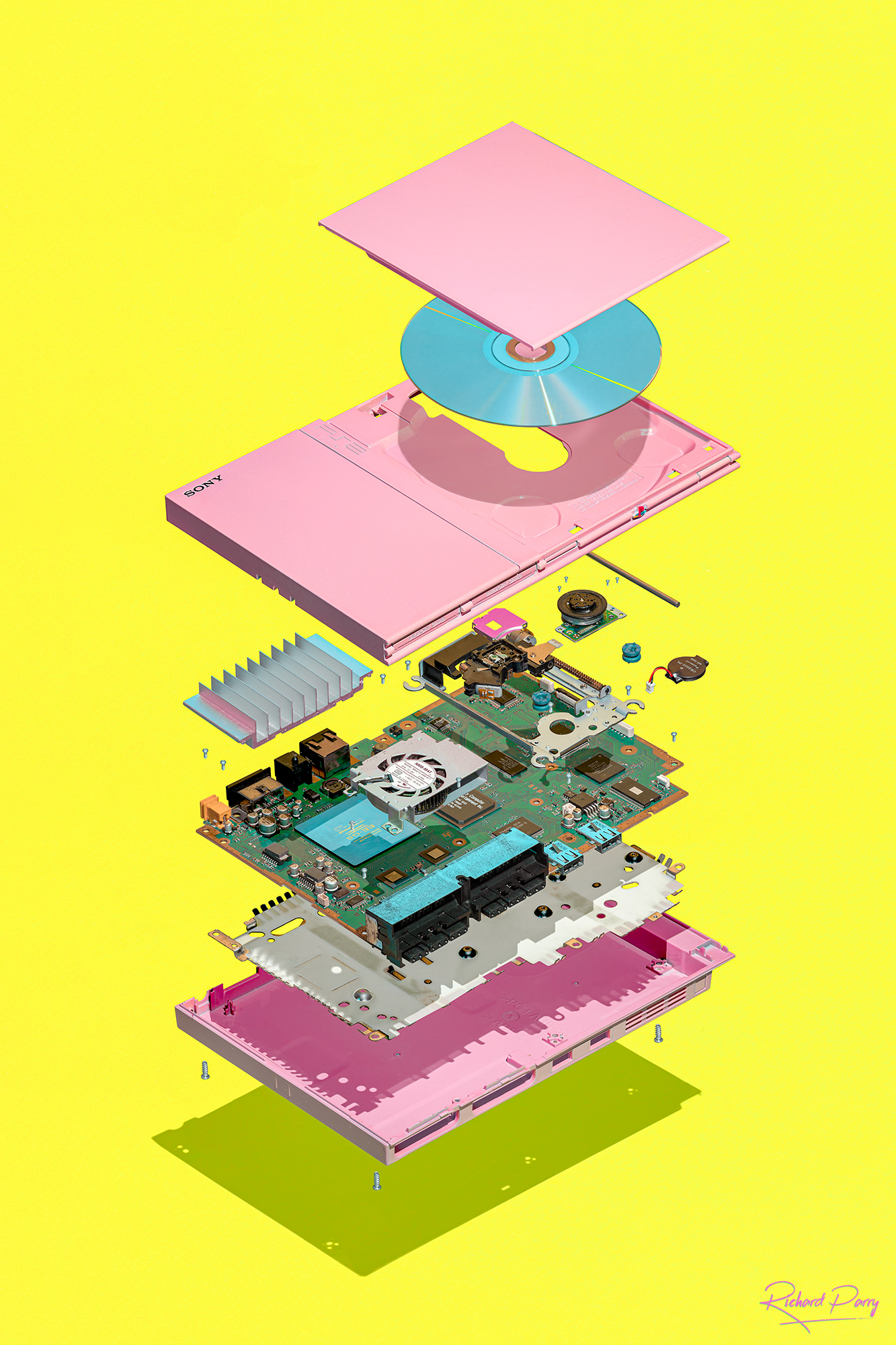 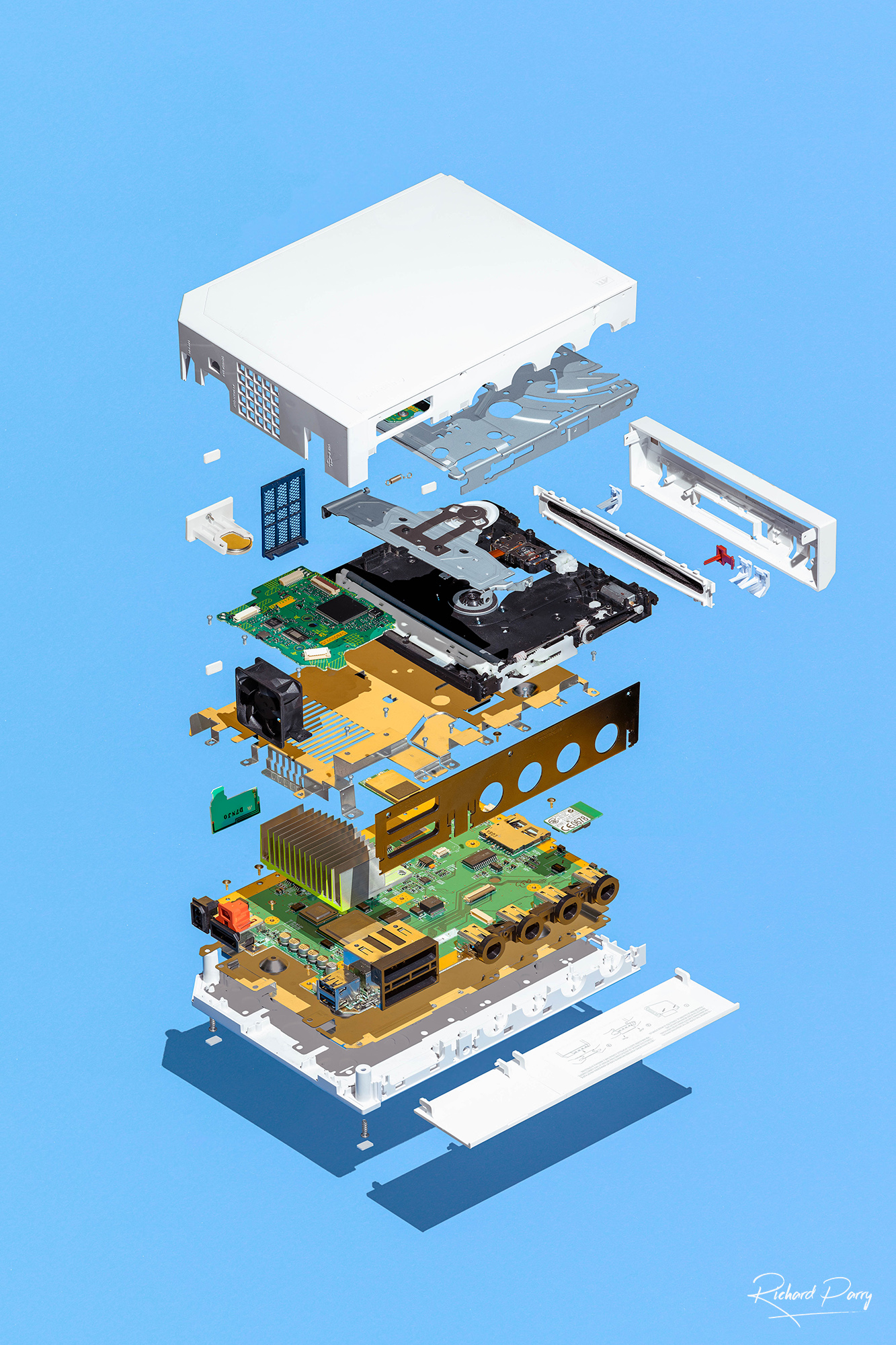 The process starts with Parry hunting for an older console on Ebay. “I try to get broken items first because they likely won’t survive the process and some of these older items are quite precious now,” he told Kotaku in an email. “I’ll disassemble them and work out which elements belong on what layer and how to present them in an accurate but also aesthetically pleasing way.” He then arranges each piece on a sheet of see-through acrylic, holds them in place with glue, and creates the stacks seen in the finished piece.

In other words, what you’re looking at in these images is a jazzed-up photograph. There’s post-processing in Parry’s methods, as he gets rid of any visible glue and removes any haze that comes up in the acrylic, but these are authentic looks at the insides of video game consoles. “I think people are interested to see what’s inside of these items they’d spent so much time with,” he said. 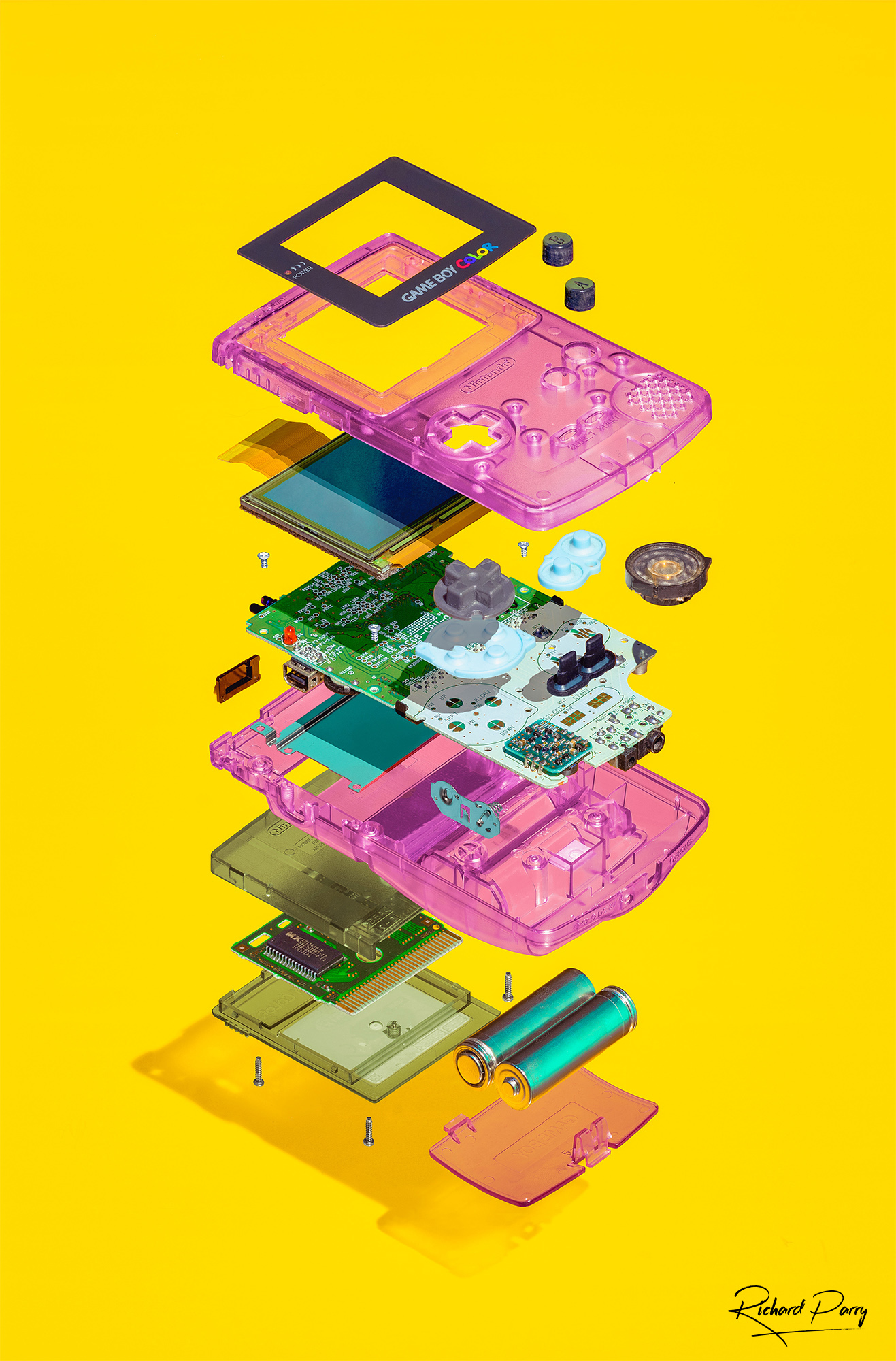 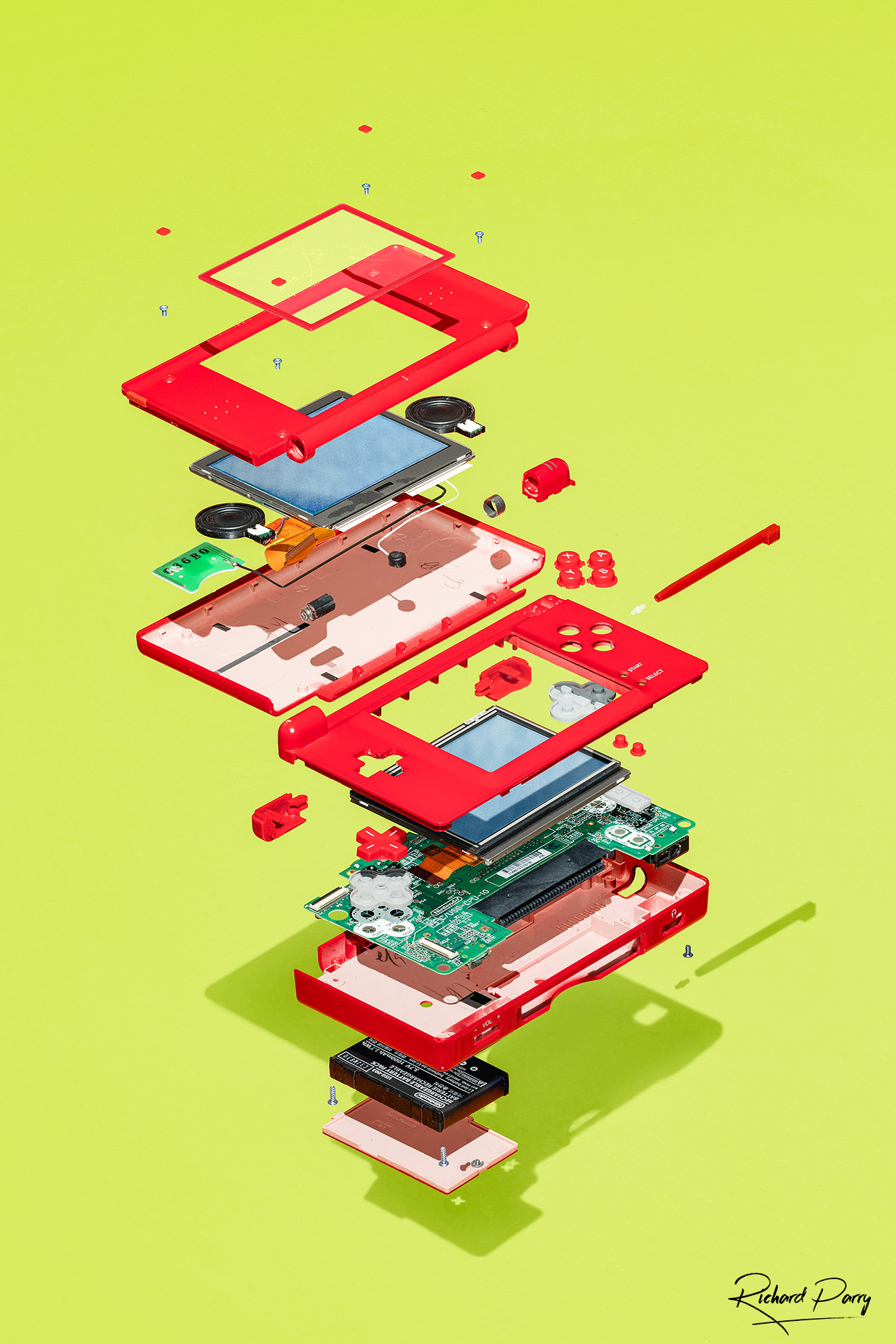 Parry’s subsequent pieces have taken the same approach to the PlayStation, Nintendo 64, and even the Wii. His latest, a pink PS2 slim, is one of the more stunning. “I tried to pick the most culturally relevant consoles first. Nintendo consoles are great because they really took risks with their console design and they show up great on film,” he said. “I’ve avoided more modern consoles because they’re all just black boxes and they don’t look especially interesting.”

In addition to looking more interesting on the outside, Parry also thinks the internals of the older systems look like works of art in their own right. “I love the older consoles, they’re so simple, it’s like every component is fixed to the main circuit board. They’re so simple in their construction it’s no surprise they’re still running 20 years from when they were built.”

You can find more of Richard Parry’s work over on his Instagram.