From its launch in late September through mid-May, Nintendo’s mobile RPG Dragalia Lost was part of my daily routine. I only missed one daily login during the entire period, and that was because I was recovering from surgery. But, over the past couple of weeks, the game’s pull on me has faded, and my play sessions are growing more and more sporadic. The events are predictable. The summoning draws aren’t as exciting. I’ve lost the will to Dragalia Lost.

I have to give developer Cygames credit. Dragalia Lost has held my attention longer than any other collectible character game. Star Wars: Galaxy of Heroes only lasted about four months. Nintendo’s tactical mobile RPG, Fire Emblem Heroes, kept my attention for three months, but now is a game I only hop on occasionally to harvest any free character summons I’ve accumulated. Eight months of near-daily play isn’t bad at all.

Now, the glue that stuck me to Dragalia Lost is wearing thin. I remain impressed that every new warrior or dragon added to the game gets their own story; there are no throwaway characters. It’s just that I’ve collected 94 of the 124 or so adventurers in the game. New faces are a rarity in my game. The same goes for dragons. I’ve got most of them, and the ones I don’t have only pop up during special summoning events.

Summoning new characters and dragons is my main motivation for playing Dragalia Lost. I play through quests and events to earn the crystals needed to do ten summons at a time (there’s a better chance of rares in a ten pull). It takes time to gather the 1,200 crystals required, and when the results are a handful of duplicate characters and the odd four or five star dragon, it’s not worth the trouble. 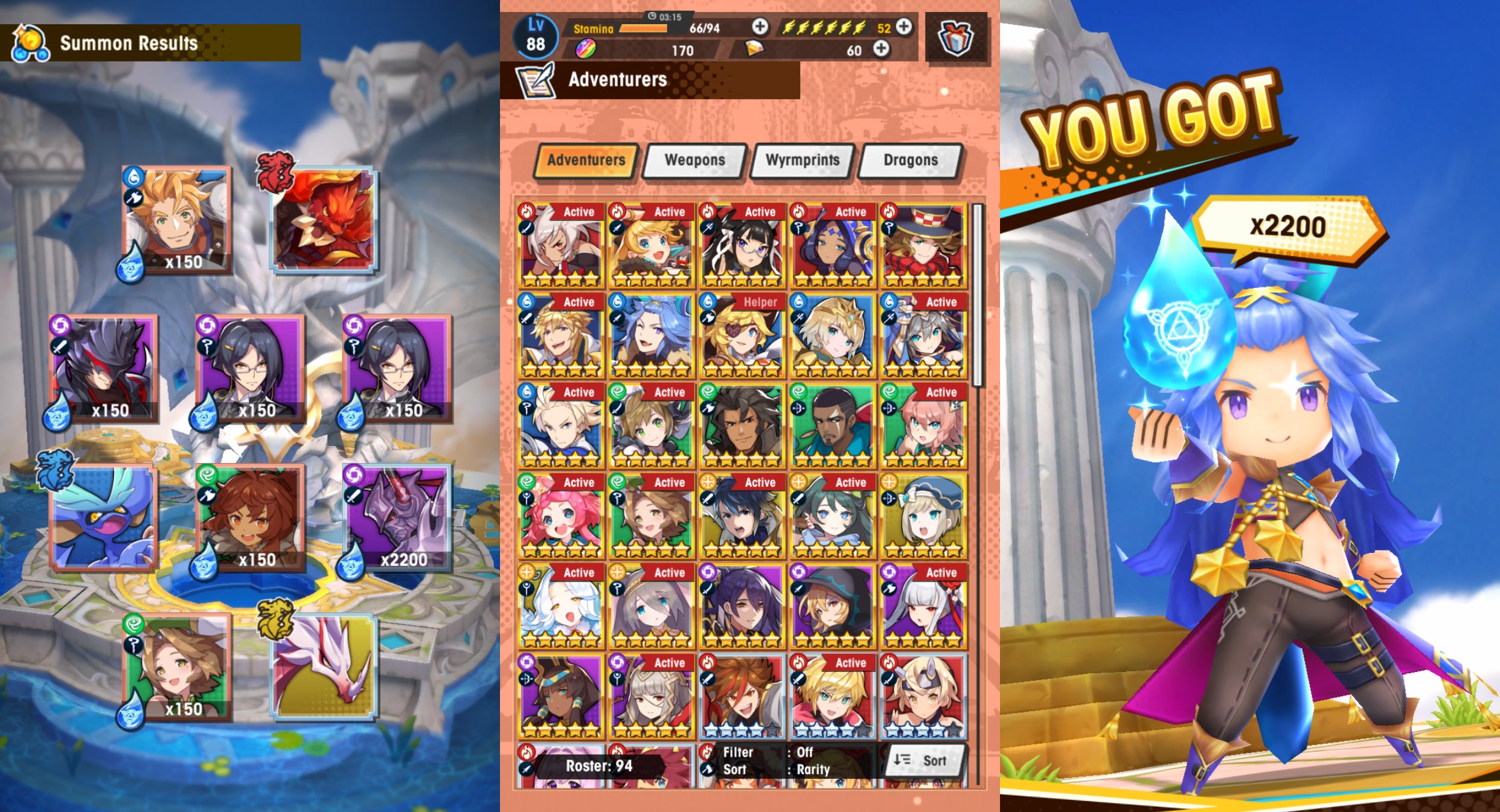 Left: Dupes / Middle: My characters / Right: My most recent pull, another dupe

Some of that is my fault for playing so religiously. There’s only so much to collect, and I’ve worked hard to collect a lot of it. But Cygames hasn’t helped, either. Earlier this year, the developer removed character-enhancing Wyrmprints from the summoning pool, as they weren’t as exciting for players to receive than heroes or dragons. More duplicate characters and dragons in summons was an unfortunate side effect of that change.

It’s not all about the summoning, though. After months of exciting new raid and facility events popping up on a near monthly basis, Dragalia Lost’s special events have started repeating themselves. Right now, one of the game’s earliest special events, “A Wish to the Winds” is back, which is lovely for newer players who never got a chance to reap its rewards, but not so good for a long-time player desperately searching for something new.

I’ve no doubt that Cygames and Nintendo will continue to bring fresh content and ideas to Dragalia Lost. April’s crossover with Fire Emblem Heroes introduced a new type of cooperative mission to the game (as well as some kick-ass new music). Another significant happening along those lines could easily drag me back for a time. 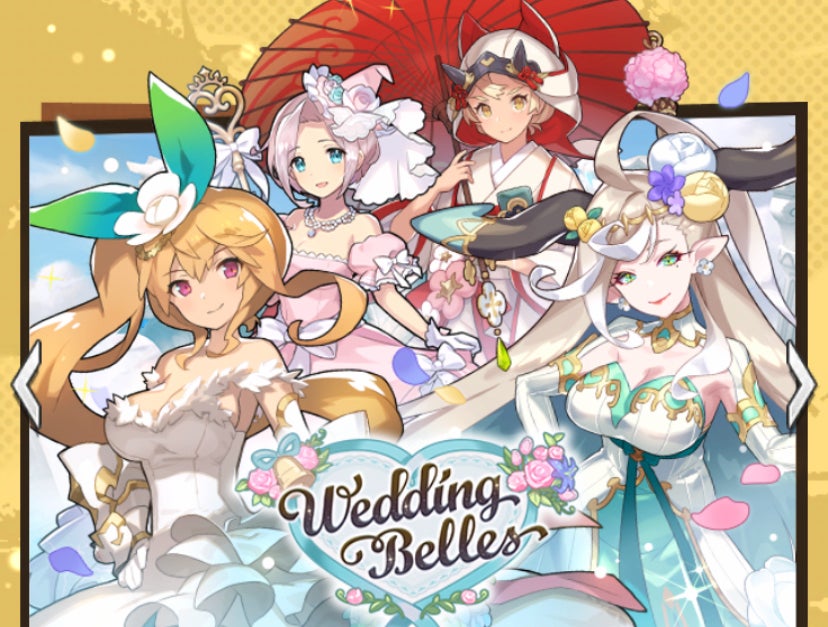 Does leaving during the wedding summoning event count as leaving the game at the altar?

For now, though, Dragalia Lost is officially no longer a part of my daily routine. I’ll still keep it on my phone, maybe hop in from time to time to see if the developers dropped any “thank you” or “sorry for the inconvenience” currency into players’ inboxes following milestones or technical difficulties. If I see a cool new character or dragon pop up on Twitter, maybe I’ll drop in to see how the summoning roulette treats me. I still love the game. I’m just not in love with it anymore.