I was playing Ghost Recon: Breakpoint as the assault class, Fixit. I had been doing my best to act as a tank for my teammates by getting out front and shooting people with my assault rifle. But my injuries started to add up: First I got nicked in the arm, then the leg. I didn’t have a chance to apply bandages, so I just kept fighting. Then I got shot in the gut. My character’s movement slowed dramatically. I needed to get behind cover to deal with my wounds, fast.

Ghost Recon: Breakout is the latest entry in the Ghost Recon franchise, and it comes with some new bells and whistles. One of those is a system of injuries that can sometimes impede your gameplay by making your character slower or making your aim shakier.

“It’s not always about being super strong,” Matthew Tomkinson, UX designer at Ubisoft, told me. “In terms of gameplay it brings a change of rhythm, and when you develop games that’s always what you are looking for—either by having new game design rules or systems, or having enemies that bring more variety.”

There is certainly variety in the enemy types as well. As I played, video producer Paul Tamayo and I were beset by enormous and powerful drones that we needed to team up to destroy, sometimes while we were being flanked by less powerful, human enemies. Getting an injury in these moments added an additional tension. Should I deal with it in the field, or wait until a quiet moment to patch myself up? During the demo I played, I almost always opted for the latter. As my character staggered around, clutching their gut, I realised that wasn’t always the best choice.

“You can have lesser injuries that you can use bandages for, to remove those wounds,” Tomkinson said. “You can also heal in the bivouac, where you would have a very graphic experience where you remove the bullet.”

The bivouac is a kind of camping system, which is new in Ghost Recon: Breakpoint. You can set up a temporary shelter called a bivouac, where you can deal with injuries, select a gameplay buff, craft items, or change your character class. The option of waiting until you camp to heal your wounds was tempting while I played—though by the time I was pulled from the demo for my interview, I was furiously wrapping bandages around myself in order to keep up with my team. 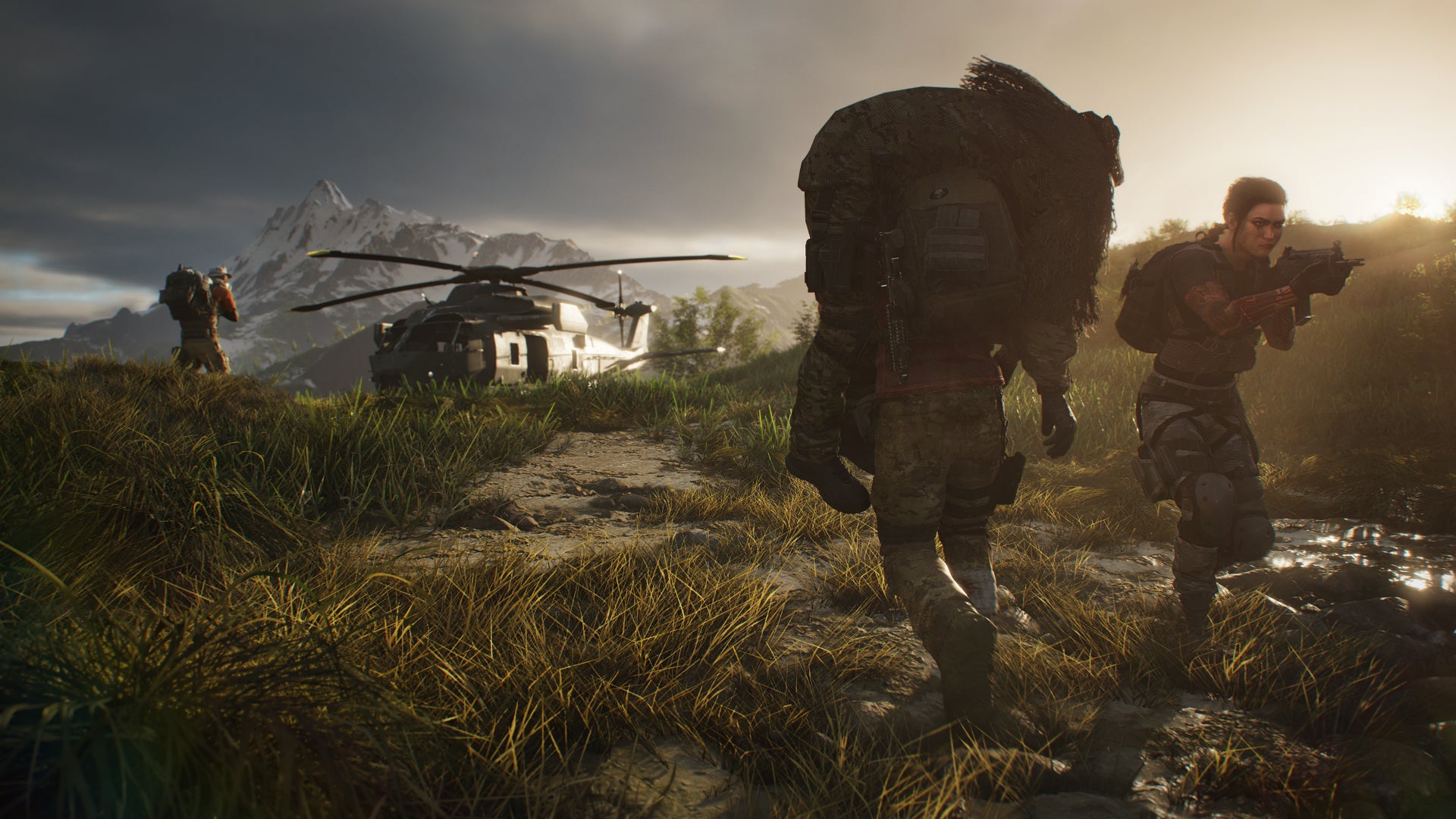 Ghost Recon: Breakpoint has other elements inspired by survival games, like eating and drinking. Unlike in those kinds of games, you’re not penalised for not eating or drinking. Instead, if you see a river and take a drink from it during the game, you get a buff. It’s the same in the bivouac. If you’re not injured, you can use your time at camp to do things like inspect your weapon, which gives you a small buff to weapon accuracy.

“It’s more of a positive design that makes you stronger than you were before,” Tomkinson said, “rather than negative design in telling you, ‘now you have to drink or else you’ll die or you’ll be less powerful.’”

In my time with Ghost Recon: Breakpoint, the tension between the brief moments of respite when I could heal myself and the relative chaos of gunfights brought a lot of drama to our mission. While I was punished for my mistakes with debilitating injuries, overcoming those setbacks made winning a gunfight more exciting.

“It’s the same in my life when I get sick,” Tomkinson said. “What I really love is the moment where I feel good again, and that’s what we want to have in this game.”