Call of Duty’s most recent seasonal event, “Days of Summer,” hit Black Ops 4 on 4 June for PlayStation 4, but what was supposed to be fun in the sun turned out to be more like the Days Of Bummer.

Days of Summer, which will arrive on 11 June for Xbox One and PC, does dry out the Blackout map in a good way. The flooded waters from the previous “Wetworks” event have receded, there are areas setup for some grillin’ and cold brews, and many of the zombies are ready to hit the beach with duck floaties equipped. The map looks great visually. Unfortunately, the new limited-time “Ground War” mode is probably the weakest of all the Blackout limited-time modes thus far.

Ground War is 50 vs. 50 battle royale, an LTM with which Fortnite players are very familiar with. It often falls flat due to lopsided team numbers and lack of engagement. Black Ops 4’s take on large-scale warfare doesn’t really make any improvements, and the teams are almost always heavily unbalanced by mid-match. The circle is much more confined and respawn is enabled, but that doesn’t make the gunfights more frequent or satisfying, as Ground War manages to still play pretty slowly for a respawn mode.

You’ll often find yourself surrounded by a bunch of friendly randoms, who just get in your way and step into your line of sight during a firefight. Sometimes they’re just engaging in water balloon fights, because yes, you can throw water balloons in Blackout now. Luckily, friendly fire is turned off for Ground War. I don’t think players need 49 teammates in Blackout as the game feels far more balanced and engaging with nearly 99 players trying to kill you. 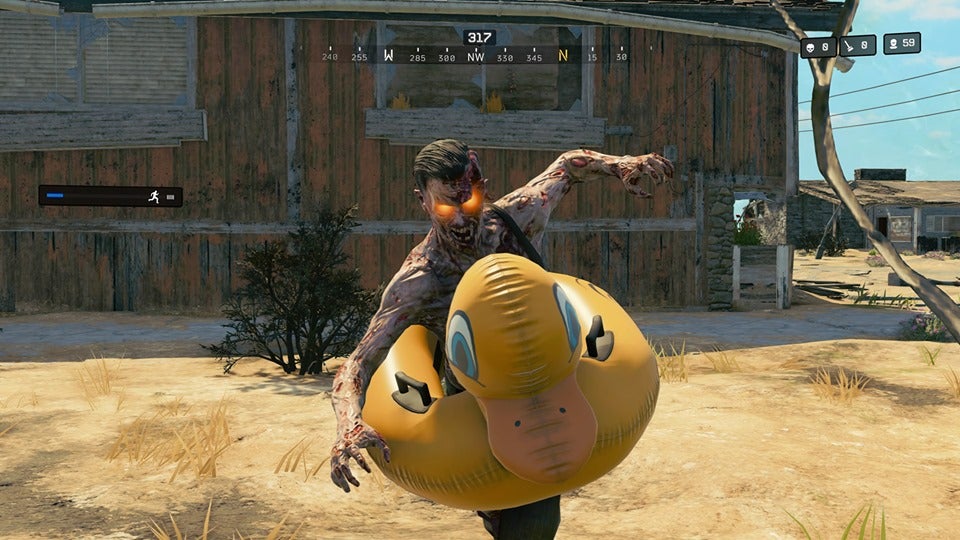 The only real shining moments of Days of Summer exist within the standard multiplayer. Capture the Flag makes its Black Ops 4 debut here, and it plays out like you’d expect from the classic Call of Duty mode. Grab your opponent’s flag and run it back to your base while also protecting your own flag. In no way innovative, but always fun.

The fan-favourite “Grind” from Black Ops 2 is now a free map for all players on PlayStation 4, and Xbox and PC users will get their hands on it next week when their Days of Summer begin.

I was really excited to see Grind, a fun and memorable DLC map from Call of Duty’s past, join Black Ops 4’s list of throwbacks. Grind is a skatepark that offers both a visually interesting environment as well as a map layout perfect for multiple playstyles. It gives me all the Tony Hawk’s Pro Skater feels while I play Call of Duty. One complaint from the start of the Spectre Rising event in May was that Black Ops 1’s WMD map was added only for Black Ops Pass holders, so it’s nice to see Treyarch giving Grind free to everyone.

There’s also a community challenge active that will reward all players with the fully-customisable Grav assault rifle (formerly known as the Galil in Black Ops 1) after the community has completed a total of 15 million public matches. The Grav has currently been active in Zombies and Blackout, but reaching this community challenge will make the gun accessible in multiplayer. I think this is a totally acceptable way to introduce new items into the game. Everyone plays, everyone wins. However, I wish this challenge was made for one of the new weapons added to Days of Summer and not the gun we’ve already been using in other modes.

Unfortunately, it’s a trend for Black Ops 4 content drops to be overshadowed by disappointing microtransaction decisions. There are fifty new tiers of Contraband loot that can be earned simply by playing the game during the seasonal event, but most of the items are junk filler like stickers and calling cards. There’s not even a single weapon camo within the entire fifty tiers of loot. Tier 50 will unlock a new sniper rifle, but the four additional weapons that arrived with Days of Summer are locked behind Black Market reserve crates. And just like at the launch of Spectre Rising, there was a plethora of junk added into the Black Market. Good luck getting the items you want.

If egregious microtransactions don’t bother you, it’s worth mentioning that Prophet, a Specialist who hasn’t seen any love with his outfits in Black Ops 4, finally received one of the best skins in the game. The attention to detail with his pirate outfit is pretty fantastic. Sadly, “Skipper” Prophet is currently only available to purchase for either 800 COD Points or through luck of the reserve cases. 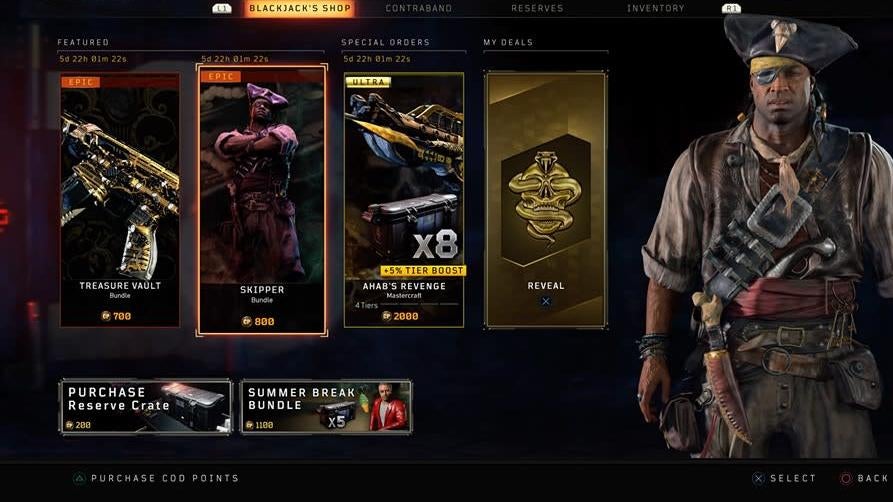 It’s also worth noting that while Black Ops 4 continues to drown under poor microtransaction decisions, last year’s Call of Duty: WWII also received new guns on 4 June that are currently only available in supply drops. Sledgehammer Games has since responded to the community complaints with a Reddit post that read in part: “We are actively keeping an eye on all our social media channels to see how you feel about the release and we hear you loud and clear, friends.” Weapon contracts will be added to allow players the opportunity to earn these new weapons.

Despite a lacklustre Blackout mode, this could have been a mostly positive content drop if microtransactions had been handled differently. Unfortunately, they’ve clouded up what should have been a bright summer’s day.