Trover Saves the Universe is my favourite sort of virtual reality game. It’s bright, colourful and weird. It stars me, as a silent seated presence, guiding titular hero Trover in third-person. It can even be played without a virtual reality headset. These are features I like. I also like the crass, stammering humour of Rick and Morty co-creator Justin Roiland. Just not so much of it at once.

The twisted tale of Trover Saves the Universe, out now for PC and PlayStation 4 from Squanch Games, begins with a monumental creature named Glorkon stealing the player’s beloved dogs, jamming them into its empty eye sockets to harness their power, and launching into a rampage that threatens to destroy the universe. Soon after, the player, a member of an alien race who live their entire lives seated in chairs, is visited by a purple eye-hole monster named Trover. Forced together by fate (a.k.a. Trover’s boss), the pair embark on a quest to kick ass, find collectibles, and save the universe.

It sounds a little weird and kind of wholesome. It is totally weird, but not at all wholesome. The game opens with Glorkon calling the player a “stupid piece of shit” multiple times. From there it’s an ongoing stream of Roiland’s signature babbling profanity.

Fans of Rick and Morty are sure to be pleased, if they can stand the constant rambling dialogue. Though the stars of the hit animated series aren’t in the game, their presence is always felt. Trover’s voice is a less whiny version of young, put-upon Morty. Glorkon’s minions, one of the game’s most prevalent enemy types, all sound like bedraggled scientist Rick. They get some cute lines, like calling out Trover for murdering their friends when taken out with a swing of the hero’s glowing sword. They also have a lot of random fuck-yous. 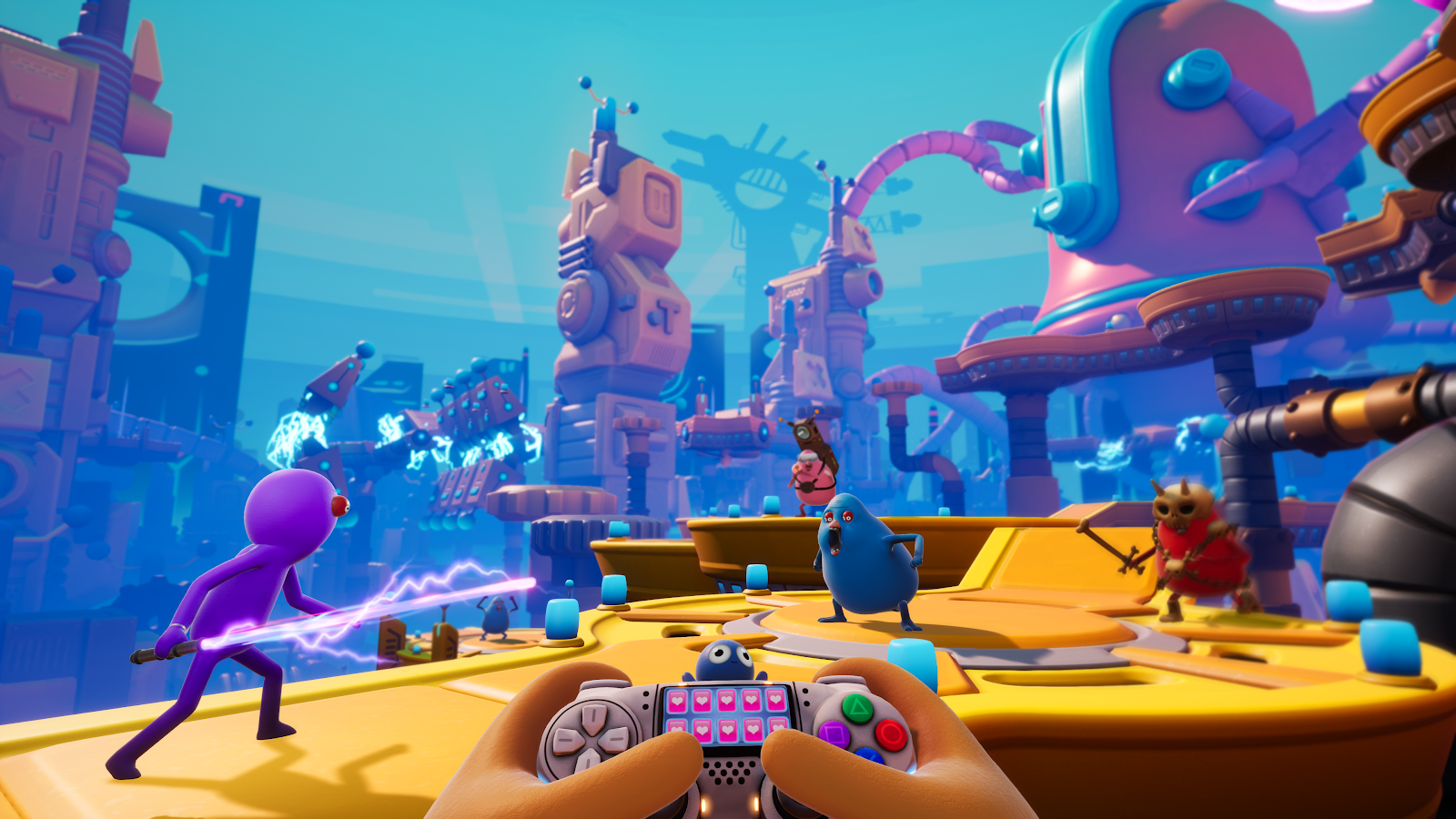 Trover Saves the Universe is a very clever game that does many interesting things. In the opening sequence, when two soap opera actors on the player’s in-game television get into an argument that’s actually a disguised tutorial? Hilarious. The game regularly gives the player choices on how to proceed with the story. Early on, an old man blocks the player and Trover’s progress. Trover can hit him with a sword a couple of times to get the old man to unblock the path, while shouting about elder abuse. Once the path is open, Trover can keep hitting the old man, eventually murdering him. That decision pops up in the dialogue much later in the game.

I really like the player interface as well. It’s a game controller, just like the one I hold while playing. When buttons are pressed on the controller in real life, buttons are pressed in the game. The player eventually gains the ability to pop their chair into the air, giving them an overhead perspective. They learn how to grab objects and manipulate them to solve puzzles.

If they are really lucky, they learn how to put up with Justin Roiland going on and on about goofy nonsense. He just never stops talking. There’s a planet in the game that contains an interplanetary zoo that turns out to be owned by Trover’s ex-housemate. Roiland, as Trover, launches into an endless series of stories about how horrible his roommate was. I was trying to figure out how to navigate this new area and he just wouldn’t stop. I started getting a headache, and I wasn’t even playing in VR. 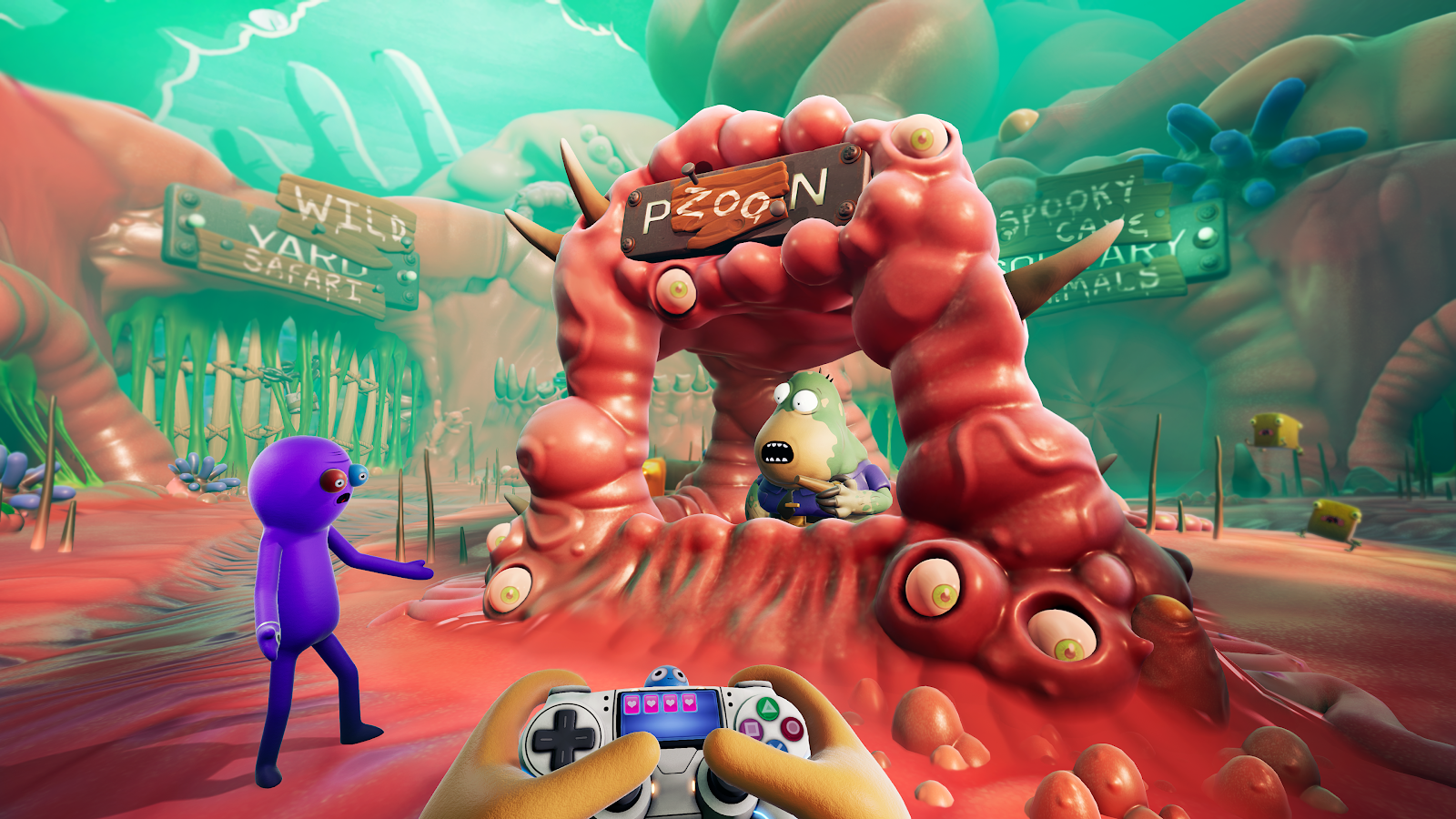 One of the public relations folks for the game told me that Trover Saves the Universe is a seven- or eight-hour game with over 20 hours of spoken dialogue. That’s way too much. Fortunately, there is a way to enjoy the game without overdosing on Roiland. 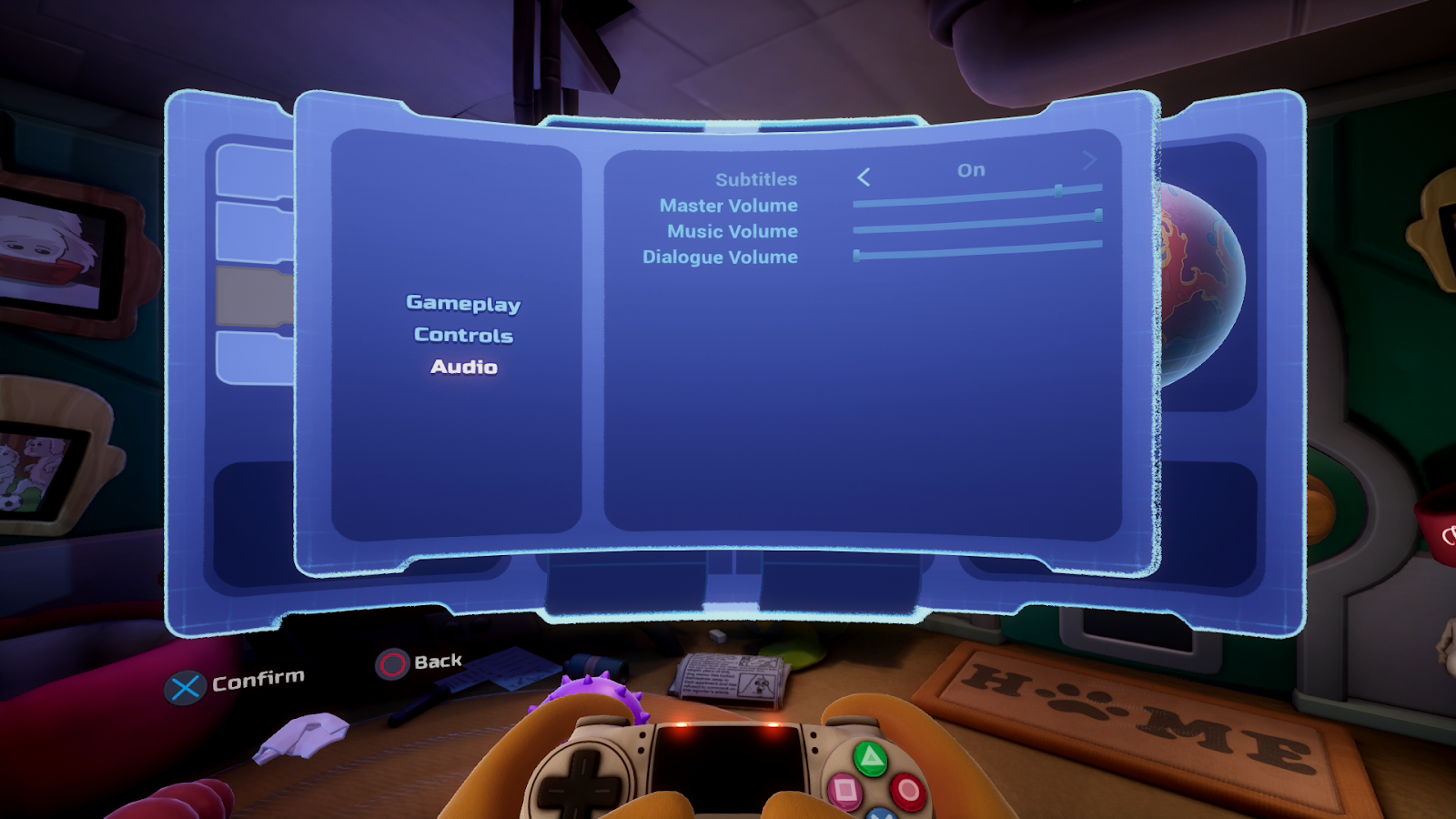 Mmmm, so much better.