Sometimes, life presents you with a choice that you just know is going to Change Everything. It’s in these moments that we must take decisive action, plunge headlong into the abyssal unknown with nothing but resolute self-belief to shield us from the grasping black. Anyway, it’s with this in mind that I tell you I’ve spent the past 72 hours racked with indecision over whether or not to restart a video game I’m three hours into.

The game in question is Pathologic 2, a self-described “narrative thriller” that’s a sort-of-sequel, sort-of-remake of the 2004 cult classic surrealist survival horror game Pathologic. Pathologic 2 is really fascinating! You play as a surgeon who’s returned home to help out his father, who is also a surgeon, in a plague-ridden town. Then you find out he’s been killed and everybody thinks you did it. Also, reality is fracturing, filling the world with giant bulls and creepy bird people and spindly black reflections that speak the innermost truths of the people they’re attached to. It’s a setting equal parts unrelentingly grim and gleefully bizarre.

It also does some extremely unique things with death and time, which brings me back to my restart dilemma. If you get beaten to a bloody pulp or starve to death in Pathologic 2, you don’t usually die. Instead, you wake up somewhere else, and everything around you is a little bit weirder. On top of that, time advances, eliminating various options and objectives. The game is rarely meant to feel satisfying: Even when you’re using your time wisely, you’re often presented with conflicting or inscrutable options that leave you responsible for somebody’s untimely fate no matter what you do. It is a game where failure is undeniably frustrating, yet it also leads to some of the most interesting outcomes and story beats. 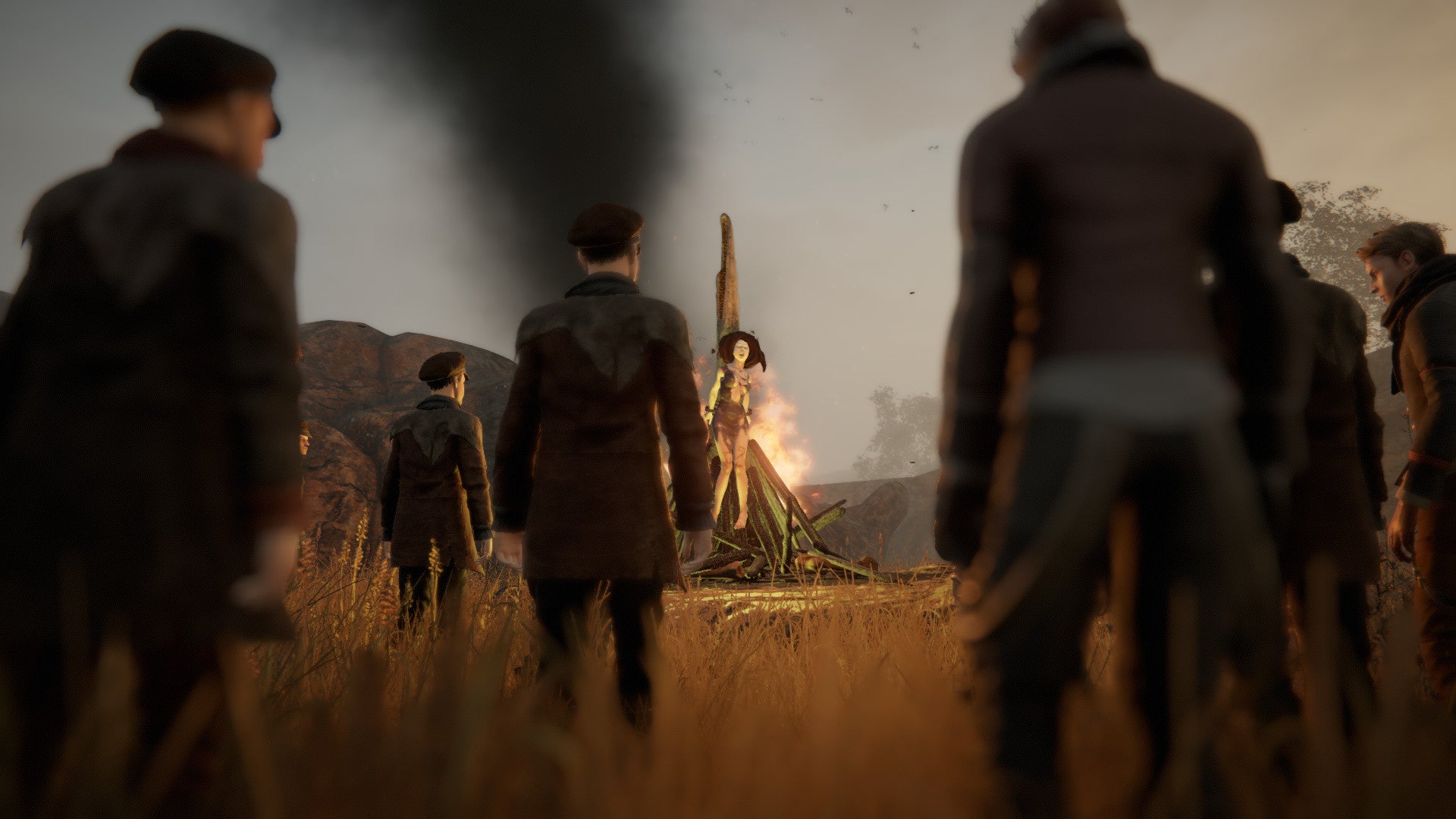 But jeez have I ever bungled Pathologic 2's first few hours, which do not hold your hand even a tiny bit. The game does this, in part, to achieve an effect; my character is stressed and disoriented, thrust into a supernatural no-win situation he can barely even comprehend, let alone handle. It makes sense that the player should feel this way, too. But even then, it feels like I’ve made more mistakes than I needed to. I tried to save a kid from dying of poison, only to get my face smashed in by random street toughs and rise from my premature grave too late to go be a competent doctor.

Even if I’d made it, though, I’m not sure I could’ve helped. I have no medical supplies, and my reputation with the person running the pharmacy is so bad that he won’t even sell me a used plaster. I also have no food and only a small amount of money. I’m trying to raise my station by doing favours for my character’s old friend who’s now a cocky crimelord, but I keep getting punched into comas of various lengths by the townspeople, the majority of whom hate my gurgling guts.

Three hours is forever. Are you sure you want to flush one eternity down the toilet? Just like that?

This isn’t to say I’ve given up. I actually feel like I’m on the verge of figuring things out. Perhaps, then, my rough start will lead to a more satisfying personal narrative in the long run, especially given that Pathologic 2 is built around the idea that you will fail frequently. But at the same time, it’s the start of the game, and you want to put your best foot forward, right? I can see now how I could have avoided much of the misfortune I walked into like somebody with no depth perception slamming face-first into a door frame. Other, more traditional games have taught me that doing so will lead to unequivocally better outcomes, even if they’re just (relatively) small things like a minor character surviving or me having more supplies for when things get really rough later on. Pathologic 2 seems to scoff at this notion, but I don’t actually know what I’ll get or miss out on for my troubles.

Then there’s the time conundrum. Play a game for one hour and realise you’re harbouring a gnawing feeling of regret? Restart! I mean, why not? One hour is barely any time at all. Play a game for two hours and sense the tendrils of dissatisfaction weaving their way into the most uncomfortable tunnels of your brain cave? Restart! Sure, two hours is more than one, but it’s not a tonne in the grand scheme of things. I mean, two hours is the time limit on getting a Steam refund. No big deal. But play a game for three hours and feel the bitter bile of disappointment rising in your throat? Well, shit. Three hours is forever. Are you sure you want to flush one eternity down the toilet? Just like that? I cannot, in good conscience, recommend it. Think of the lives you could have lived, the friends you could have made, the thing that’s been on your to-do list for months that you finally could have gotten around to if you just had exactly three spare hours. But now you ruined that, you rube, you numbskull, you pitiable fool. 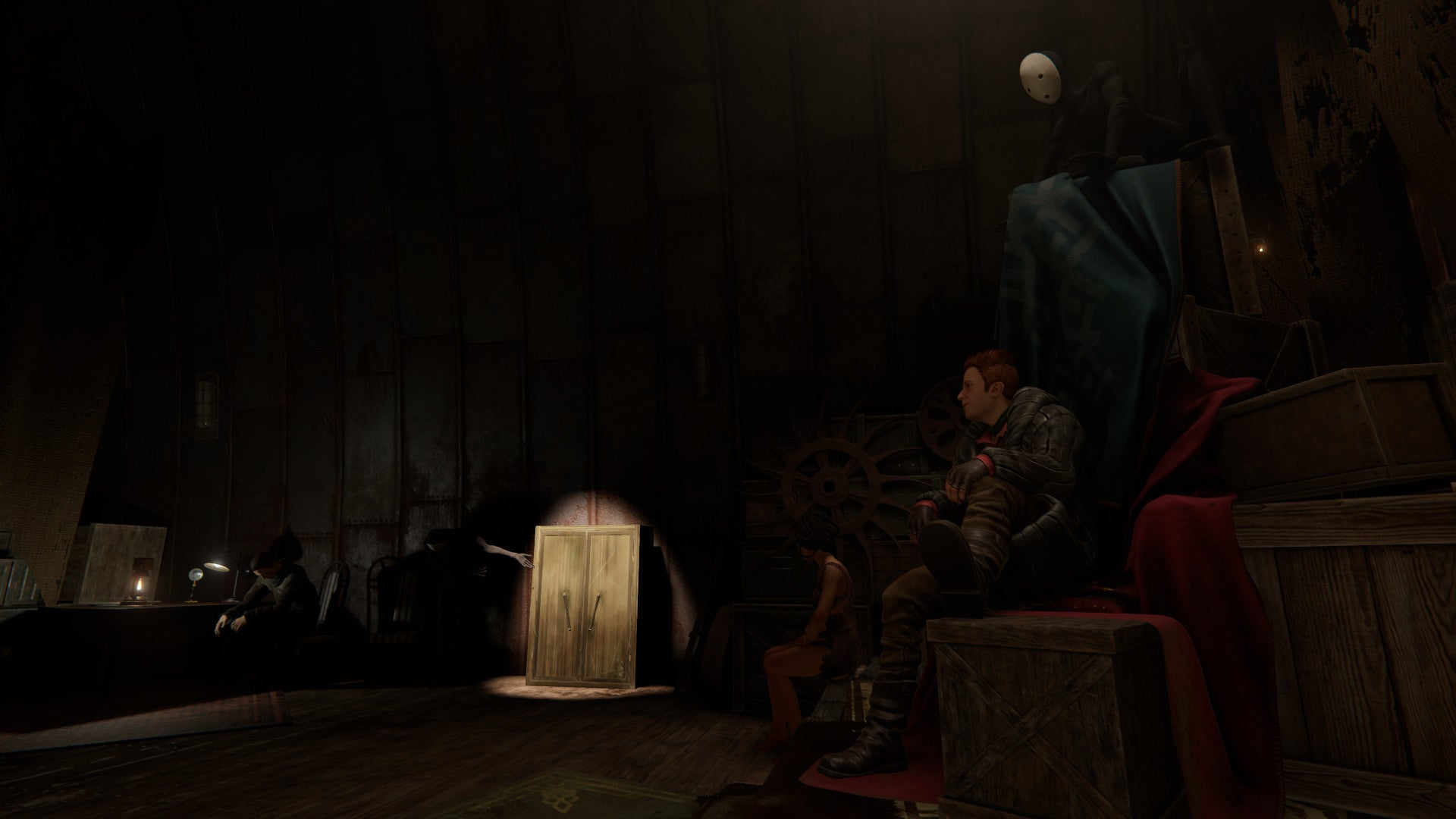 Plus, if I restart, will I even have the strength of will to make it back to where I was before? Or will this function as the quiet nail in the coffin for my time with the game? Will I select it in my Steam library and then think, “Ugh, I don’t feel like doing a bunch of stuff over again today”? This isn’t helped by the fact that there are other very pressing temptations currently sitting on my hard drive, like Void Bastards and Outer Wilds. I’m beginning to think that I’ve checkmated myself.

This is not, let me emphasise, a real problem. It’s an entirely manufactured issue created by a caveperson brain that, despite technology’s unrelenting march, has scarcely evolved one minute past the point in time when every little decision actually carried life or death consequences. It is a dumb problem to have, but it’s nonetheless what I’m dealing with. Ah, screw it, maybe I’ll just toss all these anxiety-inducing new games by the wayside and sink 100 hours into The Witcher 3 again.