Pokémon Rumble Rush Is As Basic As Pocket Monster Battling Gets

The mobile game formerly known as Pokéland and now called Pokémon Rumble Rush is out today for Australian Google Play users. While the rest of the world waits for the latest mobile Pokémon game to come their way, we nipped off to Aussie Android land to give it a go. It’s pretty simple free-to-play fare.

In Pokémon Rumble Rush, players travel from island to island, gathering a small army of Pokémon as they go. The game begins by giving players control of a single Rattata. As the rodent moves automatically along a dirt lane, groups of Bulbasaur appear, barring his path. The player taps on the screen to hit the Bulbasaurs with Rattata’s special move, Quick Attack, dispatching them handily. At the end of the level, the Rattata faces off against a small horde of Bulbasaur surrounding a very large Charmander, who acts as the level boss. 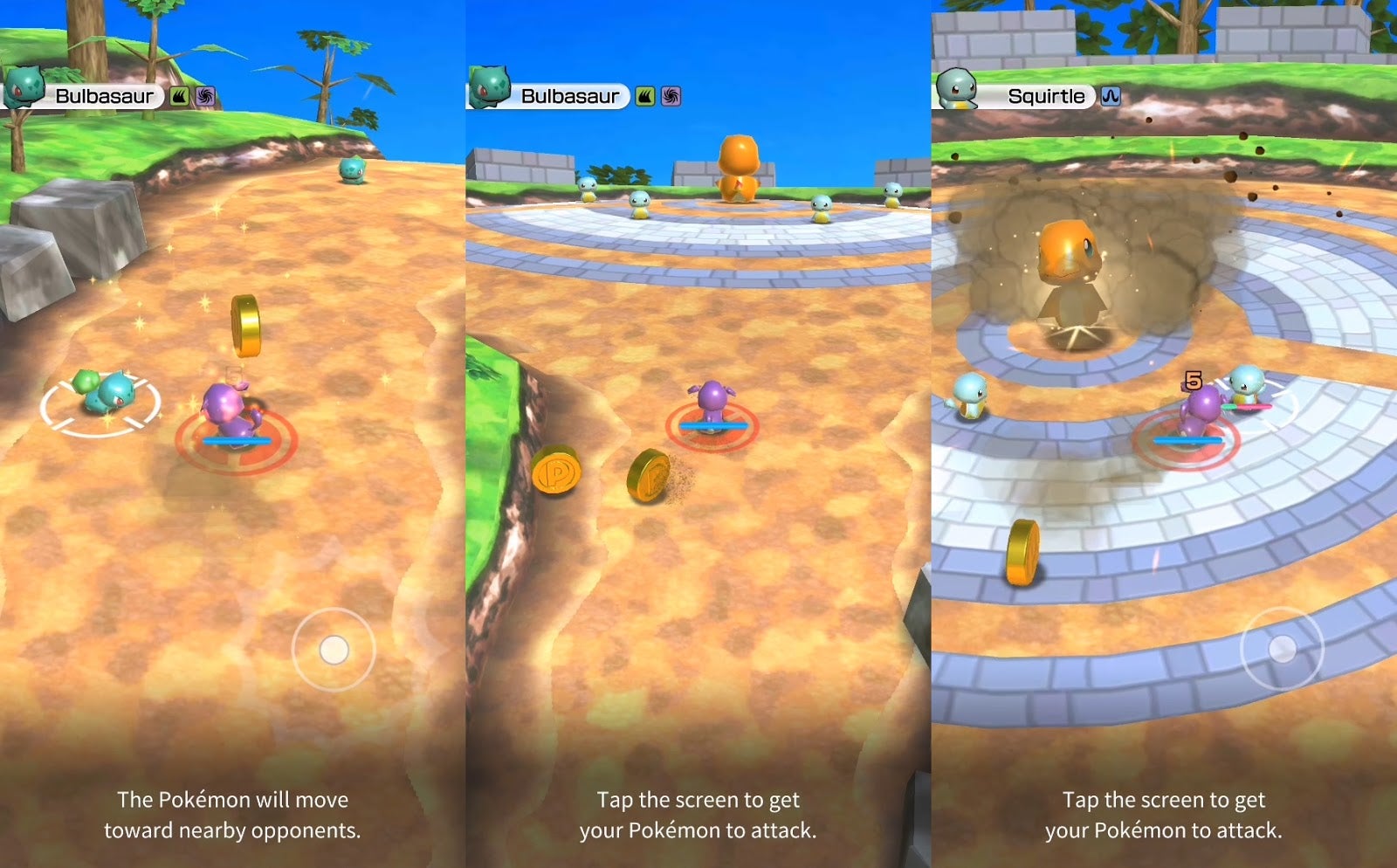 Once the level boss is defeated, the player is rewarded coins, some automatically captured Pokémon and, if they’re lucky, Ore. Ore is Pokémon Rumble Rush’s equivalent to timed treasure chests. These are bits of stone that, once refined, give the player upgrades to enhance their Pokémons’ stats or increase their combat power (CP). Players might always find a summon stone, a special item that can be equipped to a Pokémon; this item will periodically summon a pocket monster friend into battle. 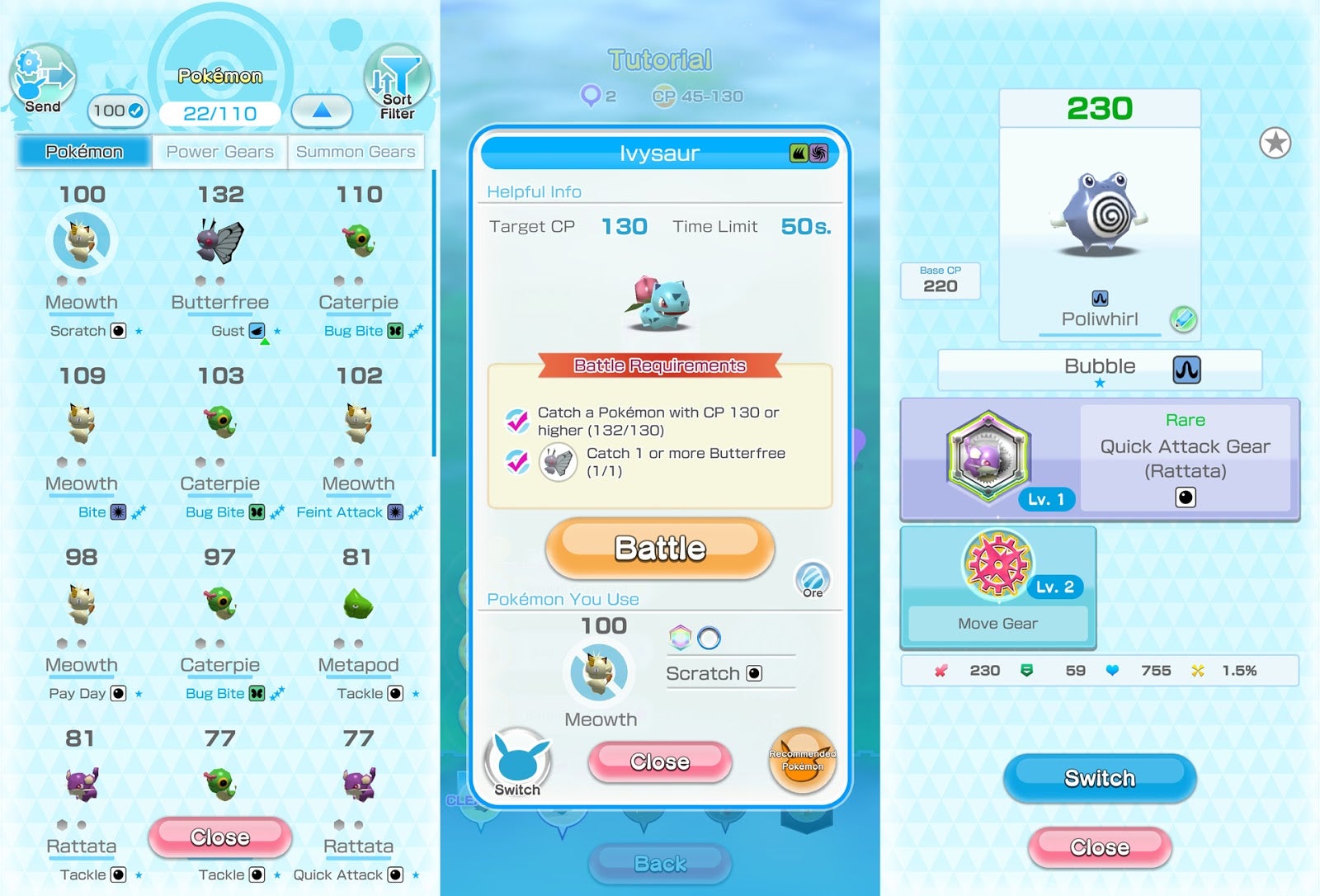 Each island in the game consists of a series of big boss Pokémon who must be taken down one after another. Each big boss has a series of requirements that players must meet in order to take them on. For example, players might need to have a certain Pokémon in their collection, or a Pokémon of a certain power level.

The basic gameplay flow goes like this. Players search islands (tapping on the map) for adventure stages, which are basic levels that involve tap battling a series of Pokémon before reaching the level boss. Once they meet the requirements for the current big boss battle by collecting or upgrading Pokémon, they engage in a short boss battle against what is essentially a level boss with more hit points. Then the next big boss appears with a new set of requirements, and the cycle begins anew.

I captured the first nine minutes or so of the game from my Android phone, to give you folks a general idea.

Pretty simple, right? According to the Google Play listing, a new selection of islands will appear every two weeks, with new Pokémon to battle and collect, which seems like a good reason to play on a regular basis. There are challenges to complete for in-game currency and boss battle tournaments to participate in for prizes. And there is currency to purchase with real cash money. Note that the prices in the screen below are in Australian dollars. 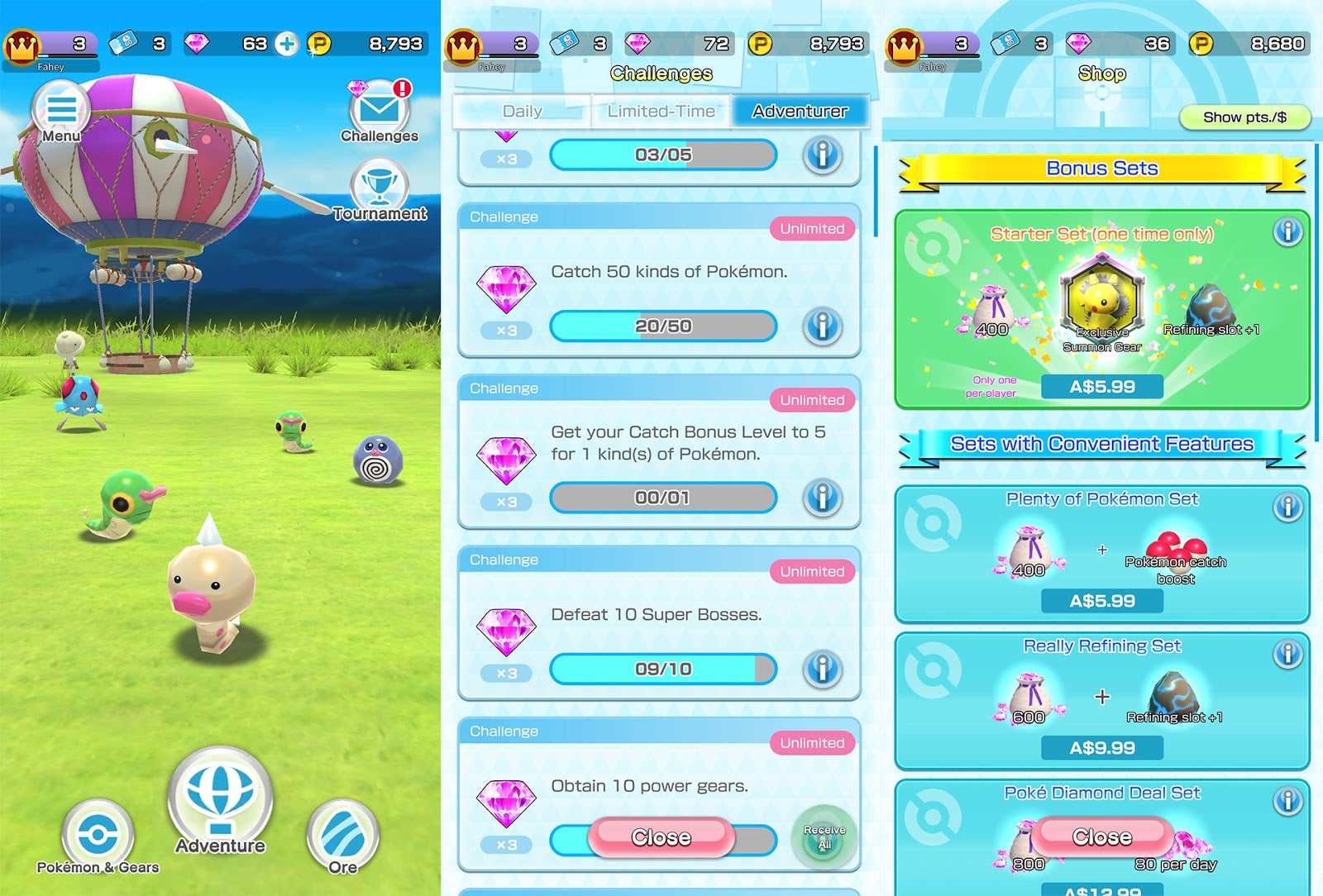 Pokémon Rumble Rush isn’t a super exciting game. It’s a simplified version of Pokémon Rumble, which wasn’t all that complicated to begin with. It is, however, a fresh new way to tap Pokémon on phones and tablets, and that almost never gets old. Almost.