Boy do I love Sniper Elite 4. Those beautiful, wide-open environments, spending a couple hours carefully navigating a map in order to make the most kills while alerting as few enemies as possible, enemy soldiers reacting more realistically than ever—it’s so good. But going back to play Sniper Elite V2—even a lovely, remastered version—is a letdown.

I played Rebellion’s Sniper Elite V2 when it came out for the PlayStation 3 in 2012, and I loved it. At the time, it was a hell of a lot of fun sneaking through World War II era Berlin, eliminating soldiers and scientists and indulging in the slow-motion x-ray sniper cam, which was novel at the time. I don’t normally enjoy stealth games, but the promise of a supremely satisfying and unapologetically gory payoff at the end of my silent scuttling made sneaking more attractive for me. Sniper Elite V2 is the game that made me fall in love with the series. Now I am playing the remastered version, out this week for Xbox One, PC, PlayStation 4 and Switch, and it has not aged well.

It’s just so dark and grey and dismal. Sure, it’s war-torn Berlin, so shit’s going to be grey and crumbling, but it just feels like we’ve been in the same place so many times. Even with enhanced textures and revamped lighting, the game still feels so … so early 2010 World War II video game.

The visuals would be fine if I hadn’t since experienced the bright desert environments of Sniper Elite III or the flower-dotted vinelands of Sniper Elite 4. Rebellion still hasn’t settled on a numbering convention even after four games in the series, but the franchise has improved vastly in almost every other area.

The early games had some problems that were fixed in later instalments. In V2’s case, those problems are still on full display in the remaster. For instance, the artificial intelligence of enemies in V2 is bad. There have been times, as I’ve been tinkering about in the remaster, when I’ve shot a man in the head while he is standing next to another man, and that other man does not notice. That other man is either really deep in his thoughts, or he really hates the first man and was hoping that I only wanted to kill him in particular. If the surviving soldier’s inner thoughts were in-game and not merely in my imagination, Sniper Elite V2 would be the best game ever. But they are not, and it is not.

To be fair, Sniper Elite III’s AI was not good. It wasn’t until 2017’s Sniper Elite 4 that Rebellion nailed it. Enemies not only knew when their friends were being murdered by a man with a high-powered rifle, the game also added leader non-player characters who would whip the enemy forces into a frenzy. Comparatively, the obliviousness of the dummies in Sniper Elite V2 is laughable.

I suppose that’s a reason to play the remastered version. Laughing is healthy. Or maybe Sniper Elite 4’s sprawling levels are just too damn big, and you need something smaller and easily digestible. Did you only play the third and fourth games, missing out on the epic first chapter (Sniper Elite V2 is a retelling of the original) in the saga of SOE sniper Karl Fairburne, whose name I totally didn’t have to look up just now? 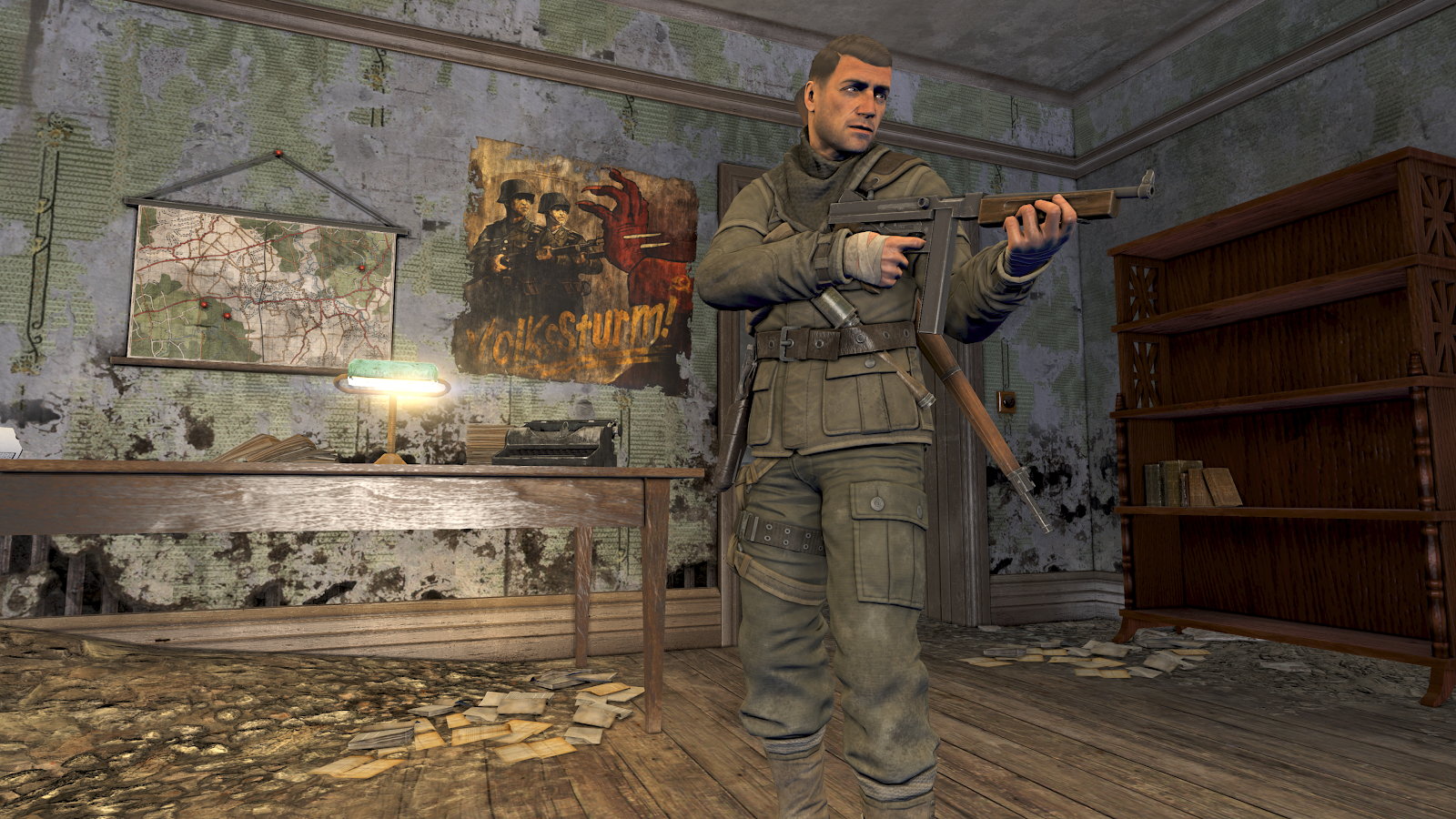 If you’ve never played Sniper Elite V2, the remaster is definitely the way to go. It does look a lot prettier than the original. There’s a new frame-by-frame photo mode that’s perfect for capturing those disgusting killshots. The Xbox One and PS4 even get a new mode that trades visual fidelity for blazing fast 60 frames-per-second sniping, which is pretty sweet. 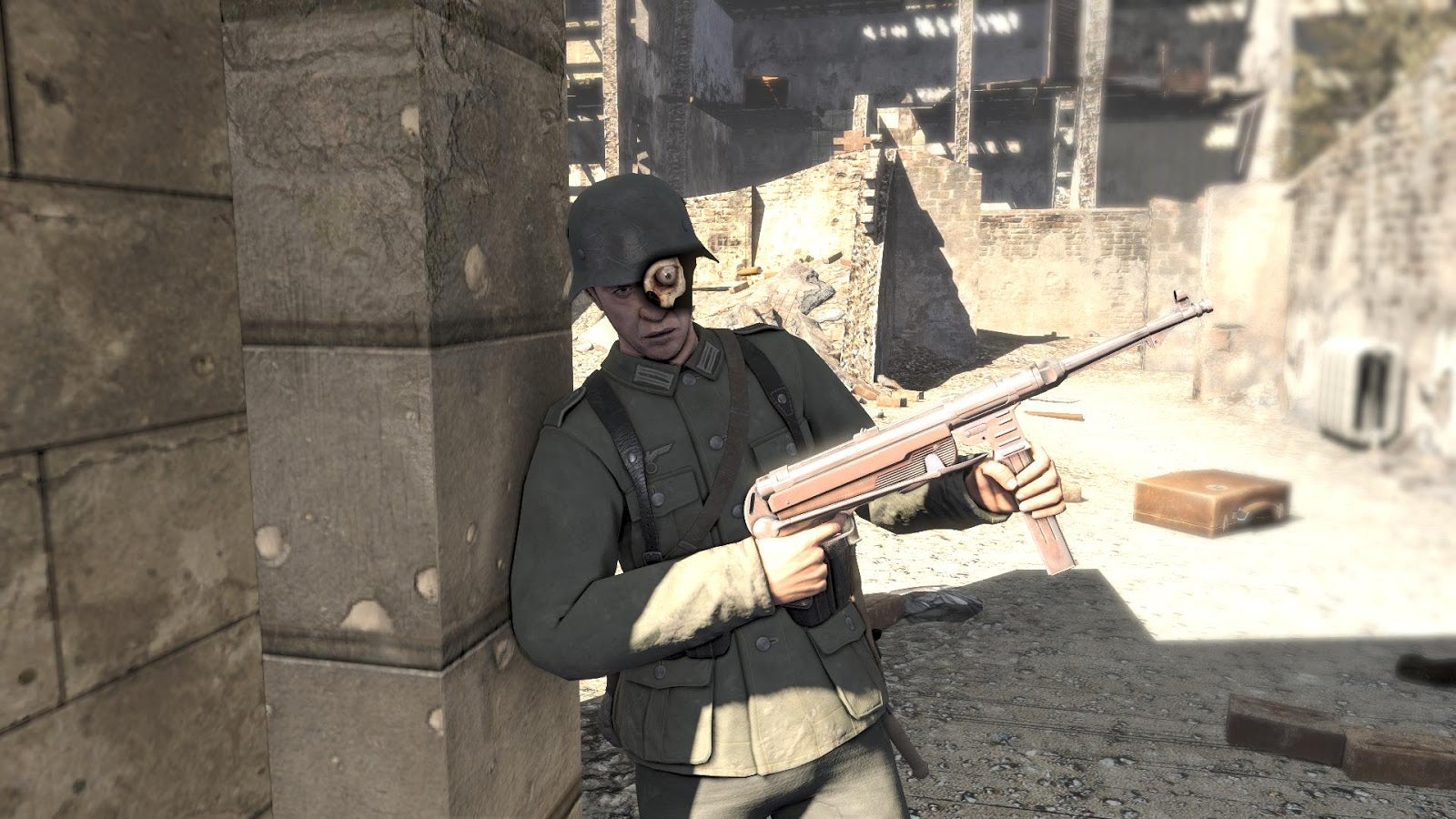 There are reasons to play Sniper Elite V2 Remastered. It’s just that nostalgia is not one of them.