Minecraft is celebrating its 10th anniversary since it was first released, back in 2009. To pay tribute to this milestone, Mojang teamed up with Blockworks to create a massive map covering the entire history of the popular game. And for those who dig deep, you might find a few secrets and Easter eggs.

When I first spawned into the map I was greeted with a nice little entrance and a minecart ride. However, this ride is actually a wonderful ride through the history of Minecraft’s major updates. It feels like a dark ride from a place like Disneyland and features on-screen text to help tell you when an update was released and what it was called.

Once I finished that minecart ride down memory lane, I found myself surrounded by immense structures. This is the real meat of the map. It is huge. Each area is dedicated to different parts of Minecraft.

For example, you can find a large museum showcasing every block currently in the game and each one has a small piece of text you read. These provide background and history about the block, while also teaching players tricks and tips on how to use them. 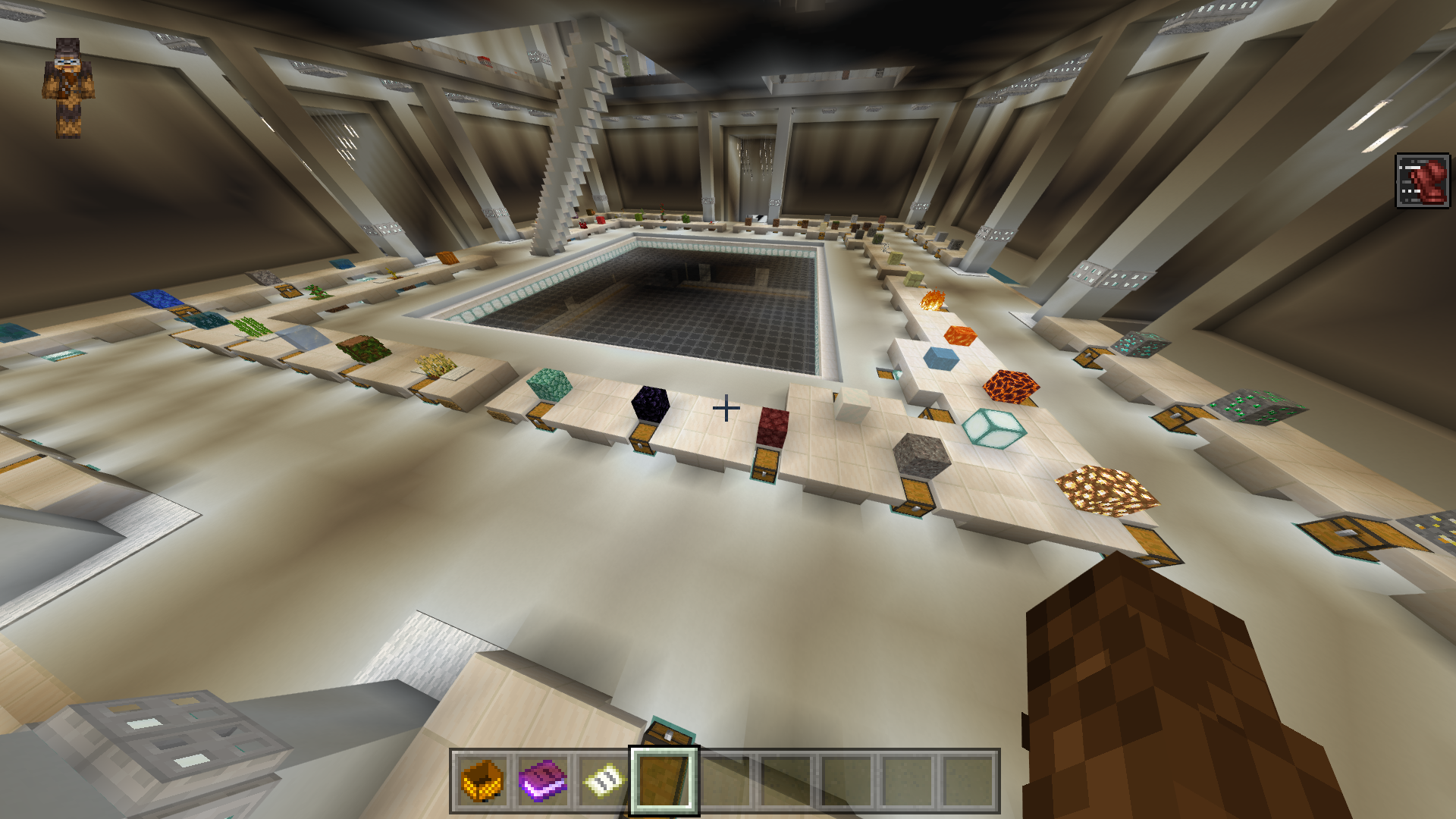 Another section of the map contains every enemy and animal in the game but made larger. A few of these creatures are fairly new and I didn’t know what they were. Luckily, like the block museum, each creature and enemy has text that players can read to learn more.

There’s even a section of the map dedicated to the educational spin-off version of Minecraft. Like Epcot at Disneyworld, I basically ran through this and barely looked. But neat that it’s there.

Dotted around the entire map are huge structures, biome-domes, temples, paintings, statues and more. You could easily spend over a few hours in this map and not see or find everything.

The map also contains some puzzles and secrets. A player reported on the Minecraft subreddit that they had even found a book referencing the creepy meme character, Herobrine. Mojang teased in a blog post announcing the map that it contains multiple Easter eggs. I haven’t found any, but other players are already digging into finding all the secrets this map contains.

If you are a huge fan of Minecraft you’ve probably already played this, but if you haven’t it’s worth checking out. Even if you only played a bit of the game a few years ago, this map is so well made and chock full of information, I think most players will get a kick out of exploring it.

The map is available for free right now on all Bedrock versions of the game, which includes Xbox One, Switch, PC and mobile devices. Some players on Switch are reporting performance issues in some of the more complex areas of the map, so just a heads up.