I’m playing Dota 2 again following the release of the game’s 2019 battle pass. There are new treasures to collect. Big tournaments are just around the corner. And I’ve spent another $10 (£7.68) on that battle pass. I can’t tell if this game is actually exciting again or if I just feel compelled to play because there’s a fresh batch of brass rings to grind for.

In my first match after coming back, I played as Zeus. He’s been a favourite hero of mine since the game’s beta, mostly because of how straightforward and instantly gratifying he can be. Zeus is a nuker, which is the genre’s parlance for someone with a few attacks that deal lots of damage. His ultimate, God’s Wrath, doesn’t even require you to be near your opponents; it automatically hits everyone on the map, no matter where they are, dealing a hefty amount of damage in the process.

Whether you’re a newcomer to the game, an experienced veteran, or somewhere in between (like I am), killing some unsuspecting player with a move like God’s Wrath is incredibly satisfying. I keep coming back to Dota 2 because it’s a deep and complex competitive multiplayer game, but these simple pleasures are what really make it fun.

This year, it’s less clear to me how the battle pass factors into that. I still want to collect all the goodies, and I don’t mind throwing some extra cash Valve’s way after spending over 1,000 hours with its game, but the grind has become more of a time suck than ever. Also, some of the new ways that statistical analysis have begun creeping into the game have made it feel like a chore.

The battle pass was once little more than a glorified guide to Dota 2’s annual world championship tournament, The International. In recent years, the battle pass has become much, much more. It allows players to bet special in-game currency on their matches, which can then be spent on increasing their battle pass level. It also opens up entire new modes. The pass itself can be levelled up, and as players hit certain tiers on the path to ranking up their battle pass, they can unlock things like new special sound effects, map skins, and character cosmetics. It’s sort of like a giant, communal scavenger hunt, and some of the proceeds from that go to help fund the prize pool for the tournament while the rest flow into Valve’s coffers.

This year’s version has included some strange and unwelcome choices. You used to be able to earn extra levels by trading in Immortal Treasures, the loot boxes that gift you anywhere from one to several unique and intricate skins. Now you can only recycle the contents inside of the Immortal Treasures to get new unopened ones. And even to do that, you need to collect four or more. It’s always been hard to level up the battle pass beyond 100 just by playing, but now it’s that much harder. 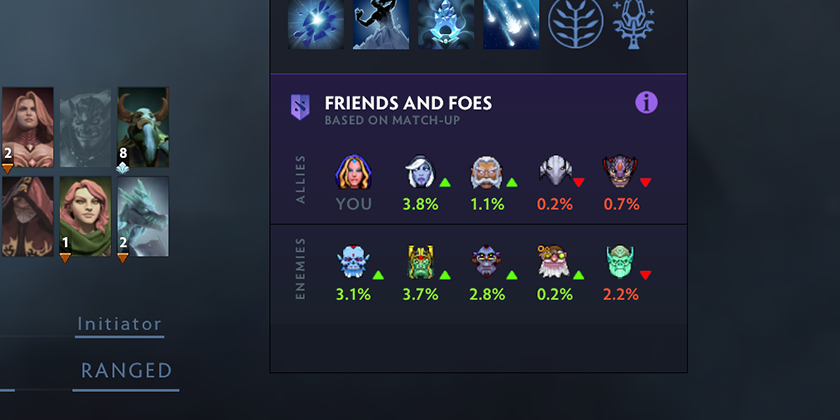 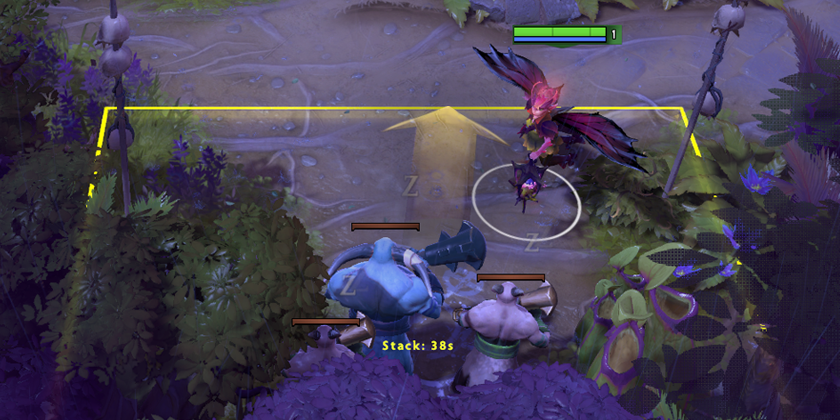 But a lot of the best rewards require you to do just that. Custom lane creeps that change the game’s main computer-controlled enemies into lizards require reaching level 182 in the battle pass. Axe Unleashed, a special skin completely changes the look of one of the game’s most iconic characters (and one of my personal favourites), requires reaching level 425. A custom visual overhaul of the game’s map that makes it into a series of ancient, jungle-engulfed ruins, requires reaching level 160. I could pay for additional levels at $10 (£7.68) per 25, but that feels like it would defeat the purpose of earning cool new Dota 2 stuff by doing cool stuff within the game.

Then there are the ways that the battle pass is optimising play in conjunction with the Dota Plus AI coaching service. The tool now shows you win rates in-game depending on which hero you pick at the start of the match and also depending on who else has already been chosen. A special meter in the top left corner lets you know exactly how much of the damage you’re taking is physical as opposed to magical, which can guide you in your decisions about gear to purchase during a match. There’s even a timer now to help automate the stacking of creep camps, one of Dota 2’s more esoteric skills that can help teams gain material advantages over one another by farming the enemies on their side of the map in the most effective way possible. All of that is very helpful. But it’s not available to anybody who didn’t bother to buy the battle pass, creating an uneven playing field that encourages everyone else to join the arms race.

Even if I chose to opt out of these tools, they’re now embedded in the rest of the Dota 2 landscape. It’s not quite a pay-to-win situation, and not quite pay-to-grind either, but for all of the delightful things attached to this year’s battle pass, so few of them feel geared toward helping refresh my relationship to a game whose fundamentals I already love.