Call of Duty: Black Ops 4’s latest event “Spectre Rising” brings back the series’ most mysterious Specialist, and the community seems torn over the character’s identity.

Originally introduced in Black Ops 3, Spectre was a fun Specialist to use for a fast-paced, stealthy playstyle. They could become nearly invisible for a brief period with the use of the Active Camo ability, allowing for some pretty wild melee killstreaks with their Ripper blade Specialist weapon. In Black Ops 4, players can use Spectre’s abilities in standard multiplayer and the limited-time “Bounty Hunter” Blackout mode.

Spectre’s identity was always concealed by a helmet, and any speech was masked by an inhuman voice, presumably by means of a voice modulator. Everything involving the character has been cryptic. Their bio in Black Ops 3 lists their name and gender as “unknown.” Given the futuristic nature of Black Ops 3’s storyline, which covers the blurred lines between humanity and robotics, one could speculate that there’s not even a human body beneath Spectre’s armor. Perhaps there’s only metal and wires beneath the suit, soldered together by someone trying to create the perfect ninja soldier. That was one of my theories until the Spectre arrived in Black Ops 4. 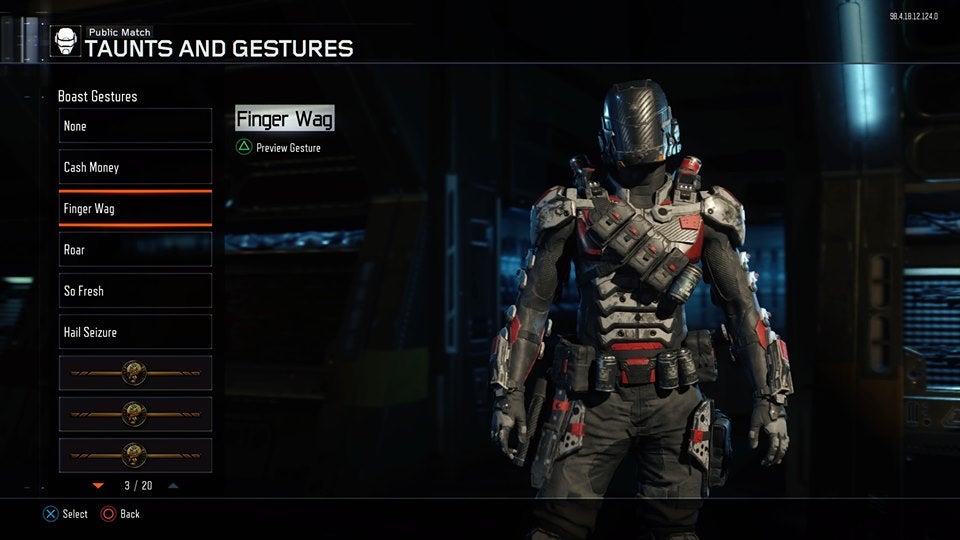 Black Ops 4 launched without a campaign, but Treyarch gave us the Specialist HQ to serve as a tutorial for each Specialist and game mode. This was a great way to learn how to make the best use of the Specialists’ weapons and equipment. Completing these tutorial challenges also unlocked audio files and gorgeous cinematics that offered bits of story. I also believe Treyarch uses these cutscenes to tease the identity of Spectre.

We learn through audio files that Savannah Mason was somehow working with Raul Menendez, who served as the main antagonist for Black Ops 2. We get the picture of Savannah Mason being some power-hungry trillionaire, who cryptically enlists all of the Specialists to help her “change the world,” while Jessica seeks to oppose her.

Another cutscene goes back to reveal the night Jessica was fatally wounded while on a mission with Ruin and Battery. The timeline is unclear with the clips, but this could be pre-Specialist recruitment or it could be that Jessica worked alongside Savannah before breaking ties. The mission appears to have been a setup, and Jessica is shown shot in the face and bleeding out.

Spoiler: the final Specialist cutscene shows Jessica alive in a safe house and reunited with her daughter, Lucy. She also provides intel to the Specialists to show her sister has been the villain all along. Savannah not only tried to kill Jessica, but she then tries to hunt down all the Specialists for defecting from her cause.

The important pieces Treyarch shows us here are Jessica’s metal jaw, scarred face, and her speaking with a voice modulator. She sounds very much like Spectre, and now to unlock Spectre’s character skin for Blackout, you must find their Voice Modulator quest item and complete the quest mission. I don’t believe any of this is a coincidence.

I’m not the only one with this theory, but some fans are sceptical. Their doubt focuses on Spectre’s body type. Some are convinced that battle-damaged Jessica Mason-Green can’t be underneath the mask because Spectre has a masculine body type. Spectre’s body armour had a slimmer design in Black Ops 3, but the character’s redesign in Black Ops 4’s is much clunkier. I can see how the armoured appearance would make people sceptical. However, Battery is also a heavily armoured female Specialist, and if you could put Spectre’s helmet on her, you’d likely think she had a masculine body type too. You don’t see a curvy waistline or boobs here, only clunky armour. 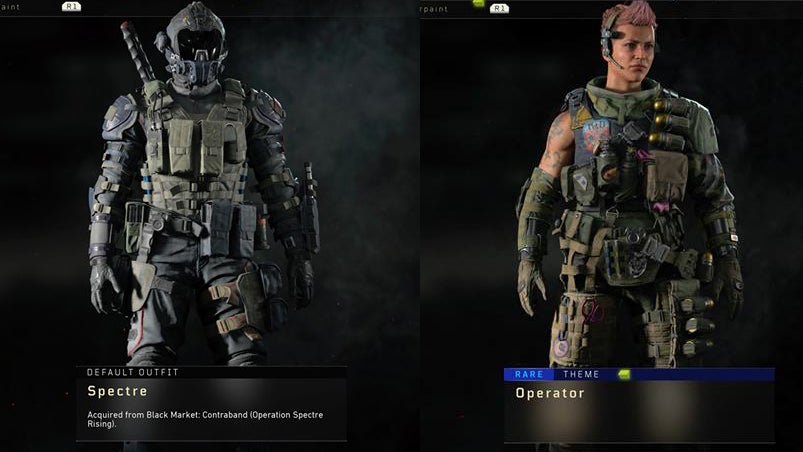 I re-read the Black Ops 4 comics in hopes to uncover information about Spectre, since they tell stories about the series’ Specialists. Spectre is the only launch Specialist from the Black Ops series who is not included in the comics. Many of these one-shot issues weave a story with the Specialists of Black Ops 3 and Black Ops 4, but the timelines shown for each character are varied and not a lot of dates given. Firebreak has a haunting origin story that would be a prequel to the games, while Seraph’s story shows her accompanying Savannah Mason to a meeting held in the house that exists as a part of Black Ops 3’s Stronghold map. It is possible that each Specialist comic exists in a time either before the character met Jessica Mason-Green or after her sister’s failed attempt to kill her, thus forcing her into hiding.

Narratively, it’s plausible that Jessica is the Spectre. If I had a psycho sister with an unlimited bank account trying to kill me, I’d want my identity to remain shrouded in the same mystery as Spectre’s. And whether you still want to believe Spectre is actually just some rando dude or something or someone else entirely, it raises the question of why the game’s developers would go to the effort to give us clips of Jessica with her voice modulator at all. It sure seems like a clue.

Black Ops 4 may be the first Call of Duty to axe the story campaign portion, but I really enjoy the narrative Treyarch has created for these characters. I only wish the added Specialists: Zero, Outrider, and Spectre would have been added to the Specialist HQ with their own tutorials and new cutscenes.