In the wake of allegations that Magic: The Gathering pro player Owen Turtenwald behaved inappropriately to female friends and fans, it appears he has been removed from publisher Wizards of the Coast’s budding esports league. Replacing him is Autumn Burchett, a talented nonbinary player who won February’s Mythic Championship.

Late last month before the new Magic Pro League’s first $1 million (£775,000) tournament in the US city of Boston, which WoTC described as the “biggest Magic: The Gathering event of all time,” WoTC mysteriously announced they’d removed Turtenwald from the game with a brief tweet. WoTC offered no explanation, but in interviews with Kotaku, women who knew him had some inkling of why he would be removed. Three people told Kotaku that for years, Turtenwald exhibited predatory and unwanted sexual behaviour toward female Magic players. The people we spoke to corroborated these claims with screenshots. One month later, WoTC still has not clarified why Turtenwald was removed from the tournament. 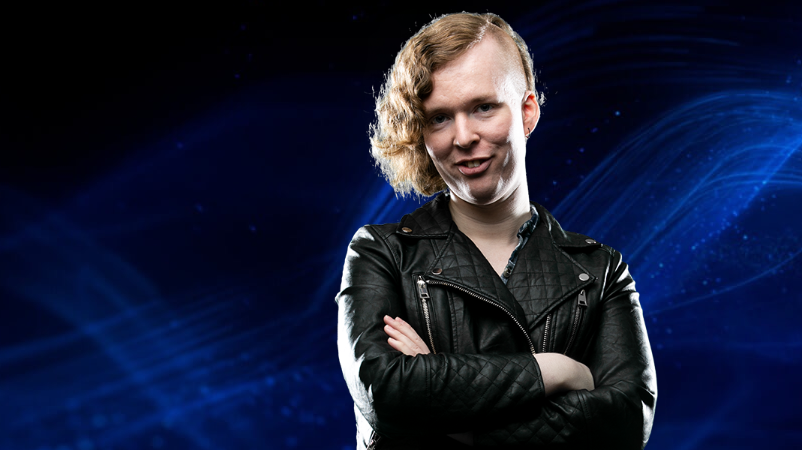 Autumn’s headshot on their new MPL page (Image: Wizards of the Coast)

Today, Magic Esports’ Twitter account announced that streamer and top player Autumn Burchett will be joining the Pro League for its 2019 season. Turtenwald yesterday deleted the contents of his Twitter account and all references to the Pro League. He has also been removed from the MTGesports website’s roster of players. Turtenwald, Burchett, and WoTC did not respond to Kotaku’s request for comment by press time.

Burchett is a medium-scale streamer and co-host of a Magic podcast. They became widely known after February’s Mythic Championship, where they awed spectators with their ability to build, wield, and win with a hugely risky and notoriously difficult-to-play deck. After Burchett defeated their opponent in the finals, fans’ hearts melted as their friends rushed the stage to tackle-hug them.

WoTC is working hard to transform the image of their blockbuster card game’s fandom from “boys’ club” to “come as you are,” Kotaku reported last month. Mary Louke, one of the Magic players alleging that Turtenwald acted inappropriately toward her, says that while she is happy he was removed, she’s confused about why WoTC still has not made a statement on the incident. “Generally I’m frustrated with WoTC and how they’ve handled it,” she said in a Twitter DM.

Burchett is the first person in the league who isn’t a cis man. Pro players reportedly receive $75,000 (£58,155) in contracts a year. Citing the success of other top players who aren’t cisgender, straight white men, Burchett explained after their February victory, “It made things feel safer and better for everyone. If this even has a tenth of the impact that both of those occurrences had on me, I lose my words thinking about it.”

Featured image: Wizards of the Coast