The Elder Scrolls Is At Its Best When It's Super-Weird

This weekend, I started playing The Elder Scrolls: Blades on my iPhone. While I do enjoy dungeon crawling, I also felt disappointed. The Elder Scrolls is a rich setting packed with some of the more evocative cosmology I’ve ever encountered. But there I was, fighting standard goblins as if it were any other fantasy game.

The Elder Scrolls universe has some of the most bizarre lore of any fantasy setting. From time-travelling robot men with crystal hearts to a reality-shattering event that makes all six of Daggerfall’s endings canonical, there’s some amazing stuff. But a casual onlooker would be forgiven for thinking it’s a generic fantasy setting. As players prepare for The Elder Scrolls VI, currently in development for unspecified platforms, one thing is certain: Its plot could, and really should, get far stranger than dragons and wizards.

As I played Blades, I couldn’t help thinking of Oblivion and Skyrim. I knew this was a setting with gender-fluid trickster gods a literal giant robots, a place where it was possible to become a god by literally acting like that god so much that reality retroactively decides you were always that being. But when I’m hacking down basic Spriggans in Blades, none of this is really at the forefront. It should be.

Much of this has to do with how The Elder Scrolls compartmentalises its various pieces of lore. Lore is a nebulous thing within the series, with degrees of validity. There’s the stuff that happens in the games, the stuff that current and former writers create on forums, and then there’s fan writing, which is considered apocryphal but which many diehards choose to accept as at least loosely canonical. This means that the most interesting pieces of Elder Scrolls lore, the parts that round out the world, are hidden.

Take the Thalmor, Skyrim’s evil Elven theocracy. In the game, they’re mostly a cabal of evil wizards. They want to destroy the Empire, which is populated by Men, and that’s about it. It’s only after digging into the forum posts of former writer Michael Kirkbride that we get a sense of what their motives apparently are: to remove the idea of Mankind from “from the Pattern of Possibility, so that the very idea of them can be forgotten and thereby never again repeated.”

To do that, they ban the worship of Talos, the newest god in the Elder Scrolls pantheon, in the hopes that the lack of prayer will kill him, topple reality, and erase the concept of Mankind. That’s hardcore villainy, but because Skyrim doesn’t really get into any of that we’re left with evil elf wizards of dubious motivation.

When strange lore is put into the Elder Scrolls games themselves, it is often flattened out into something more generic. Consider Pelinal Whitestrake, the knight at the core of Oblivion’s Knights of the Nine expansion. If you read the in-game book series The Song of Pelinal, he sounds amazing. His left hand carries a blade of literal light and his chest is empty save for a red jewel—the Amulet of Kings at the heart of the main story’s plot. He’s been spotted in countless ages and might literally be a machine man from the future. But when his spirit shows up in Knights of the Nine, he’s just… some dude in armour. 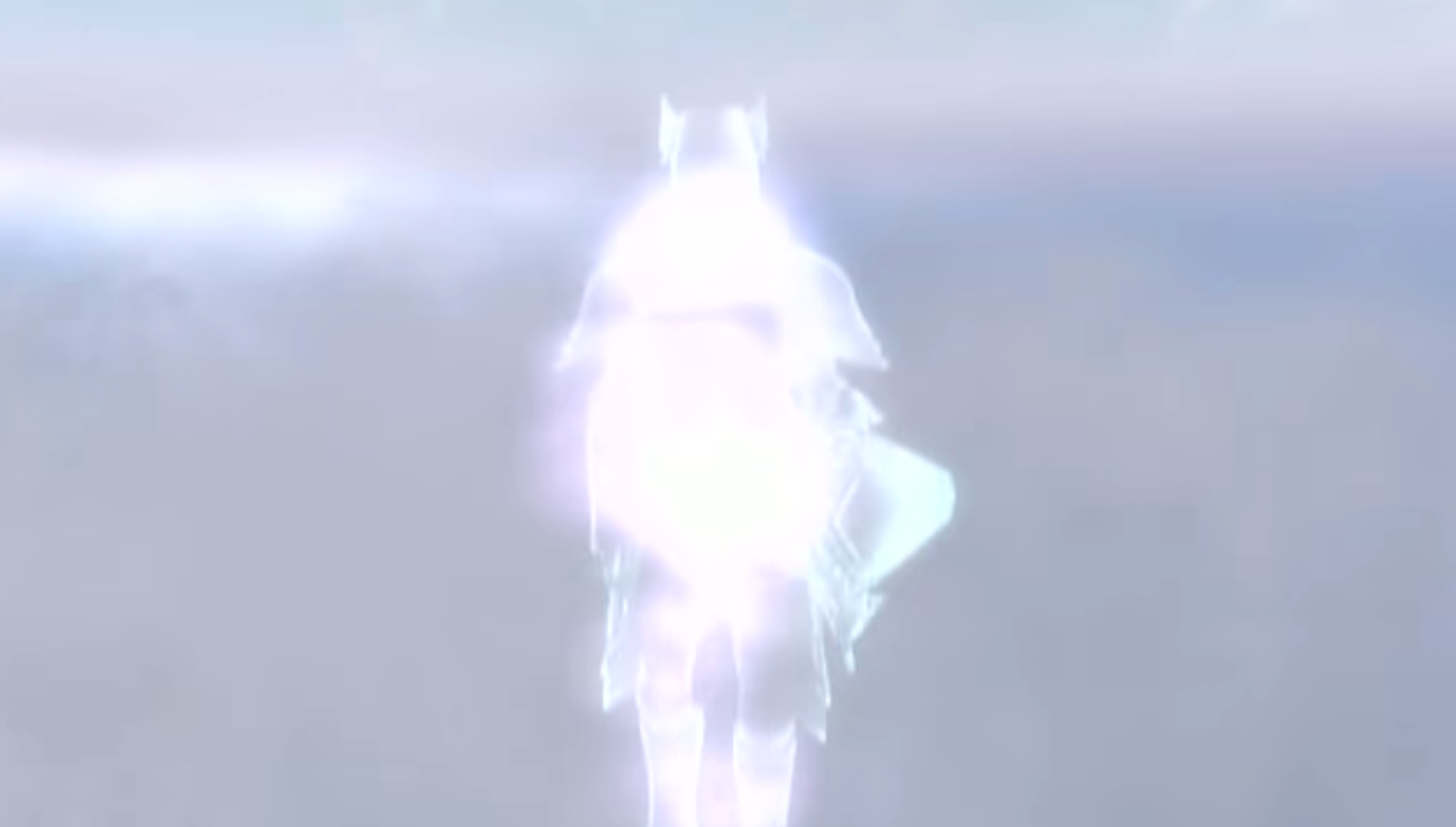 Pelinal shows up in Oblivion as a sort of hazy, knight ghost and it could have been so much stranger!

The Elder Scrolls’ strangeness was more explicit in earlier games. The plot of Daggerfall revolved around political factions trying to activate a giant robot called Numidium. In order to make the various contradictory endings of that game mesh, a scenario called the “Dragon Break” was created. Basically, turning on Numidium warped time so much that all the endings happened, including the contradictory ones.

Morrowind concerns itself deeply with a trio of gods and the general they betrayed. It used ambiguity to make it possible for players to decide if they were the reincarnation of that general, someone who embodied their virtues so much they actually became them, or simply some Imperial stooge taking advantage of local superstitions. It explored ideas of reincarnation, faith, and colonialism. It also used The Elder Scrolls’ inherent weirdness to tell that story in a world where ageless mages lived in hollowed-out mushrooms and the villain was using the heart of a dead god to power his own knock-off version of Numidium.

We don’t know much about The Elder Scrolls VI at the moment, other than the fact that one of the NPCs will be modelled after “Skyrim Grandma” Shirley Curry. Anything could happen, but the best possible thing would be for the series to reclaim some of its more evocative and strange qualities. Dragons and dungeons are nice, but I wouldn’t say no to a few more giant robots and reality warping calamities.