Fortnite To Add 'Reboot Vans,' Which Are Pretty Much Apex Legends' Respawn Beacons, Except Vans

Epic finally confirmed that reboot vans are coming to Fortnite next week, putting an end to players’ speculation. Reboot vans are a new feature, but they’ll seem familiar if you’ve played Apex Legends.

Here’s how they work: Dead squadmates will drop “reboot cards” that any surviving squad member can take to reboot vans, which will be placed in certain locations on the map, to spawn their teammates back into the game. The vans will have a cooldown period, and other players will be able to see that a van is in use and how many players are being respawned at it.

If you’ve played Apex Legends, you might recognise this system. Apex Legends has respawn beacons, which let any teammate respawn downed teammates by bringing a player’s “banner” card to it. Fortnite’s reboot cards seem awfully similar to banners. From footage in the developer video, it looks like reboot cards even have a timer on them, similar to Apex.

The similarities might even go deeper: The developer video advises players to “toss some items to your rebooted teammates to get them back into the battle,” which suggests players drop all of their items on death. In Fortnite modes with respawn, players often keep their items and instead lose some materials when they die. Losing all your items on death is a mechanic that plays a big role in Apex. 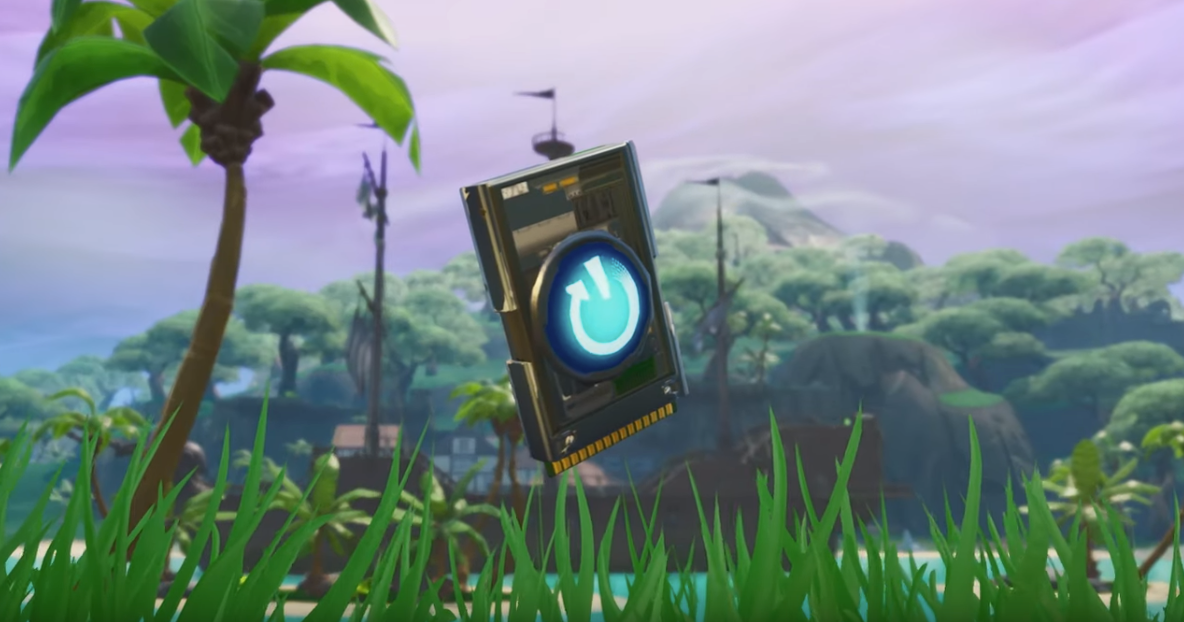 Unlike Apex’s respawn beacons, it seems like Fortnite’s reboot vans can be used more than once. Apex also doesn’t alert players to how many teammates are being respawned, and there’s no major indicator that a respawn beacon is in use besides seeing a dropship carrying a respawned player. Knowing where, say, three unarmed players are about to be respawned could be fun information to have in Fortnite if you’re looking to add to your kill count.

This isn’t the first time Fortnite has adopted some of Apex’s best features. Season 8 introduced a ping system that lets players communicate without voice chat, which is a popular system in Apex Legends. While it would be easy to be crass and suggest Fortnite is feeling the pressure of Apex stealing its thunder (and its player base), ping is, frankly, a good idea for a battle royale that makes it a little easier to communicate with your team.

Apex’s respawn system is similarly positive, since it gives players a reason to work together and stay in a match. Having a full squad is more important in Apex, given its team-reliant nature, than in Fortnite, but reboot vans might add a little more team cohesion to the game and give downed players a second chance. We’ll see what the effect is next week.