The art book Kickstarter for Swordsfall, a tabletop roleplaying game set in an Afro-futurist African nation, raised over $64,000 (£48,967) in about 24 hours and cleared its $2,000 (£1,530) goal with ease. Creator Brandon Dixon told Kotaku that he’s not all that surprised by the success of this campaign. He knew that he had something unique, that fills a hole in the tabletop RPG landscape for black players.

Swordsfall takes place in the world of Tikor, which is inspired by pre-colonial Africa and also imagines an independent African nation with futuristic technology. This Kickstarter was just for the art book, which includes lore about Tikor, though it promises an upcoming tabletop RPG and has a publicly available world bible for the curious. 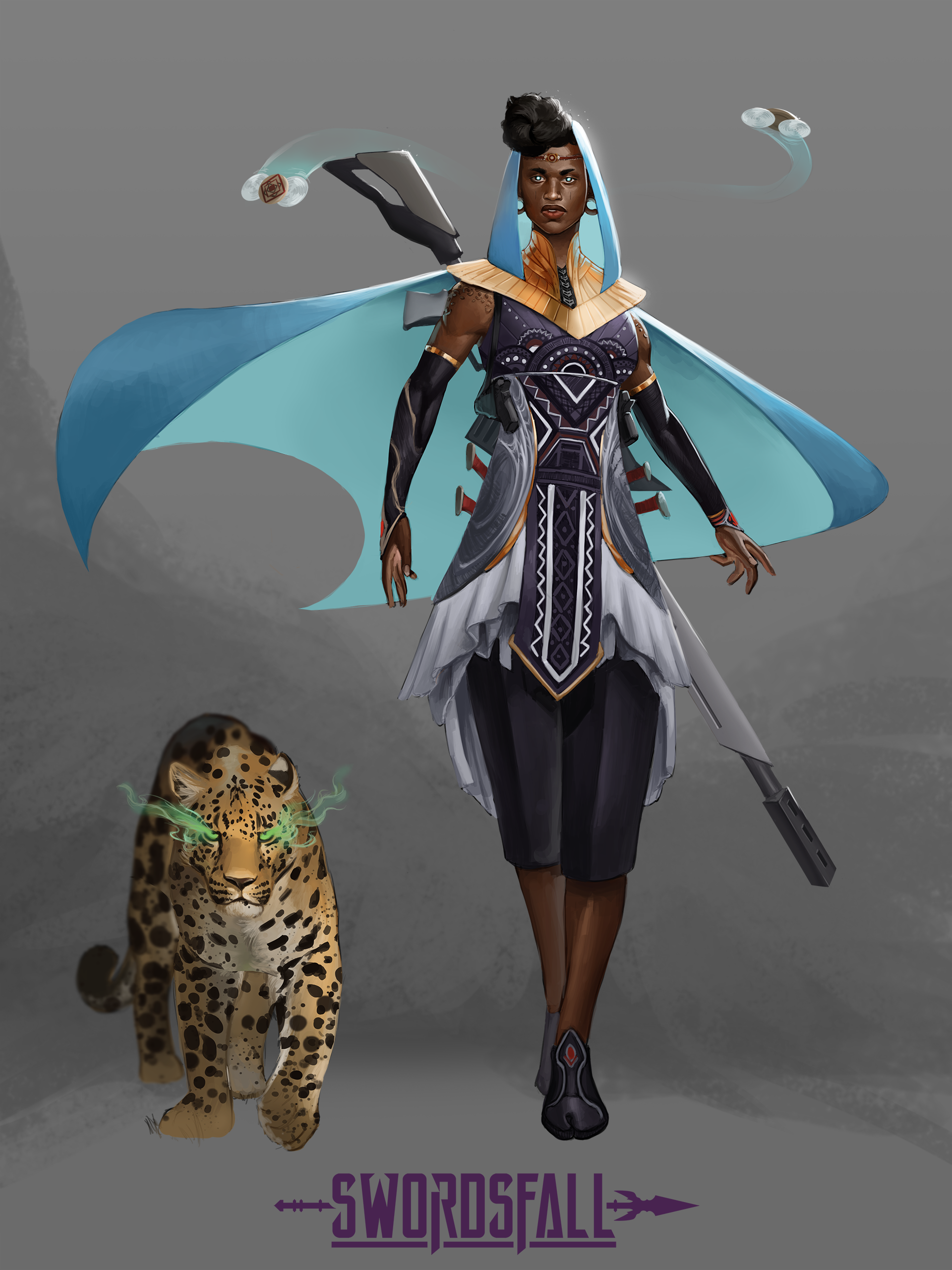 “I’m definitely one of the creators that were inspired by the Marvel Black Panther movie,” Dixon told Kotaku over email. “I really felt the impact of being able to watch a movie that was truly made from the bottom up by people who looked like me. People who have gone through similar struggles or had similar upbringings. It was moving, deeply moving. I sobbed at the end from just the feeling of it all.”

Dixon is a 34-year-old living in Portland, Oregon in the US, and he said that it feels like he’s been playing tabletop games all his life since a friend of his introduced him to Vampire: The Masquerade in high school.

“I must have read the corebook half a dozen times and almost every expansion book they released. There was just something about that deep and sprawling plot that just called out to me,” he said. “It’s one of the spiritual inspirations behind Swordsfall in a way. I want to grab readers in the same way and never let them go.”

The world of Swordsfall is engrossing. Its vision of Africa is one dipped in chrome and decorated with precious stones. Even just looking at the illustrations from the upcoming art book, you get the sense that every inch of this world—its customs, garments, and social mores—was thoughtfully designed. Browsing through its world bible, it’s easy to get lost in not just the description of the continent, surrounded by unruly seas and and flush with forests, but also the professions of the playable characters that live there. Some bind their spells to physical objects; others use mystic forges to craft powerful weapons. Shadowtails are the secretive kingsguard that harness the darkness to serve their ruler, while Celestial Shields are scholar knight who use their defensive skills to protect their loved ones. It isn’t just warriors in Tikor, though. Its countries are home to The Grimm, salt-of-the-earth farmers who hold their traditions close, and The Karu, architects and artists who use their craft to commune with the things that give them life. 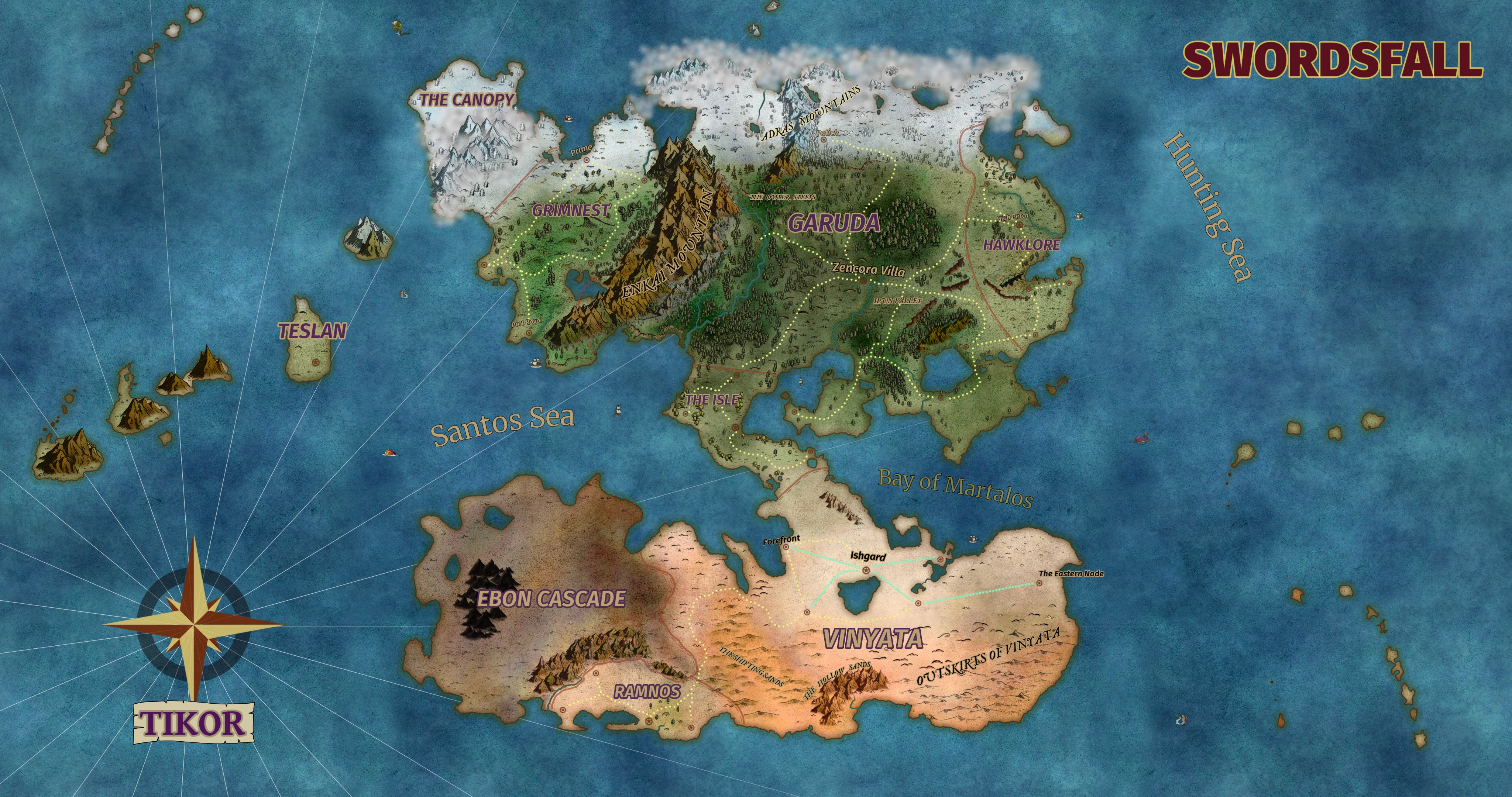 “Because I created a wholly original world, it frees me from any genre trappings that I might have. The planet of Tikor has become my backdrop for my ideas. I get to do research on all the fascinating things I never knew about Pre-Colonial Africa, and then bake that into my world. It’s liberating in a weird, cathartic way,” Dixon said.

“One of the first things I read about was how in many cultures King was just a term. It didn’t specifically mean a male ruler. It was just the name of whoever was in charge. And because you had cultures where women in power wasn’t an issue, you had Kings that were women,” Dixon said. “When you dig far enough back you start to see that some of our problems are truly modern problems.”

The success of Swordsfall’s art book Kickstarter, which still has five days left in its campaign, is evidence of how badly some players wanted a world like Tikor to play in. Dixon said that although the fifth edition of Dungeons and Dragons opened things up for players of all stripes, there are still things that can make nonwhite tabletop RPG players trepidatious about venturing into the scene. 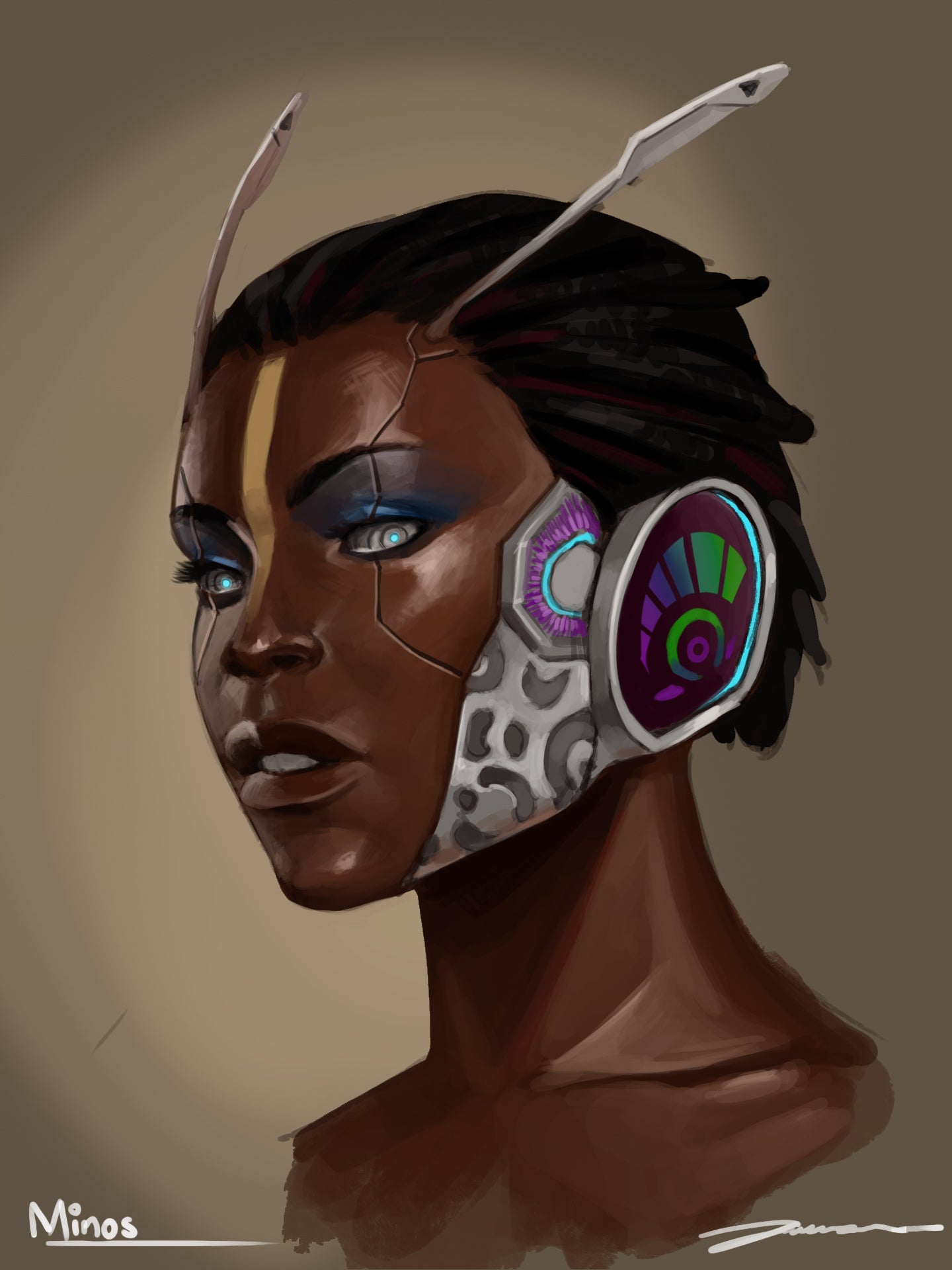 “I feel like the biggest thing missing from the genre right now is real, and true representation. All too often what happens is that a game adds in one or two PoC to fulfil some ‘requirement.’ The characters end up feeling stale, or worse, stereotypical. It’s not a problem that can be fixed by just plugging in a character here or there, it’s a structural problem that has to be addressed at large,” he said.

Dixon cited characters of colour that seemed to be black as an afterthought, only to die before they have any time for character development, but he also said that settings in tabletop games where white people aren’t the majority tend to miss the mark when it comes to representing the breadth of a culture. Dixon thinks nonwhite tabletop players are yearning for respect—for their culture, their lives, and their cultural history.

“It doesn’t take much for the developer to step back and wonder if the PoC character they made is really respectful or not. Will it survive the test of time, or did you just cash in for a quick joke?” Dixon said. “It’s a weird need and expectation that you only get from being a PoC or minority. How you feel about something is rarely something that seems to be taken into account. So every new experience seems like a trap. Will this creator get it? Or will a fun experience be spoiled by one blatant mistake that can’t be unseen?”

For Dixon, Swordsfall and the world of Tikor are expressions of the respect that nonwhite tabletop players have been desperate for. It’s also, he hopes, a genuinely engaging setting for any tabletop player to use and explore, and he hopes that it can encourage some empathy, to boot.

“My hope is that they find themselves lost in wonder. I want to open people’s eyes up to a different way of doing things. That you can have a world that’s inclusive and not feel weird or preachy,” he said. “When a world is built from the ground up with different ideals, it really does change everything.”