Tips For Playing Devil May Cry 5

Devil May Cry 5 is out now and is a heckin’ good time. Learning how to be the best devil hunter can be tricky, though, so I’ve put together a breakdown that will help you get started.

Keep in mind that this guide mostly outlines mechanics, and is meant to help newbies and experts alike get started. Part of the fun of Devil May Cry is figuring out your skills and what works for you. These tips should help you understand how characters work and set you up for some general badassery.

There’s two difficulties to start with: Human and Devil Hunter. Devil Hunter is the default, so you might as well start there if your goal is to get better faster. If you need to adjust down, do it as challenges arise. Enemies on Human do less damage and are easier to kill. And don’t worry about feeling like a punk if you adjust. Devil May Cry 5’s director Hideaki Itsuno says it’s okay.

There’s an “auto” option that makes it easier to do certain combos. This might seem nice, but it takes a lot of the moment-to-moment tactics out of combat encounters by chaining certain abilities automatically into others. Devil May Cry 5 is a bit like a fighting game; you want to learn combos, abilities, and spacing. Auto-Assist removes a lot of that depth, so I’d advise against it.

Play Once For Story, Again For Style

Devil May Cry 5’s combat is intuitive enough that you’ll pull off some really sexy action, especially as the game progresses. But obsessing over rank on your first playthrough is a mistake. Sit back and enjoy the wild cutscenes and campy drama, then go back to focus on getting the best ranks.

Red orbs are Devil May Cry 5’s upgrade currency and you can actually purchase them for real-world money. Don’t bother. The game is incredibly generous with orbs and allows you to keep the ones you’ve gathered already, even if you die and go back to a checkpoint. Keep playing and pushing forward; you’ll have more than enough to buy items and unlock abilities.

Devil May Cry 5’s levels aren’t large but they often have side rooms where you can collect extra orbs, spare Devil Breakers for Nero to use, and even find hidden missions. Look around and you’re bound to find something good.

There are a lot of skills to purchase in Devil May Cry 5. but I suggest grabbing combo abilities first. These are basic variations to your hacking and slashing that can help keep your style score from falling.

As you fight, you receive a ranking ranging from D to SSS. Devil May Cry favours variety over anything else when it comes to increasing your score. Alter what techniques you use, remember to fire your gun, and try not to fall back into the same patterns. The less predictable you are, the better your score will be.

I forget to do this all the time! If you press the view button on Xbox or the touchpad on PlayStation 4, your character will do a taunt. Taunting increases your style score, so it’s worth doing if you have downtime in combat. 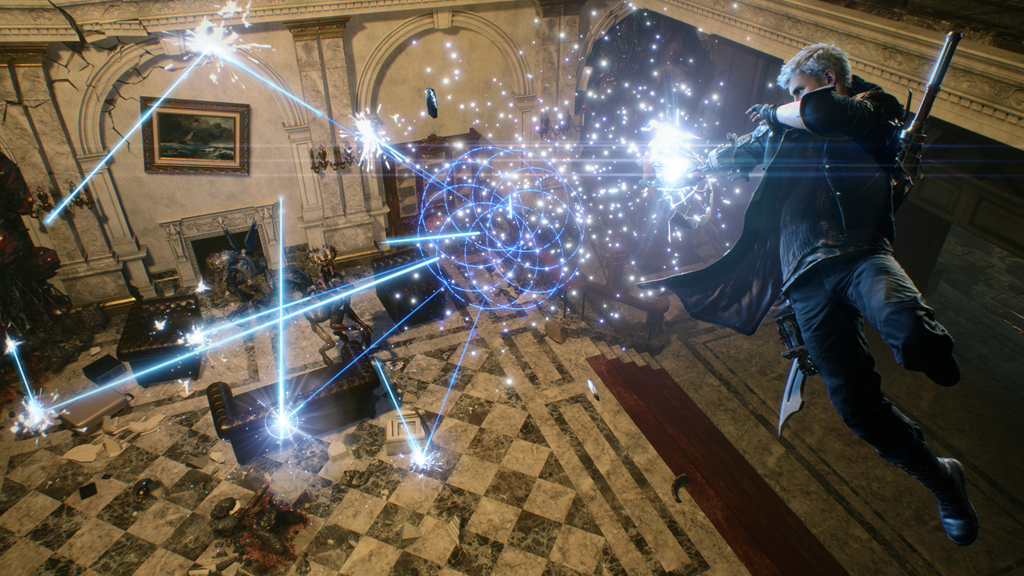 Nero is the first character you’ll play as, and while he’s pretty straightforward, he has a few unique mechanics to be aware of. The idea is to get in the enemy’s face fast and often, and he has some pretty great tools for doing that. (I’m also gonna recommend some things to unlock for him and the other characters as well.)

Devil Bringers: Nero has access to a variety of prosthetic arms with different abilities. You can use them by pressing B on Xbox or circle on Playstation. Hitting it once will trigger their standard attack, while holding it down leads to different results. For instance, the “Punch Line” normally launches a rocket fist to pester enemies, but if you hold the button down, Nero will ride on the arm like a hoverboard. Experiment with Devil Bringers until you know which are your favourites, then bring those into missions with you.

Finding out which Devil Breakers you prefer will really elevate combat as Nero.

Exceed: Nero’s sword can be revved like a motorcycle to do extra damage or unlock powerful attacks. The timing can be tricky, but you want to hit your shoulder button and hold a bit before your next rev in order to fill your Ex-Gauge. Think vrr vroooom, vrrr vroooom. He also has a skill called Ex-Act, allowing you to time a rev immediately after a sword swipe to charge a portion of his Ex-Gauge. This can later be upgraded to Max-Act, which fills the entire gauge. You don’t need to use it, but it’s worth learning.

Wire Snatch: If you target an enemy and press your Devil Trigger button, Nero will snatch them with a grappling hook and either draw the enemy toward him if he’s on the ground or fly to them if he’s in the air. Use this to move from enemy to enemy and keep your combos going. 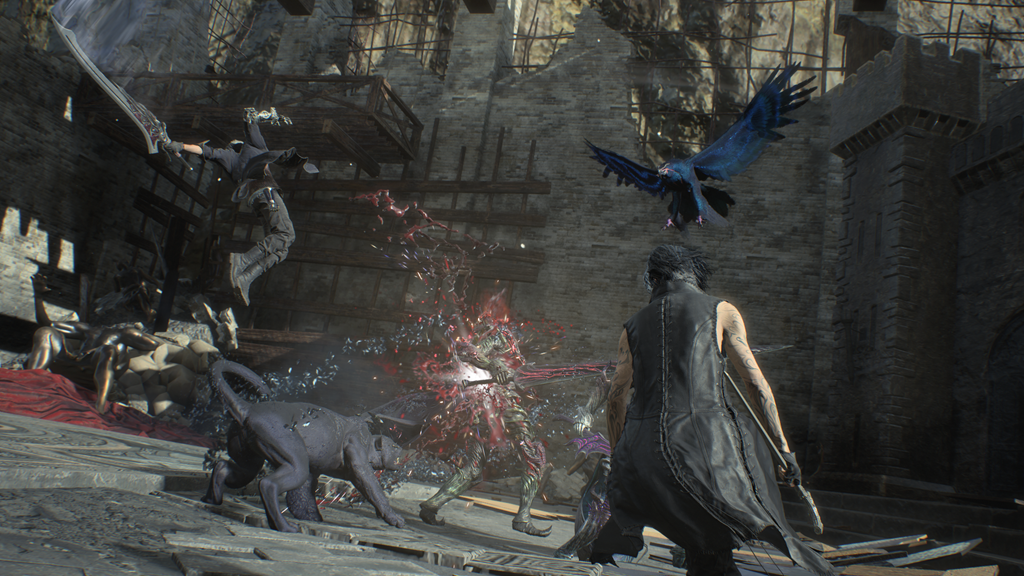 V’s a newcomer to the Devil May Cry series and a bit more complicated than Nero. As V, the idea is to have your animal pals beats up enemies until you can strike a final blow. His skills are about misdirection and building up his Devil Trigger meter to set up for explosive moments that clear out tons of enemies at once. Here’s how that works:

Griffon is V’s cranky bird buddy. He attacks whenever you press square on the Playstation or X or Xbox. A normal tap of the button will fire a ranged attack, but many of his unlockable abilities focus on controlling portions of the battlefield with laser beams and other tricks. Use his basic attack to chip down weak enemies and special moves to knock back enemies that get too close.

Shadow is V’s pather pal, and your main source of damage. He attacks if you press Y on the Xbox or triangle on the Playstation. Think of him the same way you think of Nero’s sword. Focus him on beefy targets and use his special attacks to knock enemies into the air where you can juggle them with Griffon.

Devil Trigger: If you press LB on Xbox or L1 on PlayStation, you set off V’s Devil Trigger. This summons a massive golem that attacks all enemies on-screen. It’s worth saving up for a moment when there’s lots of targets to hit. You can also spend a small portion of Devil Trigger by hitting Left Trigger on Xbox or L2 on Playstation plus your attack buttons to charge up Griffon or Shadow.

Read Book: V burns through Devil Trigger gauge quickly. One way to gradually get it back is to make him read the book he carries around. Hold the right trigger on Xbox or R2 on PlayStation and he’ll start reading. This gradually restores the Devil Trigger gauge. Since V’s not in the thick of fighting, you should do this as often as possible. 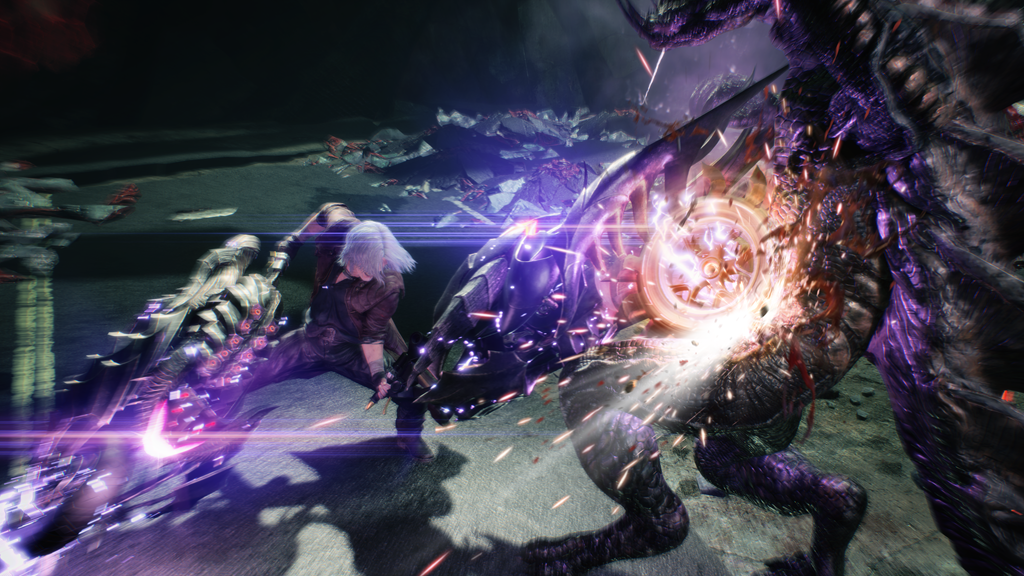 You won’t get to play as Dante until later in the game, but you’re in for a treat when it happens. Dante can do everything. He has access to a variety of styles and weapons that give him tonnes of possible options for building combos. Dante facilitates a lot of play styles thanks to a variety of stances that you can select using the D-pad. You can choose to master one or play around with all of them. Here’s how that works:

Swordmaster focuses on melee attacks, either giving the ability to summon spectral swords or unlocking new moves for the weapons you have. That’ll change depending on what weapon you’re currently using. If you enjoy straight-up combo building, this is a good stance. But it also means memorising the most amount of moves.

Trickster grants access to extra dodge moves that make it easy to avoid attacks and close the gap toward enemies. It’s very straightforward, but if you want some more freedom of movement, this is the way to go.

Gunslinger is similar to Swordmaster, but it expands the moves for your guns and projectile weapons. It’s not too complicated, and many of the attacks allow you to hit multiple enemies at once for crowd control and style points.

Royal Guard is about blocking attacks and timing punishing counters. It’s possibly the most difficult stance, as it requires a lot of knowledge about enemy attacks. The idea is to block enemy attacks at the last moment to build up a small meter and then, when the meter is filled, counter attack for a massive hit. Very good against bosses!

You’re bound to find a style that you love while playing as Dante. Here, I have a lot of fun with Swordmaster.

In addition to these stances, Dante has his own Devil Trigger with some nuances. Pressing the Devil Trigger button will cause him to transform into a demon and gain more powerful attacks. Additionally, you regain health while Devil Trigger is active. You’ll eventually get the Sin Devil Trigger as well. To use that, you need to hold the button and charge up your meter. It can do a ton of damage, so it’s best saved for boss fights or when you’re overwhelmed.

Recommended Abilities: All of the things! Go buck wild!

Even after you’ve gotten a grasp on these characters, you’re going to mess up. You’ll take a stray hit or drop a combo and it’ll feel like a big bummer. Don’t restart the encounter right away. Keep going. It’s possible to turn things around, and even if you have one rough fight, you can still get a good rating at the end of a chapter.

In combat, try out new ideas and random hunches. It’s easy to get caught up chasing rank points and style combos, but this is game about expression. Play around. 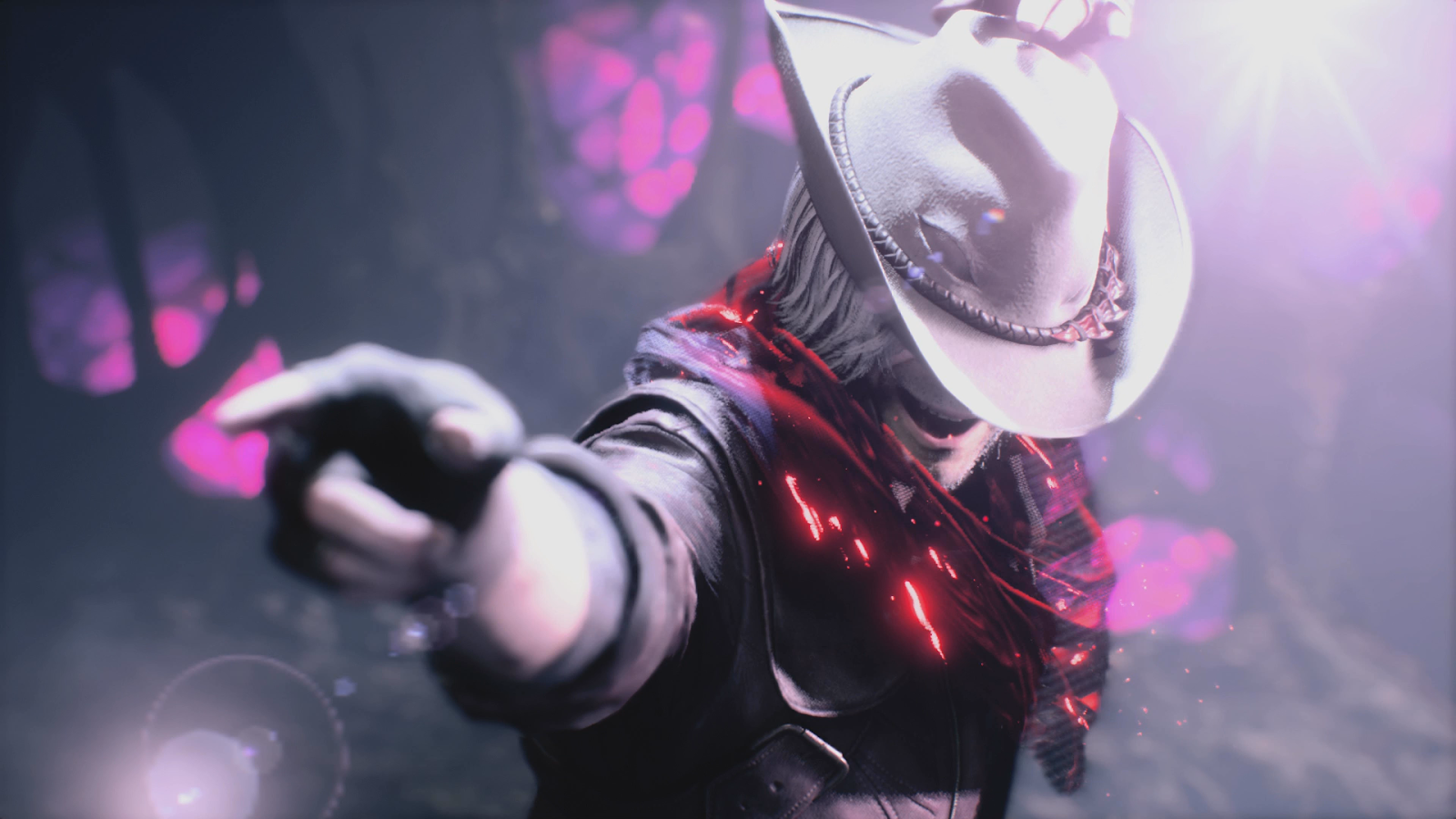 This is a game, and a really fun one! Devil May Cry 5 is campy and a bit trashy. For maximum enjoyment, try to embrace some of that smokin’ sexy silliness. Enjoy the cutscenes and grin as the voice actors turn pulp nonsense into compelling drama. Marvel at your luscious combos. Have a drink of your choice, sit with a pal on the couch or whatever. You’re gonna do great.