One of the funniest reactions to last week’s reveal of Pokémon Sword and Shield for the Nintendo Switch was Twitter user @Sir5000’s joking addition of Pokémon Gun to the lineup. The mock logo is so convincing, Mexican newspaper La Voz de Michoacán ran with it.

On February 27 the La Voz de Michoacán website ran a story about the announcement of Pokémon Sword and Shield. The story made no mention of Gun, the joke game that does not exist, but did include a retweeted version of @Sir5000’s image.

It was an odd choice of Tweets to include. Then the print version of the paper, published on March 2, made an even odder choice. The story, written by Mario Plancarte, contained no mention of Pokémon Gun. The accompanying art, however, included all three logos, each corresponding to one of the game’s starters. The glorious Scorbunny and weeping Sobble are Shield and Sword respectively, while grass monkey Grookey looks like he’s reaching for a pistol. 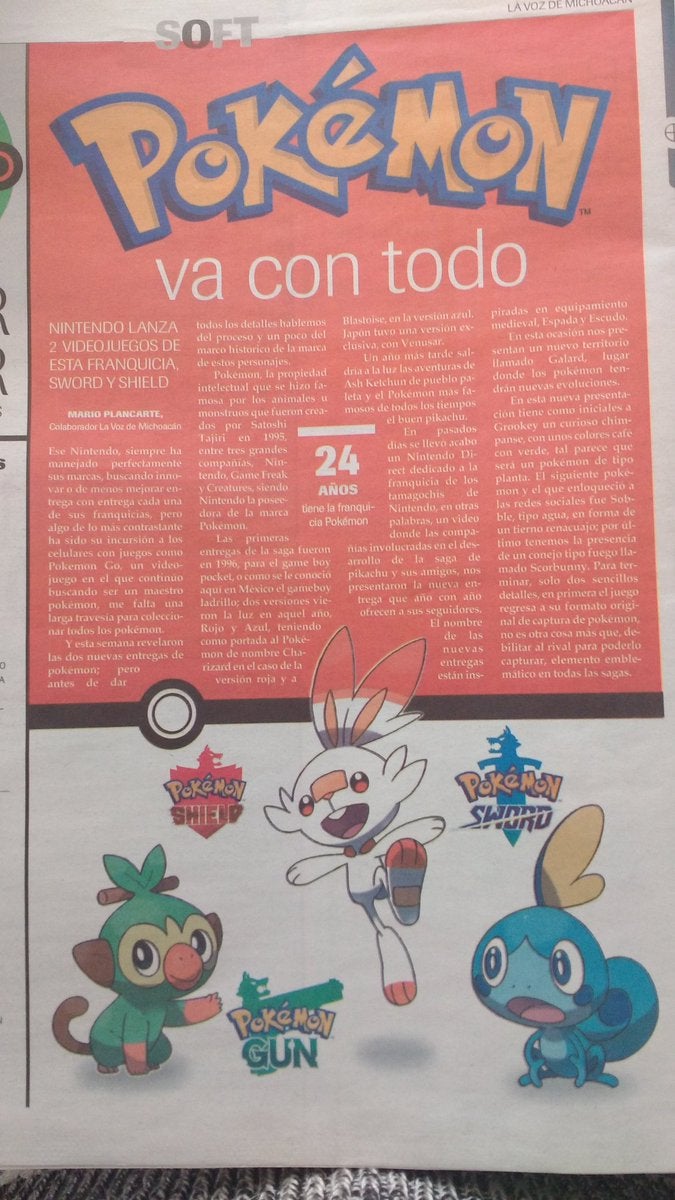 Twitter user Cin Ceja brought the article to light on March 3 with the message, “My local newspaper, always doing research before publishing anything.”

According to print article author Plancarte, he was only responsible for the written portion of the page. The department responsible for formatting the article looks to have combined official Nintendo art of the starters with the two real and one fake logos. It looks like the paper even scrubbed @Sir5000’s watermark from the Gun logo. La Voz de Michoacán issued an apology for the silly image earlier today.