The latest update for Call of Duty: Black Ops 4 is a double-edged sword. It brings great new content to the game that I’m having a blast with, but also loot boxes. Ironic, considering that the update is titled “Grand Heist.”

Black Ops 4’s “Operation Grand Heist,” available this week on PlayStation 4 and next week for Xbox One and PC, introduces a cops-and-robbers theme, with the addition of Casino and Lockup as new multiplayer maps for players who purchased the Black Ops Pass.

In addition to new maps, Grand Heist offers nostalgia with the return of Black Ops’ fan-favourite “One in the Chamber” party mode, which gives each player a pistol, one bullet, and three lives. Each kill earned loads another bullet in their gun, and players fight to be the last one standing.

Also, Black Ops 3’s popular Outrider has now joined Black Ops 4’s growing crew of skilled Specialists. Outrider returns with her Sparrow bow as the Specialist weapon, and her new equipment is a helpful drone that can be positioned to tag enemies within its line of sight. 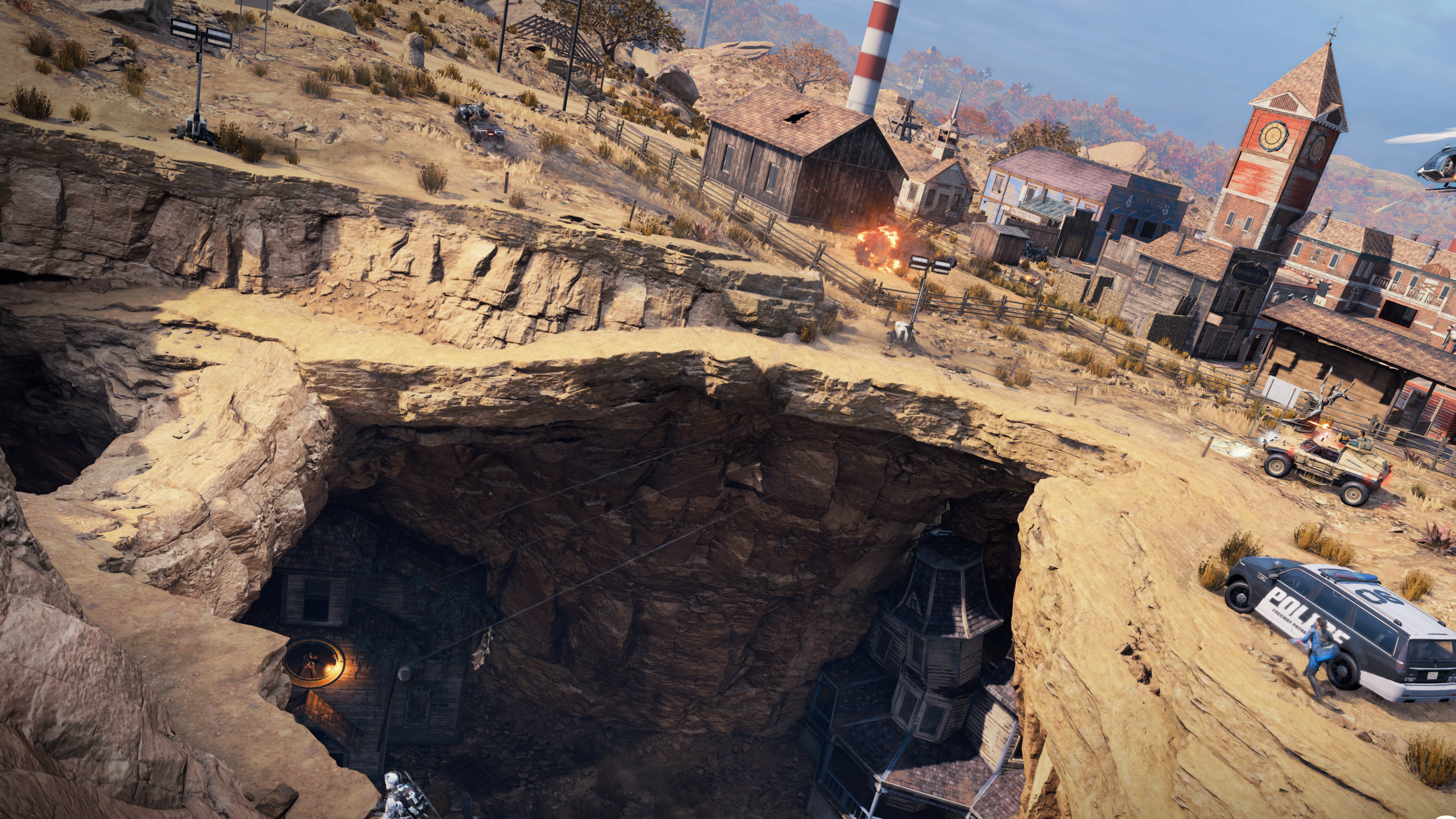 Keeping with the Wild West vibe, Black Ops 2’s Buried Zombies map now occupies some of Ghost Town’s underground real estate. This new named location is a great addition to the map, and there were several smaller areas that also received a decent makeover. Extra shops and clusters of buildings add more looting opportunities for those aiming to bypass the hot drop locations. I’d love to see more visual updates like this in the near feature, and I think Treyarch can go even bigger here, but these map changes are a start.

Like with past Black Ops 4 events, there’s a new Contraband stream of loot in the Black Market that can be rewarded for in-game time spent playing multiplayer or Blackout. This includes the new Switchblade X9 submachine gun and the fully-automatic Rampage shotgun.

Zombies players will have to wait until March to receive a new DLC map, but there’s a brand-new “Death-Con Five” Gauntlet for the Classified map. I really enjoy the grind of the Gauntlets, so I’m glad to see all the maps getting the challenge treatment. 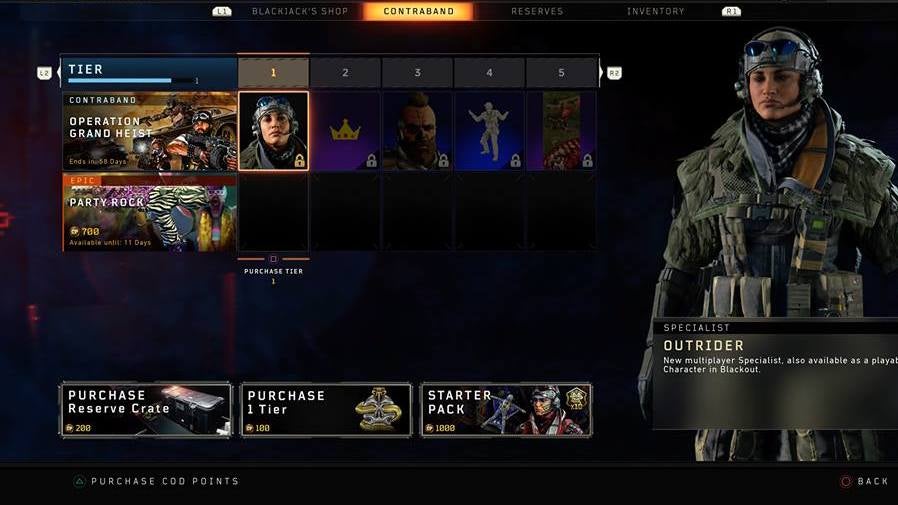 Overall, the new content is excellent, but it’s hard to get entirely excited as this update also means that another poor loot box system is sliding back into Call of Duty. This update revamps Black Ops 4’s loot reward system in a way that rewards players less for playing, while now giving the option to spend money on a gamble. Yes, players can still play and level up tiers of the Contraband streams for decent rewards without buying anything extra, but now, some sought-after items are only going to be found in Reserve Cases.

Initially, these cases were included in the Contraband stream as “Reserves” that you could earn after finishing the final tier of an event. For example, after reaching tier the final tier 100, you could keep progressing through 101 and beyond, with each additional tier earning you one case that contained a random item.

Now, Reserve Cases can now be obtained through purchase of the Reserve Crate supply drops, starting at a price of £1.79 per crate. One crate will give you three random cases, or you can simply earn individual cases in an unrewarding grind separate from the Contraband stream. 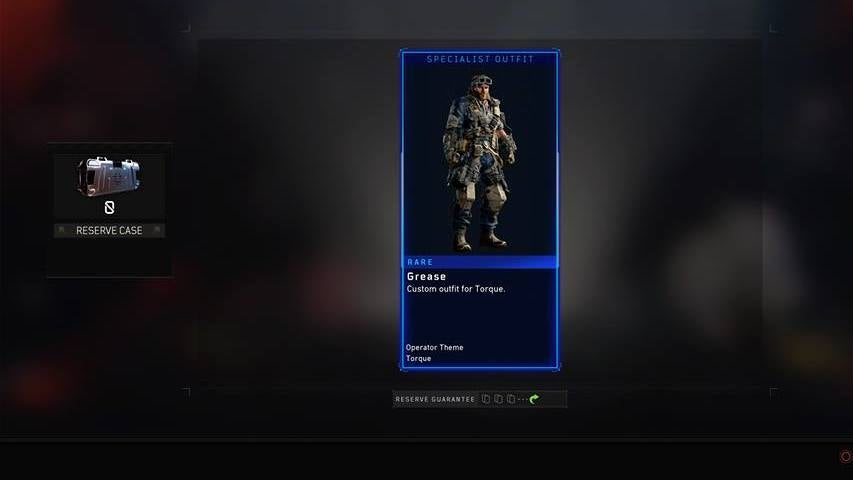 It’s uncertain how the game calculates how often to reward players with a case, but in my experience, the rate needs to be sped up. I played Blackout and multiplayer for at least three hours on the first day of the event, earning myself one single Reserve Case for my nightly grind. The case contained a basic Specialist outfit that I’ll never use because I have already acquired a much better collection to choose from.

Call of Duty has received a lot of backlash from its strategies around loot boxes and microtransactions in the past, and Black Ops 4 was a chance to finally offer players a system that felt somewhat fair and rewarding. Blackout character skins were initially unlocked via in-game quests, but now some new skins are hidden behind a supply-drop paywall. I really want the Vacation Hudson skin, but there are hundreds of potential items in the Reserves, and my luck with supply drops has always been poor. I’ll stick to earning the “free” crates, but the system still needs to be fixed. Also, there shouldn’t be duplicates.

I play because I enjoy the game, but if these cases are going to contain one single random item meant as a reward for hours of play, it needs to feel more rewarding.