What’s The Scariest Moment You’ve Experienced In A Game?

I like zombie games. I like open world experiences. Mixing them together gives you The Evil Within 2.

Sebastian Castellanos’s plunge back into the shared reality of STEM takes you into a Twin Peakesque town called Union that is as distorted as your fractured psyche. There’s a killer photographer on the loose who’s murdering his victims, then taking a picture in their final moments so that they become frozen in a death loop. Are they conscious? Do they repeatedly experience the pain and the horror of realising that they’re going to die?

At the same time, knowing everything was just a projection in my head dulled a big part of the fear I felt. What did I have to be scared about when it was just a virtual reality simulation in Sebastian’s mind?

That feeling changed early on in my foray into Union. You find a house where a woman is feeding what appears to be her child. “Clean your plate. You got to eat,” she gently says. But he’s so full, he can’t eat anymore. She begins to force him to chow more food down, bashing his face into the table. He is alive, even though he appears utterly horrified and confused by what’s happening to him.

“I’m doing what’s best for you,” she states angrily as she stuffs him with food. Even though he’s human, he looks like a zombie, both physically and mentally, as more food is shoved down his throat.

“What the?” Sebastian says, mirroring our own incredulous disgust. I couldn’t help but wonder what actual relationship do they have? Why does she want him to eat so badly? And which sick STEM programmer thought to put in the detail of flies infesting old food, skin rotting off, and the graphically accurate visuals of what a bashed-in head actually looked like? 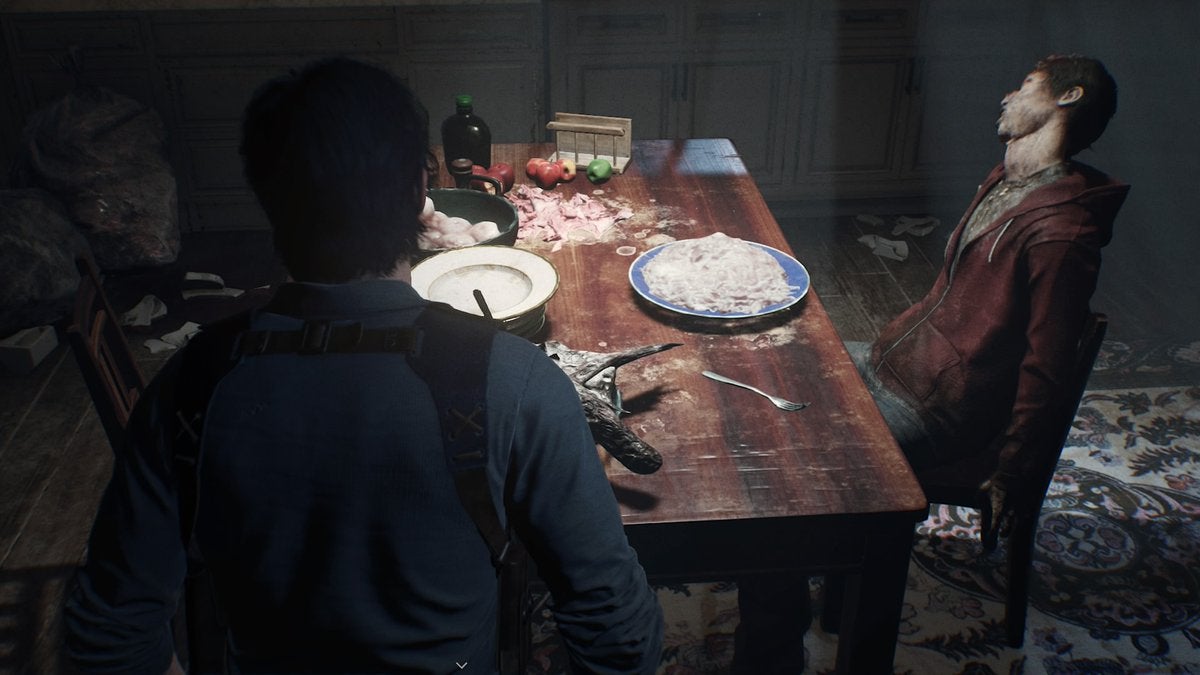 The whole scene freaked me out.

So Kotaku, what was the scariest/most disturbing moment you’ve ever experienced in a game?