Watch Me Try to Kill Ten Husbands in The Sims 4

I love Sims challenges, but I never finish them. I’ve resolved to change that. I’m trying out the Sims 4 Black Widow Challenge, and I’ll be streaming it in hopes that an audience will keep me honest.

The Black Widow Challenge was created by the simmer Simalot, and the rules are simple. You make a Sim with the Snob, Materialistic, and Romantic traits, find them a would-be husband, marry that guy, and then kill them. Then you do it again, and again, until you’ve killed ten husbands. There are a few other rules and a complex scoring system, but that’s the gist.

The Sim I made, Scarlet Emery, is gorgeous, and during my first stream with Tim Rogers, I got her to ensnare her first husband. 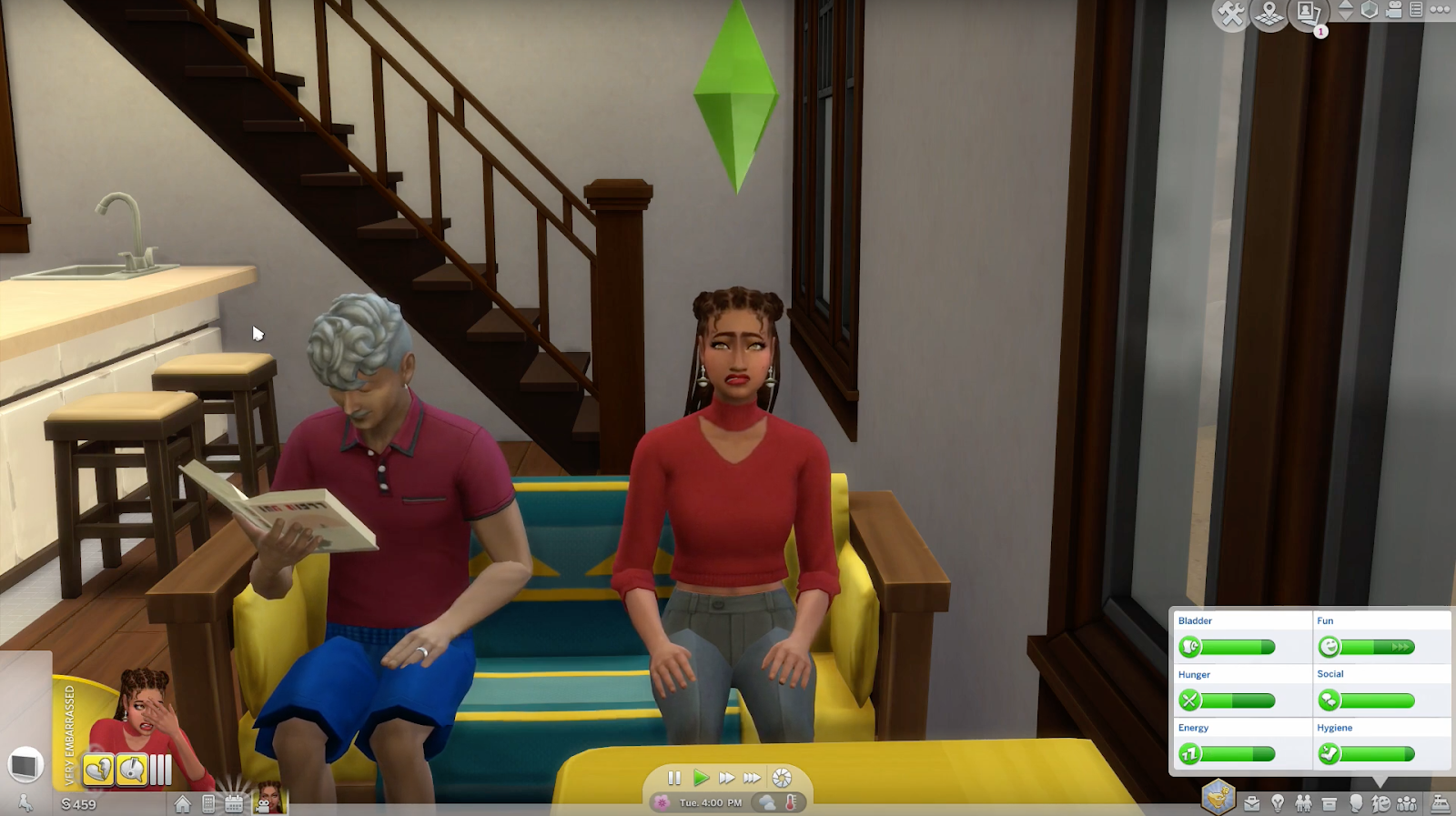 I’m not usually a Sim killer; I usually prefer to play out large, successful families. This challenge caught my eye after I watched Lilsimsie’s Let’s Play series on it, in which she accidentally murdered the love of her black widow’s life, after which point she made it her mission to make ambrosia and bring him back from the dead (yes, you can do that in The Sims 4). There’s so much room for comedy, even with all the murder involved.

I’ve already kind of messed up my first attempt. I met two eligible bachelors out at the bar, and one of them was a rich professional chef. Your black widow isn’t allowed to get a job, so marrying money is key. I ended up proposing to the wrong guy. Oops. He’s doomed anyway.

Every week on Thursdays I’ll be returning to this challenge until I rack up my ten kills. I can only hope for more misadventures along the way.