Sexy Medieval Men Are Waiting For You in Robin Morningwood (NSFW)

By Kate Gray on at

Don’t get me wrong: I appreciate the exposition, but sometimes we need to all collectively agree to accept the fact that we don’t care who these two sexy, hairless strangers are. We know they’re about to get busy, and that’s fine. I don’t turn up to my job every day and explain why I’m there again.

We begin our tale outside the town, where two twin guards inform Robin that he must pass a mysterious “test” before they will let him in. The test, apparently, is looking at a book full of illustrations of men jacking off, which makes Robin Junior rise to the occasion like a daffodil breaking through the Spring snow. Congratulations, Robin, you passed the test—which is apparently just to test if you are sexually attracted to men, and surely there are other ways of doing that which don’t involve chaining a man to the wall and then branding him—so you get to come on in to the town of Whellcum. 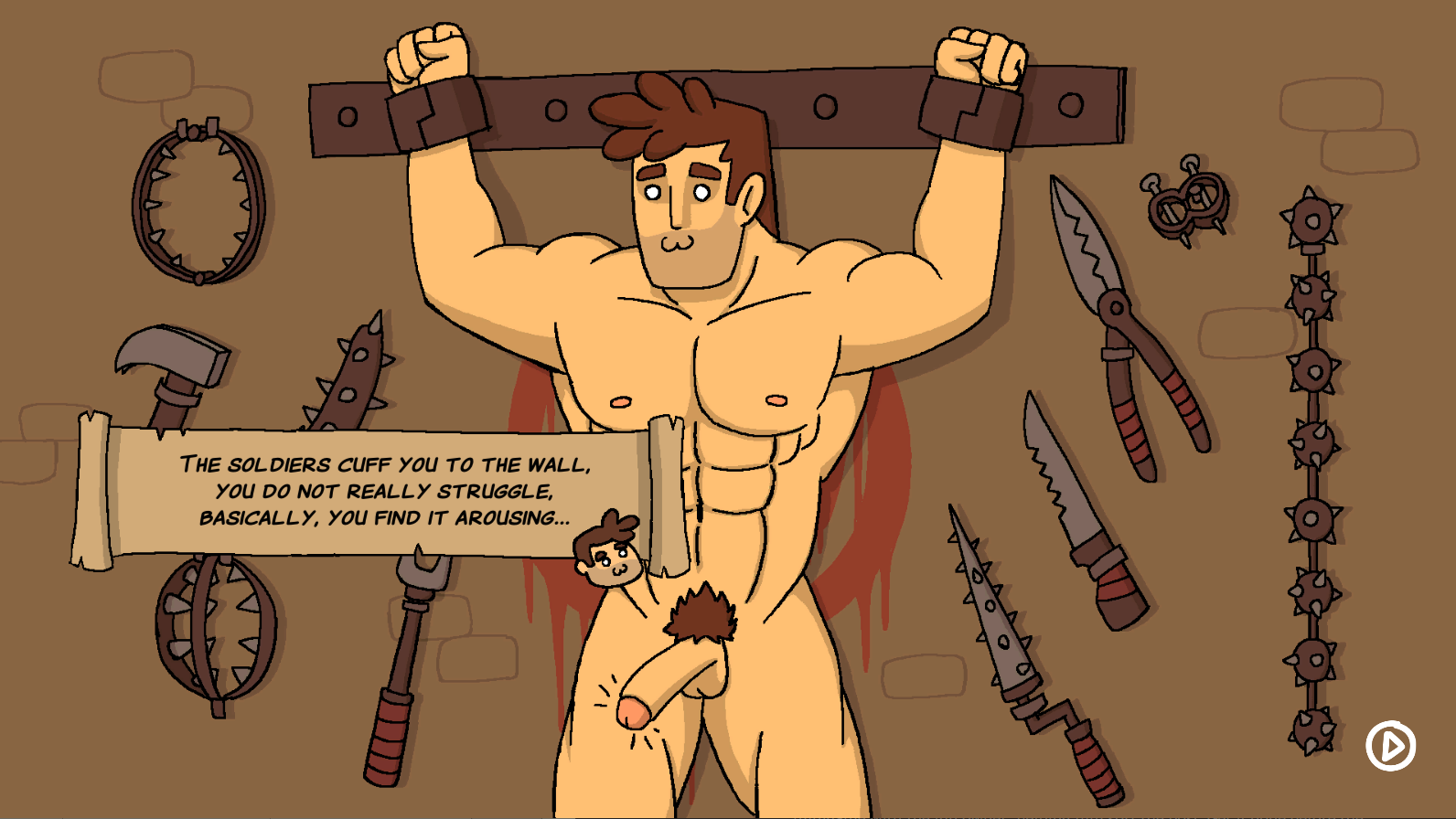 Given that this version is only a demo, and the game’s Kickstarter begins on 15 January, there’s not a lot to do yet, so I puttered around town looking for eligible men who could explain to me why the “tyrant king” insisted on filling the place with only gay men, all of whom are now branded with his symbol. I mean, I can guess at least a few reasons why, most of which end with sticky beards, but perhaps the mystery goes even deeper. 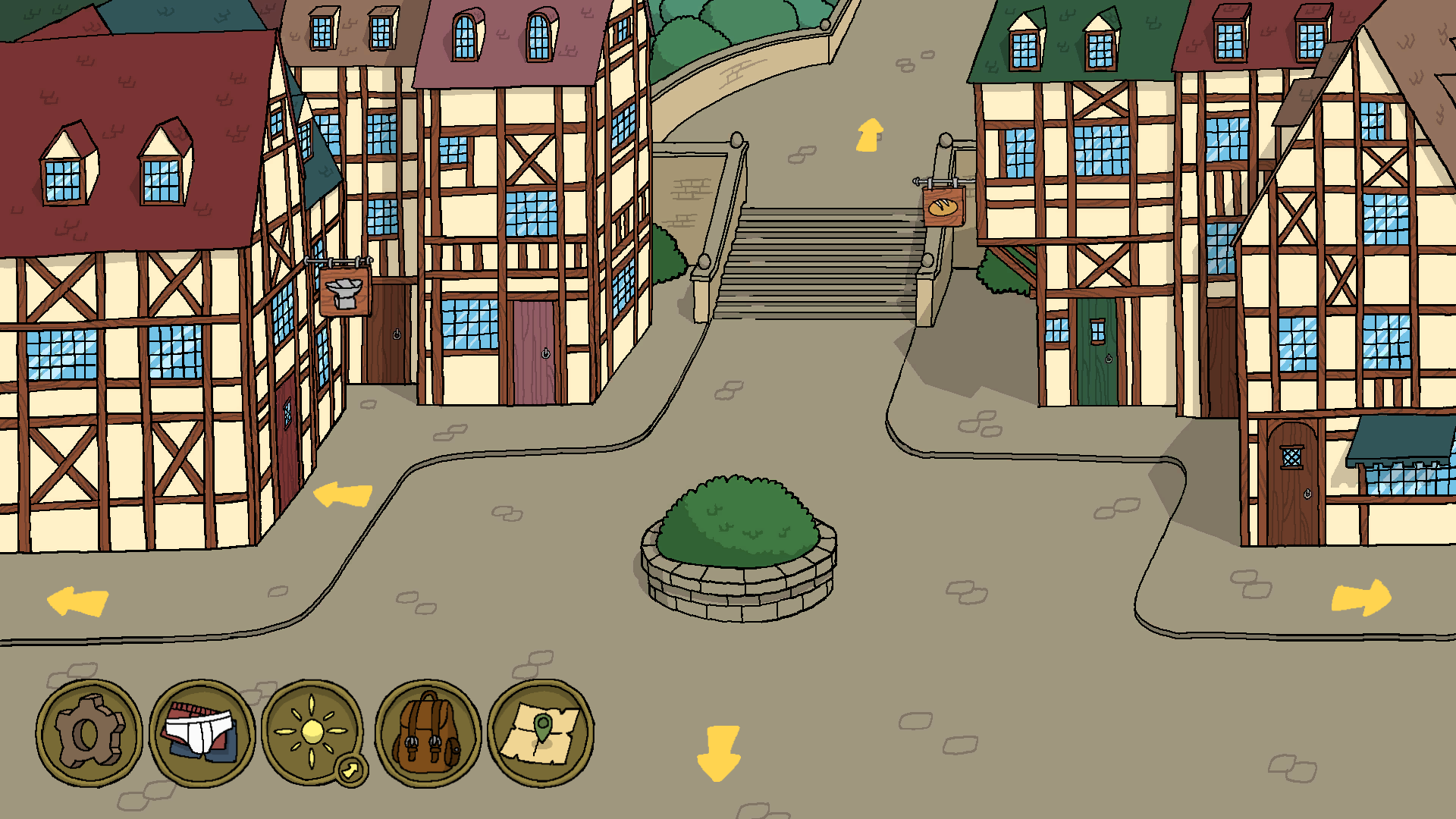 All roads lead to dick.

But back to that underwear-sniffing thing. One of the game’s features is that your conquests will provide you with their boxers, like a sexy, sweaty trophy, which are stored in your inventory for later perusal. Sniffing a pair of underpants will give you access to that person’s “hottest memory,” which is usually the sex scene you saw shortly before they gave you their knickers. These are sparsely animated, but effective.

One scene happens after Robin plays a minigame with the inn owner, helping him sort the post. Get it done before the timer runs out and our innkeeper friend gets gradually more and more turgid, slowly engorging at the mere thought of an efficient postal system. Your reward for being a diligent worker is—surprise!—a cummy beard, which can be revisited at your leisure through the pant-sniffing interface.

I’m intrigued as to where Robin’s adventures go next, and excited to see more sex games (especially LGBTQ ones) getting funding through Patreon and Kickstarter. Of course, with the whole Tumblr thing happening, and Steam cracking down on erotic content, I do worry for the future of sex games and LGBTQ content. I don’t think they’ll go away, but I hope that someday, someone hopefully not under the thumb of Apple or Google will be able to create a platform that can host, maintain and promote LGBTQ and ethical sexual content—i.e., sex-positive content that benefits sex workers and marginalised creators and treats them fairly. It’s a far-off dream, but one that I think is possible.