There was a time when a popular Smash flex was showing someone that you could even beat them with Bowser, the hulking, slow-to-move Mario monster. Before Bowser’s huge form had even initiated an attack, it’s likely his opponent had already gotten in a shot or two. It’s not that he wasn’t powerful—he was, when he could get a hit in. But playing as him, and Smash’s other heavy fighters, felt like tugging on puppet strings with lots and lots of slack.

Smash Ultimate, the game’s fifth iteration, has made its bigger boys better. Bowser, Donkey Kong, King Dedede, Ganondorf and Charizard all feel a little lighter on their feet, and with the addition of great, new heavy fighters like King K. Rool and Incineroar, this class of character is no longer too unwieldy to manage in competitive situations.

What does “heavy” mean in Smash? Specifically, it refers to a fighter’s weight and how much they’re able to resist getting thrown far across the stage. Heavy fighters are harder to displace. That sounds like a good thing, especially when paired with these fighters’ typically stronger attacks. (Just think about how much more it would hurt to get punched by someone who’s got meaty biceps.) Yet heavy fighters have a lot of disadvantages, so playing as them is high-risk, high-reward. Often, they have slower movement speeds, which, when paired with their huge hitboxes, makes them easier to hit. They sometimes also have poor recovery moves, so once they’re off the stage, it’s challenging to get back on. In prior Smash games, those disadvantages often ended up outweighing the advantages. Because of that, these fighters often got short shrift among more competitively-minded players because of their easy-to-exploit vulnerabilities.

Balancing a game with 76 fighters seems immensely difficult, especially when those fighters vary wildly on the light-medium-heavy scale. Yet Smash Ultimate, right now, feels remarkably well-rounded. Gonzalo “Zero” Barrios, the top Smash 4 player and Twitch streamer, drew up a tier list last week—one of the first authoritative ones—that ranks almost most of Smash Ultimate’s heavies in the “high tier” category. Over e-mail, he told Kotaku that Nintendo has made heavies “entirely better” in this game, adding that, at Smash tournaments, “they’ll be more popular. They are solid and just way more fun now.” 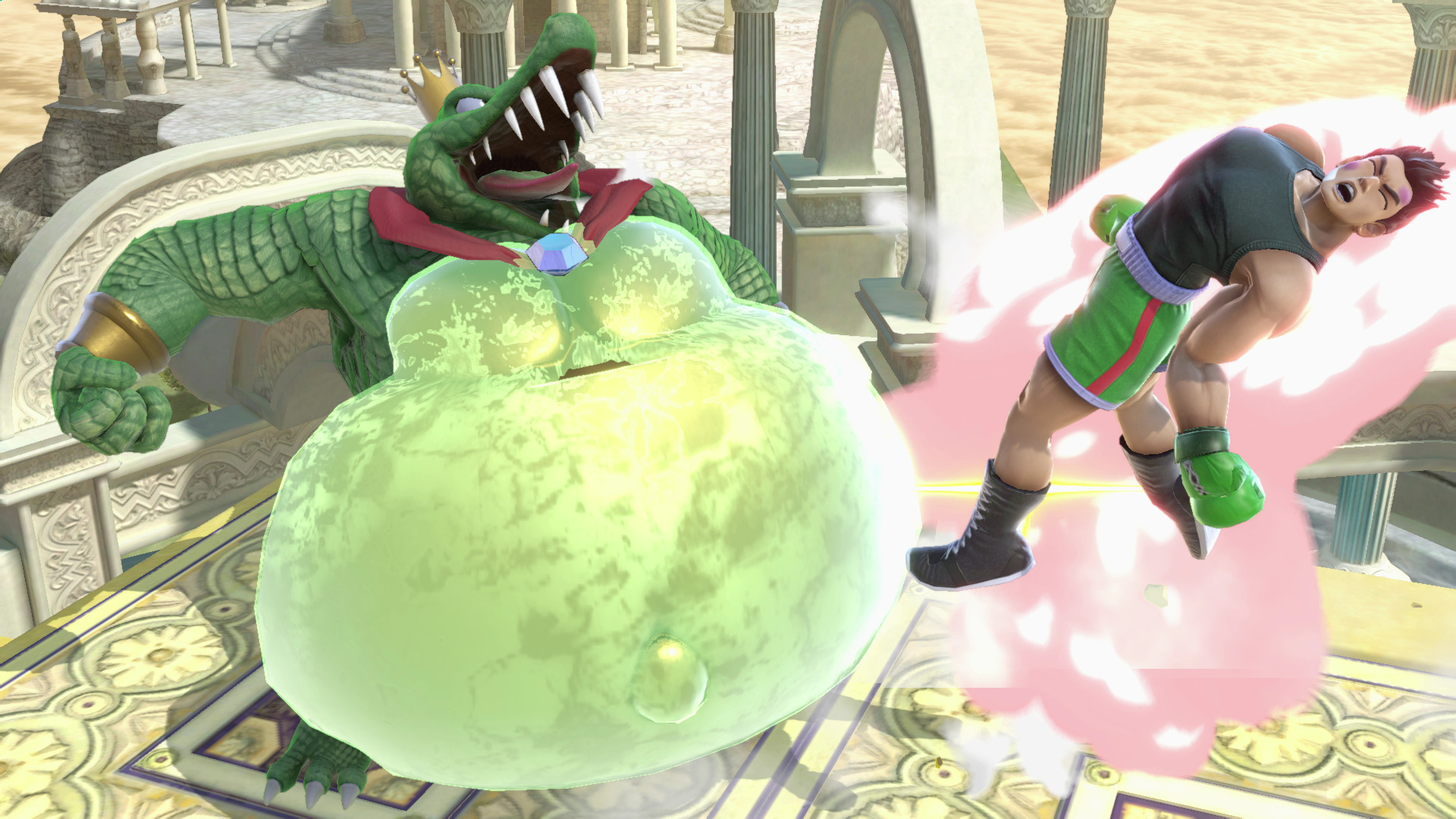 Ultimate has made a couple of changes that benefit the big guys. First of all, the whole game is faster, so the heavy fighters aren’t quite so slow. On top of that, players can now dodge attacks in the air from any direction. That means there’s a little more dodging strategy in play, so heavy fighters can avoid getting spammed with fast attacks and safely find a good position to land a big-damage hit. Directional air dodging obviously benefits heavy fighters in the air, too. Since all fighters can air-dodge downwards, and a lot of fighters’ landing lag is decreased from Smash 4, that means that it’s easier for heavy fighters to rely on powerful aerial attacks without compromising themselves afterwards. All fighters jump at the same speed now too, which makes aerial attacks more possible for big guys to perform; previously, they were more more attached to the ground. All of this evens out heavies’ high-risk, high-reward balance, making their big attacks a little less risky to pull off.

Leonardo Lopez, a top Smash player who goes by MK Leo, told Kotaku, “This Smash is way better in terms of balance, and game mechanics helps heavies a lot.” He added, “It’s gonna be scary.”

On a case-by-case basis, Smash Ultimate has made great but subtle tweaks to heavy fighters that should inspire naysayers to give them a fair shot this time around. Bowser feels strikingly good in Smash Ultimate. His smash attacks still dramatically creep up on opponents and take up a lot of time, but in the air, he feels lithe and responsive. He lands with less lag now, too, making it more difficult to punish his in-air combos. Donkey Kong is very strong, and with some extra armour on him now, he won’t suffer so much when one of his slow-moving attacks misses. Surprisingly, Ganondorf, a traditionally low-tier character, has finally found his footing in Ultimate. Although his recovery is awful, it’s become easier for him to string together his moves into threatening combos on the ground and in the air. Finally, although Barrios has some strong words about King Dedede, one of our top players in the office has been destroying us with him. Over Slack, he told Kotaku, “DeDeDe is godly now. His air game is ridiculous. He can cover so much distance so quickly. I especially love the stage dive forward air trick. That would kill some characters, but he can always recover from it.”

In terms of new heavy fighters, King K. Rool is king. He has an exquisite combination of strong projectiles that create distance between himself and opponents and some killer aerial attacks for when he closes that distance. Plus he’s got a long and forgiving recovery move thanks to his helicopter backpack. And while Incineroar is the slowest fighter in the game, he can handle projectiles well with his “Revenge” attack while, at the same time, wrecking opponents with his dangerously powerful throws.

Smash Ultimate does appear to be “ultimate” but in more subtle ways that go beyond its all-inclusive roster of 76 fighters. So many of those fighters are competitive and, at the same time, fun to play. That means that within Smash Ultimate is an infinite number of match-ups and playstyles to try out—well, okay, more like 3,000 match-ups. Making the heavies feel like less of a slog, and giving them more of an opportunity to be calculating and strategic, opens up new possibilities for high-level play. Hopefully, in 15 years, pros will be competing with more than just Fox.