There were a lot of good video games in 2018, and I sure played a lot of them.

I usually write these lists with a tinge of regret; regret over the no-doubt good games that I didn’t make time for, and regret that my list won’t include games I would have added had I made the time. With that being said, I feel as though this year, fewer games got past my nets than some previous years. (My lists for those years: 2013, 2014, 2015, 2016, 2017.)

Here are my 10 favourite games of 2018, in alphabetical order: 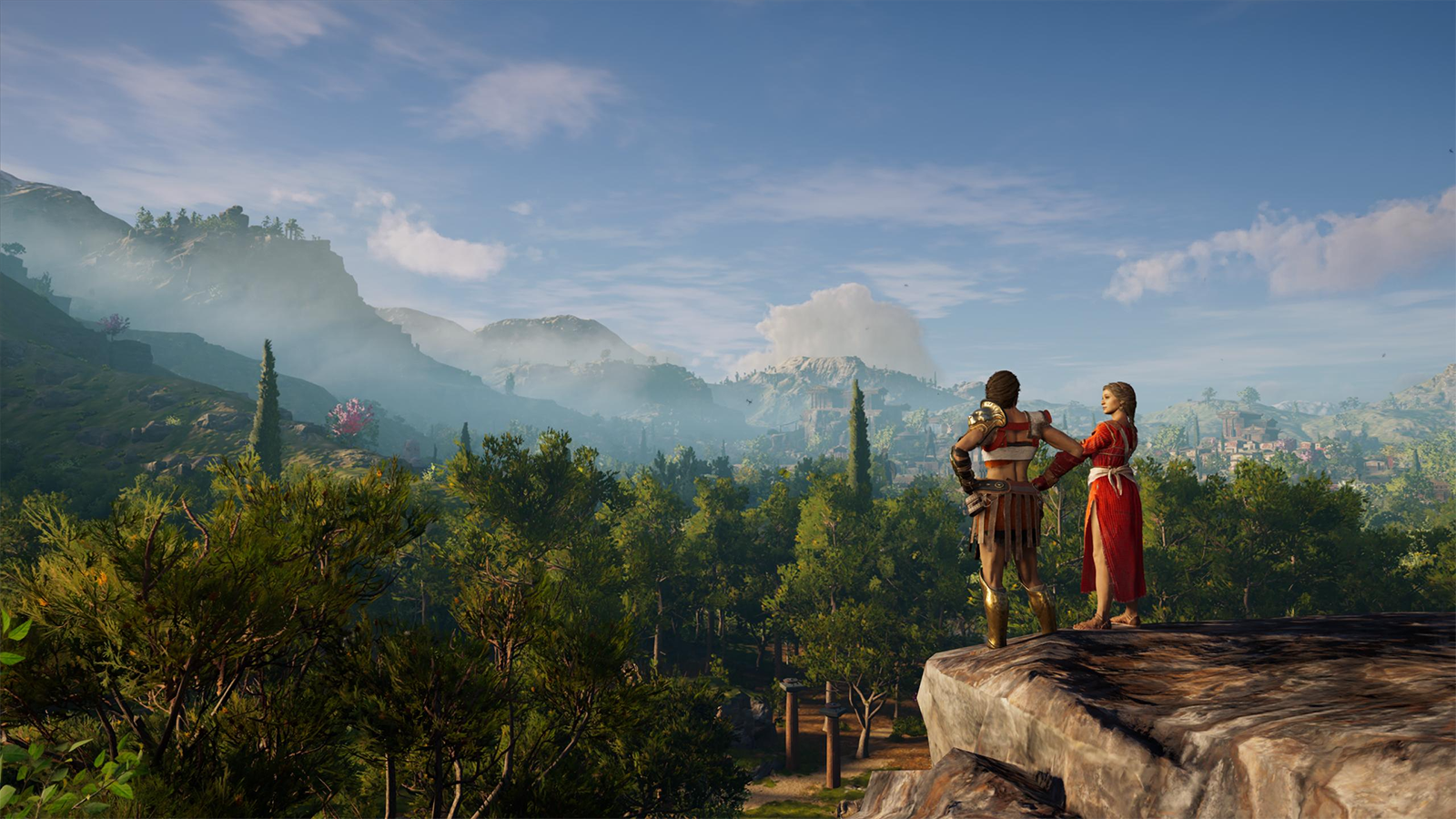 I love Assassin’s Creed games, but I don’t generally love them for the reasons I loved Assassin’s Creed Odyssey. After last year’s Origins, which was expansive and big-hearted while also being repetitive and somewhat shallow, I assumed Odyssey would be more of the same. I should have known better, given how much I liked Ubi Quebec’s last game, AC Syndicate, and I was pleasantly surprised to see how they elaborated upon the action-RPG template Origins laid down. The shift to interactive dialogue and branching narrative was a winner, and the Greek setting was more interesting than I thought it would be. If 2009's Assassin’s Creed II was a Batman game from a Nolan-fuelled Batman era, Odyssey, with Kassandra in the lead role, is a Wonder Woman game for a Wonder Woman age. Thanks to Melissanthi Mahut’s killer performance, the charming misthios of Sparta stands right alongside Ezio Auditore and Evie Frye in my personal AC protagonist ranking.

I didn’t expect this one to be as good as it was either, nor that I’d be compelled to play it as exhaustively as I did. I found the story engrossing if occasionally unsatisfying, and it kindled in me an interest in Norse mythology that would make any school-approved edutainment game envious. Replaying it on New Game+ has given me a greater appreciation for how well-made and dynamic its combat systems can be, and I could just stand there throwing and recalling Kratos’ axe for an hour without getting bored. Killer music, too. It’s more Hitman, which is pretty much all I needed. It’s also more Hitman in a way that reminded me just how daring and essential its episodic 2016 predecessor was. Even if we never get another Hitman game in that style, experiencing one that way taught me how best to enjoy these games in general: by repeating missions over and over, achieving mastery before moving on. I still haven’t seen half of the maps in Hitman 2 because I’ve spent all my time going over and over the few that I’ve completed. May they never stop making more of these. 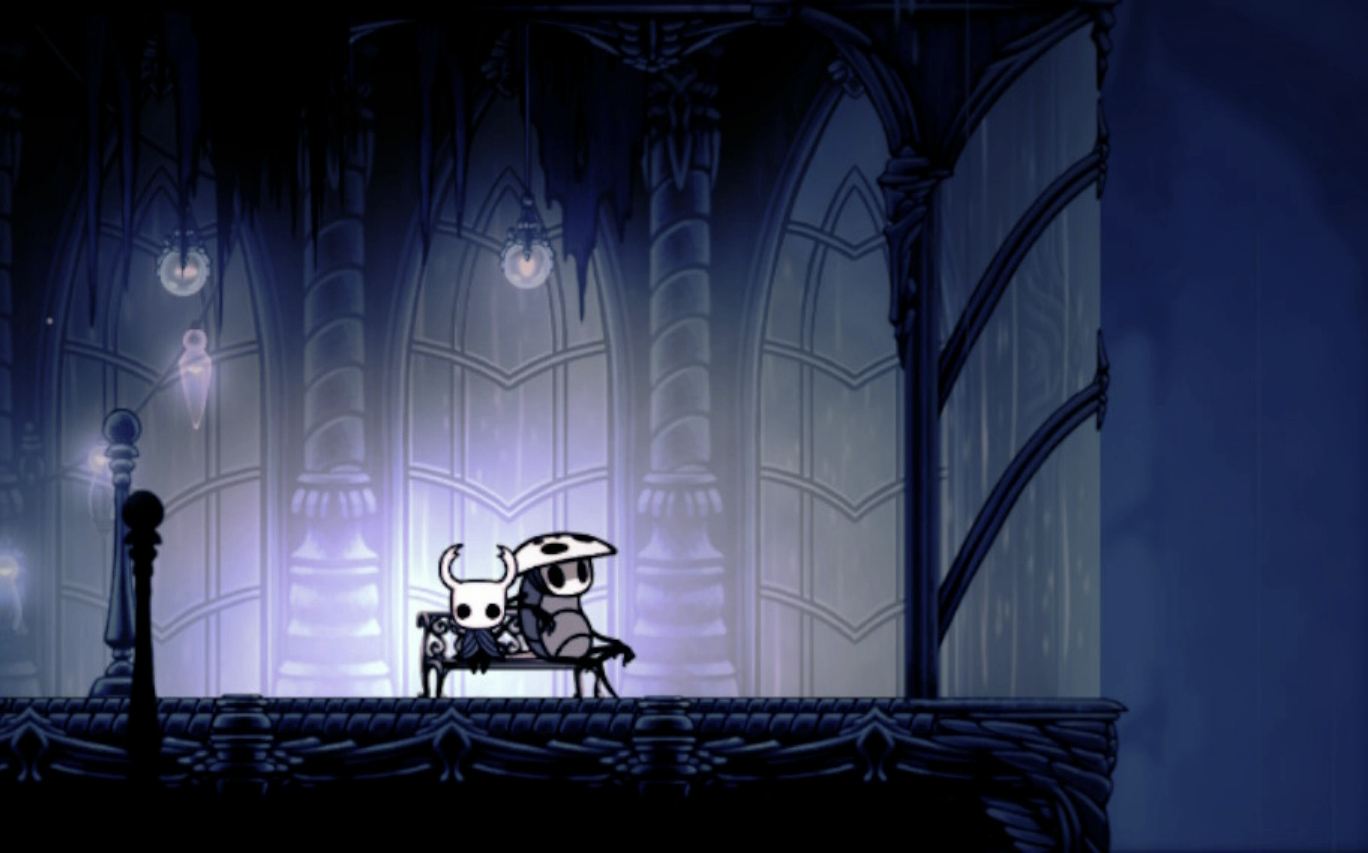 Hollow Knight isn’t just one of my favourite games I played in 2018, it’s one of my favourite games... of all time? (I know it came out on PC in 2017. I’m still putting it on here because it’s so perfect on Switch, and also because this is my list, dang it.) I reviewed this one, so read that if you want my full thoughts. It’s an unusually rich, challenging, and sturdily built game that, for all its perfectly tuned acrobatic swashbuckling, won me over with its story, characters, and peculiar sense of humour. Another one with amazing music, as well. 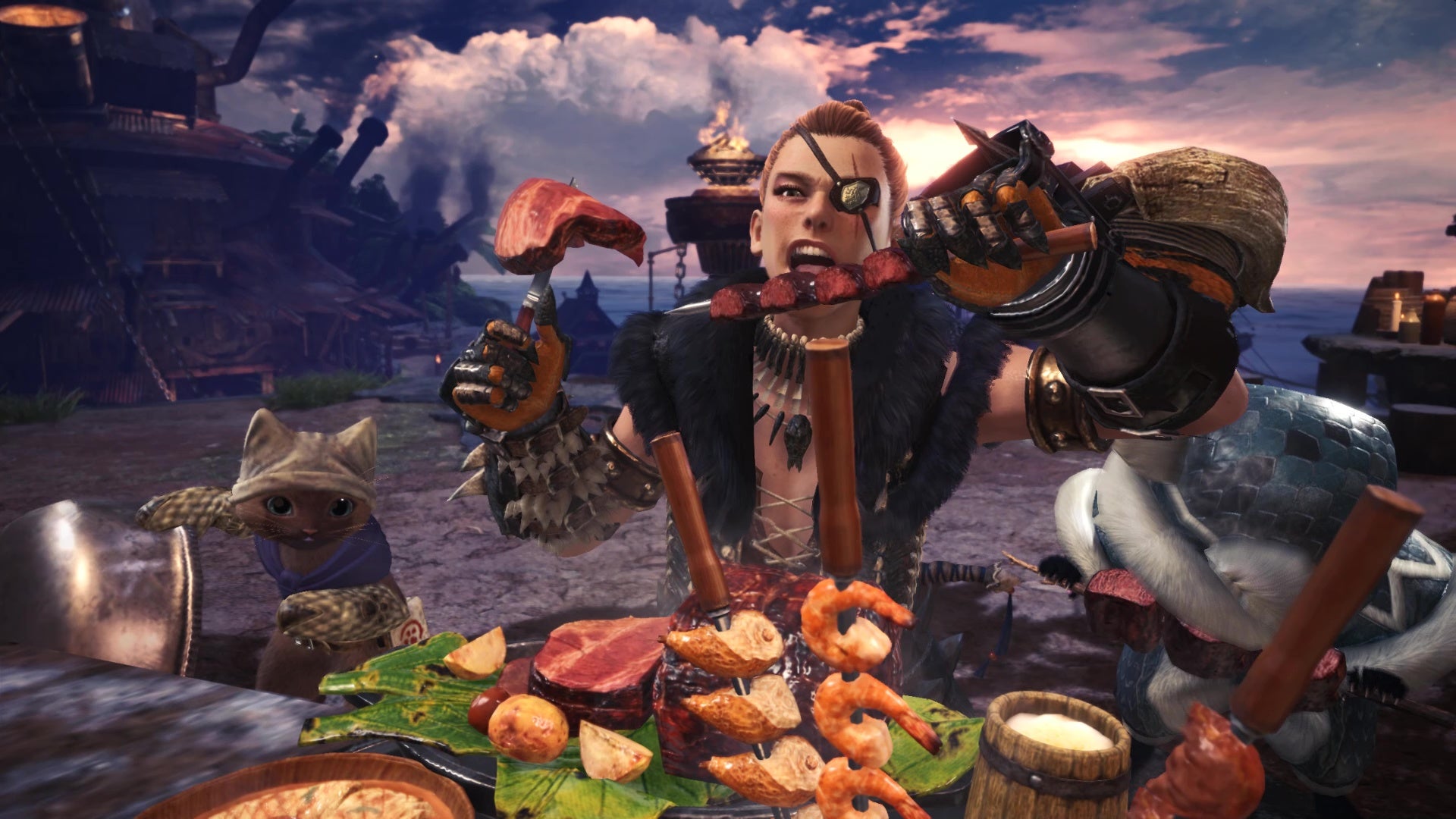 The more I played Monster Hunter: World, the more I liked it, because Monster Hunter is a lot more fun when you’re good at it. I had long admired this series from afar but never plunged in, and World gave me a perfect opportunity to do that. I had a fine enough time playing through the low-rank stuff on PS4, but it wasn’t until I switched to PC and replayed everything that the game opened up to me. I love this game’s ferocious appetite and its irrepressible joy. I love the zest with which its carnivorous cast devours the world around them, and the fury with which their dangerous prey can turn the tables. I wish I could live my life like a Monster Hunter character, tackling each new challenge with a grin and a laughing battle cry. 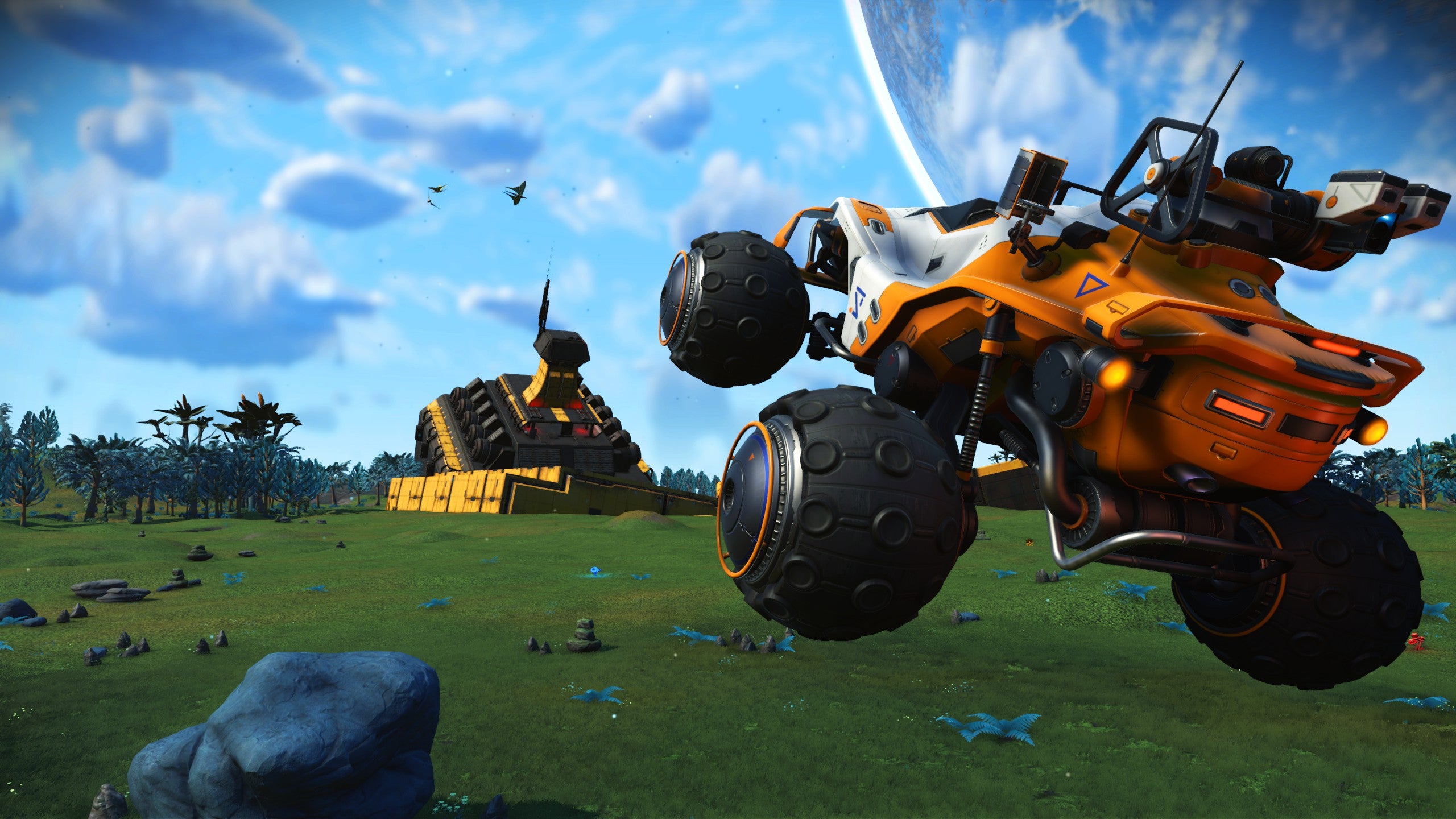 I like a comeback story as much as the next person, but I still wouldn’t have predicted that, in 2018, I’d spend another couple dozen hours merrily plumbing the depths of No Man’s Sky. While much of the oddly charming but incomplete game I reviewed in 2016 has been expanded and improved by 2018's massive NEXT update, enough of the bitter disappointment of its initial release remains that No Man’s Sky will always exist as two different games. Again and again I find myself drawn back to it, not just because it’s so fascinating and odd, but because it’s often so lovely and calming. As interested as I am in how Hello Games might create a follow-up, part of me hopes they never stop updating this one game. 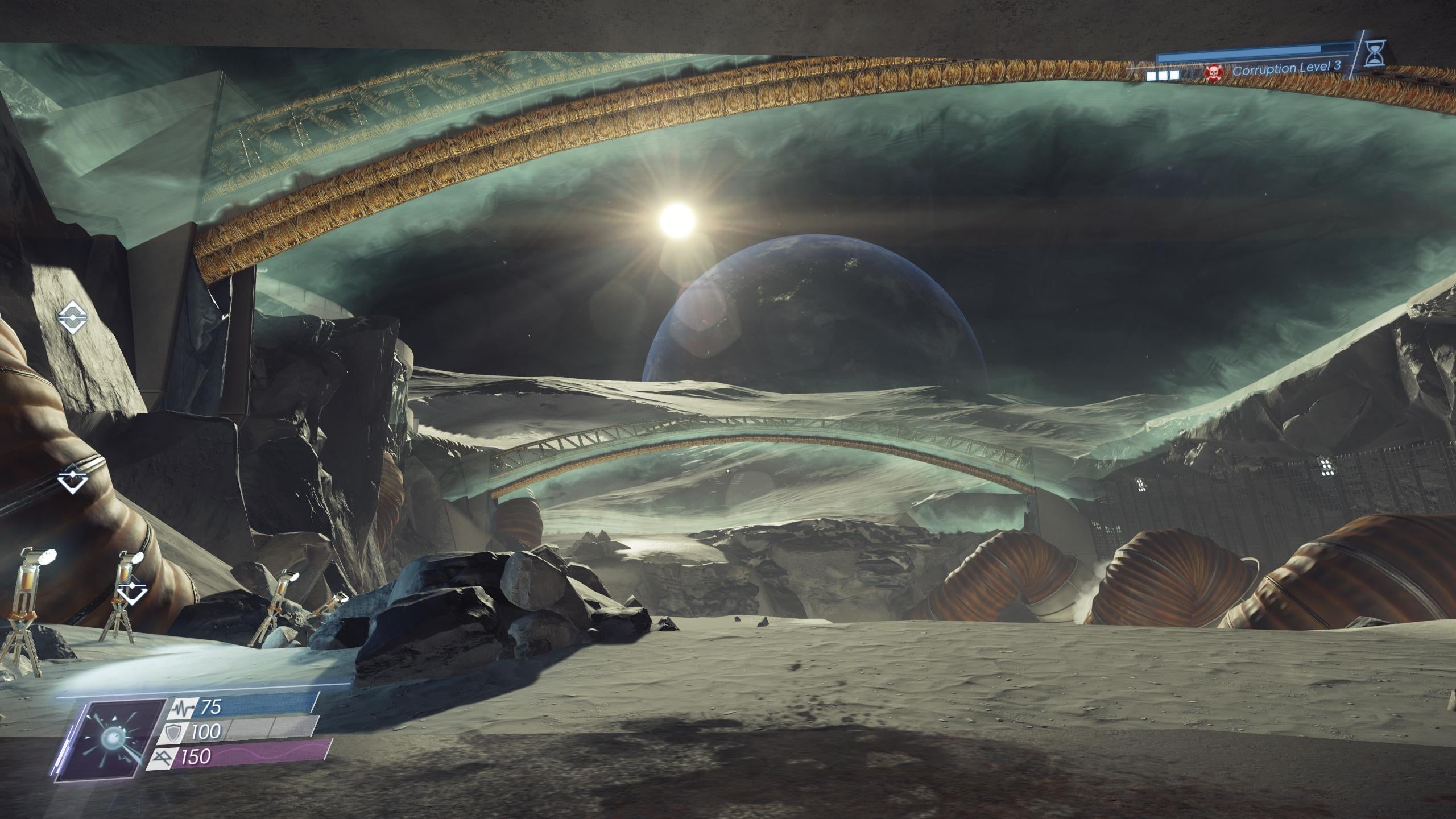 Prey was one of my favourite games of last year, and in some ways I like its 2018 Mooncrash expansion even more. The developers at Arkane took all of Prey’s systems and mechanics and spread them over a “rogue-lite” foundation that has enough layers of permanence that, as I play, I find myself carefully balancing between long-term planning and living in the moment. By way of clever design, Mooncrash negates my worst immersive sim habits: No longer do I save all my best gear for a nebulous “later” that never actually arrives, and no longer can I constantly save and reload in order to undo careless mistakes. The resulting experience is more varied, exciting, and tense than Prey was, and I found Prey to be all of those things. What a wonderful experiment, and a worthy counterpart to an already terrific game. 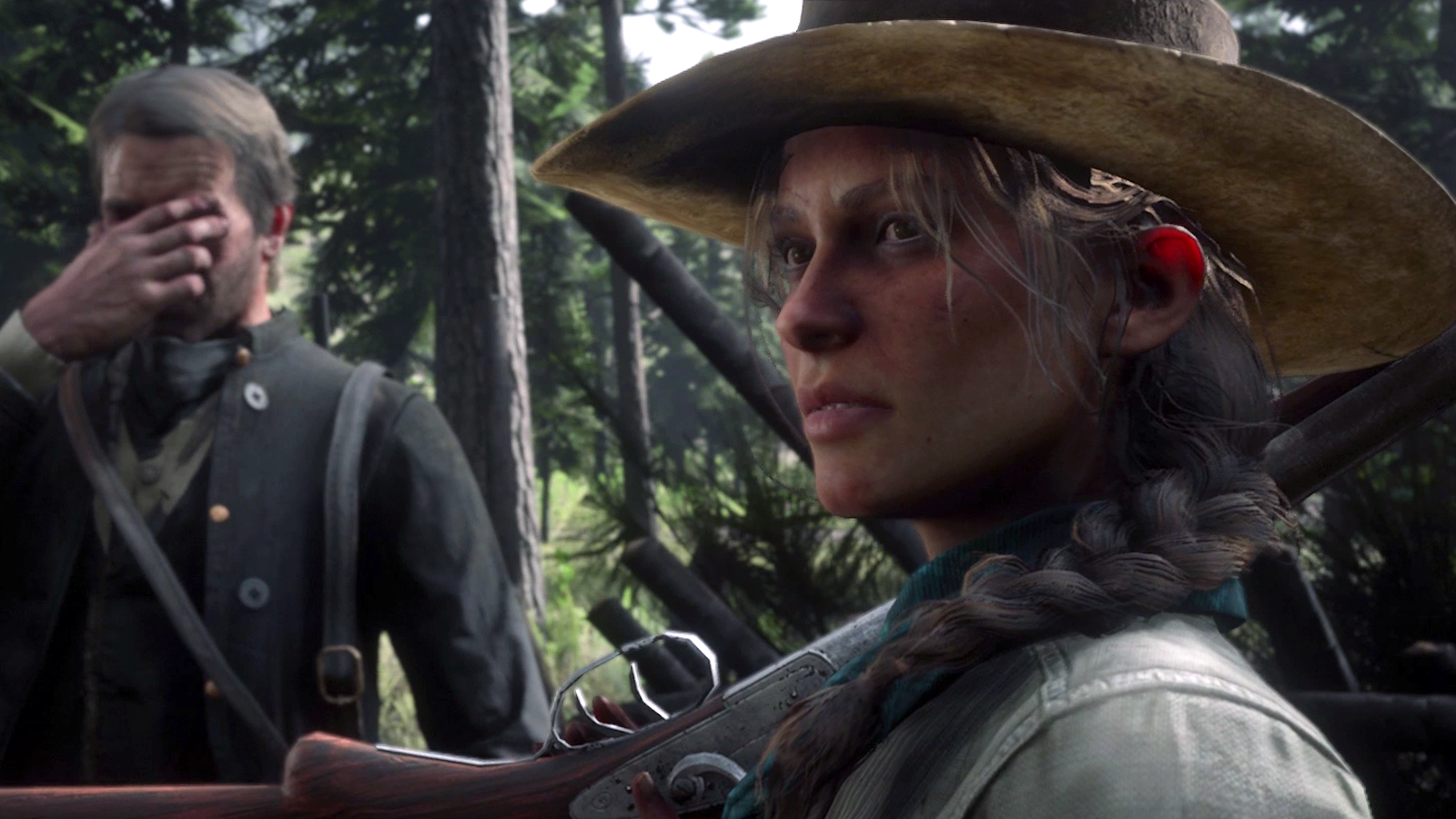 What more can I say about Rockstar’s stubbornly strange, wonderfully rotten, self-critical opus that I didn’t already say in my review? I don’t know. Not much, I guess. Just go read that. 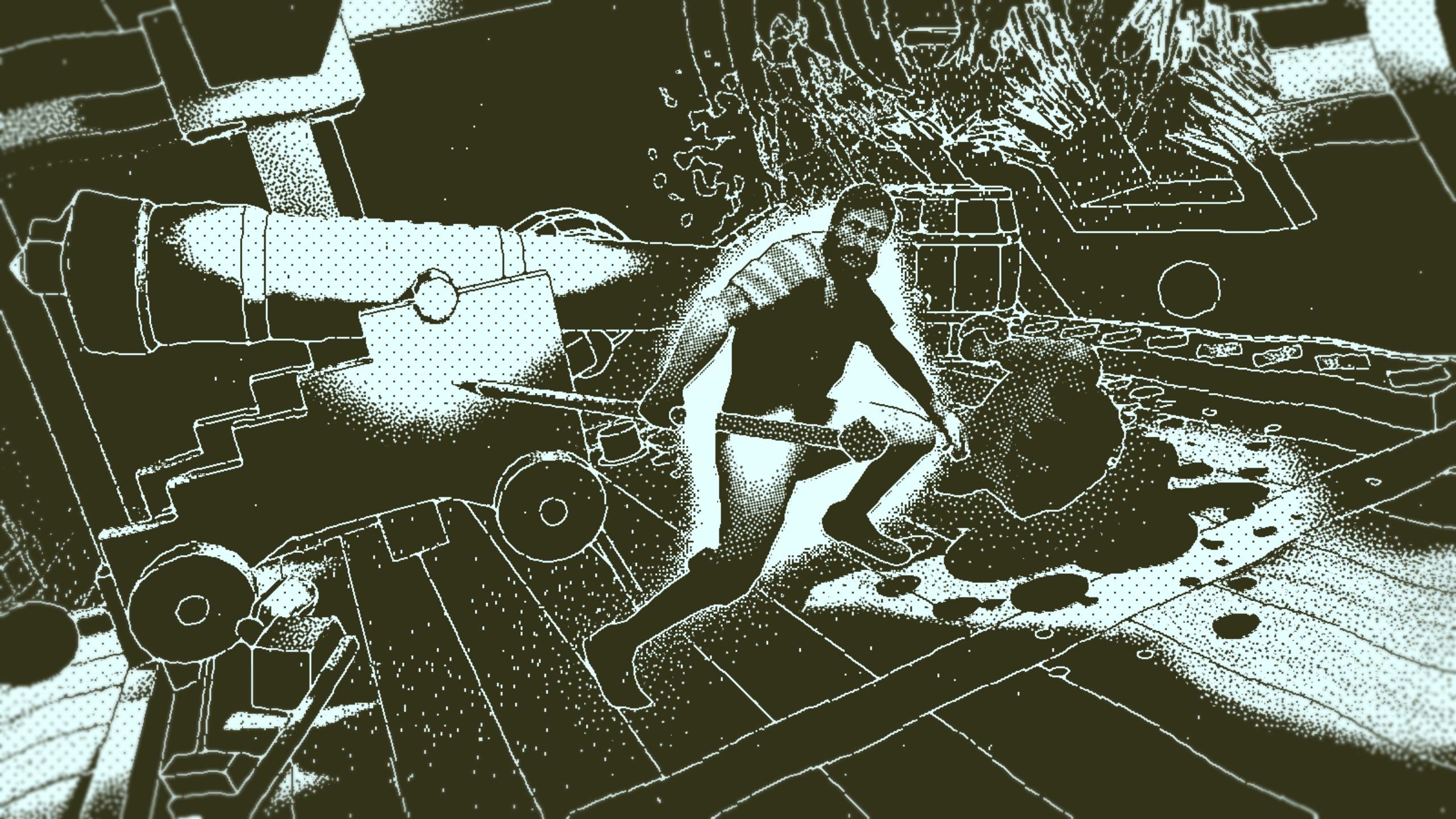 9. Return of the Obra Dinn

Most of my favourite games stick with me, and Return of the Obra Dinn has refused to leave my head since I completed it. I played this one collaboratively on the couch with my partner; we spent hours developing a complex shared shorthand for the crew members’ identities, their fates, and the chambers of the ship itself. The way Obra Dinn encouraged us to solve puzzles—by going over the ship again and again, replaying each memory in hopes of spotting a new detail or making a new connection—caused the game to attach itself like a barnacle to my subconscious. I still shudder when I think about what happened midship, and I still feel bad about what befell the artist. I found Obra Dinn rewarding, surprising, and not really like any other video game I’ve played. 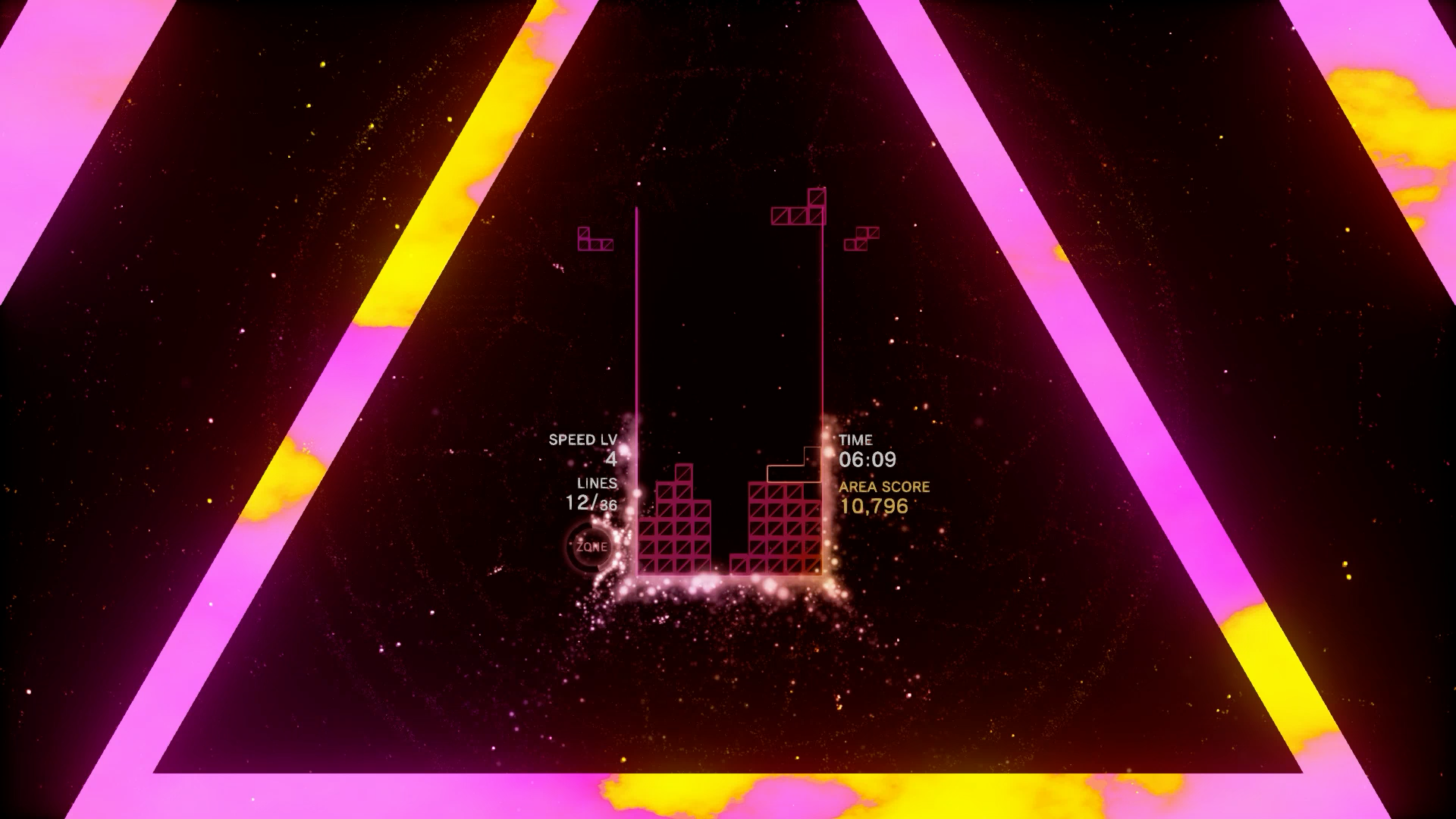 It says a lot that I love Tetris Effect despite the fact that I’m lousy at Tetris. Fortunately, I really like music, and am a sucker for musical trance-games that turn gameplay inputs into rhythmic performance. Tetris Effect is ruthlessly dedicated to affecting its players with its titular syndrome, where you’ve become so in The Zone of playing a game that The Zone bleeds into your everyday life. It achieves its goal by combining beautiful visual landscapes with some of the best gameplay-triggered soundtrack layering I’ve encountered in a video game. I also dug playing this game in PSVR—if the current generation of VR devices are primarily remembered as elaborate visualisers for games like Rez, Thumper, and this one, I’m okay with that. Pictured: Gaarkhan prepares to do his bloody work.

Bonus entry! I’m putting this 2014 tabletop game on here because I started playing it this year, and it is so freakin’ good. Of course, my colleague Luke Plunkett told us that back in 2015, so I should’ve been paying closer attention.

This year I was fortunate enough to get invited to join a friend’s weekly board game group, and for the last couple months we’ve been playing through a campaign in Imperial Assault’s Return to Hoth expansion. I play as a Wookiee named Gaarkhan, and my Monday nights are now dominated by strategic debates (“When do we send in the Wookiee?”), line-of-sight deductions (“Can they shoot the Wookiee from back there?”), careful turn manipulation (“If the Wookiee moves now, he’ll be able to kill all three storm troopers!”), and always, our Imperial overlord, quietly smiling as he waits to unleash some new disaster upon us. If you like tactics games even a little bit, I strongly suggest you do whatever you can to put together a group, get a copy of this game, and start playing.