Before PlayerUnknown’s Battlegrounds released, it had become a viral sensation on Twitch, sold 13 million copies and even got its own esports tournament complete with a $350,000 (£273,000) prize pool. It was in early access, a public, but incomplete version of the game sold to help publishers bankroll the game’s development and invite user feedback. It was PUBG’s crawl toward a full release that tipped me off that “early access” is in fact a meaningless term.

While PlayerUnknown’s Battlegrounds was in early access, it received something like 40 significant updates. On 20 December 2017, it “left” early access, receiving a new map, vaulting mechanics and vehicles. But the patches didn’t stop after that: between December 2017 and October 2018, there have been over 30 patches.

In 2018, it’s hard to say what “early access” means. It’s a way to make money and test out a game, sure. But games like DayZ have been kept in early access for upwards of five years. Other games, like Star Wars Battlefront II, were never technically in early access, but changed so significantly post-release that their first few months live may as well been. Hell, Fortnite is still in early access and it’s become the most explosive gaming sensation of all time. Increasingly, “early access” is the white-grey portion of a game’s long, gradient lifespan.

It used to be that you’d walk over to the store, and buy, say, GoldenEye 007 for the Nintendo 64, then go home and play it. It was a finished product. So long as you were playing, GoldenEye 007 didn’t change. Its developers didn’t solicit feedback from you. It didn’t get new weapons, or animal onesie costumes or a whole battle royale mode. It also didn’t get bug fixes or improvements. Today, most AAA games are fluid and ever-changing. Innumerable critics have described how games change post-1.0 launch as part of a well-documented trend called “games as a service.” Developers hook players by releasing a slow and steady trickle of new features and content to AAA games, which, for big companies like Ubisoft, earns them a lot more money. 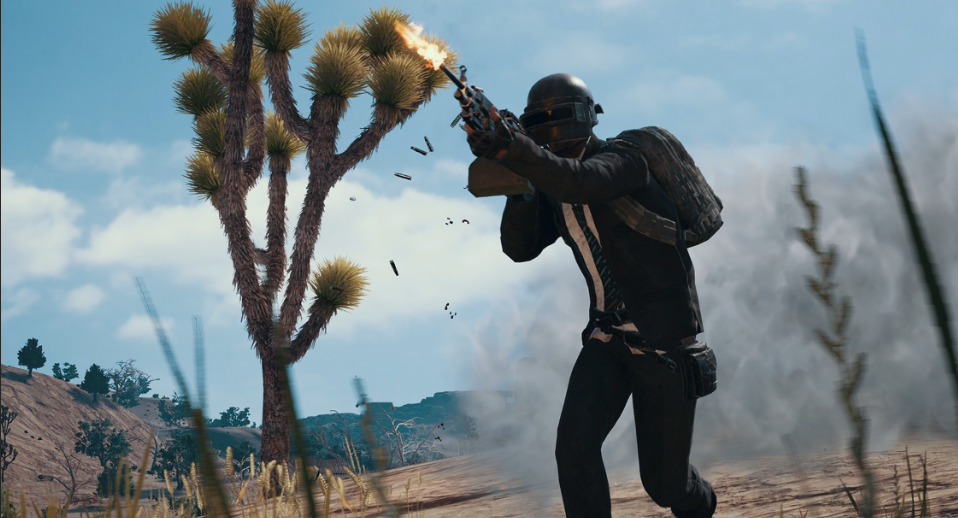 It’s hard as hell to make video games in 2018 considering players’ high expectations, a flooded market and the time and resources it takes to get things right. All of that can be traced back to money. And to get the money to make a successful game, lots of games are becoming more fluid pre-1.0 release, too. To quote Kotaku features editor and noted video game veteran Chris Kohler, “The quintessential video game release date used to be ‘when it’s done.’ Now it’s ‘before it’s done.’” There is no final state of completion for many of the top games today, which renders “early access” a meaningless term.

Almost a decade ago, Markus “Notch” Persson was developing Minecraft in between cleaning up bugs on the photo website Jalbum.net. To earn some money as he worked on the game, Persson allowed curious fans to purchase an early version of the game at a discount. Those same fans would receive subsequent updates for free. Eventually, there would be a full game in two years. It was one of the gaming world’s earliest instances of an “early access” model, and for Minecraft in 2009, it was a smart move.

Minecraft’s current chief creative officer, Jens Bergensten, told me that “when Minecraft became available in its primitive alpha state, ‘early access’ was not really a thing. Indie developers would usually have a shareware model, or ask for donations.” Minecraft was on the cutting edge of the early access funding model, and for them, it worked. Persson updated his users with sometimes a dozen Tumblr blogs a month throughout 2009 and 2010 detailing the state of the game, fans’ responses and tweaks he was implementing. “Should Minecraft have blood?” asked one post. Another: “0.0.12a is up. What’s new? + Water + Lava + New level generator + Added a hotkey (N) to create a new level without starting over + You can now press F to toggle rendering distance.”

Minecraft earned lots of money in early access and, in 2011, it saw a “final” release. By 2018, it had sold 154 million copies and retains 91 million monthly players—and it’s still changing constantly, to the point where today’s version of Minecraft looks nothing like that 2011 release.

Today it’s common to see headlines like “Four years later, The Forest leaves early access” or “After five years of early access, RimWorld finally has a release date.” Curiously, a lot of the games that remain in early access for long periods of time—most notably, Fortnite—have reportedly made hundreds of millions of dollars. To me, that indicates that their developers are not using “early access” as a funding model. They’re using it as a diversion tactic.

Early access is a great way to lower users’ expectations so they can enjoy something simple, unpolished or flawed. Take PUBG, for instance. PUBG was buggy from the moment it landed on Steam. It only had one map. And players couldn’t even jump or vault over things. It felt incomplete. Yet that didn’t bother the millions of gamers who bought it before its official release. It didn’t bother tournament organisers or investors who wrapped a well-moneyed esports extravaganza around it. It didn’t bother me, at least after I gave myself up to the hype bandwagon and began appreciating what made PUBG so special.

Perhaps one of the largest classes of people whom it did bother was critics who couldn’t decide en masse on whether to review PUBG in early access. Kotaku didn’t. We weren’t sure when the right time was to say something definitive. (We ultimately reviewed it on 22 December.) But by the time the game released “in full,” it hadn’t significantly changed—it just had one more map, some new vehicles and a couple new mechanics and features, but still the same glitches (and a few new ones). Held up to typical review standards, PUBG in early access might have flopped despite its massive and ubiquitous hype. How were reviewers supposed to grapple with the combination of addictive gameplay and deeply flawed mechanics?

It turns out at many didn’t have to—at least until nine months after its initial public release. At that point, PUBG’s “official” debut was met by some truly conflicted reviews by big gaming publications. Now, nearly a year after that debut, its reviews on Steam are “mostly negative.” Why? It’s all about expectations. PUBG is still growing into the game that fans wanted it to be, and likely will continue to do so for some time. But, to many, it still doesn’t feel good enough to be called done. (Bluehole, PUBG’s publisher, declined Kotaku’s request for comment.)

What’s become apparent is that slapping the “early access” descriptor on any game is a great way to avoid the scrutiny of over-critical gamers.

It’s the same deal with Fortnite. Why is Fortnite in early access? It’s hard to imagine anything about it changing significantly, especially since it’s the most popular game of the year. It’s also hard to imagine its developers slowing down on their biweekly content updates, which have become much of the game’s pull to huge audiences—even after an official release. With that said, Fortnite is not without flaws, and many of those flaws would appear unforgivable to fans if the game was fully released. Fortnite regularly retracts new content, citing bugs or insufficient testing. Fortnite’s much-anticipated “playground mode”—a free-for-all practice feature that arguably should have been in the game to begin with—was taken offline quickly after its launch, only to be re-released a week later. Over a dozen items met the same fate, some of which have not been seen again.

If Fortnite’s life cycle—like much else about it—echoes PUBG’s, its early access and post-release life will look much the same. “Early access” when applied to these games means nothing. 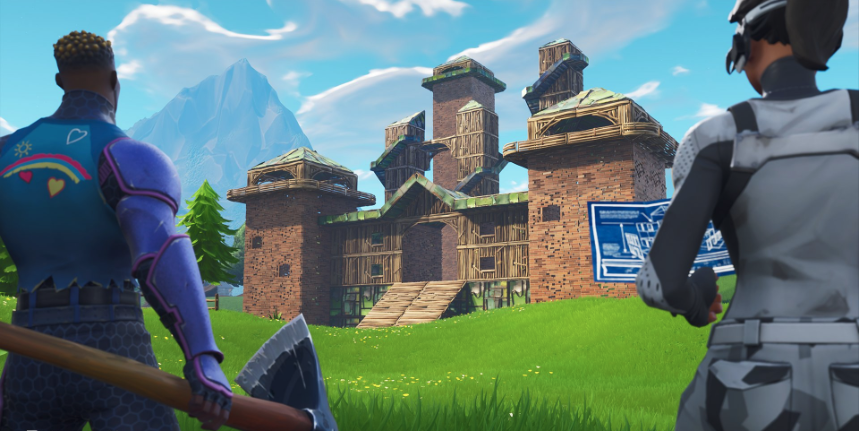 Not all studios who use the early access funding model are being disingenuous about it. Lots of them have flagged monumental breaks in game development as their early access’ finishing line. Jesús Arribas, the director of Numantian Games, who makes survival strategy game They Are Billions (which has been in early access for a year) told me that early access games should be “as polished as a full game,” adding that They Are Billions will leave early access as soon as they finish their campaign. For survival shooter DayZ, which has been in early access for five years, brand manager Martin Culak told Kotaku, that “DayZ will leave early access when we have a functional core gameplay loop built on our new engine, and when we get through at least a basic balancing and bugfixing pass.” (DayZ went through a “complete technology overhaul.”)

The makers of deck-building game Slay The Spire are also waiting to complete everything in its official, public “roadmap” before releasing in full, lead designer Anthony Giovannetti told me over e-mail. The only items left are “The true ending + secrets” and “Steam trading cards.” 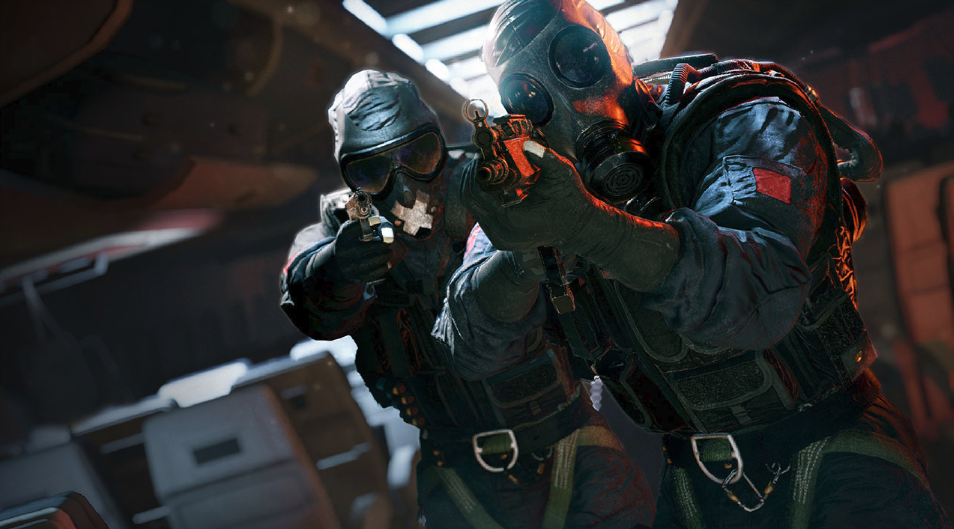 Blurring the lines between “early access,” “release” and “post-release” plays right into 2018’s trendiest and most lucrative development model: games as a service. Lots of AAA games change significantly in the weeks, months or years after they’re released. Tom Clancy’s Rainbow Six Siege launched to middling reviews, many of which complained how it only had one player-versus-player mode, a crappy progression system, no campaign and few maps. In the intervening years, players were gifted a boatload of free DLC packs that turned the game around. Now, it’s one of the most respected games in its genre. In fact, its highest concentration of players was online late February, 2018—over two years after its initial launch.

Is today’s Rainbow Six Siege the version of the game players wanted in 2015? Probably. And in fact, in today’s climate, the Rainbow Six Siege that existed between 2015 and 2018 could have been labelled “early access” and it might not have made any difference at all.

Super-hyped space exploration game No Man’s Sky was widely considered disappointing when it released, but by 2018, it had become the game players had hoped for throughout its three-year pre-release marketing. Post-release, Diablo 3 had its entire auction house removed, a new adventure mode added, new classes, a fifth act and a fresh difficulty system. Improving and iterating on what players want is unarguably good for a game’s playerbase, although this all raises plenty of questions about what should be in those games on release in the first place.

Early access means nothing anymore, if it ever even did mean something. In a world where games are constantly changing, and where even the most polished big-budget AAA games receive a stream of regular patches, the concept is simply obsolete. Maybe the truth is that in 2018, all video games are early access.