I Really Want to Help Spider-Man Find All His Backpacks

Spider-Man has done the unthinkable and turned me into a completionist. I hate busy work and repetition, and I’ve never 100%’ed a game in my life, but Spider-Man’s various idiosyncratic collectibles changed all of that.

As I said in my review, I enjoyed most of the side missions, but I especially loved hunting for Peter Parker’s backpacks and snagging photos of Manhattan landmarks and Marvel easter eggs. Usually, stuff like this strikes me as tedious filler—a substitute for longer story missions or more interesting post-game challenges. In Spider-Man I felt compelled to find all of this stuff, as if doing so would help organise the city into someplace manageable and quiet where I could finally relax. 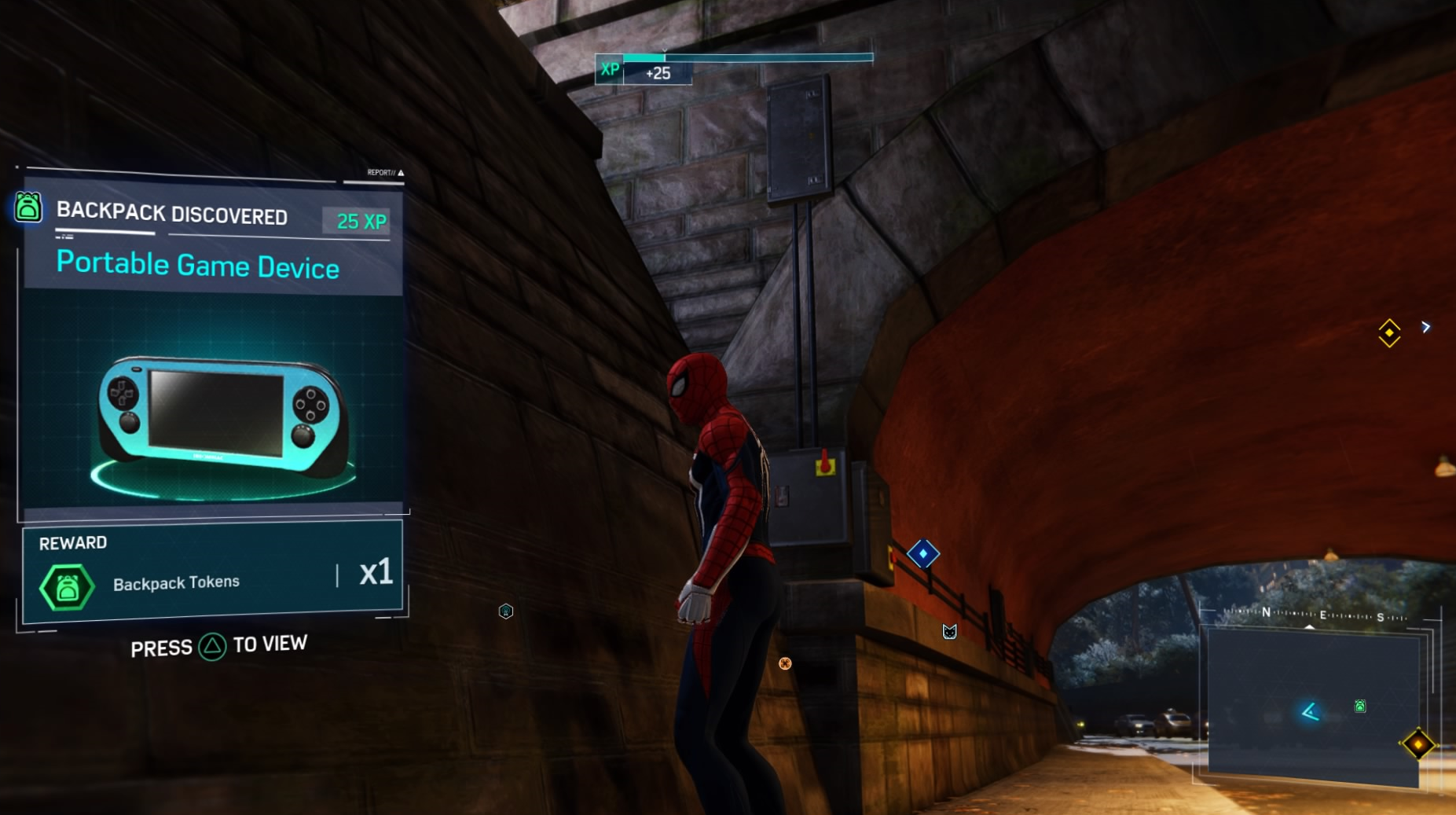 I’ve never felt more seen than when I stumbled upon a knock-off Vita near the Brooklyn Bridge.

In terms of the backpacks, it makes sense that Spider-Man would need spare changes of clothes and mementos peppered throughout the city. After all, he’s spent years having to drop whatever he was doing, wherever he was doing it at, to go fight crime. I felt anxious thinking about how many backpacks were still out there in the game, carrying curios ranging from a vial of the Lizard’s blood to the application for a flat in Bedford Towers starting at $3000 a month. Insomniac kindly didn’t make the bags terribly hard to find and even attached interesting little nuggets of lore to each one. Ultimately, finding them felt like a way of helping stitch Parker’s life back together. If the moons in Mario Odyssey had as many personal touches and existential weight attached to them I might have been more diligent there as well. 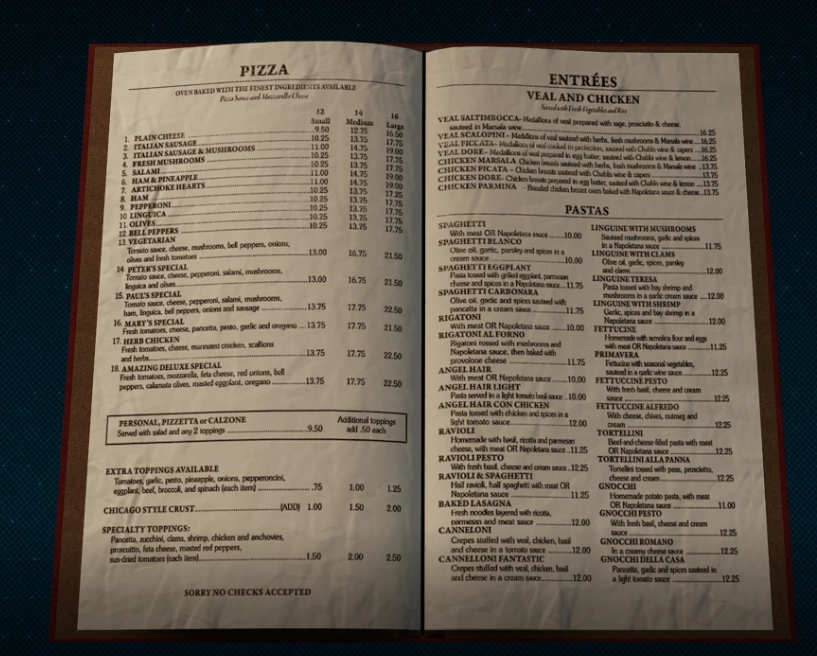 The crinkled menu from Peter and Mary Jane’s first date is a lovely touch, and something I wish I still had from my own first date.

There are also dozens of landmarks in the game to take photos of while web slinging by. Rather than make it into a chore, the game lets you slow down time as you whip your camera out mid freefall to capture some of the city’s most beautifully blurred architecture. There are also 50 secret photo ops in the game, which don’t show up on the map unless you unlock an ability later on. For the first half of the game it was fun to occasionally pull out my camera just to take pictures of interesting details only to realise I’d stumbled upon one of these hidden locations. By the end, being able to track them automatically helped me check the rest off my list without pulling my hair out. 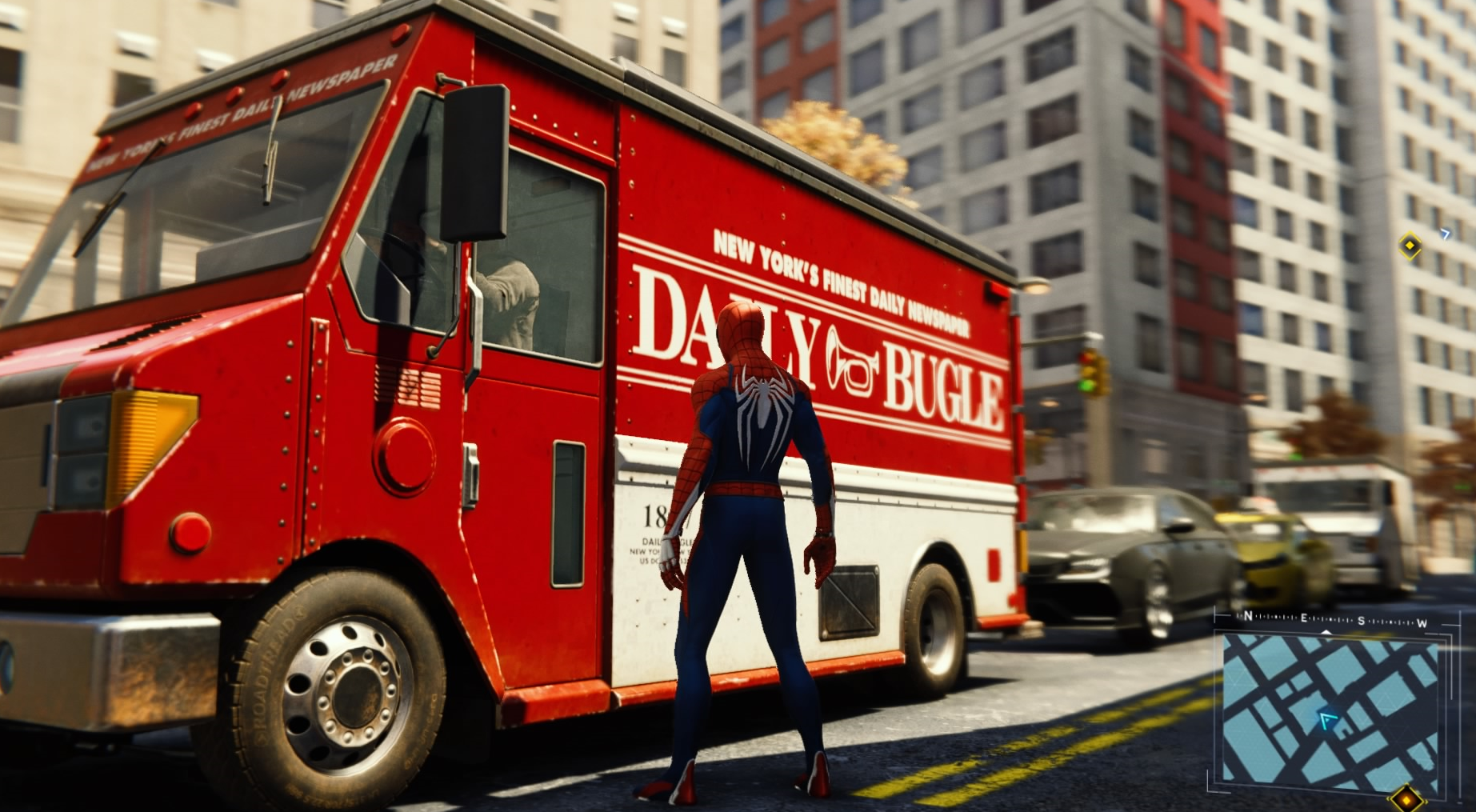 Beyond the highlighted collectibles like backpacks, landmarks, and tokens, Spider-Man is also filled with Daily Bugle newspapers you can collect, voice recordings, and episodes of J. Jonah Jameson’s podcast, each filling the game’s open world with some much appreciated flavour.

Nothing in Spider-Man overstays its welcome, including its collectibles, which is one of the key things that makes them so compelling. Another is that each provides a token or builds towards unlocking some other suit or gadget in the game. Backpacks and photography aren’t just a way of deepening your connection to the world, they also pay for upgrades that further develop and expand how you can interact with it.

Perhaps more than anything else, wiping off every last marker from the map in Spider-Man is so easy to do because of how great it feels swing through its city streets and over buildings. There are times in games when I’ve looked across the map at something in the distance only to dread the toil involved in getting there. In Spider-Man I was always searching the horizon for another crime to stop or token to grab. The game has fast travel but I almost never used it. If a future update to the game suddenly speckled the map with a new type of thing to collect, like, say, rogue spider-drones, I wouldn’t even be disappointed. It turns out even the most laborious seeming chores can feel exhilarating when you can shoot webs out of your hands and somersault over the empire state building while doing them.