Doctor Who Infinity Tells Amazing Stories For a Match-Three Game

Before it was reborn in 2005, science fiction mainstay Doctor Who survived 26 years of flimsy sets, questionable costumes and laughable effects by telling great stories with excellent talent. That’s also what raises Doctor Who Infinity above the match-three game that serves as its foundation.

Released in early August on Steam and more recently on iOS and Android from Tiny Rebel Games, Doctor Who Infinity is a match-three game, which initially put me off. Not that I am averse to lining up gems to make them disappear. It’s just match-three games aren’t known for their narrative delivery. Plus I’ve played plenty of Doctor Who-flavoured match-three in the form of Doctor Who: Legacy, the popular mobile game also developed by Tiny Rebel.

But I am a lifelong Doctor Who fan, so I couldn’t resist the call of a new game for long. I secured a copy of Infinity from Steam, started it up, and was pleasantly surprised to discover it’s more of a storytelling game that uses match-three as a hook, rather than a match-three game that happens to feature Doctor Who characters. It’s episodic interactive fiction where each episode features its own professional writer, comic book artist and voice talent from the show.

The first episode, The Dalek Invasion of Time, begins with an extensive narrative/tutorial voiced by Michelle Gomez, the Scottish actor who plays Missy (the female version of evil Timelord The Master) in the show. Gomez’s performs carries the same playful menace as it does on the telly. British novelist George Mann, who wrote the story for the episode, captures the character’s spirit perfectly, and Gomez makes it sing. 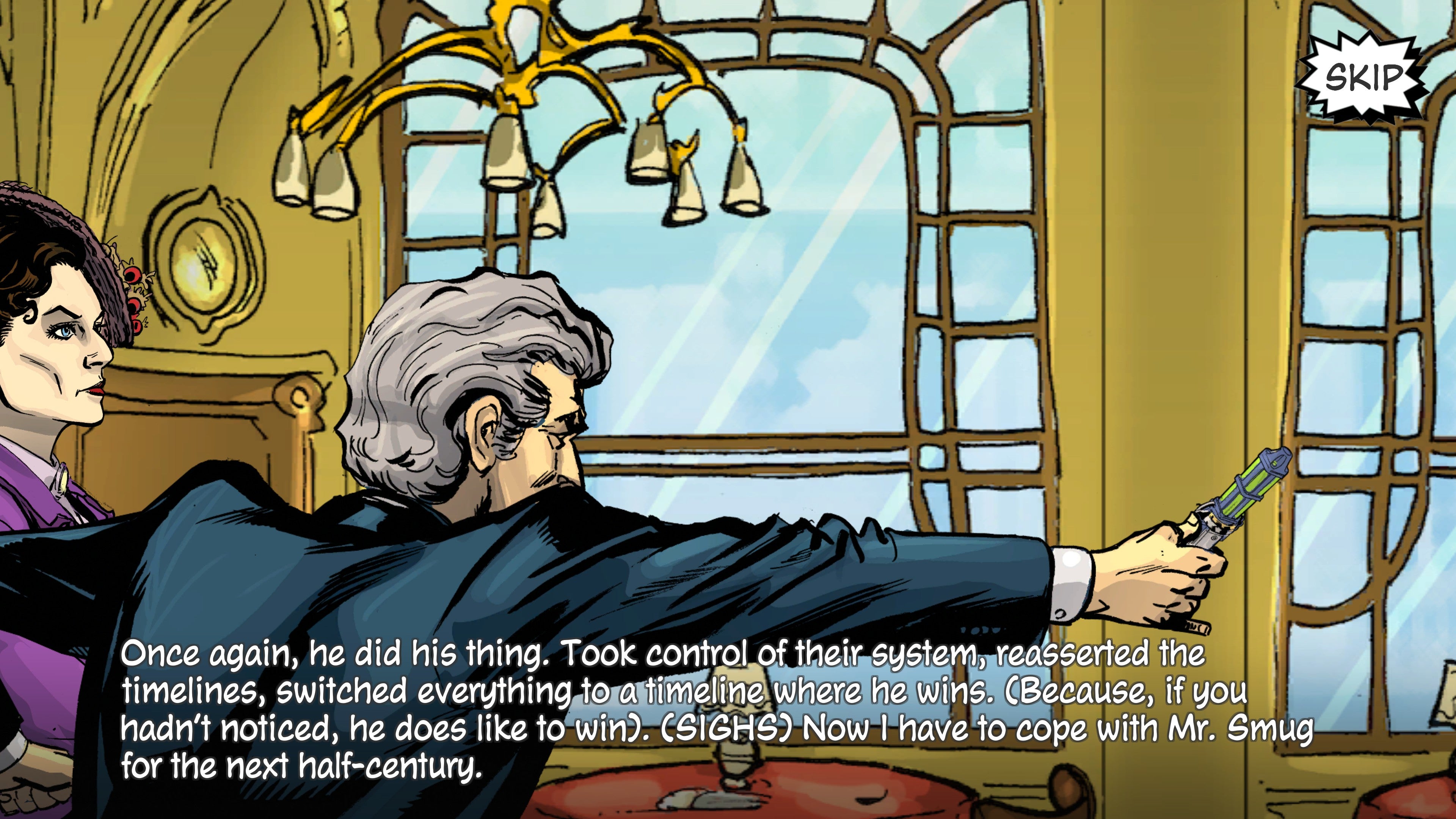 Comic book artist and writer (and Doctor Who storyboard artist) Mike Collins contributes visuals to the episode. It’s really like flipping through an interactive comic book. One that just happens to break up the narrative in order to play a few rounds of match-three. 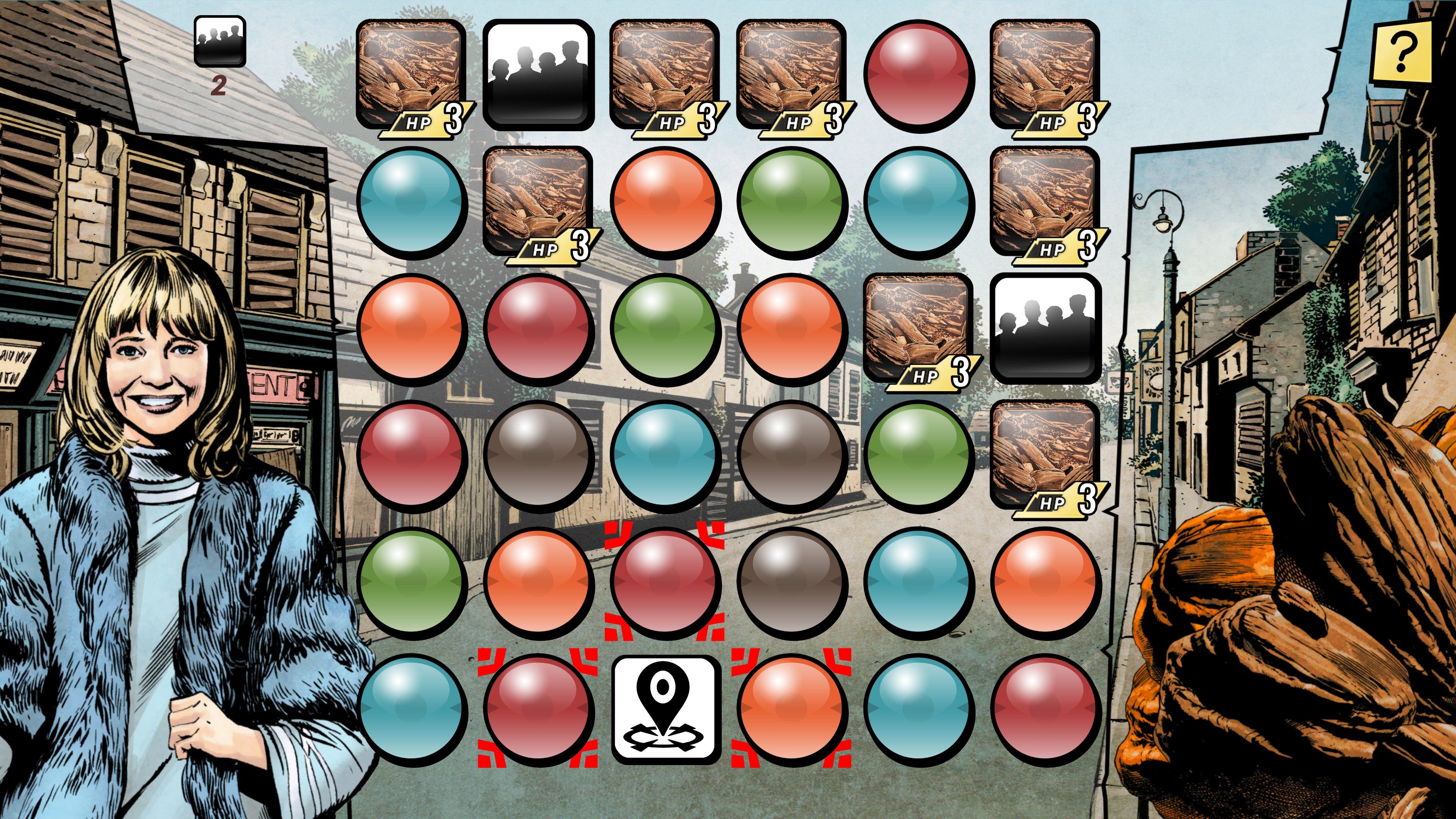 And the match-three action isn’t bad. It’s certainly not basic. Rather than simply disappearing gems, each board features some sort of gimmick pertaining to the story. In the screenshot above from the game’s second episode, The Orphans of the Polyoptra (written by legendary Doctor Who scribe Gary Russell and voiced by third Doctor companion Katy Manning), the player must match orange gems near patches of rubble to destroy them. Once the rubble is cleared, the freed citizens can head to safety. 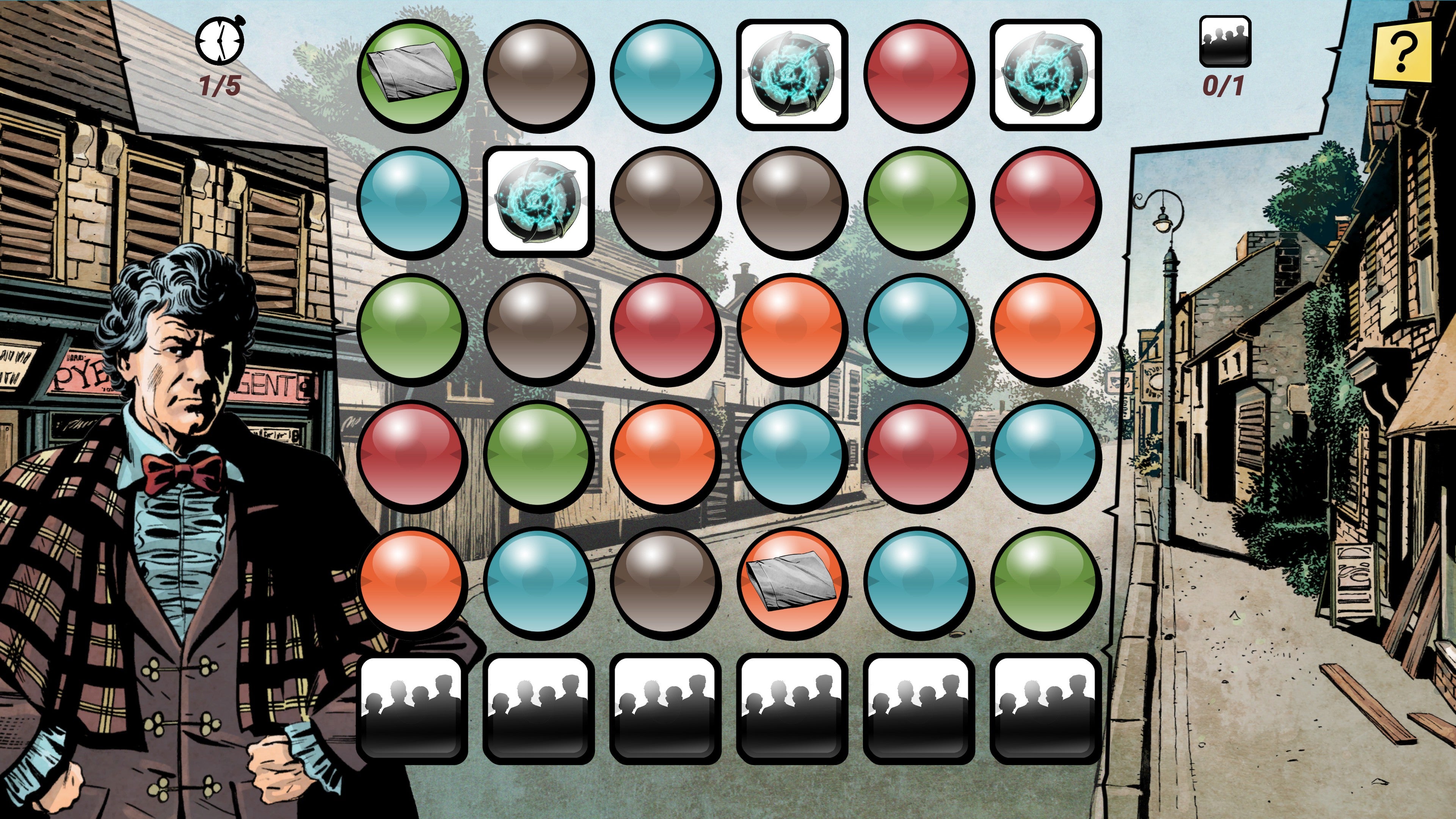 Later in the same episode, the Doctor must match pillows beneath falling bombs in order to keep them from killing civilians. What seems like basic match-three in screenshots is actually a very clever and often quite challenging little puzzle game. It’s exactly the sort of thing a Timelord would appreciate. 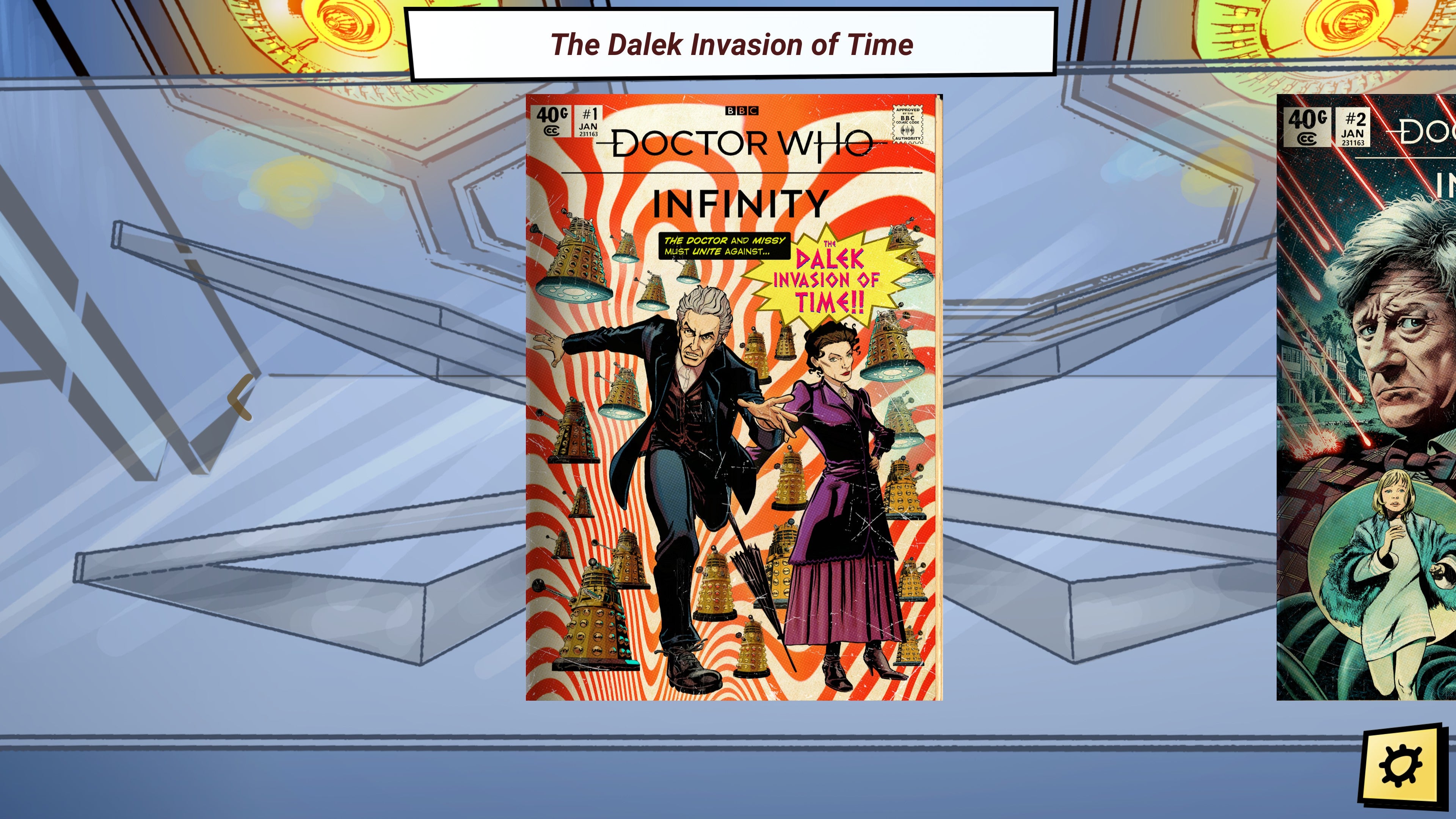 Doctor Who Infinity is currently available on Steam, iOS and Android. The mobile version is a free download, with episodes costing £4.99 each, while additional Steam episodes are £4.79. There are three episodes available now, with at least two more due out by the end of the year. If Tiny Rebel Games can keep securing amazing voice, writing and art talent, I’m down for whatever adventures they send my way.

By Tom Pritchard on at

GAME is Shutting 40 of its High Street Shops

By Forest Lassman on at

How Game Companies Use Credits to Reward, or Punish, Developers