The first time I died in SCUM, I was exploring a military base for supplies. After scrounging a backpack and some high quality gear, I stepped outside and right into the path of a giant goddamn robot. It shot me, and I fled into the forest. Unsure what to do, I sat by a river until I died. The second time I died, I ended being chased by a wild boar with a pickaxe stuck in its nose. Because sure, why not?

SCUM is an early access survival game that’s been dominating Twitch for the last week. I’m a fan of hardcore simulation games like Escape from Tarkov, so I spent yesterday afternoon taking a closer look. I found a game of bafflingly overwhelming options that is perfect for creating wild stories. In SCUM, you create a prisoner dropped into a map of ruined towns and hostile zombies. The goal is simply to survive. You can team up with other players on a server or try to make it on your own. It overwhelms you with information, letting you know how much vitamin D you have or your exact heartbeats per minute, but SCUM mixes that level of fidelity with some truly off-the-wall player experiences. 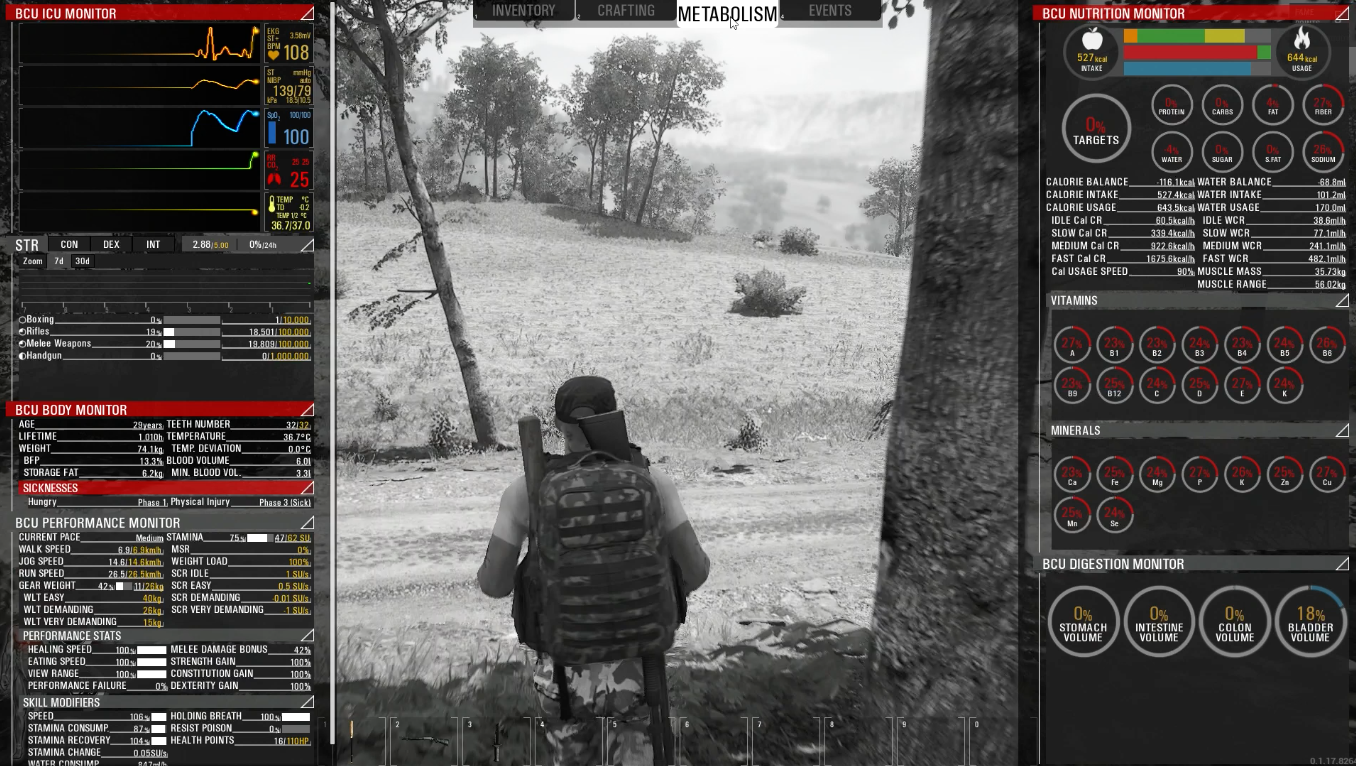 Nothing is explained. You enter a harsh world with no idea of how to craft or heal. That obstinate insistence at leaving the player completely to themselves can be rewarding—I felt like a genius when I managed to cobble together a stone axe—but it also meant that my initial hours were spent wandering around like a giant, tactically equipped baby. I wandered from store to store, pilfering spare oranges and grinning like an idiot when I managed to find a decent jacket. One time, nearly dehydrated and far away from any water source, I chugged a can of tomato sauce. It didn’t work.

SCUM works best when the simulation breaks into something more humorous. The boar with the pickaxe was my fault: After the wild boar attacked me, I responded by throwing my pickaxe right into its face. The boar didn’t die. Instead, it ran around with the pickaxe embedded in its nose, and I chased after it in a frantic attempt to get the useful item back. Our Benny Hill routine lasted about ten minutes before the boar turned around and gored me to death. 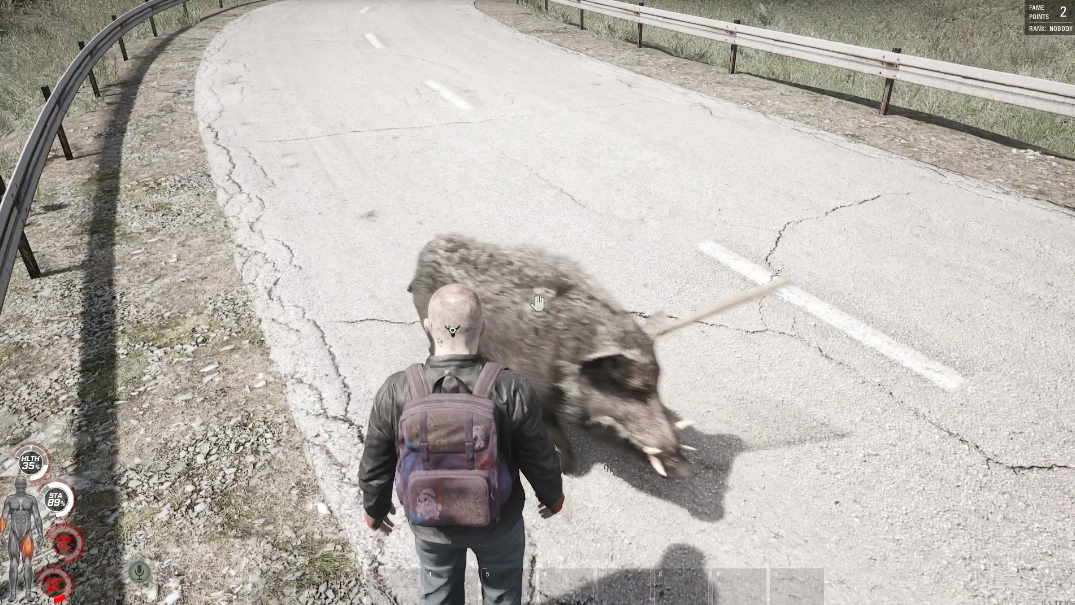 These moments, with their mix of stupid slapstick and sudden tragedy, are the thing that streamers dream of. SCUM has enough of these opportunities—naked players with stone knives, miscalculated jumps from buildings that lead to broken legs—that we’ll see tonnes of silly clips on Reddit.

SCUM doesn’t have an identity of its own yet. The highs are pretty great, but the game is mostly full of wandering. That said, you have the option to poo pretty much whenever you want, so it can’t be all that bad.